The Metropolis Pool Party continued on late into the afternoon as the sun bathed down on the Austin, Texas audience.

Next up was a dreampop outfit out of Chicago called Lightfoils 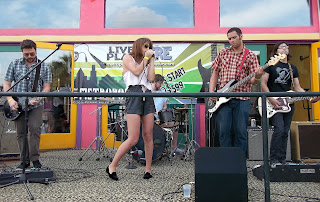 Taking their name from the scientific discovery that light has ability to lift and steer objects, Lightfoils aspires to create complex music that sends the listeners on a musical journey that ultimately catapults them into a state of pure sonic-infused reverie. 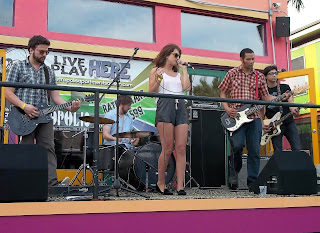 As they transport their listeners and send them on that voyage, they too take themselves on their own flight, with a final destination of establishing a unique sonic signature. 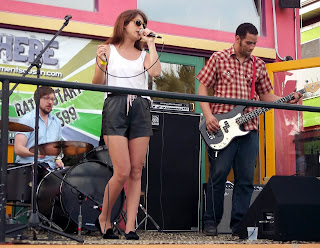 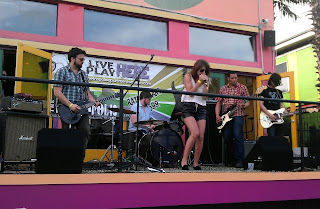 Their sound is dreamy - yes.  But there is plenty of power in the rhythms and sonic shards by way of their two guitar attack. 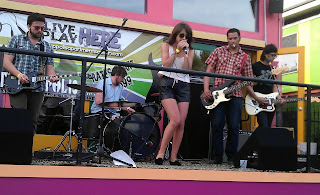 Up next, and playing their first of two shows on this day were my friends Dead Leaf Echo 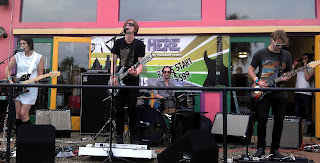 The band hit it perfectly from their first note played. 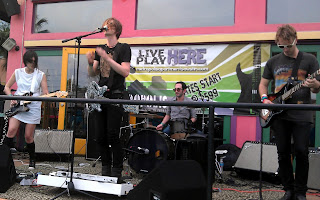 Ana, LG, James and Christo play with a cohesive style and confidence that only comes from a steady touring schedule. 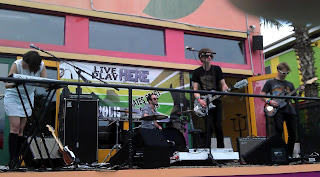 Shifting effortlessly from guitar to keyboards, Ana is the picture of concentration as the band plays on. 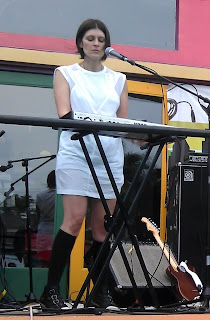 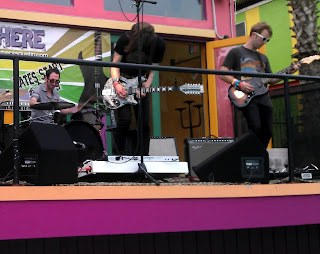 LG and the boys hunkered down, focused and riffed away. 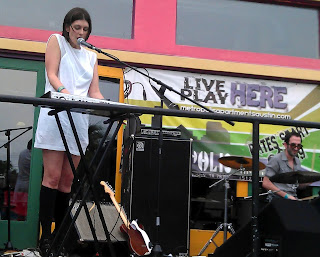 Creative vocals are as much a sonic signature as their shimmering guitars. 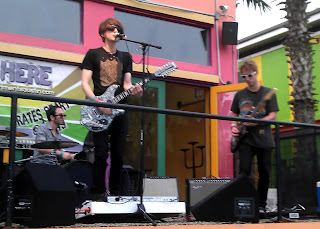 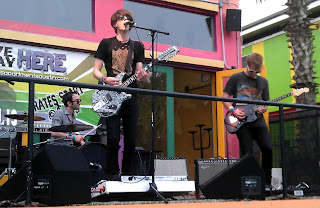 After the Dead Leaf Echo set at this space, it was soon time to pack up the van and head over the main part of town again.

Well - Dead Leaf Echo were to play their Official SXSW Showcase at the venue Treasure Island on 6th Street.

The logistics involved to get a van full of gear into the highly congested venue areas - unloaded - and then parked in designated-for-bands areas takes longer than anyone should rightly have to deal with.

However, ultimately all of that eventually gets done and there are even moments for a bit relaxation before the next show. 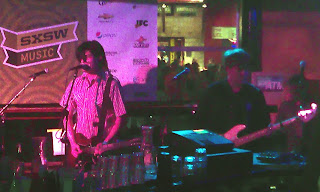 Though they professed an affinity for Dinosaur Jr., I actually heard more of a Cure influence in their sound.

However, they deliver it all with enough creativity to keep things fresh and interesting.
___________

Finally time for the Dead Leaf Echo Showcase, the band played in front of the kind of enthusiastic audience one would expect in Austin on a Friday night. 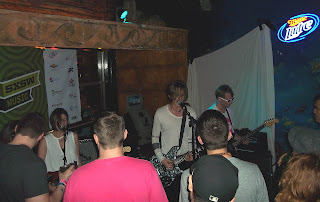 The crowd packed in tight to the front of the stage. 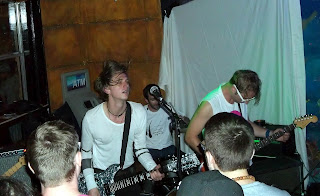 Hair a flyin' guitars a chuggin' 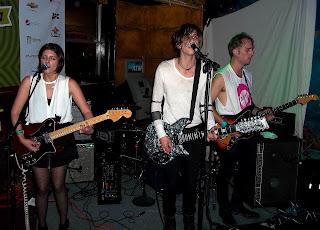 Muscling my way up front, I managed to get one clean shot for the record. 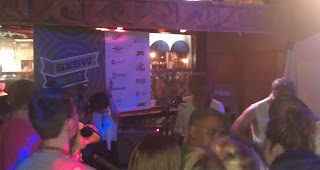 Then back into the pack.

Another successful show completed, it wouldn't be long before the van is brought around from the aforementioned distant special-for-bands-only location, and packed up for the night.
Posted by DaveCromwell at 9:22 PM

nice caps.
looks like you met a bunch of your old faves. :)

Old faves and new raves for this "son of a gun"

Good to know you are giving DLE a good listen, Mr. DJ. Be sure to play them on your radio show down there in Oz as well!

The line up of SXSW surely met your musical taste, Dave. Great entry.

Nice to see all the photos getting such a positive reaction. Please be sure to seek out the music each of these bands represent (if you haven't already).