Two distinct musical styles get the feature treatment here this time around, showcasing a wide spectrum that inhabits this genre we define as “rock music.” Alice Limoges is a musical storyteller combining pop, jazz, rhythm and blues with rock and a healthy dose of soul, while the hard rocking SickWalt pushes the boundaries of rock and punk, both creating their own unique hybrid sound. 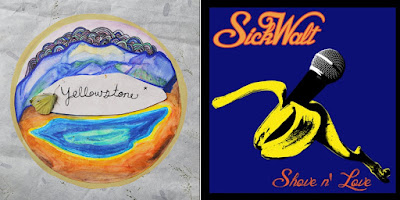 Presented here on DaveCromwellWrites is the premiere of Alice Limoges brand new video for her latest single “Yellowstone.” Released today Saturday September 14, 2019, the song and video rolls out a gorgeous blend of dazzling sight and sound wrapped around a strong lyrical message of setting yourself free. Initially inspired by the bold adventure taken via a Himalayan mountain expedition in India last year, the enlightenment gained from that extreme and difficult undertaking served to inspire this song and video's creation. 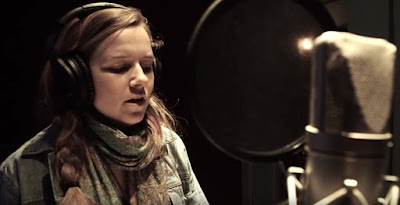 Originally hailing from the Northeast coastal state of Maine, Alice now calls New York City home. While the city that never sleeps might be the place to further your musical career, there's something to be said for the wide open spaces and natural beauty of places outside busy urban centers. Disconnecting from electronic communication devices and focusing on our planet's undeveloped beauty is an important message in these high tech times. 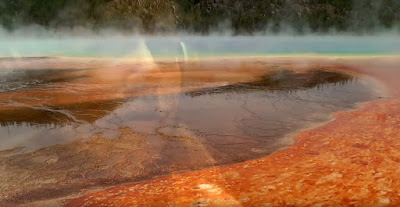 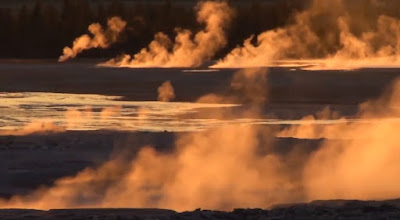 Recorded at Right Angle Studios in NYC, the song (and videos initial imagery) focuses on Alice's piano chords and melody, immediately creating the sensation of an unfolding journey. The destination of Yellowstone Park is quickly shown, followed by quick cuts of car travel and then Alice herself singing the song in recording studio style. “Lets go out to Yellowstone - Drop it all and drive tonight and on through the morning” she sings as her accompanying musicians on drums, bass and guitar are shown in quick succession. 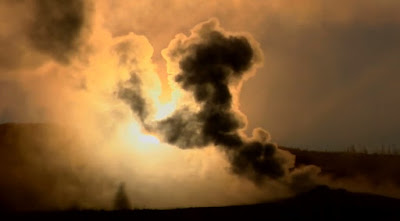 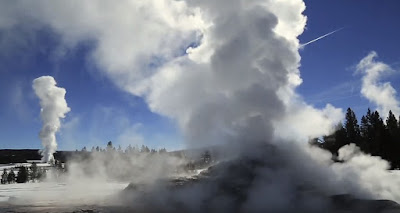 Those three instruments provide a solid underpinning combining a light-touch indie-rock backbeat to the softer feel jazzy guitar and piano chords. As for the vocals and lyrical content – while recent comparisons to Fiona Apple and Sarah McLachlan are certainly in the ballpark, Alice's hybrid sound of pop, jazz, rhythm and blues, rock and soul bring to mind the talents (and vocal tone stylings) of legendary New York “folk singer” Laura Nyro. 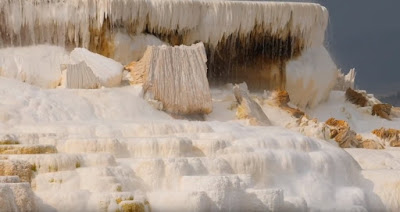 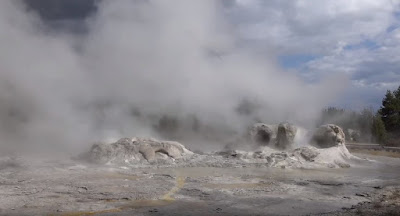 Like most quality songs residing in the pop realm, the track gets to it's dominant earworm hook in under a minute with the dramatic statement “If we leave right now - by what hour - Will they notice we went - That I didn't pay my rent - I've got these city blues - Got myself to lose - And I'll get lost soon” resolved by the lovely turn-around (and back into the verses groove) “If I stay.” The video enhances all of this further with the most stunning natural images that is the everyday majesty happening outside of city life in big sky country USA. 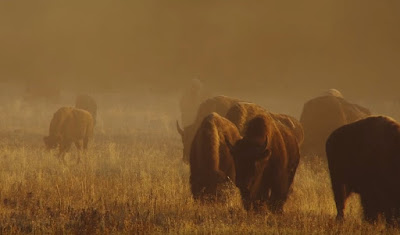 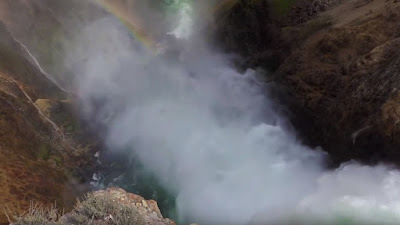 Check out this inspired song and breathtaking new video from Alice Limoges here:


*  *  *  *  *
New York City's SickWalt delivers a heavy, hard rock sound that fuses a similar energy and lyrical ethos found in the most influential punk bands. With Walt “Sick Walt” on vocals, and Matt Middleton on guitar, the band’s current lineup includes legendary drummer Eric Arce (who has played with notable punk bands The Misfits and Murphy’s Law) and bassist Rob Buckley (previously with the equally illustrious Cro-Mags). With two EP's under their belt, a full-length album “Shove n' Love” will be released on September 20th. 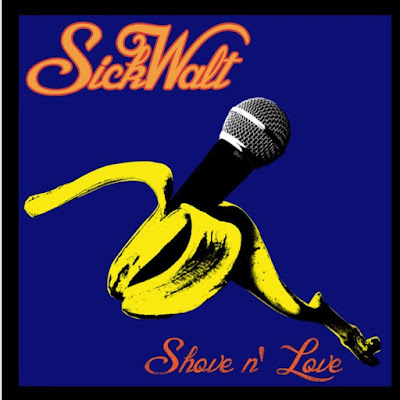 Opening track “Demand The Stage” comes out blazing from the very first note, with slashing power chords, locked-in bass guitar and drums, a riff straight out of the Angus Young playbook drives everything forward. “You're always whining on and on,” Walt sings - “yeah who you were and now you're gone.” Delivered in a vocal style that draws from dynamic front-men like Rollins, Danzig, Bon Scott and Brian Johnson, the lyrics burn at those unwilling to seize the day. “You're talkin' trash like you mean it – the saddest part is you dream it – when no one listens you scream it – and you don't know.” Key Hook Line : “You don't know – you're a know it all” - which is repeated right through the end-out. 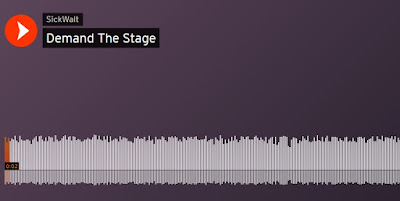 An aggressive syncopated drum pattern and searing precision guitar riffs kick off the barely over two minute “Die Like Belushi.” With those riffs initially placed between the vocals lines guitars are soon run continuously throughout. This early Stooges vibe takes a sharp turn midway with a slowed-down tempo change enhances by thundering drum fills and momentary bass guitar emphasis. While that heavy progression stomps along, quick-stop space is provided for Walt to drop in lines like “meet me on the corner of 8th and Avenue D.” The opening maniacal progression returns full throttle with the ultimate, sobering statement “when I die like Belushi, excess is what I bleed.” 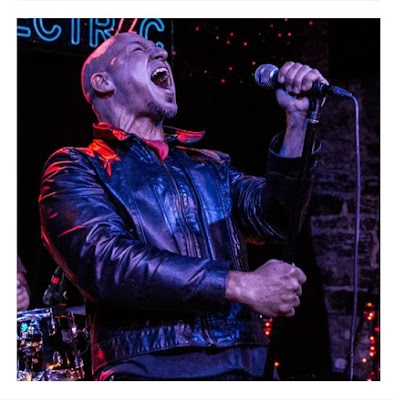 “Song For Johnny” introduces a slightly western, cow-punk feel and lyrical content that brings to mind the work of a band like Social Distortion. It's still very much in the rock genre, while hinting at the twangy undercurrent often found in the now classic recordings of X and The Gun Club. An impressive chugging guitar and rolling drum mid-section eventually bursts into a searing guitar solo that would not sound out of place with any big time southern rock band. It ends on a triumphant note with the lyric “that train is mighty.” 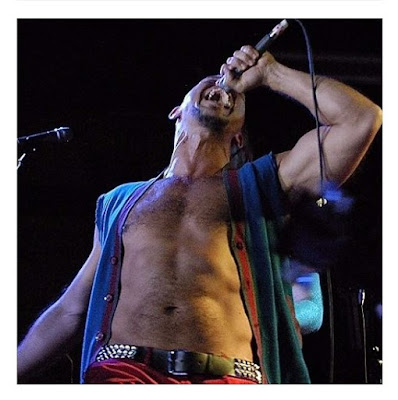 Other cuts like “Million Dollar Man” chug and stomp like the best of AC/DC. There's that Bon Scott/Brian Johnson hybrid level again in the way Walt's vocals drop between crunching Angus Young style chords. Straight ahead 4-on-the-floor drumming on the verses gives way to slithering bass, leading into a sinewy guitar solo. “My strength come from the inside” Walt sings, indicating the necessary component for the confidence needed to “strut like a peacock.” 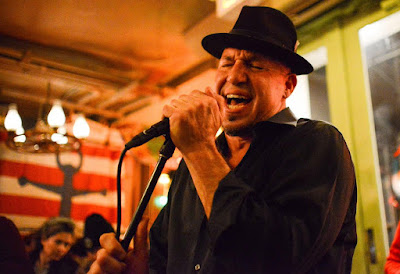 Tapping into the aggression that served The Sex Pistols so well on their “Never mind The Bollocks” debut album, “Punk Almighty” is unleashed with similar force.  “Rebellion is your nature. Attitude is the norm," Walt sings.  "Adolescent uprising. Spitting in the face of danger. . . . now a poster on my wall. Wasn't always clear. The truth hurts sometimes.  DIY is the mantra – violence is the guise. Anarchy the common theme, a wicked mind arise. So much more than the music, we keep a state of mind."   The Chorus delivers a triumphant statement:  “All hail the punk almighty, you gave us a place to stand. Turning children in to men. All hail the punk almighty, you took me to the promised land. All hail the punk almighty, you gave us everything you can.” A roll call of influential artists get name checked with Joe Strummer, Wayne Kramer and Iggy Pop earning special mention.

Ten songs in all, the full-length long-player comes out on September 20th. 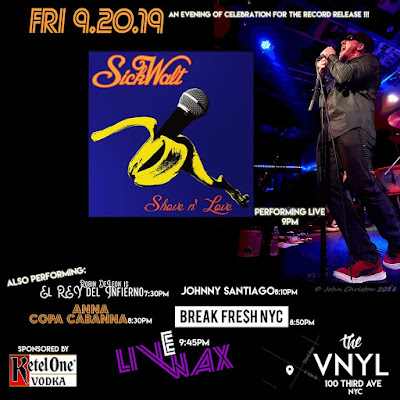 SickWalt will play an album release show on the 20th at The VNYL- Vintage New York Lifestyle 100 Third Avenue New York, NY 10003.  Find out all the details about it HERE.