The Raveonettes are back with a new album and tour!

Raven In The Grave finds the duo of Sune Rose Wagner and Sharin Foo unleashing 14 brand new songs on their eager audience.

In addition to this collection of music, which contains many outstanding tracks - they have embarked on a live show tour that is as stimulating and satisfying as their latest record. 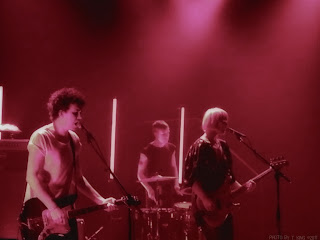 Anyone who already knows the band and their music, is well aware that Sune Rose Wagner is the mastermind and creative writing force behind everything. In addition to his literary and musicial composition skills - he is an amazing guitarist. 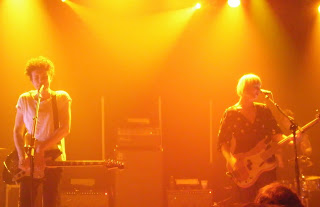 Complementing Sune since the band's inception, is still the beautious Sharin Foo - who - after a lengthy stint as a second guitarist - is now found back on the bass guitar for this go round. Additionally, Sharin's voice remains the perfect harmonious foil for Mr. Wagner. 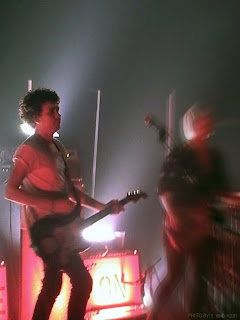 Catching their recent triumphant opening night return to New York- via an outstanding live show on Wednesday, April 20 was a treat, indeed. 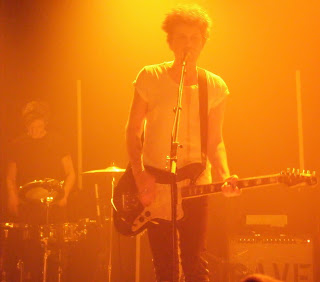 In addition to Wagner and Foo, the rest of the live unit, circa 2011 consisted of two members who mostly played drums (a two drummer set-up) and occasionally backed up with supplemental guitar work. 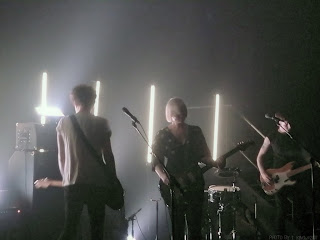 With this latest release and tour, The Raveonettes once again re-established themselves as a progressive force on the pop and psych rock musical landscape. 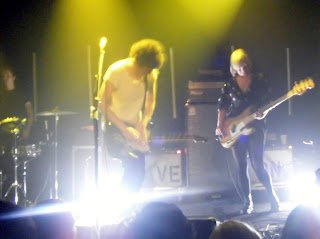 Wagner's lyrics have always had a cinematic quality to them. Subject matter of romantic desolation have made an appearance more than a few times over the years. However, on this latest record, he's taken things to a new level - as can be found on the brilliant song "Apparitions"

"In the night we'd run around in the streets, jacked up on life and hell
Thunder love has struck us again, were apparations of a sinful spell
In the harsh reality of our lives, we saw tears and tragedy
we joined the pack of rebel angels at night, like apparations of an infantry"

The sonic accompaniment is brilliant in its (at times) stark simplicity. Of course, bubbling underneath is a tension - and the explosion you know is going to come. And come it does, throttling you with the force of a jet engine.

Dark waves engulf you in these (still) uncertain times. 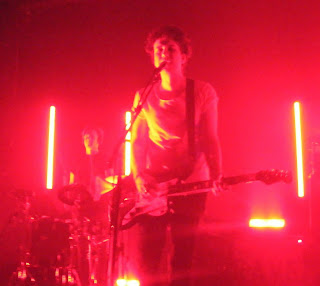 Although Mr. Wagner's themes explore the darker side of the human psyche, there is still room for the wonder of new relationships, and the excitement that can give (if they are allowed to grow). 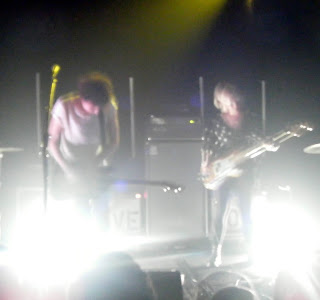 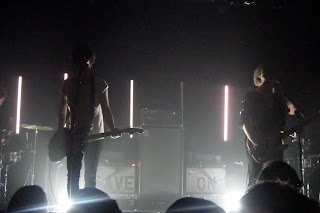 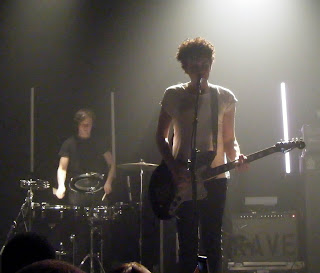 The overriding mood of "Raven" is one of acceptance. But not the kind of acceptance where you establish that you are "good." Far from it. In fact - our seeds are evil.

There's even a song by that title. Where the album title is embedded. "Like A Raven In The Grave - young lovers surely spring from these evil seeds."

"When Im sad - and our love is far behind - I long for all that time I spent with you."

Still - there is some room for playtime. "Play with fire - play with you sometimes." 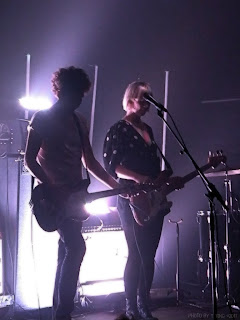 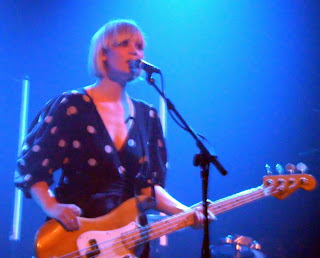 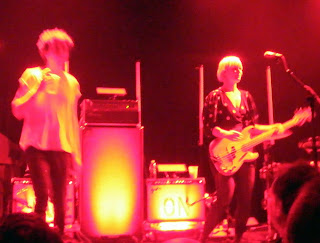 Sune does wax somewhat optimistically on songs like "Recharge and Revolt." Where he definantly declares his rebirth and intentions to lead again. 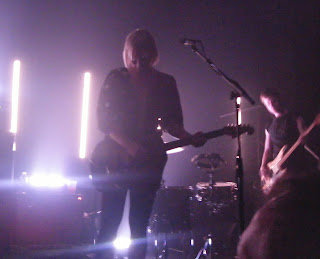 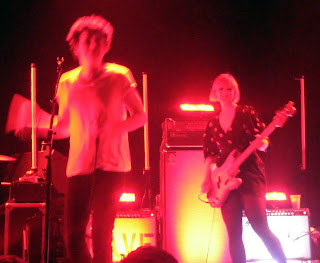 The band played two songs for their encore.

The first - Sune's sentimental paean to youthful beauty - "Forget That You're Young" - with lead vocals by Sharin. 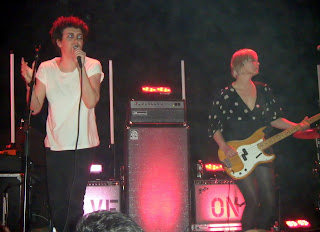 And then finally, the full on seizure enducing psych-out (for which I live for) 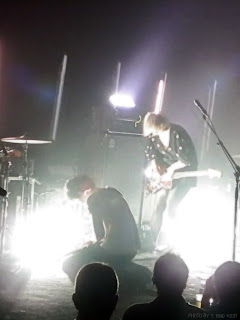 Aly - would you please walk with me?
Posted by DaveCromwell at 8:46 AM 14 comments: