Garnering much respect these days for their partnerships with high quality emerging musicians, is the burgeoning music label St. Marie Records.

With offices in Fort Worth, Texas, Seattle and Los Angeles, their catalog of recording artists is as impressive as they come. In addition to familiar friends like The Sunshine Factory, Bloody Knives, Elika, Resplandor and Drowner, three artists have new albums this year that deserve special attention. 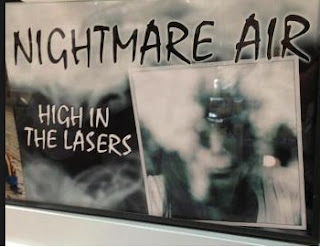 Leadoff track “Escape” establishes a pattern of sweetly sung female lead vocals and alternating shouty punctuation counterpoint. This rhythmic song structure reappears throughout the album on a number of tracks, blending seamlessly into the records overall high quality production. Hard driving guitars are mixed under the vocals until the instrumental break, where they take center stage.

“18 Days” exhibits a more easily discernible lyrical understanding, while dipping into the same deep waters The Cure swam for textural ambience and guitar lines. The amusingly titled “Sweet Messy Riff” actually continues to place emphasis on the vocals, as the ‘call’ between smooth, seductive female lead revisits the counterpoint male sung ‘response.’ Her repeated line of “in your eyes you wanted me” strikes a universal chord with those tuned in to the laws of attraction. 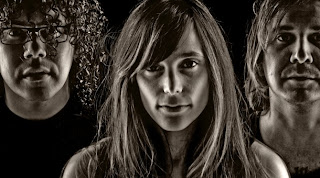 “Brightest Diamond” gallops along like a Dothraki horserider, placing emphasis this time on male lead vocals. It’s chorus embeds a tasty guitar riff underneath more shout-like vocals displaying both creative songwriting and mastery of the studio recording process. “Sun Behind the Rocks” moves over into psychedelica, with textures, pulses and sonic filigrees floating above a dominant toms and bass heavy drum pattern. Violent guitar chords emerge and meld with this forceful drumming, bringing to mind the best that a band like A Place To Bury Strangers has to offer. “Eyes” drives along a commanding bass pattern with vocal effects and enhancements not unlike much of what Jane's Addiction presented in their heyday of the early 1990’s.

Find out more about the band here:

Panda Riot have already produced a number of memorable songs over the past few years, however they reach new heights of excellence on their latest full length "Northern Automatic Music" 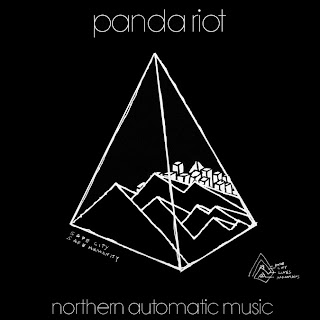 Opening track “Amanda In The Clouds” immediately brings a whirlwind of wonderful feelings through its melody, sound design and the historic sonic references conjured. Weaving swirling vocal beauty reminiscent of The Cocteau Twins (the chorus) and somewhat more rigid cadence of School of Seven Bells (the verses), drums rat-a-tat out front in the mix like best of Broadcast.

“Serious Radical Girls” bounces along an upbeat rhythm with emphasis on beds of buzzing bee guitars. The percussion track has that trip-hop mechanical feel of the Madchester era dance raves. If, in the 1990’s you took The Soup Dragons, Chapterhouse and The Farm and added My Bloody Valentine guitars (with its subsequent female vocals) this could be one result. Surprisingly, the track ends on a gentle, stark piano riff.  Title track “Northern Automatic Music” is both intro’d and outro’d by way of placid psychedelic flutes and keyboards. The bulk of the song dips deeper into MBV guitar texture territory however, with pitch bended waves melting into backwards-tracked sonics and synth beds. “Golden Age” rises from misty depths of a Brian Eno underworld and blossoms into waves of mysterious beauty. “MTWM Glass” continues the soul music for stargazers who still remember the feeling of falling in love for the first time. “All of these times that I can’t remember” is the universal lyric of staring into the void – and not being frightened by it.

“Black Pyramids” rides along happy hand claps and sugary “ahhhhh, ahhhhh” vocals. Reaching a pivotal moment it all goes quiet as a questioning statement is presented: “If you think that you can tell me what the point of everything will be, then you should take the time to tell me why. If you’ve got it figured then I hope you’ll tell me how to make it when I have forgotten all my dreams.” 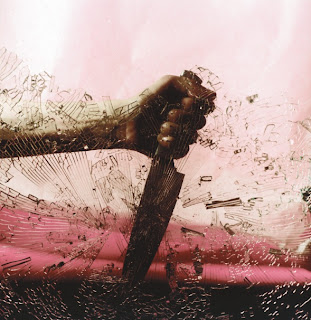 “Let’s Get Sick” comes right out of the box with dense layers of keyboard sampled guitar intonations, pointing directly back to the musical heritage perfected by My Bloody Valentine’s watershed album “Loveless.” Voices blend with the icy textures, leading up to a guitar-strings scratch conclusion.


Like much of “Loveless,” many of the tracks blend immediately into the next, and so it is with “I Knew It Was Wrong But I Did It Anyway.” A solid snare shot and high hat percussive track provides structural cohesiveness to the swirling guitar textures, blended voices and more keyboard ambience floating above it.

“Suddenlines” builds around deep tom tom rhythms and softer keyboard strings. Despite the bass guitar driven crescendos within, the overall feel is one of ambient introspection.


“Selisse Estates” exhibits far more urgency as clarion call guitar pairs off with clacketty percussion against vocal counter-melodies. Gorgeous keyboard washes turn everything psychedelic and you find yourself staring (once again) into the void. It is both beautiful and somewhat unsettling. “Interference” provides a necessary minute long interlude of drifting calm, after so much emotional discharge.

“1-800-Badnite” is bass guitar driven, with lush keyboard textures that would not sound out of place on The Cure’s “Disintegration.” Vocals are delivered much smoother however, with far less angst than Robert Smith is known for.


“Mend” serves as the epic length track, clocking in at nearly 8 minutes long. Opening with what could be described as the sound a brutal storm makes, the sonic wind slowly clears to allow for a survey of what damage may have occurred. When vocals do start, it is the traditional instrument of acoustic guitar minus any percussion at all that marks out its progression. Lush keyboards fill the sonic spectrum with cathedral-like reverence. “Sxrx” surprises initially with its gentle approach of soft vocals and minimal keyboard accompaniment. Harsher sonics are introduced soon enough, as radio static shears through the relative calm.

“2x1x” doubles down harder with deep, buzzing keyboards fit for any budding Phantom of the Opera. Radio waves flutter in above that like winged angels (or perhaps demons?) jockeying for position in the cathedrals darker corners. “Going To Stay” shimmers up quietly from misty fields before exiting the way it came.

Find out more about this band here:


For all other artists on the wonderful Saint Marie Records label, be sure to visit them here: