Six bands I’ve recently written about for The Deli Magazine are now featured here at DaveCromwellWrites. Each respective artist makes creative music that draws from a catalog of classic and alternative rock influences this writer has come to know and love over the years. 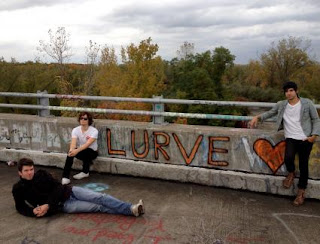 Promising Brooklyn dream rockers Lurve have recently released their debut EP, and offer three tracks available for streaming on their Soundcloud page. “Looks So Young” quickly establishes a penchant for guitar driven rock, with a hooky chord change that fans of Dinosaur Jr. would surely love. “Wires” (streaming below here)  kicks it all up one notch higher with a faster tempo, while multiple guitar layers buzz like bees under smooth, reverbed vocals. The tracks closing jam-out takes its cue from Sonic Youth’s tandem of Thurston and Lee, while incorporating their own twists along the way. Third track “Simple Syrup” on the other hand employs the quick turnaround chord changes that made iconic 90’s band The Pixies such a hit with what was once called the "alternative nation." Another extended guitar solo deftly incorporates the best of both The Pixies Joey Santiago’s and Dinosaur Jr.’s J. Mascis’ styles into their own, for an exciting final result.


Deli Mag Link:
Lurve on The Deli by Dave Cromwell 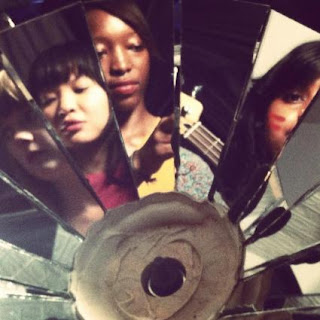 Brooklyn's Heliotropes continue to carve out a niche in the psych rock genre with their penchant for doom heavy grooves. The band has just released the first single “Psalms,” which will be included on their debut album “A Constant Sea” set for release on June 18 via Manimal Vinyl records. “Psalms” thunders along a buzzing, rough-hewn guitar riff that dominated so much of the psychedelic hard rock in the early 1970’s. With a slithering groove paired alongside smooth seductive vocals, the band hits us with a quickened tempo change for good measure. The lyrics trend towards philosophical questions like “Do you feel that love is real?” and “am I really born to die?” A wickedly nasty guitar solo gives you the answer. Upcoming shows include their Album Release Party at Glasslands on June 18th and The 4Knots Fest on June 29th.

Heliotropes on The Deli by Dave Cromwell 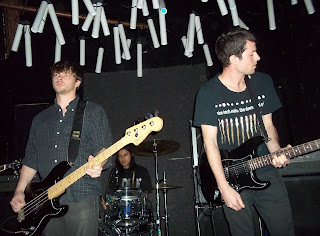 Former west coast and now Brooklyn based psych rockers Weekend are preparing to release their sophomore album “Jinx,” this summer. In advance of that comes the recently released lead single "Mirror," which hints at sonic explorations different from what was presented on their debut album "Sports." Standout tracks from that initial record like "Coma Summer" emphasized a deep reverberation and warped aesthetic (in both attitude and sound). Their latest track, however presents a cleaner sound with fewer layers, an ethereal synthesizer wash, (especially as the track opens) placing emphasis on more clearly audible vocals with echoy guitar lines over a driving bass guitar and drum pattern. Soon enough there is a less pretty, more static-like sound cutting through it, though. The overall pacing, guitar and bass textures and even the beat of the song is reminiscent of early 80's bands like The Cure (think "A Forrest") and The Smiths (especially in the tonal quality of the lead vocals). With the tease of album track titles "July" "Oubliette" "Celebration, FL" "Sirens" "Adelaide" "It’s Alright" "Rosaries" "Scream Queen" and "Just Drive" to ponder over, there is much to look forward to as we approach the full release. 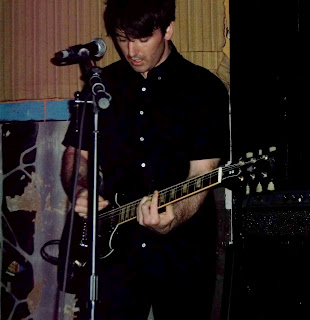 Weekend on The Deli by Dave Cromwell 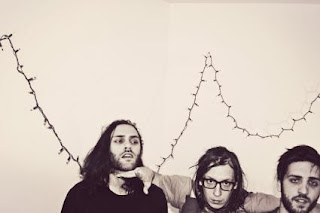 Emerging as the latest entry into New York’s ever growing Psych Rock scene comes the Brooklyn based trio BAMBARA. Recognition of their shared sonic kinship with legendary New York bands like A Place To Bury Strangers and Swans most likely served as motivation to leave Athens, Georgia for the grittier streets of Bushwick. The band will now release their much anticipated debut full length album “DREAMVIOLENCE” via Arrowhawk Records as well as their own Emerald Weapon imprint. As you may evince from their predilection for all caps, this is not a band interested in whispering. Current single “Nail Polish” throttles along at a frantic pace, with warped guitar textures conjuring twisted carnival merry-go-rounds of an unsettling dream. “All The Same” creeps up from misty swamps until an overloaded bassline and clattering drum pattern cuts through it all with caustic force.

Bambara on The Deli by Dave Cromwell 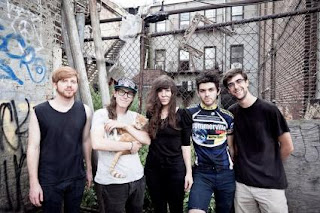 Brooklyn powerpunk gaze-rockers Heaven’s Gate released their 7 song EP “High Riser” recently, proving that quick, catchy ideas are often the best. With most songs clocking in under two minutes, there are still hooks galore to wrap your ears around. “Pray” thrashes with abandon, like early Siouxsie and The Banshees (think “Carcass” from their eponymous debut album “The Scream”). “Pogo” taps the punk vibe mapped out by The Ramones and New York Dolls. “Salome” moves into pitch-bended guitar dreams, with a heart-tugging guitar progression paired against emotionally charged vocals. The image one might get from a song titled “Jesus Hair” is that of the quintessential rock dude with long parted in the middle locks. “All you want to give me, all that you can give – ‘cause you know that I’ll take it,” implies approval of type by our intrepid female vocalist. “Weakness Worm” would slot nicely between a Yeah Yeah Yeah’s and Hunters track, while “Skin Weed” merges the Peter Gunn detective beat with Sonic Youth guitar recklessness. Final track “Sea Swing” stomps and rumbles like a Patti Smith/Kevin Shields collaboration. The band will be performing at Knitting Factory on May 26.


Heaven's Gate on The Deli by Dave Cromwell 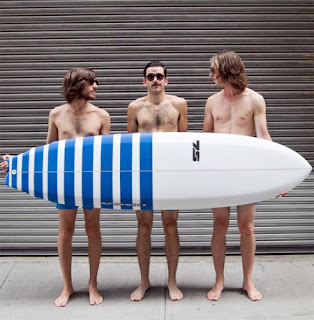 The Vassals released their first full length "In My Dreams I Am A Sailor" this past fall. Stand out tracks like "Informers" utilize sparse bass guitar patterns and tom tom driven beats, allowing for a chance to clearly understand the vocals. Singing about "ghosts" by way of their "father," guitar is used sparingly at first, before becoming more dominant as the song progresses. It ultimately builds from quiet levels to a bombastic finish. "Dark Circles" moves things initially into further solemn ground, before (again) rising to a dramatic sonic peak. There are references to "dead little stars" that "used to burn so bright." "Tambourines" presents itself as a start-to-finish rave up rocker. Finding the album title embedded within these lyrics positions it as a signature track. Album closer "The River" makes effective use of bended guitar notes to create a sonic image of water in motion.


Read my interview with this band on The Deli Mag here

The Vassals on The Deli by Dave Cromwell