Opens for Chapterhouse on October 3rd 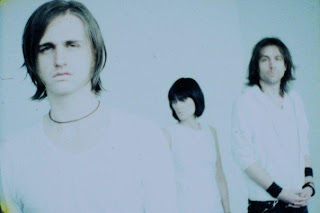 It is an exciting time at the moment for Brooklyn’s Dead Leaf Echo. In addition to a select placement of CMJ shows (including a Deli Showcase) and a trip up to Boston in November, the band find themselves supporting the much ballyhooed reunited Chapterhouse at their Bell House show on Sunday, October 3rd. All of this ties in perfectly with the October 12 release of their latest recording “Truth.” This 7 song follow up to their debut “Pale Fire” boast the mixing talents of noted studio guru John Fryer. The single "Half-Truth" weaves together luxuriant keyboard textures, three-quarter time guitar arpeggios and marching band rat-a-tat snare drum as accompaniment for LG’s relaxed vocals. "Pale Fire" is over seven minutes of atmospheric guitars, distinct percussive momentum, cathedral inspired vocal harmonies and dramatic build-ups. With all that's currently happening around this band, it appears Dead Leaf Echo plans on taking things to the next level. 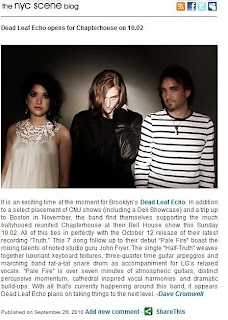 On Saturday August 28, 2010 I had the privilege of sitting down with Oliver Ackermann to discuss a myriad of topic. For the uninitiated, Mr. Ackermann is the prime musical force of the band A Place To Bury Strangers. In addition to his prowess in that department he is also the founder of his own effects pedal company, Death By Audio. Completing this unholy trinity is the Brooklyn, New York music venue by the same name. 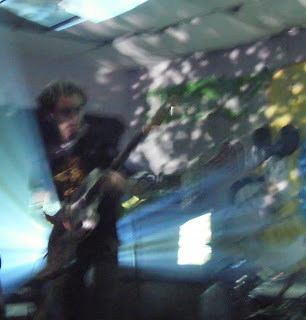 What follows here is a video interview series that delves into the mind of Mr. Ackermann (and later on, the band's bassplayer Dion Lunadon). Additionally, photos were taken throughout this day (and lovingly displayed) as well as the show frequently referenced to in the interview - APTBS live at DBA on August 19, 2010. 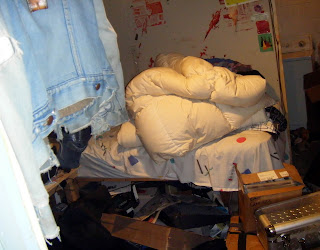 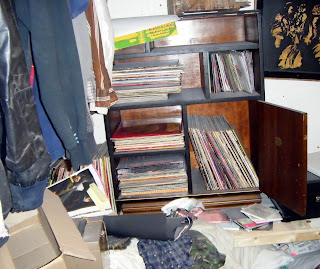 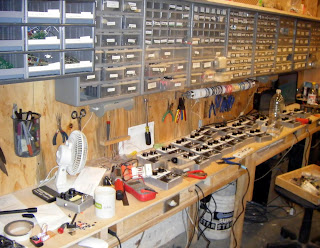 A workbench to make your dad proud 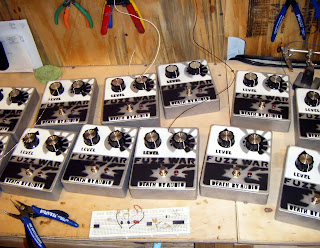 Each one hand made to exacting specifications 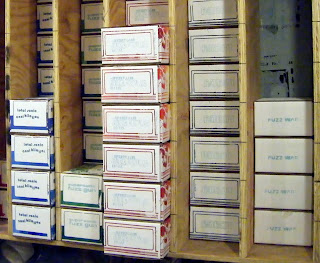 They don't stay on the shelf very long 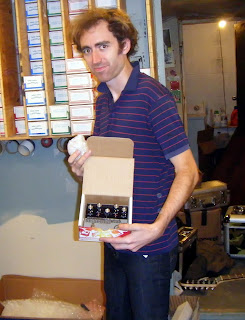 Shipped fresh for your satisfation 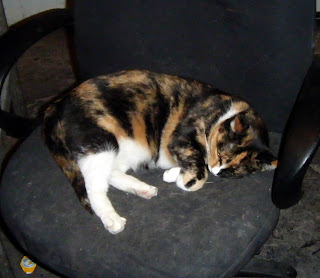 The cat with no name 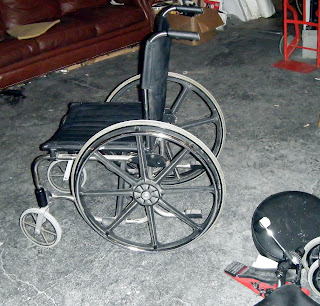 Avid wheelchair collectors and racers, the attempt to connect a
kick drum pedal to one was not as successful as initially hoped 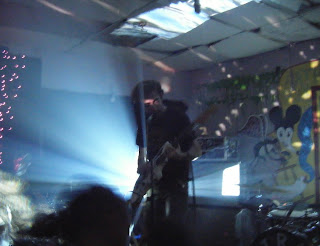 The artist in his natural habitat 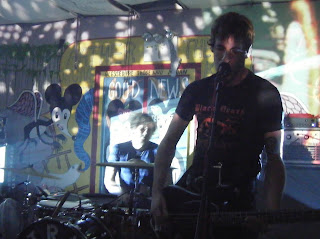 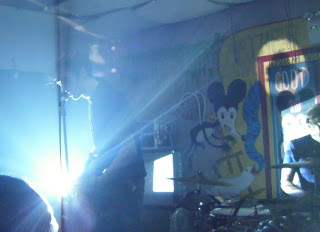 The light sears through Oliver's guitar 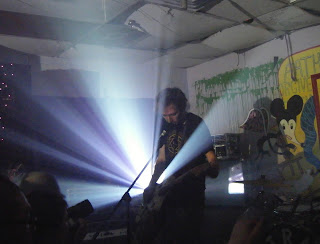 . . . and engulfs the audience 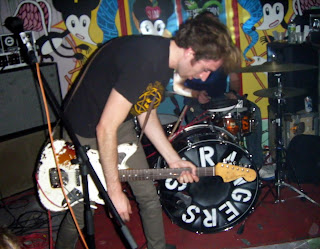 As powerchords fuel the chaos 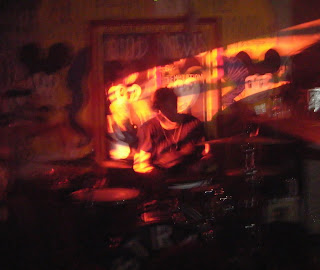 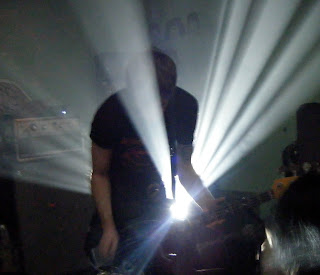 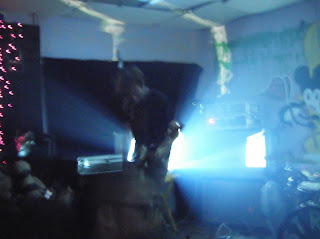 There are no sonic barriers here 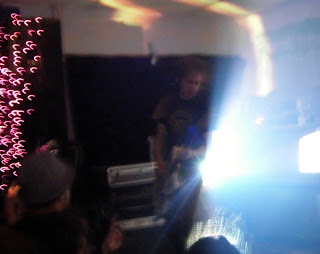 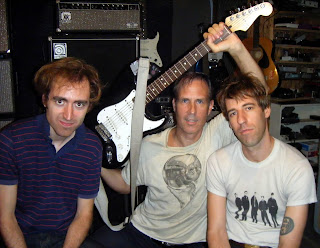