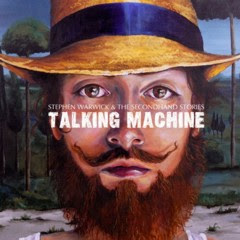 "I have never had a way with words. I have never been a patriarch," Stephen Warwick sings on "Golden" which opens his debut album "Talking Machine by Stephen Warwick & Secondhand Stories. A gentle, melancholy acoustic guitar and harmonica number, Warwick sets the tone for what will be an introspective, but ultimately uplifting musical journey. The sound is warm and spacious, and his harmonica flourishes echo the path laid out before him by the likes of Guthrie, Dylan and Springsteen. "Maybe one day I'll get stolen and buried in the sea - and someone will see that it is me," he muses. 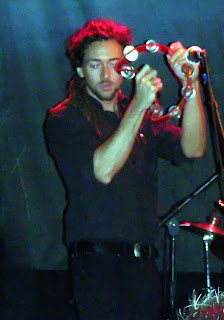 "Circus By The Sea" is decidedly more uptempo, as it bounces along with a 1-2, 1-2 rhythm. Warwick employs a springy, mouth/jaw harp sound behind the guitar to convey the circus-like atmosphere. Singing about "a million eyes that try to guess the secrets that you keep," and how the waves "evaporate like mistakes that we have made." The story progresses over a lifetime, however, to the point where "you see the empty shell of what was make believe inside," and how "the years went by as your sprits die, to a view of a brothel in New York." The song ultimately dissipates into an extended ambient outro - if such a thing can truly exist on a track that clocks in at under two minutes.

The title track "Talking Machine" is given the full band treatment, with full drum set and additional shaker percussion. Stephen's voice is complimented by female vocal ghosting along with his. "This time its the only thing you've ever heard before," is the hooky refrain. The vocals then morph into a full choir chorus as the group sings "words like birds, from the talking machine," which contain "fluttering notes and bended strings." Again, Mr. Warwick creatively attaches a 20 second coda of weird and wonderful sounds that lift the piece to somewhere else entirely. 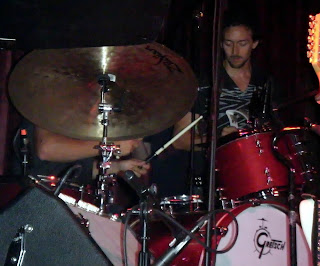 The downhome, front-porch, fingerpickin' feel of "Unmade Bed" takes things in another direction. A shuffling, tambourine driven rhythm underscores why Nicole Atkins has used Stephen's formidable tambourine skills in many of her live shows. There are handclaps and shaker percussion here as well, giving it all a good-timey country atmosphere.

On the other hand, "Waltz" is odd and slightly creepy in that David Lynch way, with whistling and distant, unsettling backward looping sonic effects.

"Plans" counters that with it's "happy" vibe. There are banjos and handclaps and carnival organs. "We come alive, like devils in the street," Warwick sings. The feel and sentiment is joy over all this crazy life has to offer. Of note are the nice electric piano notes that sound like droplets of water, taking the song through its outro. 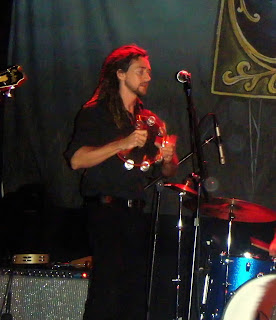 A ticking, clackety sticks-on-hard surface percussion and acoustic guitar powers along "Marlena". The lyrical references to "reins of horses" imagery tie together with the percussive groove. "There are some who will see right through the maze, down in the haze where those secrets lie. You would give your heart, but fear you have fallen, over the dagger you keep close by." This is a world where relationships are hazards of the self-inflicted. A warm trumpet emerges halfway through to give it all a richer sonic resonance. More horns enter the fray deeper in, and they remain as the only musical accompaniment left for the ending vocals. 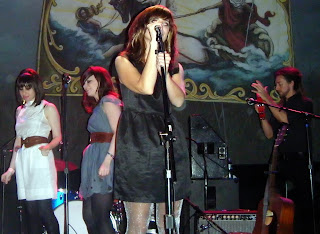 Mr. Warwick flexes his ‘storyteller' chops on "Tents" via the traditional Dylan/Reed/Springsteen ‘street talk' cadence. The music grows with passion as a lively drum track (especially the snare fills) with acoustic and electric guitars, organs all emerge and subsequently recede per the artists vision. "But as the tents come down, there is an echo of a sound ," Warwick sings. "Holding on to one last gulp of air, the only one around," he concludes. The ending is a long buildup until a triumphant musical parade marches on by. 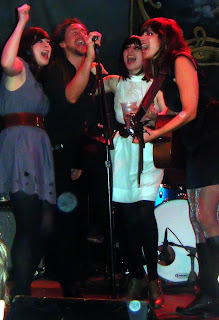 Stephen, The Nouvellas and Nicole Atkins
blend their voices in sweet harmony


A slow ambient guitar note picking and strum begins the 3/4 time signature, 1, 2, 3 waltz progression of "Tiger II." Mr. Warwick's vocals are more passionate here as he sings bout how "the tiger escapes the confines of the gates, and wanders in these city streets." Vocals are doubled and cymbal rushes dramatic as the lyrics ask "if you could escape the confines of fate, a miracle may be what you find." The emotional conclusion via instrumental passages and vocal textures are powerful and heavy. 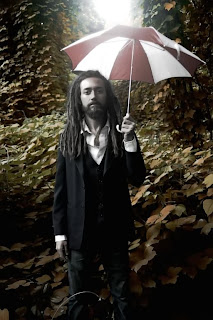 Curiously, Mr. Warwick closes his album with what many might consider (present company included) to be the very best song of them all. "Keep On" hits an emotional high that cuts to the heart of everything beautiful and sad. Opening with a relaxed and drawn-out shuffling rhythm, Warwick sings "though I never loved you, that doesn't mean that I can't love the way - the way that we danced in the parlor." The melody is haunting - the message quite powerful. "Keep on, keep on - the radio plays, the static fades and the volume wades, and I can't remember the way that it goes, singing songs from a decade ago". There are solemn horns, organs, acoustic guitars and vocal choirs rising over the top of shuffling brushes-on-snaredrum percussion, that continue to build to an emotional peak. "And I try to find the words that will make you feel like I haven't let you down," he sings. "They're the same exact words from the song on the station that I can't remember right now." 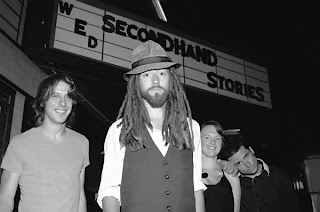 Stephen Warwick & The Secondhand Stories are presently unsigned and have been weighing various offers for their album release. If you would like to get in touch, they can be reached at their MySpace page:

www.myspace.com/secondhandstories
Where you can listen to many of the songs described here.
Additionally, this review is also featured at: