With a sound that merges pop nostalgia, art-rock and punk, DREAMERS is the current project of Brooklyn songwriter Nick Wold - the main songwriting force of now defunct group Motive. The trio, in preparation of its debut album, released a video for first single 'Wolves,' a song that emerges via a clean, sharp-plucked guitar line, sharing a textural quality with fellow Brooklynites Beach Fossils and Diiv. 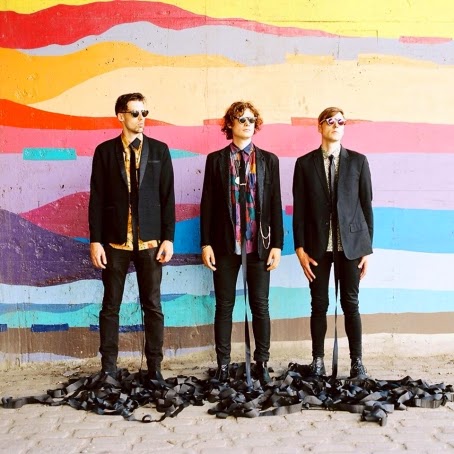 Those similarities quickly disappear as their vocal style and lyrical storytelling approach leans more towards a more straight forward form of pop. A classic tale of boy pursues girl is played out from the hunters point of view. “Still I’ll chase you down – to the place you hide - couldn’t keep away” anchors the desperately heroic bridge. “You got me brain washed you got me so lost,” is how the dominant lyrical hook goes. “You got me undone – falling in love with you.” Coming to the ultimate conclusion that “if you lie down with wolves, you learn to howl.” The song captures that crazy in love feeling with an idealized image of someone that is equally exhilarating and gut-wrenchingly devastating. Additional sonic textures like synths in place of guitars during the swirling, vocal enhanced bridge, effectively serve the big dramatic conclusion.


DREAMERS on The Deli Mag by Dave Cromwell

After an initial burst on the local music scene in the mid-to-late 2000’s, New York’s Dead Betties went on a lengthy hiatus in pursuit of individual growth. They now return with a new single release “The Way We Live Now.” Crunchy guitar chords over busy bassdrum and resonant snare percussion create an immediate sense of urgency. “Never ever going to let you hold me down” is the initial vocal declaration, as guitars drop out and shift focus on a solid bass rumble. 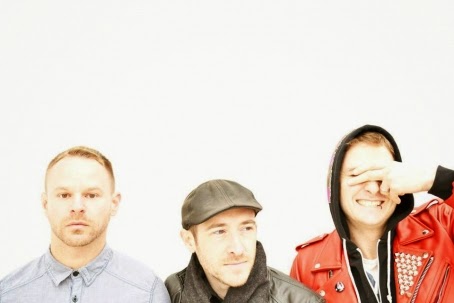 Exhibiting an ability to sing an octave higher within the same lyrical passage serves to move the band beyond a single post-punk/noise-rock genre designation. Thematically the track draws its inspiration from Susan Sontag’s short story about the struggle for civil rights. The single release also contains two original b-sides as well as three unique cover versions of songs by Babes in Toyland, Britney Spears and Madonna! Not what you’d expect from a hard rock band, but the interpretations actually work.

Listen to and download these songs here on their Bandcamp page

Dead Betties on The Deli Mag by Dave Cromwell

Hybrid electronica has been evolving for as long as nearly every other rock music format. The Brooklyn-based duo of Bob Jones and Jonathan Schenke put their capable twist on it with a project called Eaters. 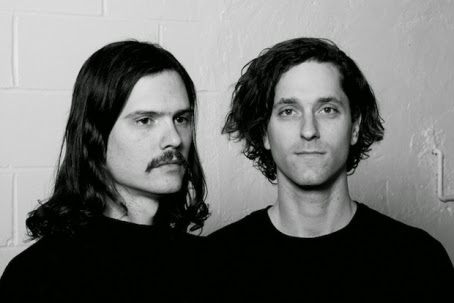 
“Remainderman” wanders off into the pure, beatless ambient territory that Brian Eno pioneered, and artists like David Sylvian embraced so well. While “Bury The Lines” is built on the motorific beat German art rocker Michael Rother popularized with his band NEU! in the early 1970’s. It makes sense these guys are on Joel Ford’s (Ford and Lopatin) and Patrick McDermott’s Driftless Recordings label.

Eaters on The Deli Mag by Dave Cromwell

Keeping up what can only be described as an impressively relentless touring schedule, Brooklyn’s Dead Leaf Echo recently took a break of sorts to appear on television. 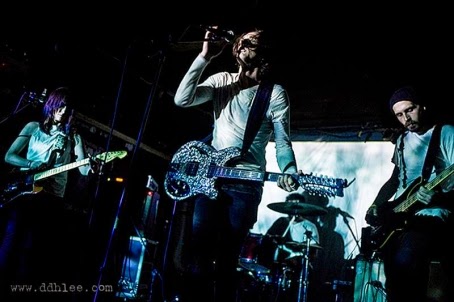 The band was interviewed and performed as featured artists on Episode 4 of The B-Sides NYC Sessions. Filmed at Littlefield in Brooklyn, all episodes of this innovative NYC Life cable show can viewed online Here 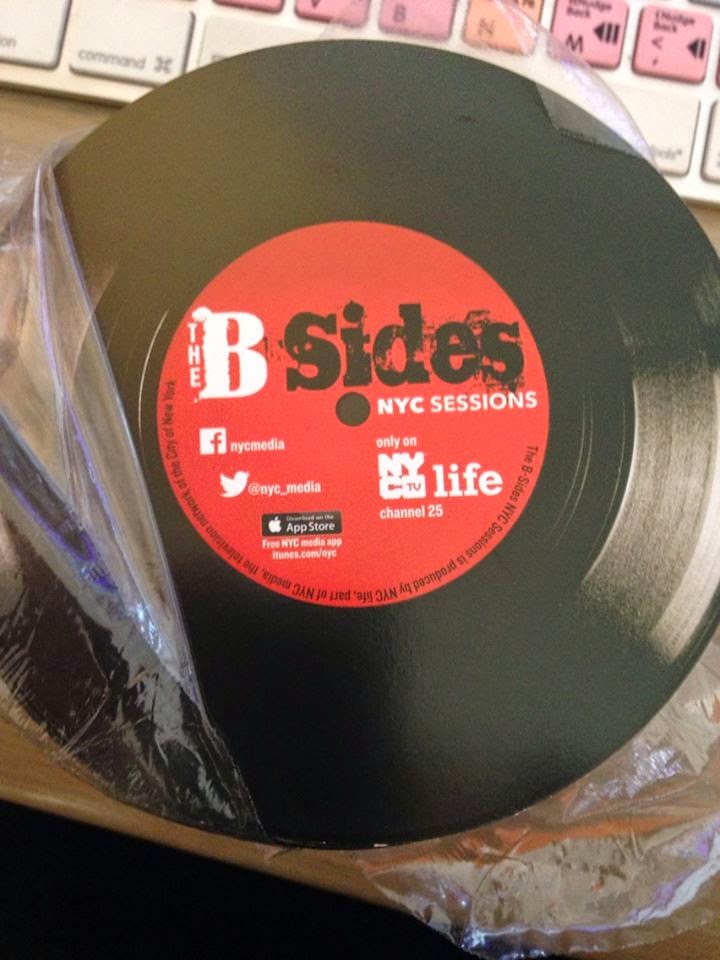 Additionally, select music videos are presented that reflect the common sound and vision of our scene. 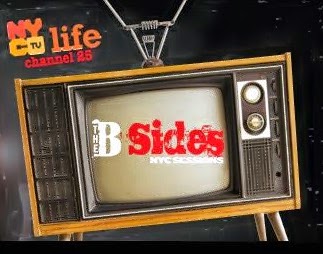 Dead Leaf Echo then continue their rigorous touring schedule which sees them out on the west coast before heading back to their homebase in Brooklyn.   October in New York presents a series of prominent festivals (CBGB Fest, CMJ Marathon) and one would expect the band to be well represented at these. Their latest EP "true.deep.sleeper" has been getting rave reviews and the band has now begun work on their second full length album.

BsidesNYC/DLE on The Deli Mag by Dave Cromwell

I recently had the pleasure to speak with Bowmont frontman, singer, lyricist and multi-instrumentalist Emil Bovbjerg. A native of Denmark who now lives in New York, Emil and I discussed the bands most recent EP release "Hovering" 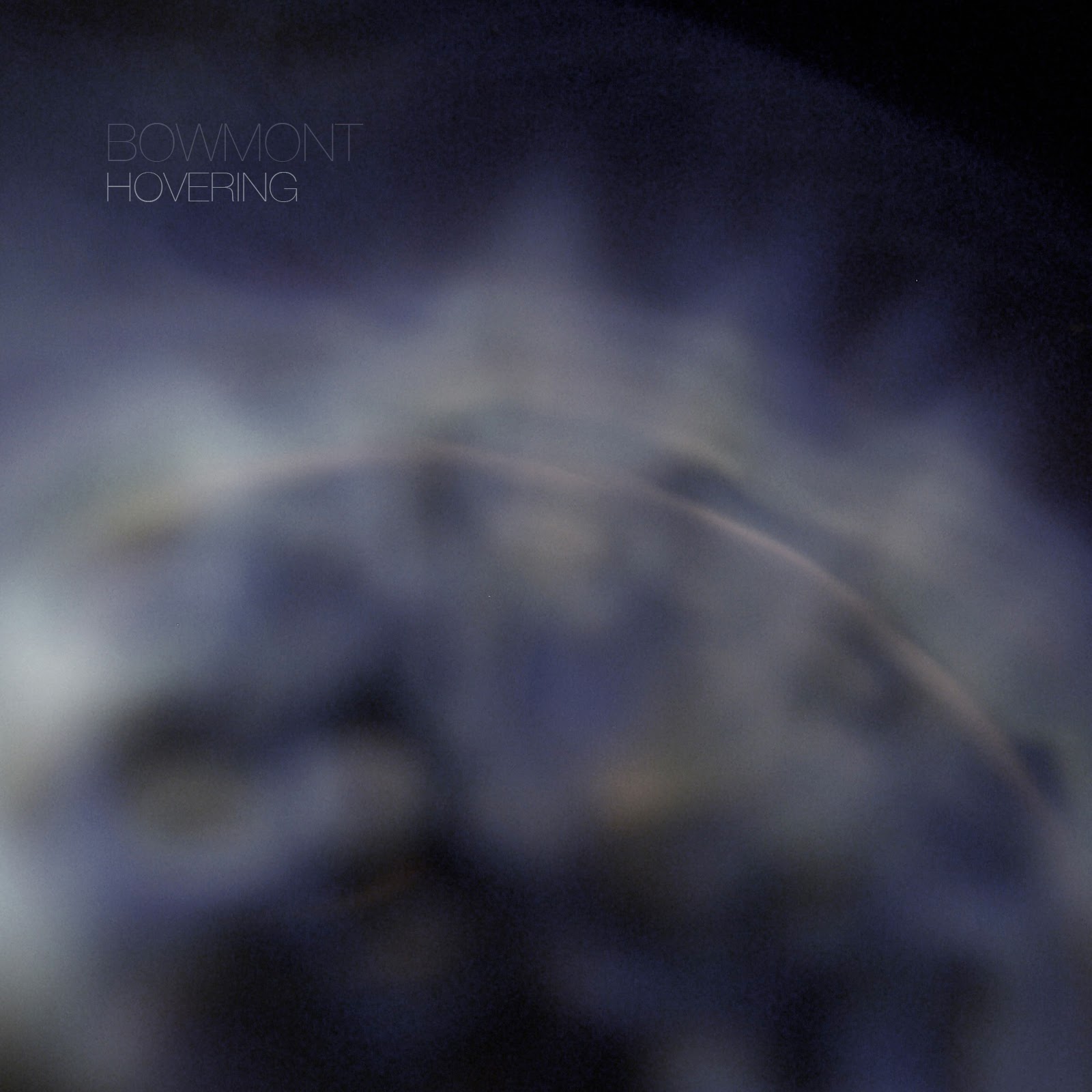 Q: The leadoff track on your latest EP “Hovering” – the song “OK” has a timeless audio quality to it. As if it could be placed just as easily in the mid 1980’s – and yet has a modern quality to it that wouldn’t be out of place on a current soundtrack or playlist. There are moments within the song where the vocals remind me a bit of Peter Gabriel’s – the tonal quality and texture. Is part of this due to how the vocals are processed? What sort of effects did you place on them? Even the drums have that 80’s feel to them. Especially on the fills in the latter parts. What drum devices did you use? Any special effects on those?

A: “It was a natural progression for us. Attempting to go in a direction that we wanted to go in – a quest to find our own sound. We used a bunch of really old drum machines and synths, but then processed them through the tools you use to make music today. I think that contributed a lot to the sound you hear.” 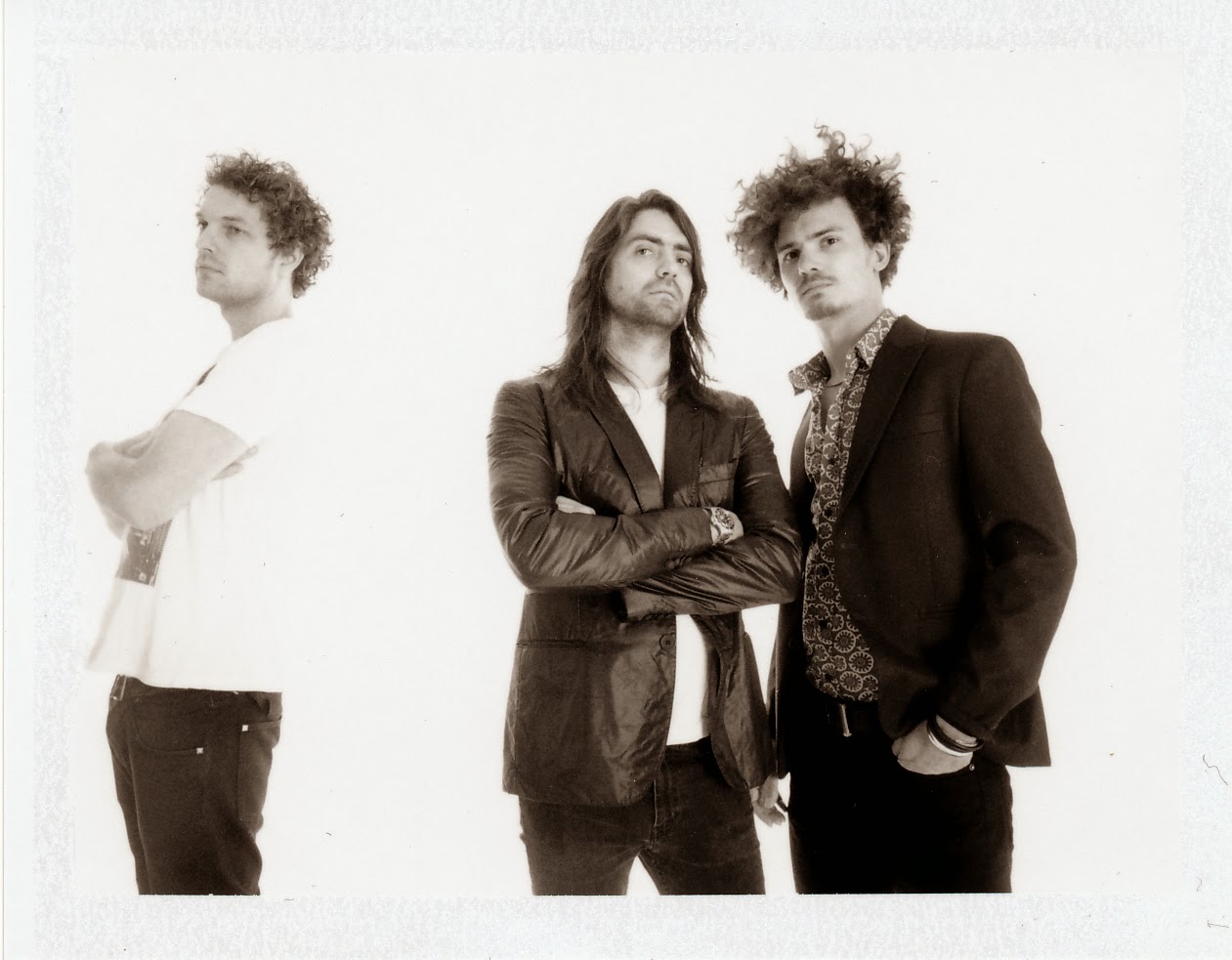 Q: The lyric “If I won’t take a bullet for the queen – what does it mean? ” – stands out as a catchy line. Is this a reference to a universal high authority figure? Or something more specific?

A: “When I write lyrics there can be multiple meanings.”

Q: “What if I don’t want to be OK” ultimately becomes the overall thematic statement, however What are some of the reason that people wouldn’t want to be “ok?”

A: “It’s referencing having higher ideals. Not being satisfied with being merely “ok,” but instead striving to be more.” 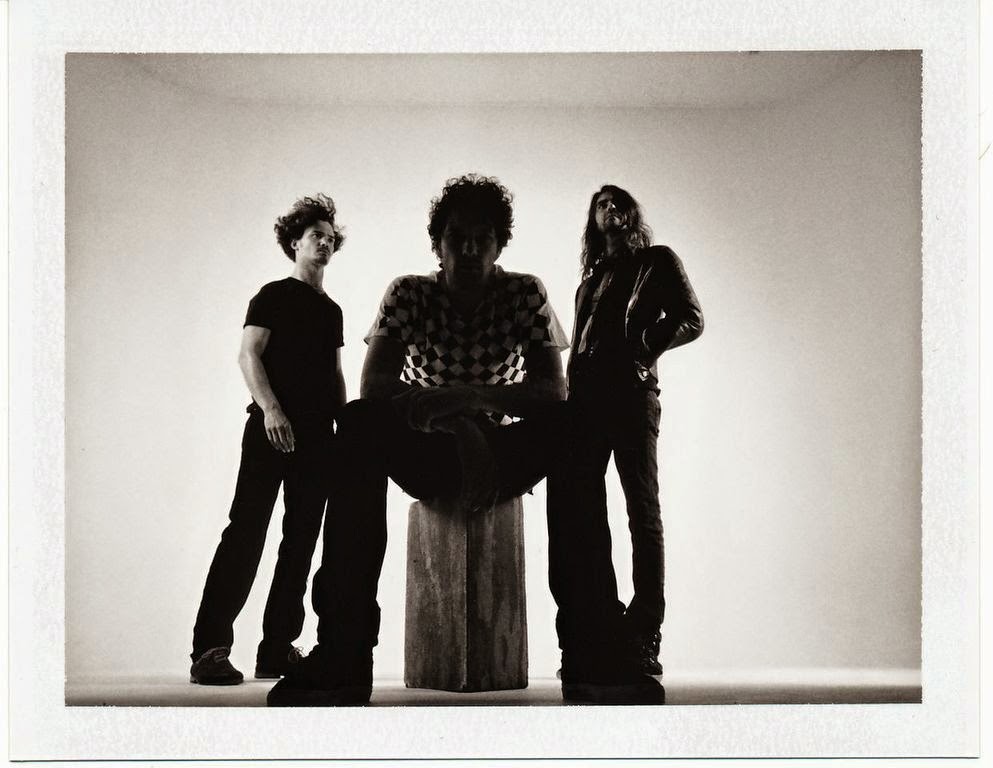 Q: The next song “Glacier” is more ambient and trippy. The modulating, pulsating sequence pattern is obviously mechanized, but manages to feel loose and organic. Other textures that fill the sonic space – ambient drones that place a glowing sheen over it all. It’s a unique combination of moods. What motivated or inspired you to fashion the song in this way?

A: “The song came about in a natural way. It was raining outside, so I turned the mic on and recorded the sound of the rain. It is literally a song about a glacier in Norway that I’ve visited. Unfortunately we now live in a time where the glaciers are disappearing, so that provided some of the inspiration to create this piece.” 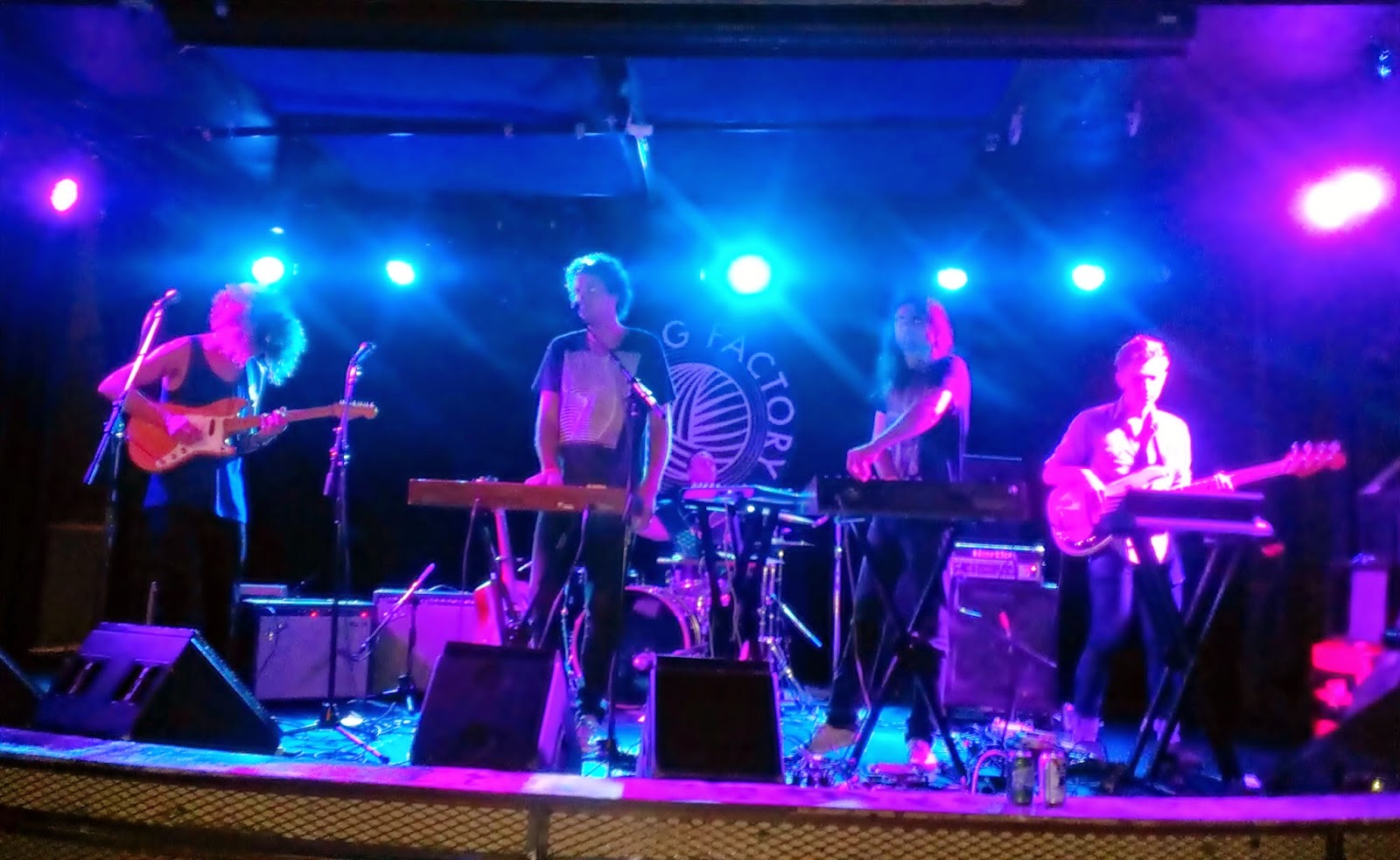 Q: Featured track “Just Cause You’re Right” has a uniquely warped quality to the pulsating synth sequence. Although the vocals are presented in a way that brings to mind what the band Phoenix have done, the song structure is less predictable. For instance, I like that the percussion is not static. Even though it’s keeping time – it starts and stops – there are ride cymbal sounds at points – while other times it gets very minimal.

A “This song was made with the same tools and in a similar vein as glacier. The inspiration was very different, however. I actually do a lot of my own drumming, and that is what you are hearing. I’ll frequently begin the song on the drums and see if I can stumble upon new beats. Then I’ll add some guitar and keys and record the bass. The song is about a relationship. Inspired by a breakup years ago – remembering letting go of someone.”


Q: Title track “Hovering” opens strong with percolating sequential patterns. I was impressed with (and somewhat surprised by) Shipla Ray’s guest vocals. How very measured and controlled they are. Most of her parts are sung in tandem with you, but there is a brief section where each of you take a solo line. How did this song develop?

A: “Shipla came into it with a clear idea of what she wanted to do. I was looking to avoid the clichés associated with duets, and that led to the song structure you hear. My recording engineer and band member Jeremy was also involved every step of the way. Not only on this song, but all of them.” 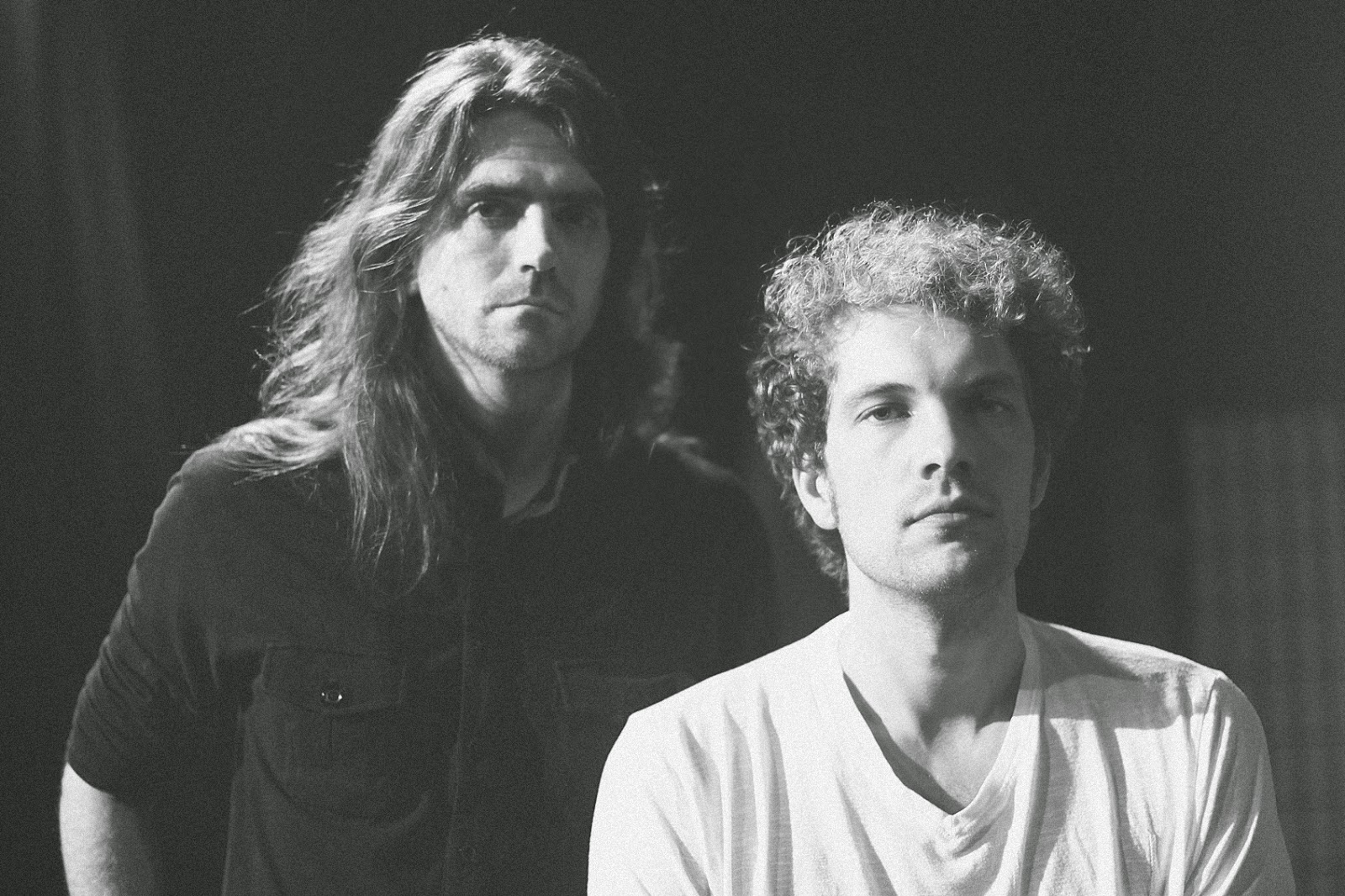 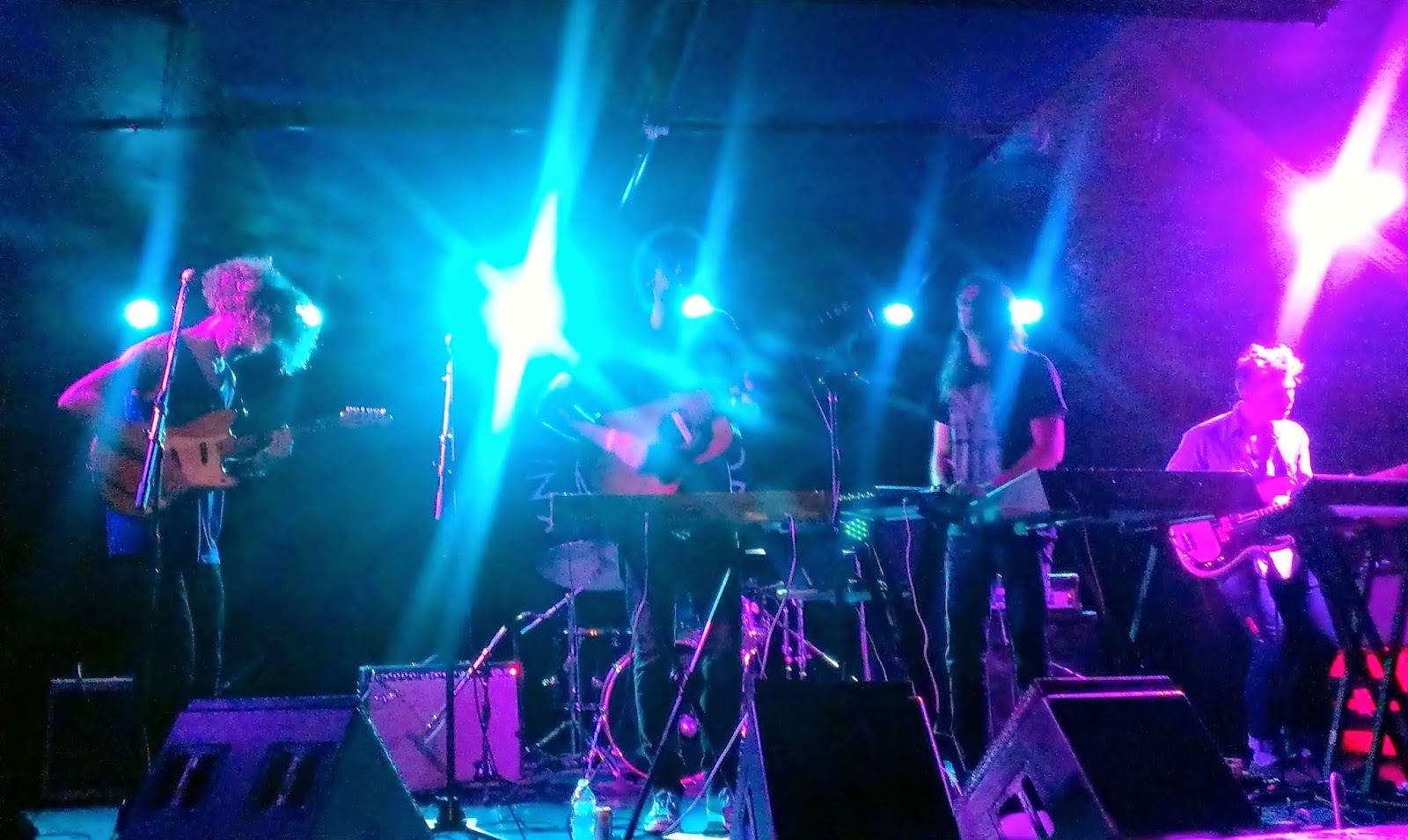 Bowmont on Dingus by Dave Cromwell

Bowmont will be doing a DJ Set hosted by Den Entertainment

More info about that event can be found via this link: Spectral Society Presents: Night Of Fortune

The music that singer/songwriter Sophie Auster has released so far has a wonderful déjà vu quality to it. Fans of classic first wave vulnerable-yet-defiant, sensitive-yet-image-sexy female rock stars will be immediately drawn to her. The late 60’s/early 70’s gave us Carole King, Joni Mitchell and Melanie to name just three. Sophie Auster has already shown she has the professional writing skill of King, the deep insights of Mitchell and the playfulness of Melanie. 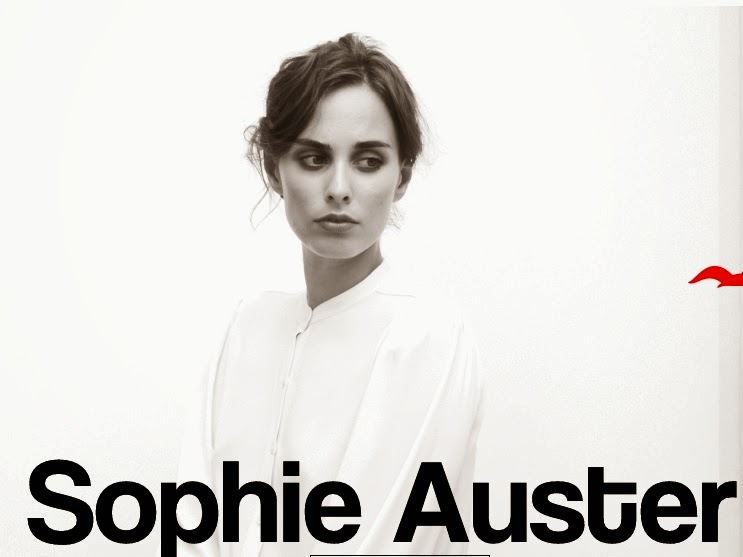 Her end of 2012 release "Red Weather" impressively showcases all the possible sources of inspiration on each individually creative track. Featured track “Run Run Run” benefits from an angular piano and percussion figure, creating a sense of urgency throughout the verses. Sophie’s voice is rich and resonant, delivering the lyrics with pleading exigency.

More straightforward rock track “Wicked Word” features guitar in a number of prominent locations. The tone and delivery of Sophie’s vocals here capture the essence of Joni Mitchell, especially on the more intimate vibrato inflections. “Square Moon” creates a magical atmosphere, mixing in sonic elements of blues, cabaret, tango and an overall dreamlike ambiance. The piano figures, jazzy percussion and powerful singing performance (in both expanded vocal range and storytelling) hearken back to an even earlier pre-1950’s era of big band singers. 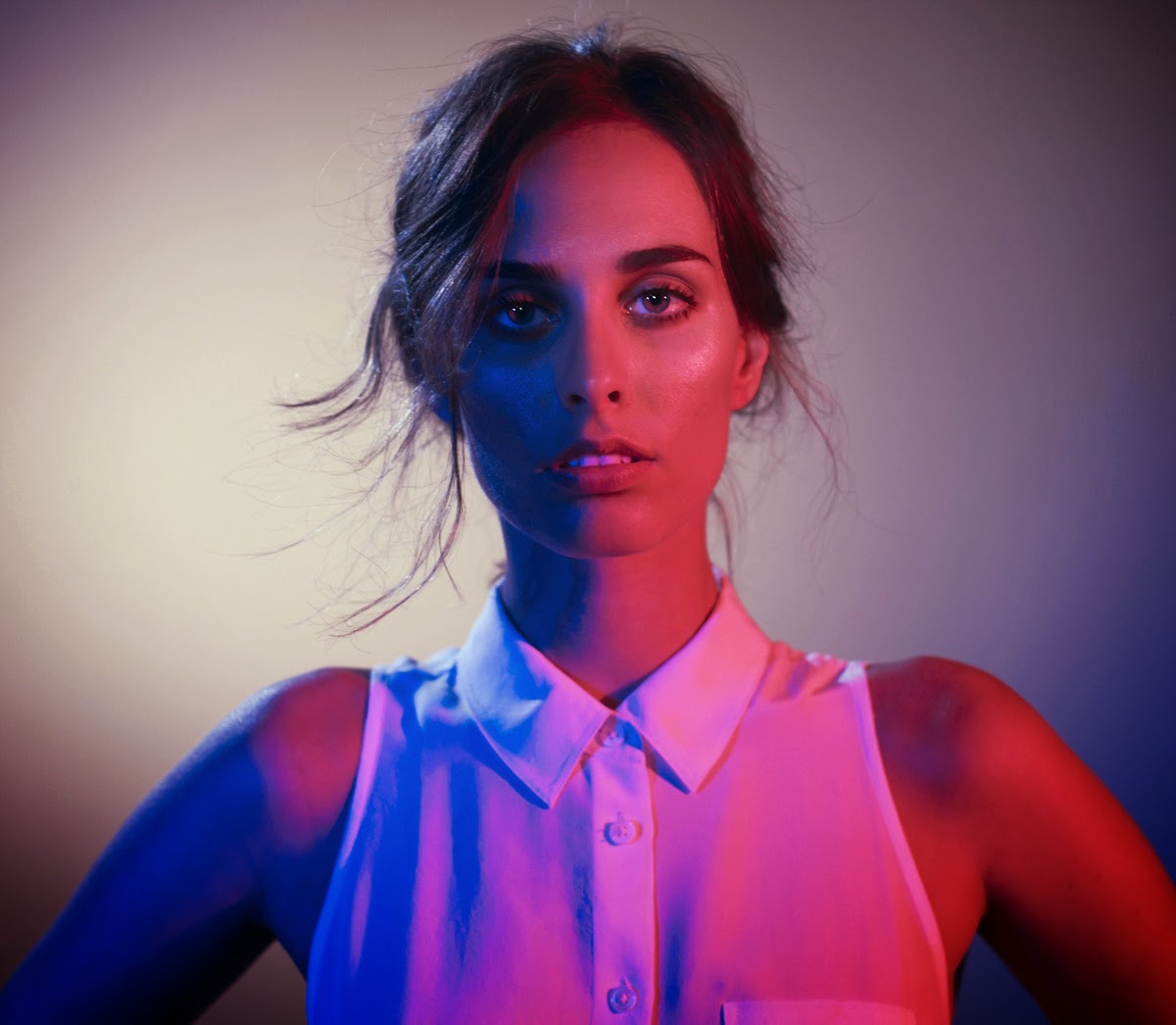 Having now completed her follow up album “Dogs and Men,” Sophie is looking towards a year-end release. When asked what significance this title refers to and how she approaches her writing in general, she responded that “you have to write about what is natural to you. I’m looking to avoid getting pigeonholed into any one kind of thing. The title reflects what the lyrical content of the record is all about. The dreamy surreal side is the dogs.”

Sophie recently released a cover of the above-mentioned Melanie’s classic song “Brand New Key,” giving it her own unique and somewhat dark interpretation.

You can hear that track Here 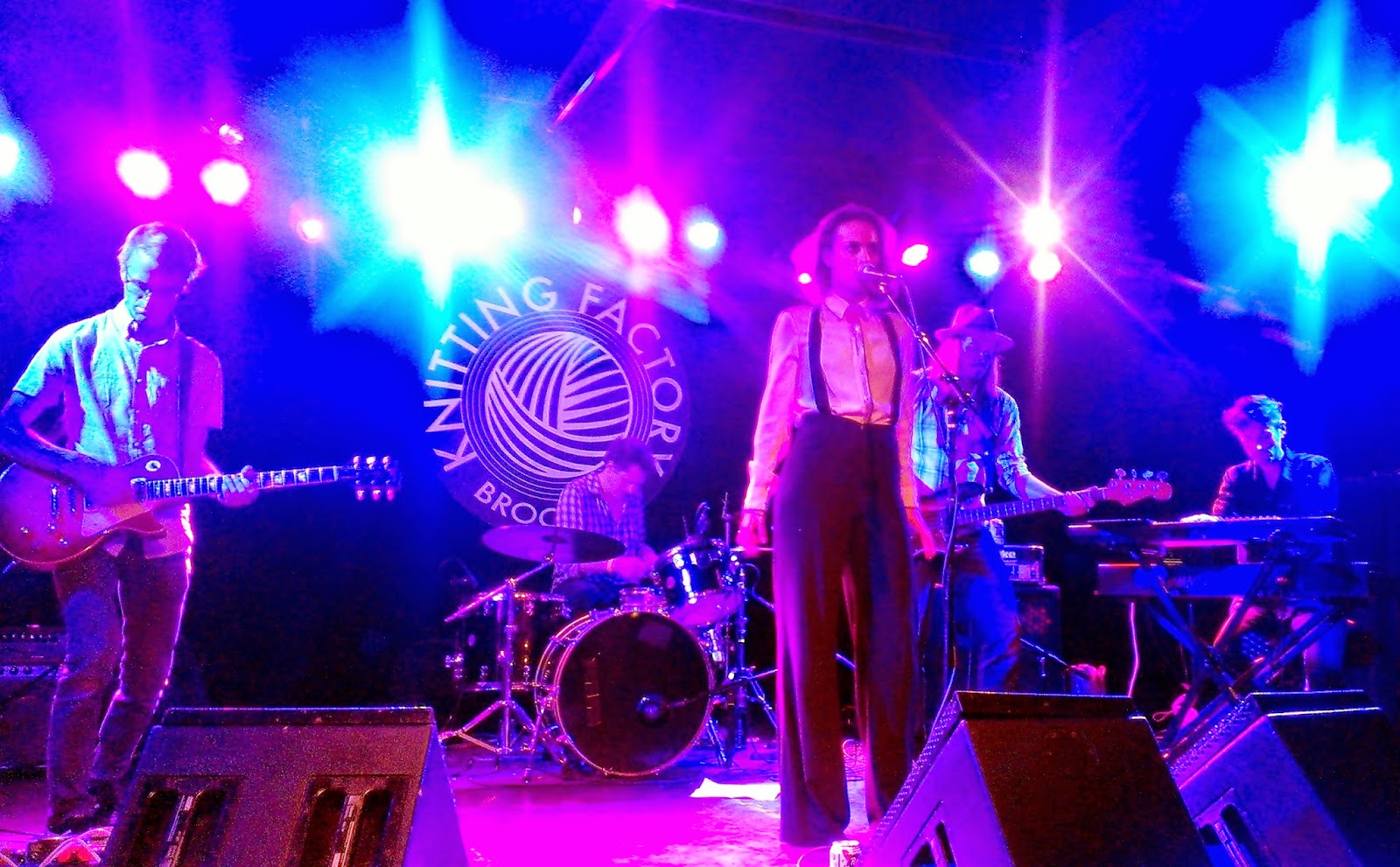 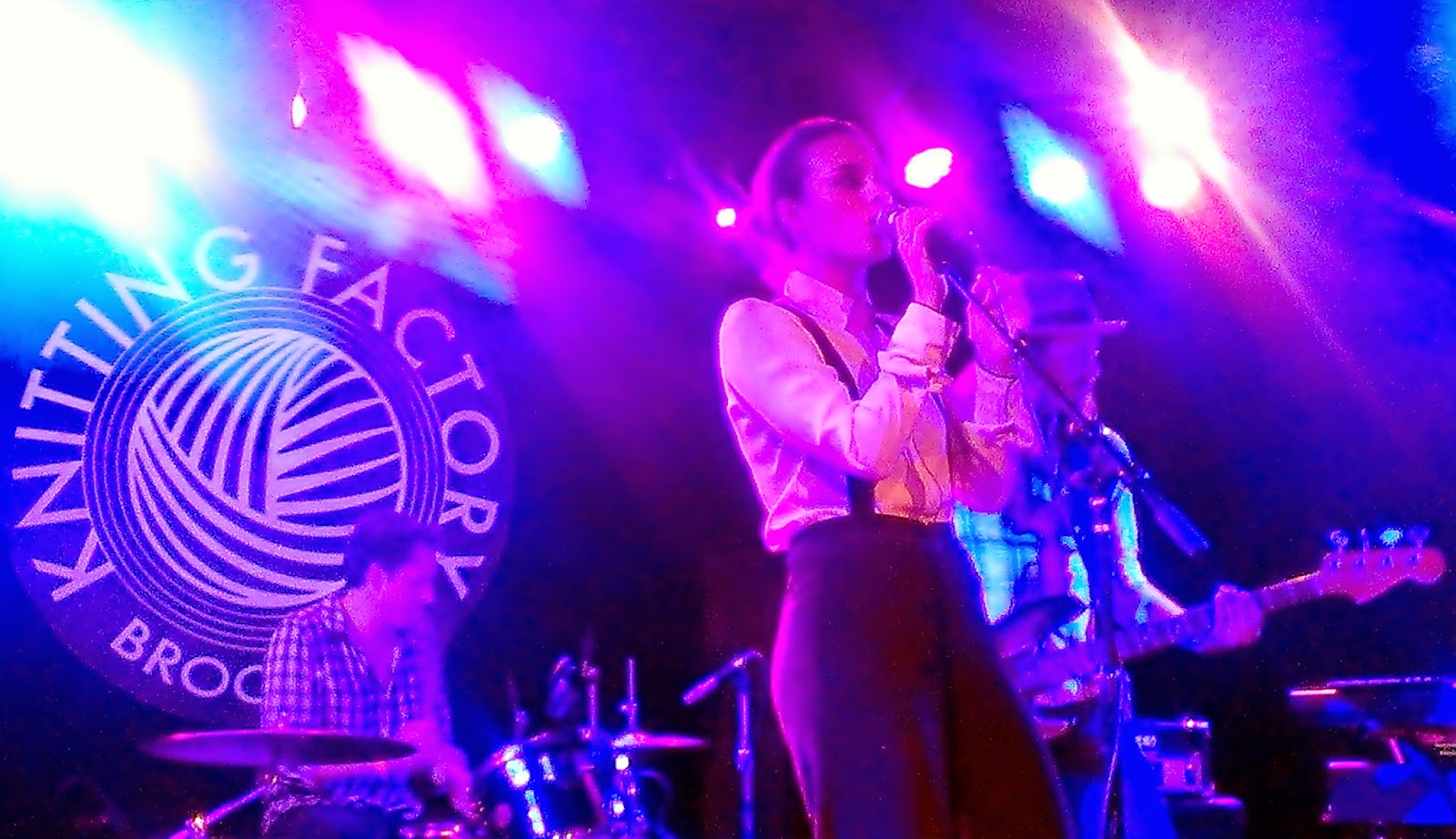 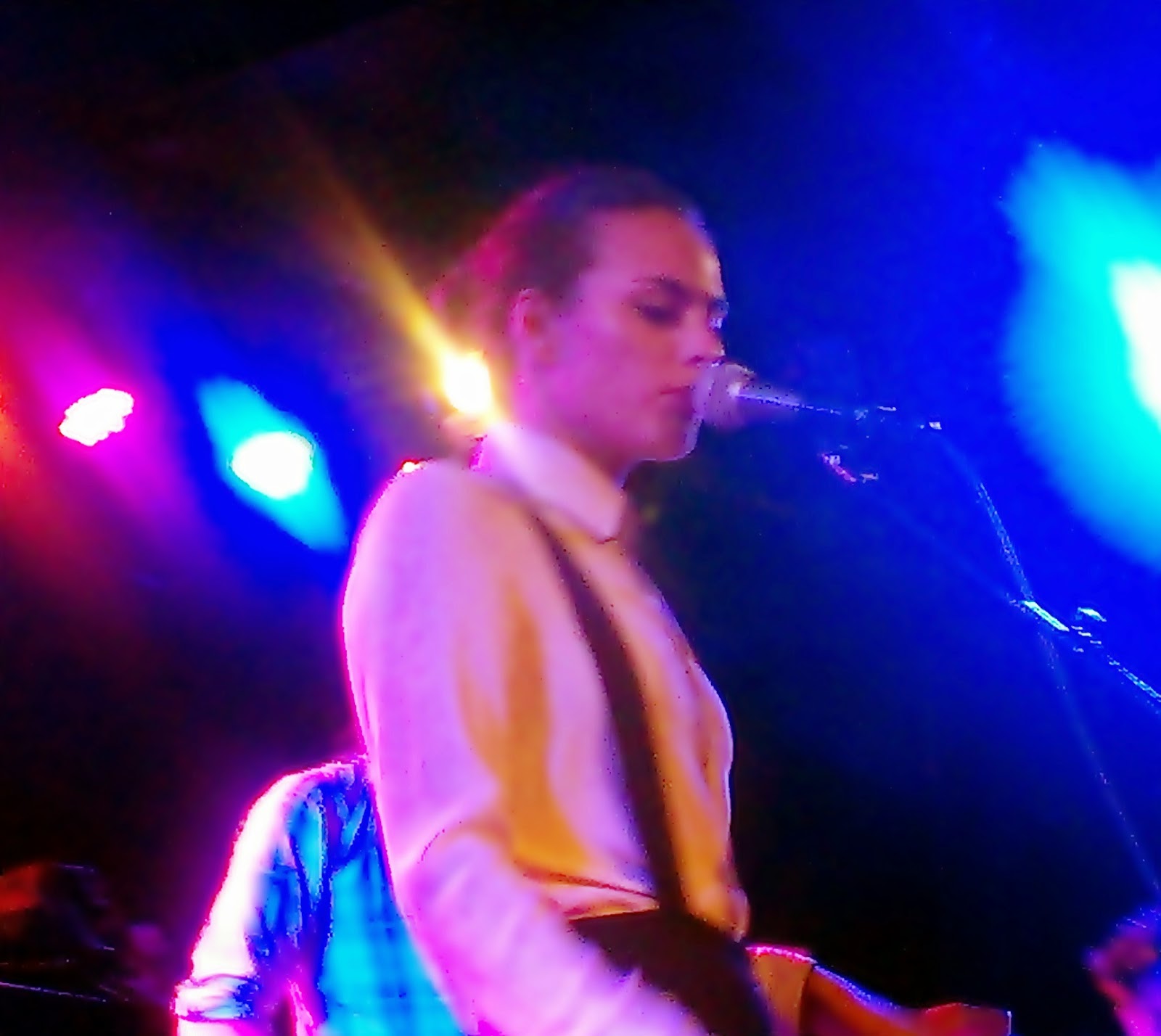 The show was outstanding and it was a pleasure to meet up and chat with her. 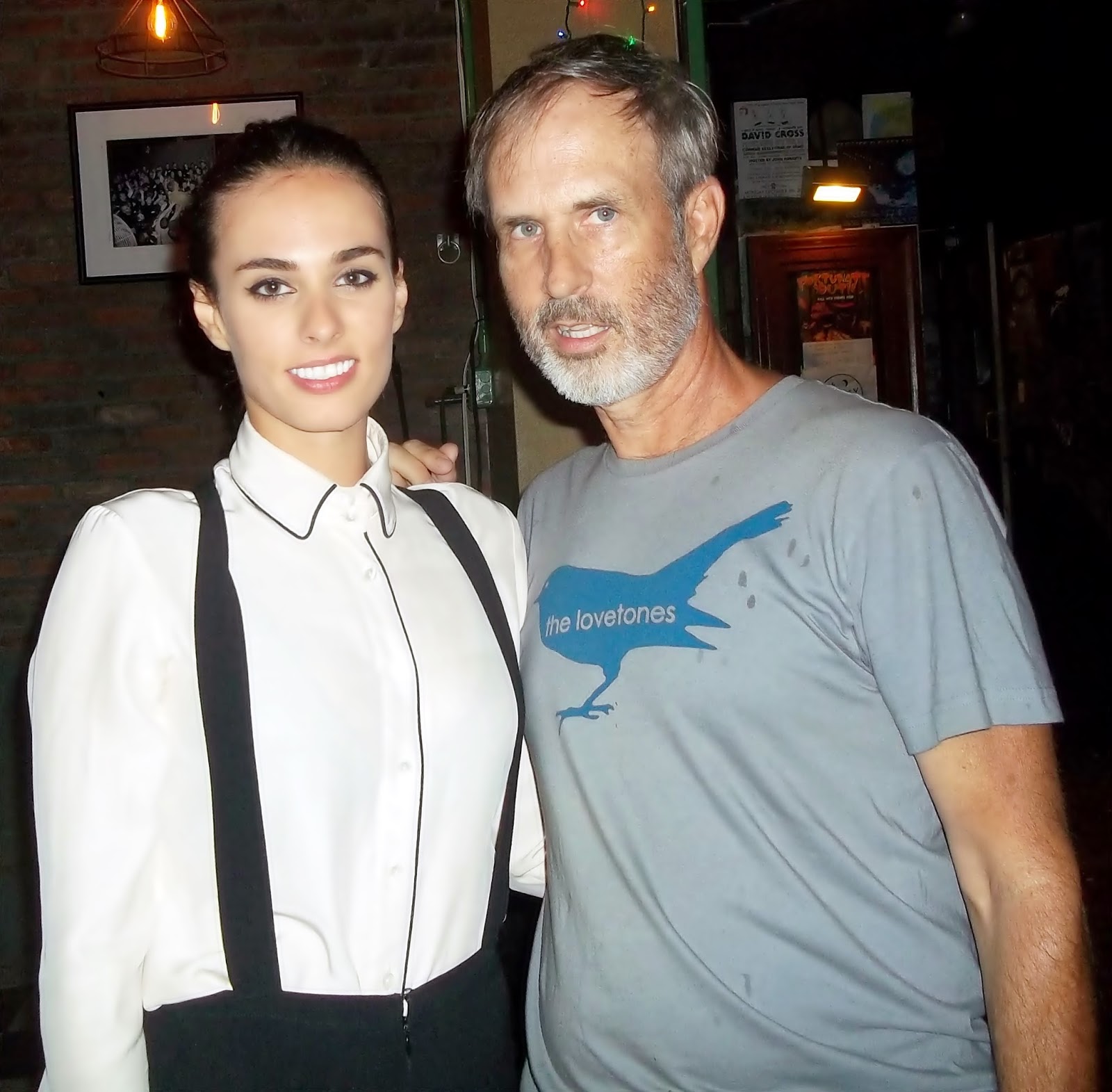