The relatively early stages of new year 2020 forges onward, and with it comes enough global fears of pandemics and economic turmoil to rival what were once considered too far-fetched to be true doomsday scenarios. It's as if the T-Veronica virus depicted in those outlandish Resident Evil movies are merely months away from consuming us all. So, while many now hunker down in their homemade bunkers in a desperate attempt to avoid contact with the “infected,” it seems only fitting for this months DaveCromwellWrites feature to focus solely on recordings from the more interesting (and still surviving – at least as of this writing) musicians. 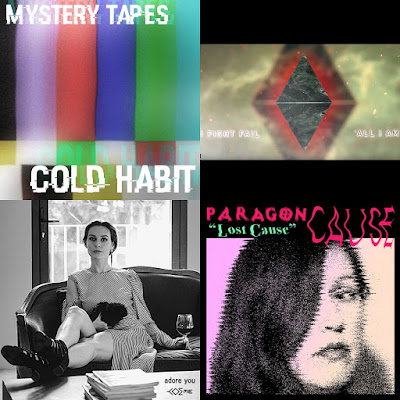 Originating out of the Western Australian city of Perth, psych rockers Mystery Tapes have now released their new single “Cold Habit.” Described by songwriter/producer/guitarist and vocalist Zack Yusof as an attempt at modernized blues/country-style lyrics enhanced through the sonic prism of today's pedal-board FX accompaniment, shows insight with the creative process. 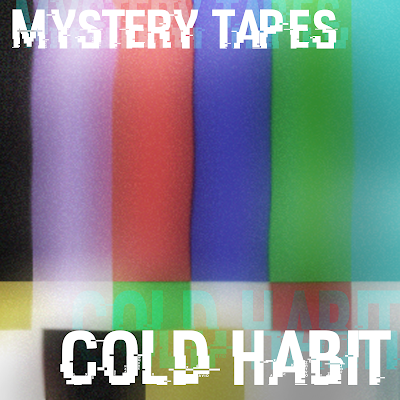 The track slowly rises out of churning, overtone-floating guitar chords and singular stomping beat, as bass guitar slithers in with the fuller percussion accompaniment. This complete, three-piece electric rock band lays out the progression with an initial bursts of doom-laden flair, before dialing it back for the opening vocal salvo. “I don't remember – got no recollection – I never hear the words you say. I can't connect you – I don't believe you.You had your chance to walk away.” The progression runs through again and it's melody becomes that much more strikingly noticeable, with those forward driving guitar chords adding upward tonal movement. Clean, poly-rhythmic drums and cymbals hit punctuation points, locked on with the bass, creating an appealing undercurrent to the melody happening over top. 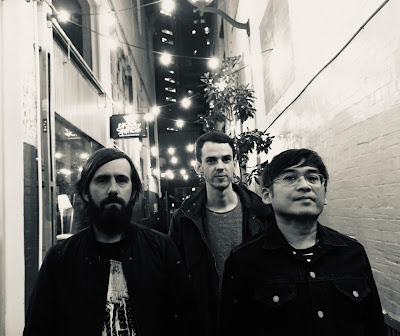 Dialing back the instruments once more, the lyrical story continues: “I don’t really get you- I don’t really want to - I’ll turn your flowers into clay. I will reject you - But I don't regret you - I live to fight another day.” As the band intensifies with its underlying groove, a series of guitar filigrees are unleashed over top. The emotional vibe of old blues storytelling continues with these essential hook lyrics: “You got played right from the start. You would have known if you were smart. I stuck around just to tear you apart. It’s made of stone, my frozen heart. Pierce your soul with my poison dart. You should have seen it right from the start.” 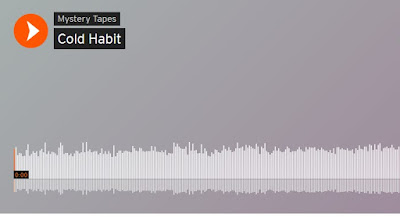 As the percussion momentarily drops back, guitars chime with tension that leads to re-entry by the rhythm section and a series of vocal “ahhhh's.” With those vocals floating above, the band churns on with even more ferocity, before a final 30 seconds of psychedelic backward guitar looping. 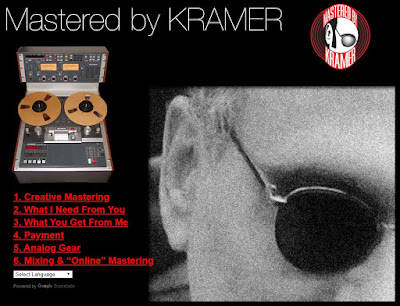 Wisely employing the Creative Mastering skills of iconic 90's producer (and so much more) Kramer made certain this track can now be heard in it's best possible condition. 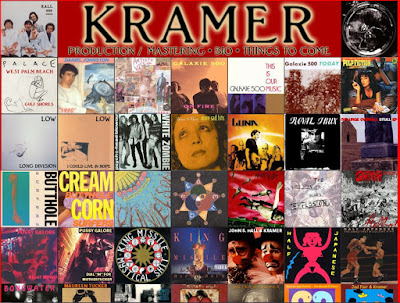 The digital track "Cold Habit" by Mystery Tapes is now available on all the major streaming platforms, including HERE.

Alternative rock is a genre designation that includes a wide range of styles under that singular heading. The mid-western US locale of Canton, Ohio serves as the home base for I Fight Fail, a three piece emo/hardcore-melodic-pop unit that have recently released their latest single “All I Am.” 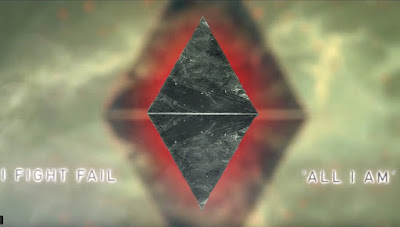 A universally appealing clarion call riff on the tracks introductory hook soon gives way to measured bass guitar notes and the emotionally delivered vocal lyrics that follow. “Find my heart, and rip it out. Everything is quiet now - one last kiss, so make it count” comes wrapped in an affecting sentiment. Busy drums jump into the mix, adding an excitable element underneath this unfolding story of how “I dreamt of a girl with one blind eye, surrounded by clouds and falling skies. Some how I knew I had, I had to make her mine”.  The dream world is so often a nightly source of our creative thoughts, and that particular imagery alone presented in this song is an insightful example of it. 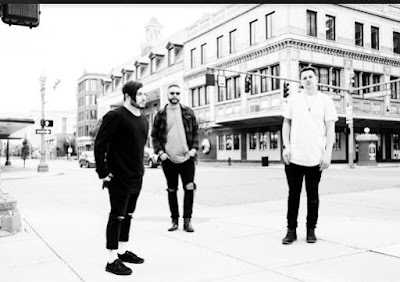 The central hook and thematic statement “We're never awake till we wake up, we never feel till we feel numb” is first arrived at in a more sparsely ambient audio state – allowing that sentiment to initially sink in before subsequent pass-through's come delivered with full-force intensity.  That explosiveness first arrives on yet-another hook (in a song full of many) referencing its title “All I am is gone. All I am is lost.” 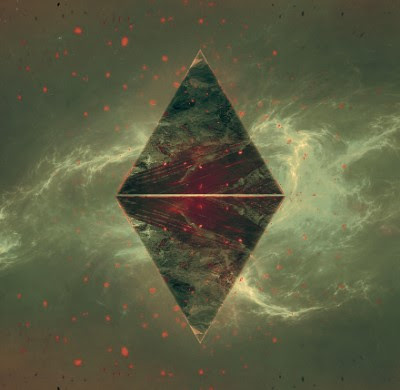 Deeper, tom-tom heavy percussion underpins a second verse that references “trenches,” “pacing figure eights” and “infinity” with vocals progressively enhanced by shimmering higher-pitched harmonies. While the two dominant hooks cycle through again with alternating spaciousness and fury, a centrally located sparse instrumental break sets the stage for one more build-up, culminating in a triumphant hook-heavy conclusion. The final 20 seconds sees the vocals increasingly obscured, as if slipping back into the the dream state once more.


The track is now streaming everywhere (including HERE) and you can connect with the band here:

The Brighton, England independent music label Shore Dive Records is always good for a steady stream of intriguing new music. Specializing in limited edition releases, they provide a treasure trove of worthy material otherwise obscured by larger entities hammering away with oftentimes less creative (but more heavily financed) promotion. One such band finding it's way onto the DaveCromwellWrites landscape is the Russian collective COSme. While the announcement of Shore Dive reissuing the band's debut album came a month or so back (release number 34), the positive impression made on first (and repeated) listen(s) requires this deeper analysis. The principal members of COSme emerged from 90's era dreamy noise-gaze band PLASTICA. The 10 track album “Lost Generation” was initially released in 2018, with this Shore Dive reissue at the beginning of 2020. 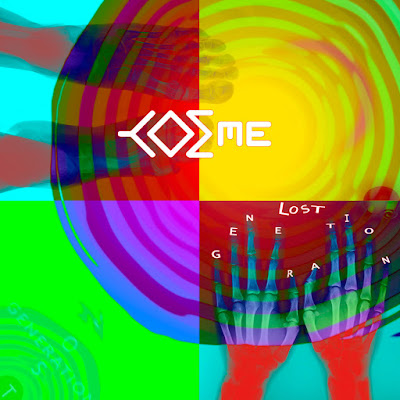 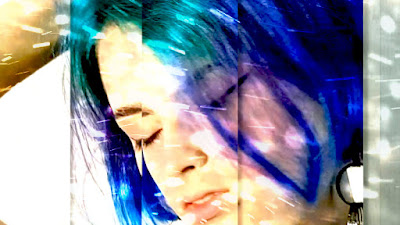 Clever placement of politicians and their frighteningly sweet smiles are blended together with world-destroying mushroom clouds.  Rockets blast off, flowers bloom at hyperspeed while the instrumentation holds in a bridge-like pattern for emphasis.  As engulfing billowy textures fly away in reverse motion (representing nuclear winter?) the blue haired beauty returns to sing and swoon with a seductive charm.  An interesting keyboard melody emerges at the songs mid-point, and skeletal arms strum downward on those pitch-bended guitars. The song and video combined is a truly creative masterpiece.

The band has just released a brand new track “Adore You” which employs similar levels of quick strummed guitars, pitch-bended whammy-bar techniques and mechanized percussion.  The combination of those elements position the track along the same lines as the classic My Bloody Valentine track “Soon.” Vocals are delivered by a male voice and come wrapped in a gorgeous processed sheen. The tracks mid-point doubles-down on that sheering gaze-guitar effect that has always blurred the line between musical instrument and some kind of industrial machinery. While the lyrics are written and sung in Russian, the single line designation: “dedicated to the one I love” (and the tracks title) pretty much says all you really need to know. 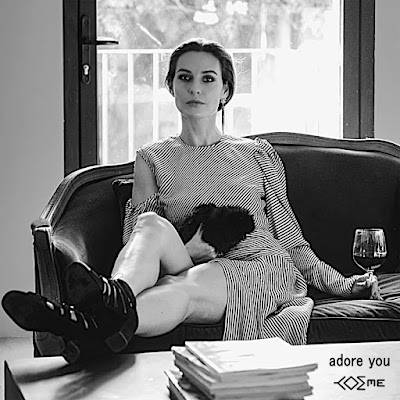 Check out this track RIGHT HERE.


*  *  *  *  *
Canadian duo Paragon Cause have been working feverishly on new material since putting out their wonderful EP “Lies Between Us” last Autumn (and fully reviewed here).  A brand new single titled “Lost Cause” is now set for official release on March 20th, with DaveCromwellWrites lending an ear and analysis to the inner workings of this track. 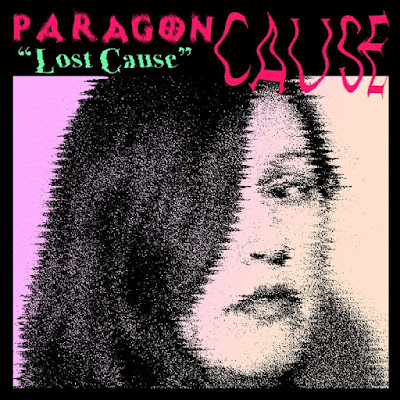 Scheduled as the first single off imminent full-length “What We Started,” the song's meaning emerged from songwriter and vocalist Michelle Opthof's frustration over the difficulties women sometimes face in dealing with the criminal justice system. Combining that with the more universal element of a relationship coming to an end, and the realization that the individual responsible for the damage done truly IS a lost cause. Working seamlessly with bandmate Jay Bonaparte and producer/fellow-musician Sune Rose Wagner, Paragon Cause will also include a sci-fi graphic novel story along with the record. 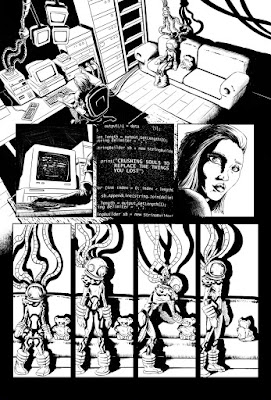 The track itself builds out of measured electronic beat percussion that makes use of bass-drum, snare and highhat approximations with strategically placed deep echoed singular shots. A classic synth-flute sine wave enters the mix which quickly fills in with additional keyboard-driven notes and a deep low-end synth bass. The alternating rising, then descending melody line coupled with these synths tonal qualities hearken back to the rock-dance music of the golden early 80's era. There's an orchestral element to it all as well, providing a stylistic anthem backdrop for the lyrics that follow. “You've taken more than your fair share – It doesn't seem to bother you” is how the story unfolds, against sparser backing of stripped-down percussion, single-note synth stabs and a deep-rumble rising bass-synth line. 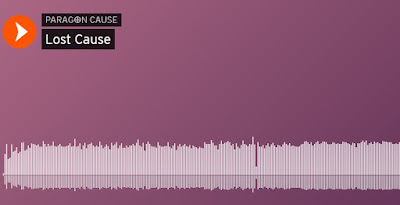 The instrumental passage following essential lyric “Crushing souls to replace things you've lost” brings back that lush opening orchestral layered-keyboards hook, adding subtle percussive details in the process, such as reverberated tambourine strikes. It all builds towards the dramatic vocal reading (and tracks emotional center) “The scars remain – you should have to pay – more than them.”


Listen to the radio edit of this song HERE.


And check out the video made for it HERE. 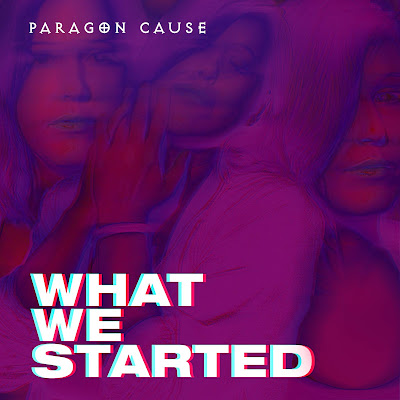 You can Pre-Order the soon-to-be-released album "What We Started" HERE.