The 45th Print Issue of The Deli Magazine is out and available for consumption here in the Winter of 2016. 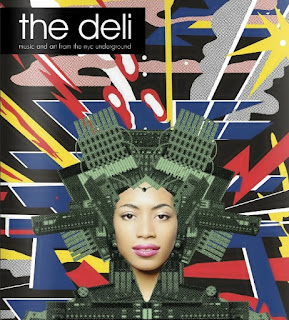 Inside a number of Dave Cromwell composed features can be found, referencing more detailed writing previously appearing on the magazines website. 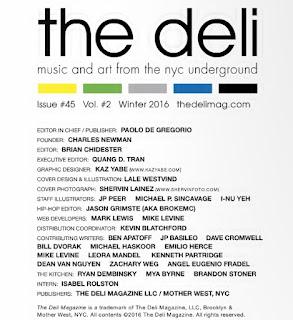 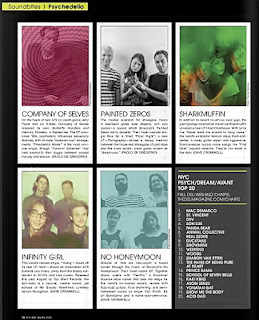 Those fuller features get an expanded look here, along with other selected Cromwell/Deli writings focusing on music worth a second listen.

You can access the entire issue on the web in choice formats, here


* * * * *
The combined forces of Brooklyn and Long Island deliver impressive results with the Gingerlys debut 7" EP “Jumprope” out on Shelflife records. 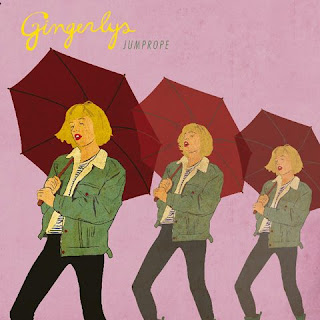 
Gingerlys feature on The Deli Magazine by Dave Cromwell 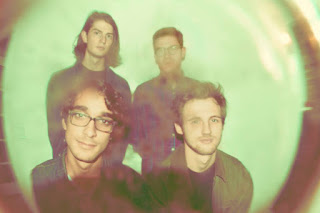 The first single “Young” shows an incremental shifting towards pop music, that moves away from the loose jam sound previously explored on their 2012 EP “Just Like Lovers.” The current track comes on at a quicker pace, but lyrical verses are clearer, allowing for snippets of vocal hooks to take a deeper hold. Nods to My Bloody Valentine’s “Loveless” era can still be found in the metallic pitch-bended welded shearing sound that emerge within the mix. The poppier elements owe more to the development of a song structure with a lighter overall feel. A band like The Pains of Being Pure at Heart successfully blended romantic compositions and teen angst lyrics with harsher guitar sounds, and Infinity Girl appear to be taking a similar route. However, dense layers still emerge within this track, keeping the essential feel more dreamgaze than twee.

Additional tracks from the album can be heard here.


Infinity Girl feature on The Deli Magazine by Dave Cromwell 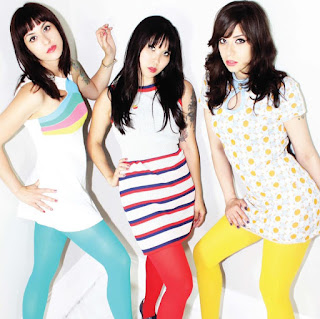 While we are now in the heart of snow laden winter, we can escape to warmer times by taking in this perfect slice of Coney Island atmosphere. Beach time fun is fully on display in both video and song, which captures the Ramones “Rockaway Beach” vibe with Ronnie Spector vocal harmonies. The three front-ladies make a solid case that brunettes have just as much fun as blondes do at the shore.


After recently completing a successful European tour that took them through Ireland and Scandinavia, they’ll head out to conquer Japan in February.


Baby Shakes feature on The Deli Magazine by Dave Cromwell

Emerging from the guitar/drum nucleus of prior decade indie rock band Lotion and adding keyboards to their sound, New York City’s Baby Spiders release an inspired three song EP “Seven months out of the year.” 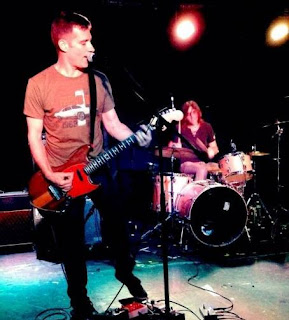 Leadoff track “Knockout Gas” pairs distorted synth-bass patterns with a distinct guitar melody over loose power-rock drumming. Vocals are delivered Ozzy Osbourne style, where the last word in a lyrical line trails off in echo. “Summer Triangle” lumbers forward at a slower, more deliberate pace. The defining hook comes via a heavy synth line over Leslie-speaker-amp driven Hammond organ pads, mirroring what prog-rock crossover band Deep Purple did so well. Final track “Hunter” continues the heavy English blues rock references, dipping into the canon first popularized by bands like Black Sabbath and Led Zepplin. Verses are closer to narration than actually sung, with big riff breaks in between. An extended keyboard led coda fills out what is the EP’s longest track at over four and a half minutes. 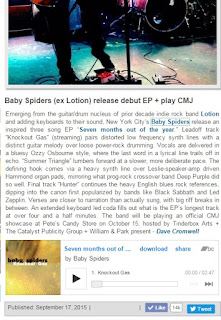 Baby Spiders feature on The Deli Magazine by Dave Cromwell 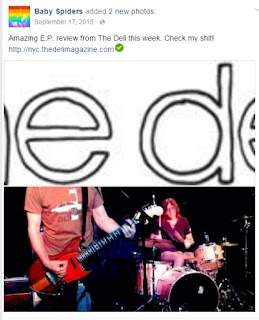 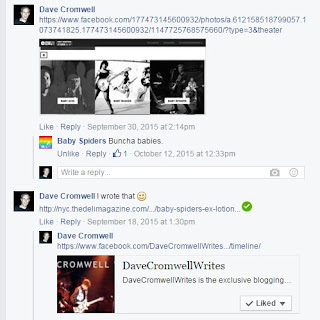 Brooklyn stalwarts Fort Lean released their debut full-length album Quiet Day on indie label Ooh La La Records this past October. Establishing themselves on the local scene over the last few years through a number of singles, EP’s and live performances, this latest release delivers their most accessible but also best orchestrated work to date. 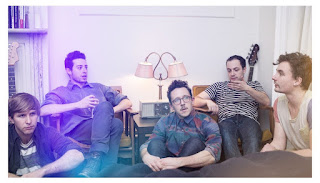 Standout track “Might’ve Misheard” emphasizes why the verse/chorus song structure works so well. While those verses are sonically spacious (allowing for intimate detail storytelling), the huge bombastic chorus delivers a memorable vocal hook bathed in a sea of guitars. “I thought you said we could both disappear – then we’d get away” provides both auditory and emotional release, while cleverly embedding the songs title within follow-up lyrics.


Previously released opening single “Cut To The Chase” builds around clean, undistorted guitar figures over a 50’s stroll rhythm. Melancholy bridge chords emerge as the lyrics turn pensive and confessional. “Never mind, it’s alright, you can lie, you can say that it’s ok” comes as the defining hook. Title track “Quiet Day” burns slowly as a steady bass guitar pattern runs through it. Mental turmoil is suggested not only through lyrics but via audio textures that play like a tense psychological dramatic film soundtrack. 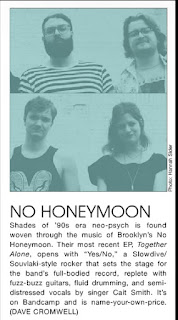 Also featured in Print Issue No 45 - No Honeymoon 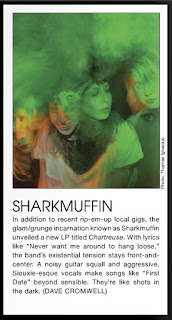