As I had some friends in town for a special week, one of the events that's always sure to entertain is the twice-monthly event called Mondo which is held at Don Hills club on the lower westside of Manhattan.

My buddy Rob and I rolled into the place to catch the much anticipated set from a band I had been hearing about for a while now - The Secret History. To put it succinctly - they were nothing short of spectacular. 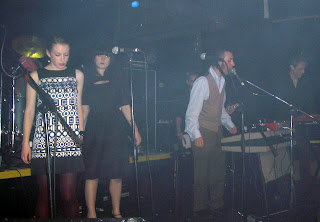 Led by established indie legend Michael ("Mickey") Grace, Jr., the band features two beautiful frontwoman vocalists - Lisa Ronson and Erin Dermody. Lisa, by the way - in addition to being an outstanding singer - shares a hereditary bloodline with (at the very least) one of the all time great guitarists of my musical upbringing. Erin - besides being gorgeous - is apparently also a long-distance runner. Well, there's one thing we have in common. Rounding out the musicians are long-time collaborators guitarist Darren Amadio, bassist Gil Abad, drummer Tod Karasik, and keyboardist Kurt Brondo. 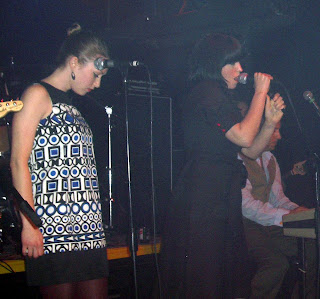 The bands visual presentation is as impressive as their song structures and musical performance. I was most impressed with the rendition of their anthemic song "Ballad of the Haunted Hearts". There is so much packed into this one song. Deep, husky lead vocals from Lisa; jangly guitars; "doo, doo, doo, doo's" from everyone; great lyrics ("and all that lonliness illuminated"); soulful organ (think The Band or Springsteen); lots of "ba, dap, ba, dap da, da, da's"; a great change sung by Michael ("the war against silence") complete with intoxicating 60's-style background vocals "sha, la, la, oooh's". 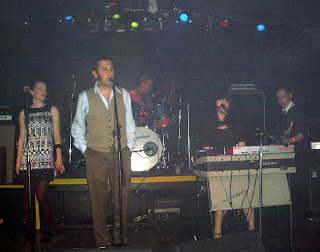 Not to be content with only one musical style, the band instead displayed a wide variety of sounds and textures, while it dared you to try and find what might possibly be the inspiration behind any particular song. For instance, on the song "Mark and John" the opening guitar chords and rock&roll piano pays brief tribute to David Bowie's "Watch That Man". Again, Lisa's deep, resonant voice propels the verses. By the time they reach the catchy hook-line "this is the end of music" everyone is singing along. "Bring on the bitter kids - bring on the glitter kids" Lisa sings. Indeed.

Here's a quick clip from their performance on this night. Doing "Our Lady Of Pompeii":


This song is pleasing on so many levels. With its descending guitar line and thumping tom-tom percussion, Lisa delivers the verses against a good-timey piano backdrop. I particularly enjoyed the two female voices doing "oooh, oooh, oooh, oooh's" in tandem with a distinct and resonant guitar line. "Everybody fights a war" is the vocal hook - "but you".

And some more pictures: 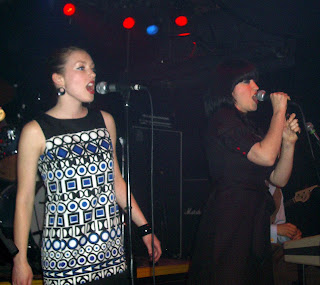 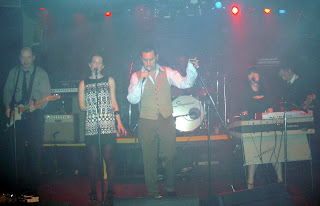 Michael steps out from behind his keyboards to sing (and dance). 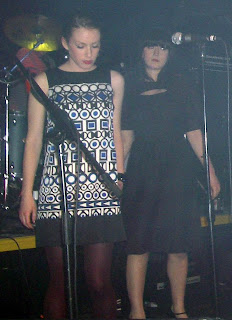 This is serious business.

As Mondo most certainly is a dance club - I definitely felt the inspiration at times to engage in such crazy release. 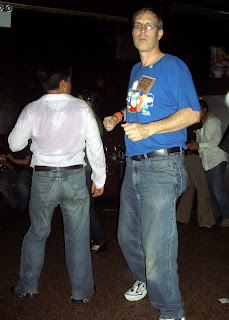 I met a lovely boy named "Neil" and we danced like we just didn't care. 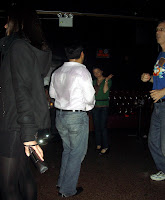 The three outstanding featured DJ's at Mondo (Miss Modular, Kevington and Dr. Maz) encourage you to "dance around like you are in your bedroom". Well, that's exactly what Neil and I did. 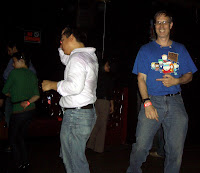 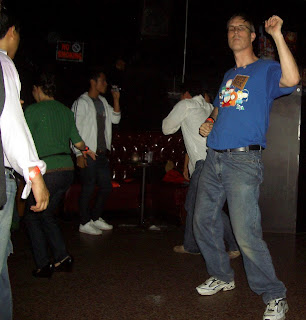 At one point they played The Indelicates "Julia We Don't Live In The 60's" and Neil and I just went completely nuts!

But on this night the band that truly mattered were The Secret History.

I was fortunately enough to catch up with the beautiful and talented Lisa Ronson, for a quick photo op. 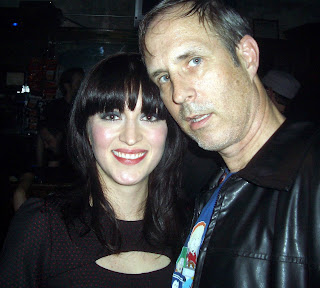 As I still had my camera set to video, it took 3 or 4 attempts by Michael to take the picture (until I figured out what was going on) - and Lisa and I had a good laugh about that.

What ultimately sets this group apart from so many others is the superior songwriting of Michael Grace, Jr. 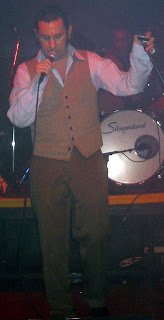 Precise arrangments and clever lyrics add up to an entertaining mix that's hard to ignore.

Check them out here:

And give their music a listen.

A 5 song EP is promised to be released this September. To be followed by their full-length debut.

Very much looking forward to all of this.
Posted by DaveCromwell at 2:56 PM 4 comments:

Because More Was Needed

Greetings one and all. I am Dave Cromwell and welcome to my new alternate blog.

Some may know me from the many show reviews and interviews I have done and posted to MySpace.

These can be viewed anytime right here: 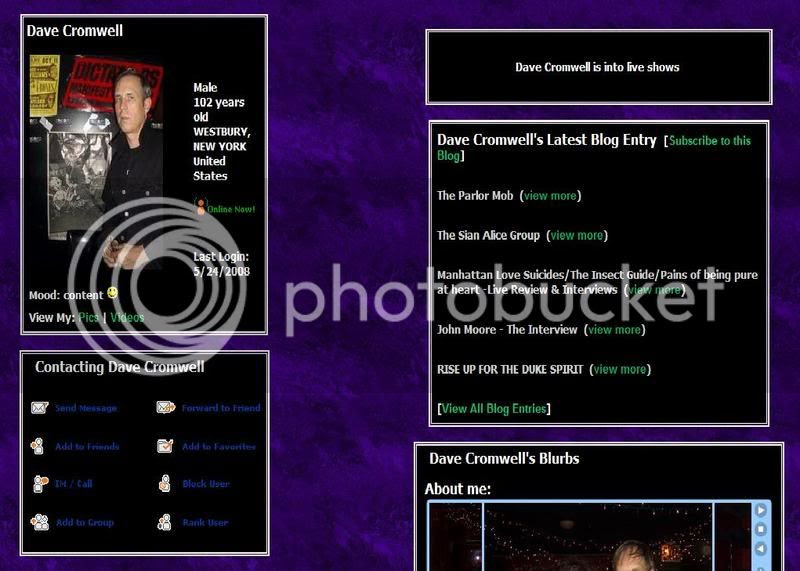 Why the need for this one, then?

Well, simply put, I am attending more shows, and doing more interviews than ever. I need to be able to feature 2 things at the same time. I can't properly showcase or promote something, if it gets pushed aside for the next thing.

So, this is the solution.

Welcome to the added coverage.
Posted by DaveCromwell at 2:18 PM 1 comment: