Grandfather - Why I'd Try - the Album Review

It is a bold move for the band Grandfather. Having grown tired of hearing everyone and anyone with access to a home digital "recording studio" pump out one plastic, tech-manipulated and all too often lifeless collection of songs after another (much to the gushing delight of Pitchfork devotees far and wide), the band chose to go in the opposite direction.

And so it was this past July, when the three members of Grandfather - guitarist Michael Kirsch, drummer/vocalist Josh Hoffman and bassist Jonathan Silverman - sold off all of their home recording equipment and headed to Chicago to make their album "Why I'd Try." 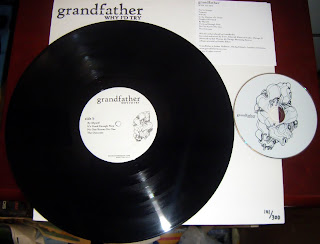 However, it wasn't just any random destination in the windy city they were headed to - but in fact had arranged to record their album at Electrical Audio with the wizard of analog recording himself, engineer Steve Albini.

Steve's legendary accomplishments have been chronicled for the three decades he has now been involved in making recordings (both his own and for other people). Anyone who doesn't know who he is and what he's accomplished already, I suggest you google his name and spend some time finding out. The fact that Grandfather chose to record thier album with him speaks volumes about their own integrity and intelligence. 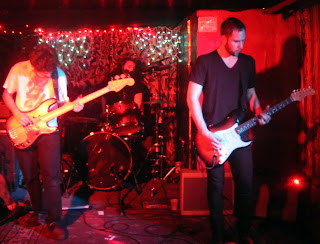 The opening track, “You’re Strange” merges heavy, near prog-rock-like sound structures against earnest, impassioned vocals. “If it’s all for nothing – none of us win,” is how the lyric goes. Despite this desolate outlook, the response of “I’m all in” indicates a desire to somehow make it all work. With an emphasis more on vocals, lyrics and the storytelling, the track peaks with an explosive instrumental conclusion, leaving the listener wanting more of this part of the song. Perhaps in the live environment?

Yes. This is exactly where these sonic explorations are expanded.

Fortunate to be able to catch the band at a recent live show, the explosive end-out was expanded on - much to this listeners satisfaction. 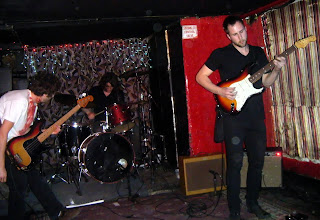 “Tremors” has a clackety percussive propulsion, while the guitar builds a tension behind more sincere, questioning vocal. “Is the pressure too much, not for nonesuch” is typical of the lyrcial content that frequently presents itself in riddle cadence. A particularly tasty drums and bass rhythmic undercurrent lays the ground for creative guitarwork on top - in particular, some nice rubbery string manipulation. 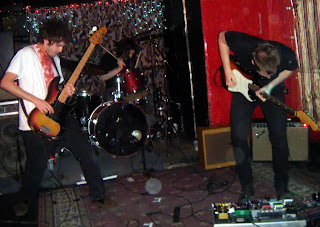 “AWOL” continues the rumbling, chugging rhythms with guitar lines echoing the vocal melody. A riff driven piece, the lyrics-to-music ratio is better as vocal lines keep it simple, while aggressive guitar textures rise to the front. The only complaint here is, at a mere 2 minutes in length, its all over before it actually gets started. Again, one could picture this stretched out considerably more in the live setting. 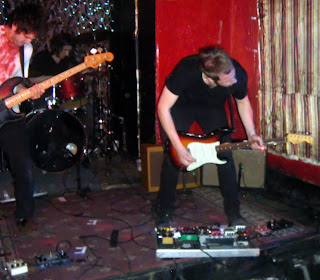 "In The Shadow of a Doubt” repeats the vocal refrain “if you go down there, you can’t come back.” Sung softly with simple accompaniment, it then followed by big, bold (bombastic) musical emphasis inbetween these passages. Somewhat dirge-like (in a Black Sabbath way) there are impressive drum rolls providing much needed motion underneath. The guitar then creates a rising sensation up to the songs quick stop ending. “Caught Off Guard” delivers more slow-moving, vocal emphasis, against deep, thumping drums – interspersed with bursts of aggressive guitar strumming. It all builds up a to passionate vocal wails of “it’s all gone now,” that would not be out of place on, say, a Soundgarden record. 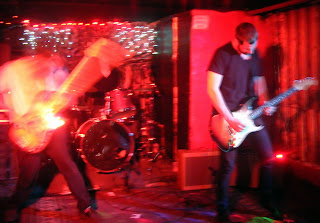 "By Myself" presents an angular progression that quietly changes tempo and brings everything down to feature the vocals and lyrics as the initial point of focus. The drum rhythms and guitar patterns are particularly tasty. "Down to the core - where they want more," is the lament. The wiry, textured guitar work at the center is most welcome indeed. As is the bass guitar and heavy thundering drums that follows. 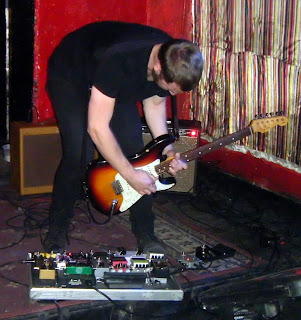 "It's Good Enough Now" introduces an interesting sonic texture behind the vocals. Sounding almost like a keyboard (though we know none were used on the record) the long, extended notes are not unlike something Robert Fripp might do. Similar to previous song structures on the record, the lyrical tale is presented prior to the band kicking in with the good, heavy stuff. The live drumming in particular sounds quite appealing. 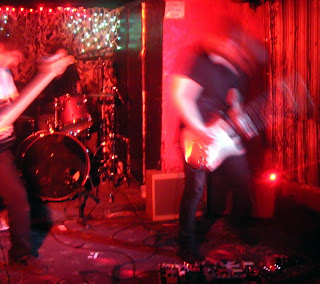 "No One Knows No One" clocks in at a robust over six minutes in length. Leaning on bass guitar to mark out progression and structure, the now familiar straightforward vocals recount an angst filled tale of how, well, no one (really) knows no one (anyone?) The heavy instrumental end out is sublime. 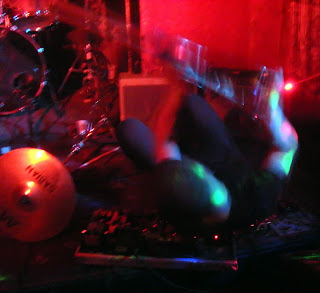 Michael goes for a stage roll in the live scenario.


Gentle guitar plucking, more clackety percussion and doom-heavy bass guitar thudding create a sonic bed for the album closer - "The Outcome."
"How come we're all dying if all we have is living," is the existential question asked. The guitar solo is a brilliant blend of choppy aggression and controlled mayhem. 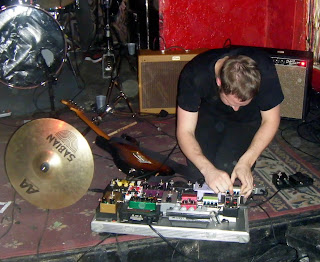 The band is offering a digital download of this, their debut album - entirely for free at:
http://www.grandfathermusic.com/

You owe it to yourself to grab this baby while you can. 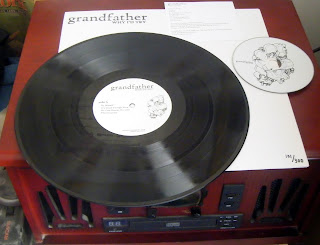 Additionally, Michael Kirsch has written a fascinating 4 part series on the making of this record.

You find all that via this link here:
http://www.sonicscoop.com/2010/09/30/how-grandfather-made-a-record-with-steve-albini-in-three-days-part-i 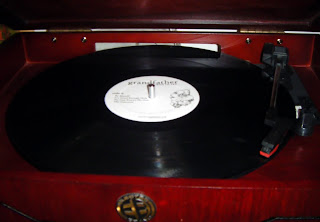