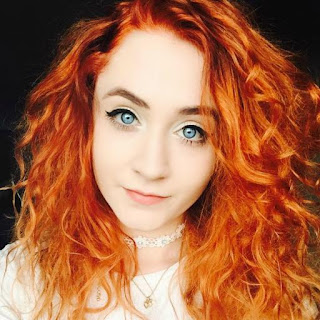 It’s a rainy wet and windy Friday afternoon in New York City’s Flatiron District when I arrive for my scheduled meeting with emerging Irish pop sensation Janet Devlin. Here doing a quick press tour on behalf of her American label OK! Good Records, Janet is finishing up an appearance on Cheddar Life TV when we are introduced. 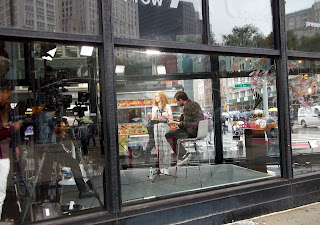 Traveling with a small entourage that includes her US label rep, two guitarists who pleasantly introduce themselves as “the English contingent” as well at super PR rep Rey of Reybee Inc, we agree on The City Market Café across the street to do our interview. 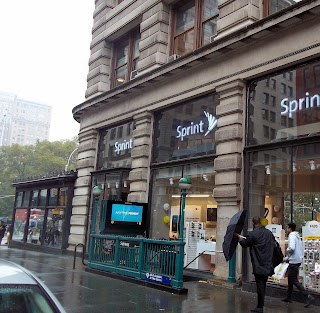 With the rain now coming down steady and 5th avenue to cross, I offer to shelter Janet underneath my umbrella (which she graciously accepts) and soon we are inside sharing coffees and discussing the current state of her young career. 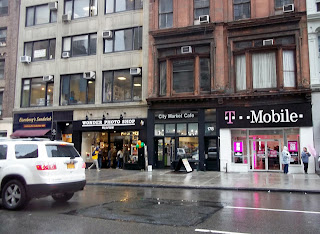 For the uninitiated, Janet Devlin is a Northern Irish singer-songwriter who grew up outside the village of Gortin in County Tyrone. Singing and writing songs at an early age, Janet initially caught the public’s attention when she appeared on Series 8 of UK's X Factor in 2011. Only 16 years old at the time, she consistently received the highest consecutive public votes out of all the contestants. After leaving the X Factor, she released her acclaimed debut album, Running With Scissors in 2014, reaching Number 1 on the UK Indie Breakers Chart. In 2015 the album was released in the US on OK!Good Records. 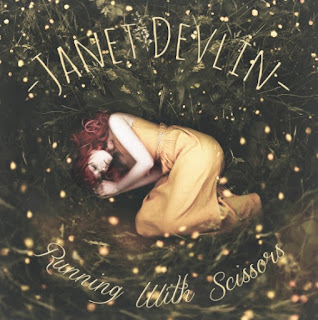 The reason for this current press tour to New York (her sixth, she informs me) is the release of her brand new single “Outernet Song” which is officially available worldwide on October 7. Tackling issues of our current obsession with social media, Janet presents her case as it relates to her own personal experiences as well as the universal angst many feel. 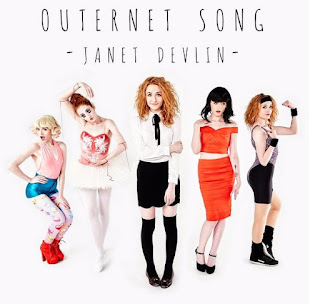 This point of view is particularly revealing as her online presence is quite strong. Her weekly video logs are a real treat to experience and something her fan base eagerly looks forward to. Add to that an impressively attentive nature on potentially instant-reaction platforms like Twitter (where she seemingly answers nearly everyone who Tweets at her) giving the impression of a modern day star made for social media. However “Outernet Song” shows the darker side of being in the public eye, especially for a young woman coming of age.

It's a brilliant take on the pitfalls of social media, trying to measure up to expectations and the pressures to fit in.  Wrapped in an extremely catchy tune (and character driven video, all created by Janet herself) is a sobering take on conformity.  As revealed in the songs lyrics:

And online you're not safe from thigh gaps and ideal weights
I think it's time, time that I took a break

And online you're not safe from thigh gaps and ideal weights
I think it's time, time that I took a break

And online you're not safe from sly ads and anon hate
I think it's time, time that I took a break

Some day we should venture to the Outernet

Too much time on the Internet
It’s not hard to find what people said
"Why’d you change?" "where's your innocence!"
"I miss your blonde hair, why'd you dye it red?"

"When you sing you sound like a 10 year old"
“you’re that ginger kid from a TV show?"
if you don't like what you hear then turn it off
it's not like I'm being played on the radio


'because loving yourself is so unacceptable 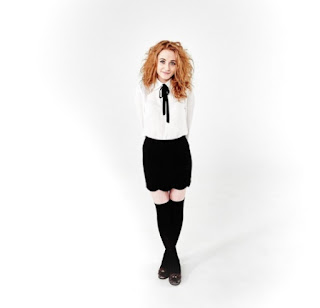 As her New York management team scurried off to the multiple simultaneous tasks before them, we are left alone for an hour, allowing for an energetic chat on a variety of topics. Conveying how wonderful I think her debut album “Running With Scissors” is (and what my fave tracks are) I ask if the lyrics are all her own or did she have any other input on them? “Oh no, I wrote all of the words myself,” she explains. “Most of the lyrics to those songs I had written for a couple of years now. Like ‘Whiskey Lullabies’ I wrote when I was 18.”

At nearly 22 now (her birthday comes this November 12) Janet Maureen Aoife Devlin is branching out into acting as well. Having recently wrapped up filming her screen debut on an indie film called “Songbird,” Janet contributed two original self-penned songs to be included on its soundtrack. 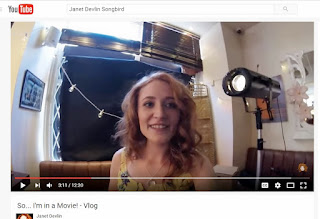 Janet wrote: "I spent my week on the set for the film "Songbird". I didn't want to give anything away so this may make only a little bit of sense aha! Thank you so much to everyone involved in the film, you we're amazing! Thanks for making me feel so welcome and settling me into my acting debut! I hope you guys enjoy!"

That video can be viewed in full right here

I asked about her reported issues of insomnia and how she is dealing with all that. “That actually seems to have corrected itself now, and I’m sleeping more typically lately. Of course I’m working 18 hour days a lot so it could be a result of that.” I let her know that six hour of sleep a night is no so bad, especially for someone who was previously dealing with much less.

We spoke about her impressions of New York City, which was captured in this clip here:


One can't help but be impressed by the energy and determination wrapped up in the workaholic nature of this young woman.  Her YouTube channel presents a detailed historical perspective on her evolving career and is updated weekly. 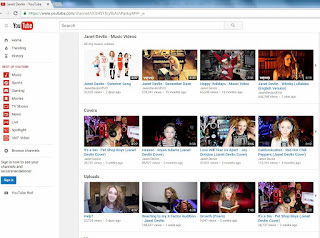 Having touched on a wide variety of topics in our hour long conversation we both come to the conclusion “who knows what’s going to happen?” When I simply state that “I just hope the world doesn’t blow up,” Janet offers up this sobering (and intellectually deep) thought: “A few billion years from now, the Sun will expand to the point where it will destroy the Earth. So all of this discussion about being remembered and creating a legacy for yourself will be gone.” 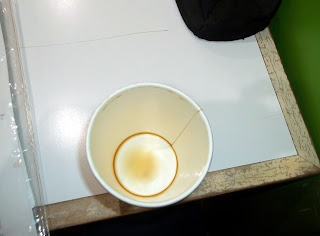 Pondering that I counter with “then I suppose it comes down to what you do with the time you have on your hands right now.” Nodding in agreement, Janet is soon whisked away by her returning entourage as she headed out to other parts of New York City and the scheduled appearances for the remainder of the day. 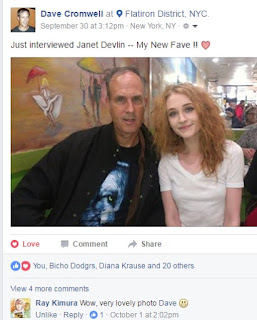 And all of her other music here:

As of now Janet will be touring the UK and Northern Ireland at the end of November and all through December (her third UK headline tour).  A listing of those "My Opium" dates and how to acquire tickets can be found here.

Discussions are also in the works regarding East Coast US dates, which would certainly be a welcome treat for music lovers on this side of the Atlantic.