Special performance events are moments we look forward to weeks and sometimes months in advance. When a recording artist releases music that both excites and fascinates, the opportunity to review, interview and/or cover their live show truly becomes a mission of purpose. 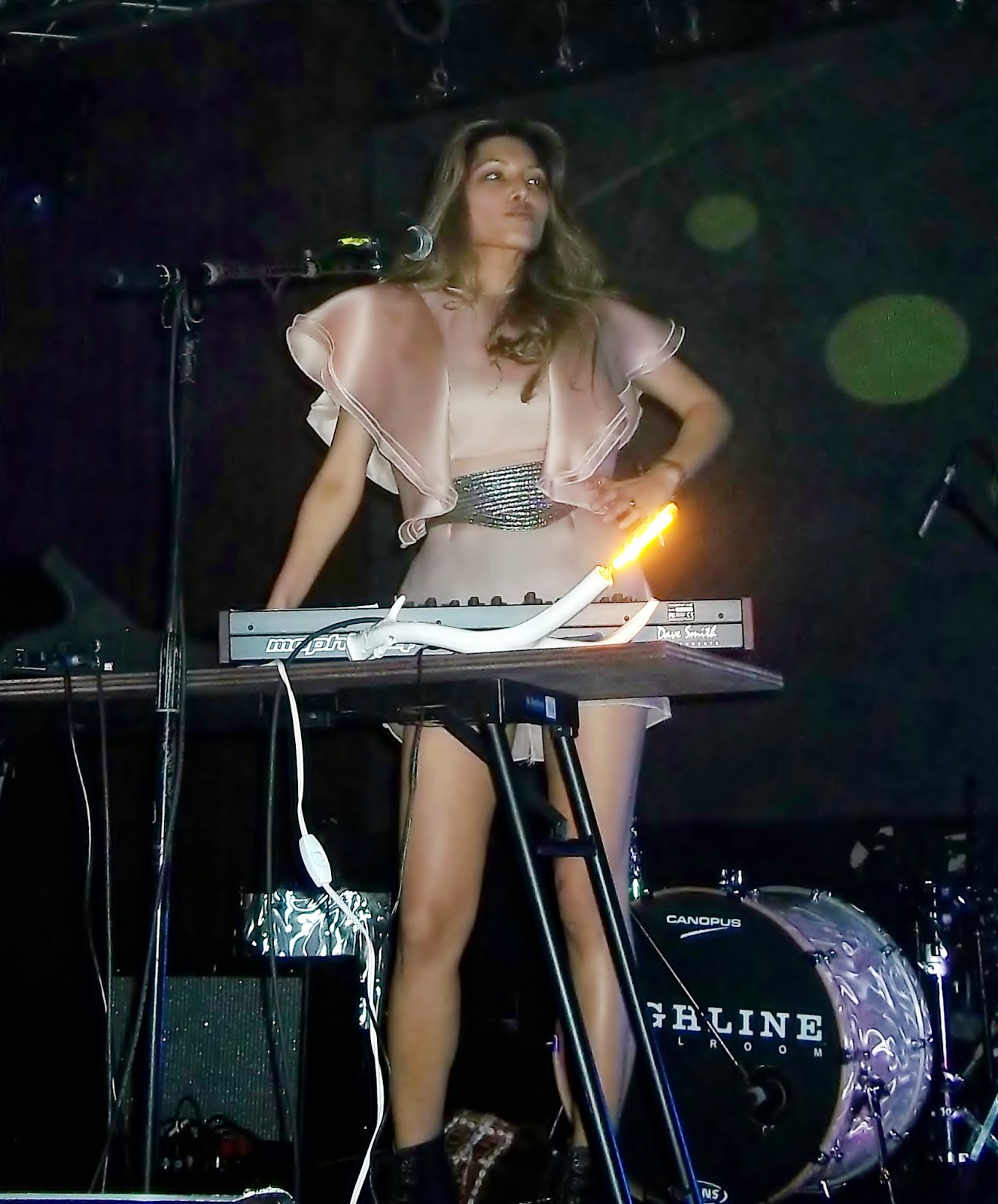 Having previously written a show preview and select track review of Vandana Jain's wonderful new album  Anti-Venus on Dingus, catching her next live appearance was a must. 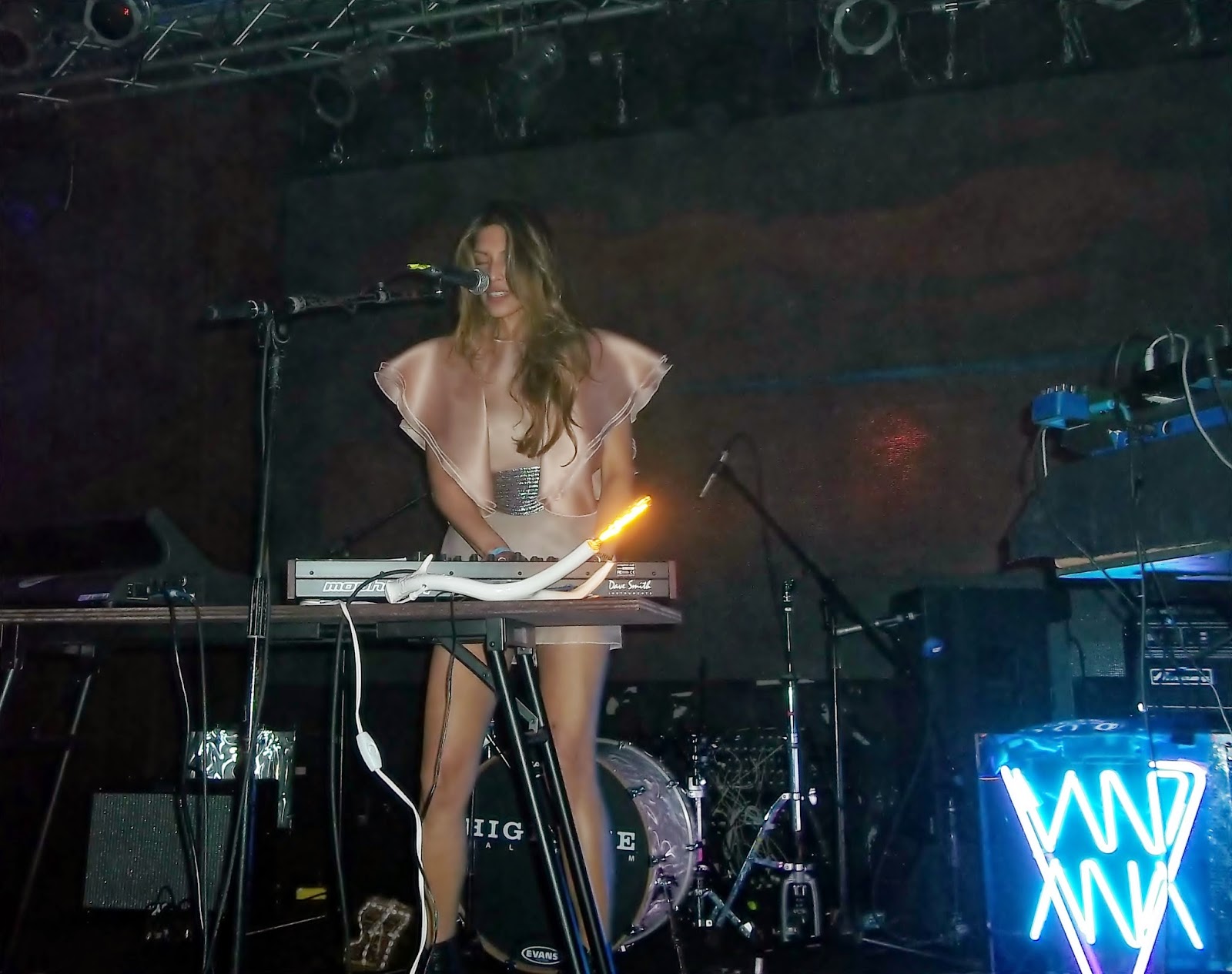 On July 30, 2014 - Den Entertainment impresario Solonje Burnett presented SHE at The Highline Ballroom

A featured prime-time performance there by Vandana and her band presented a futuristic technical tour-de-force in both sight and sound. 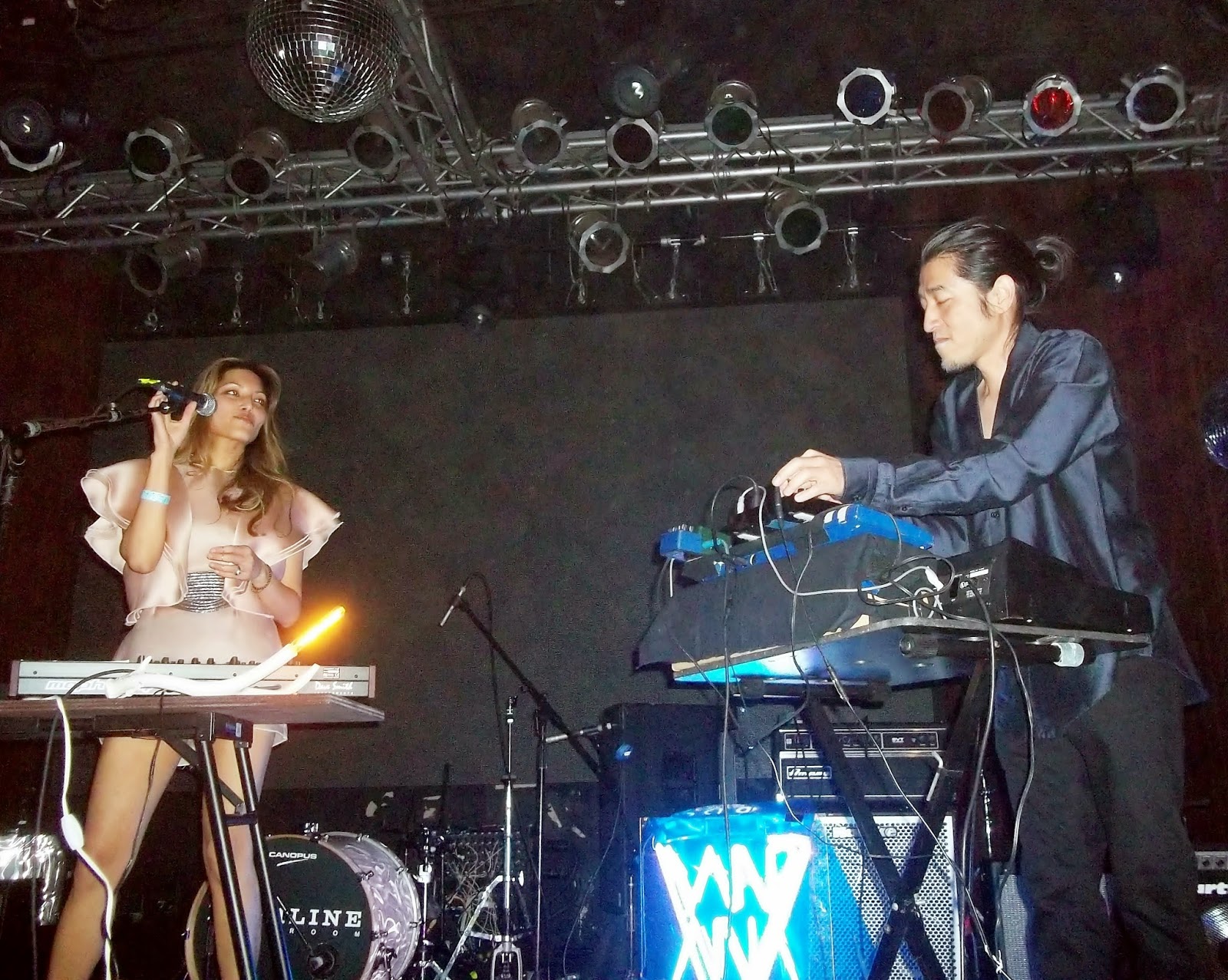 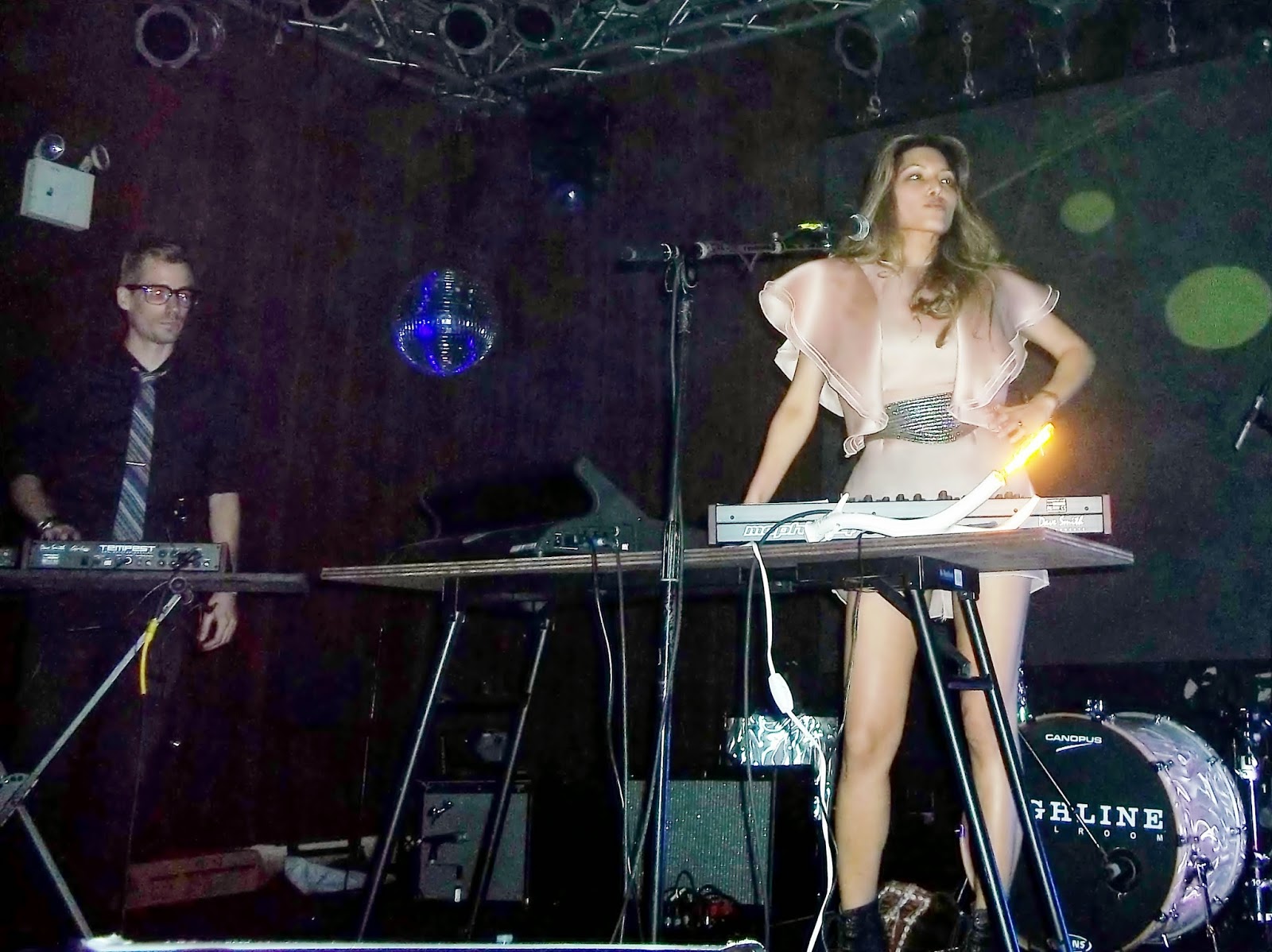 The track emphasizes distant percussive mechanical clicks and whirrs recreating sci-fi atmospheres first touched on in the mid 1970’s via Pink Floyd’s “Welcome To The Machine.” Dark foreboding (yet warm) analog synth notes pulse and rise from distant ethereal mists. Recorded at Jain’s home studio, inspiration came in part by delving into Henry Miller’s classic novel “Tropic of Cancer,” and its embrace of “the grip of delirium.” “You freak – you make me ecstatic” becomes the central single line vocal hook. All semblance of repetitive listener fatigue is non-existent, however by virtue of varied intonated emphasis throughout each recitation. 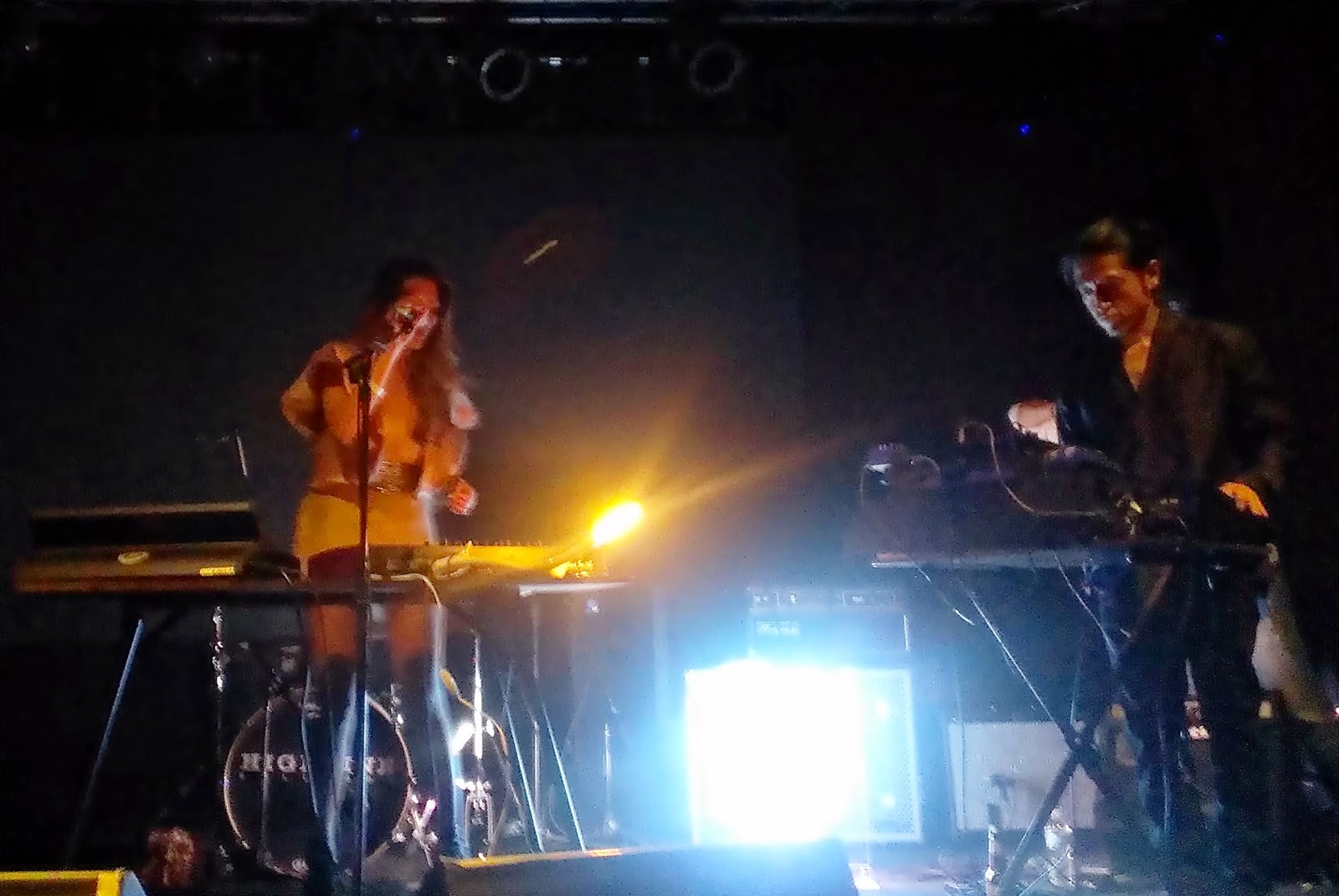 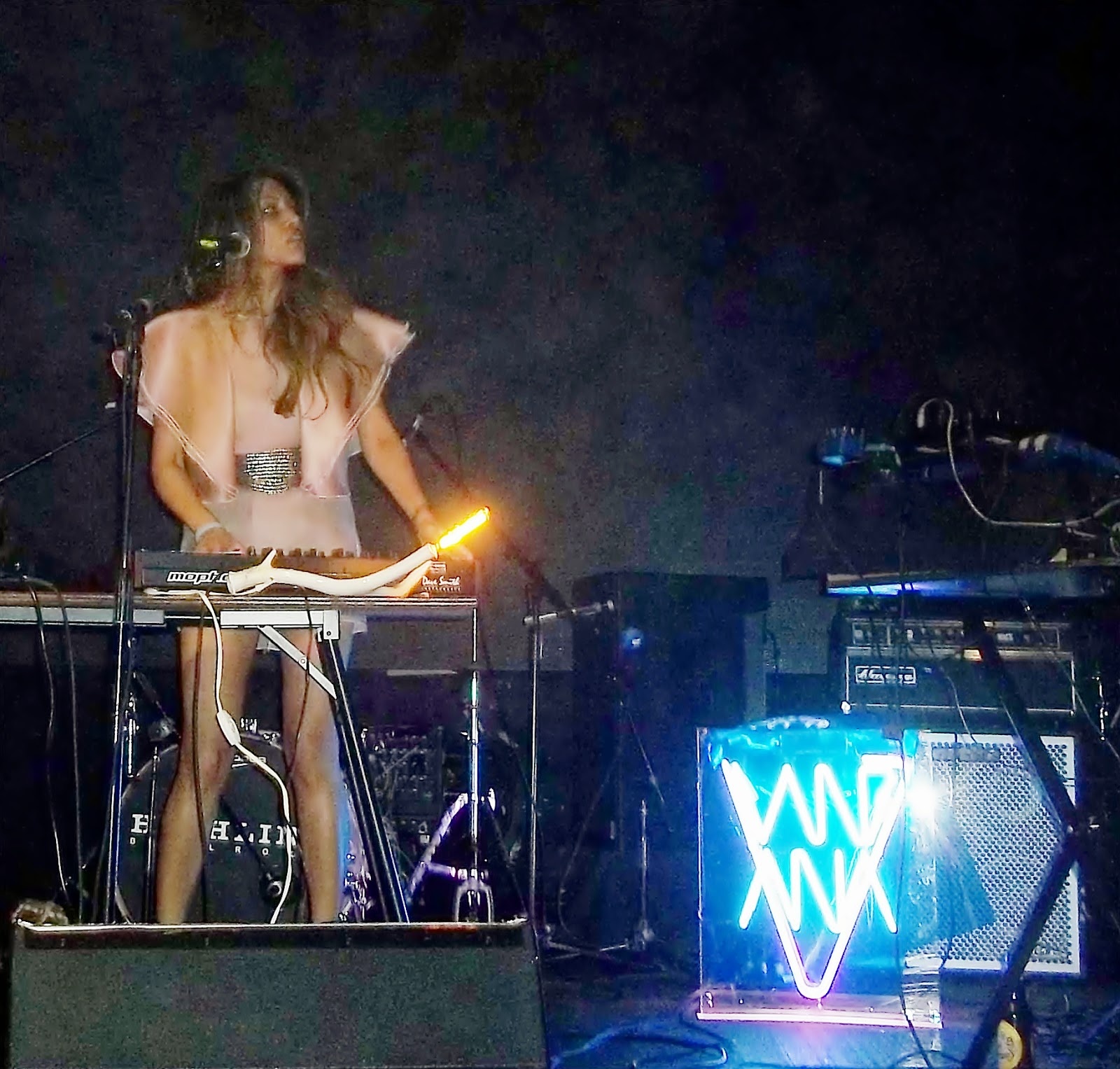 While “Mask” is recurrently stark and minimal in places, the overall effect sounds incredibly big. Her seductive vocal delivery (and placement) makes for a delightful headphone listening experience. The subject matter focuses on the “mask” we all put on every day to function. 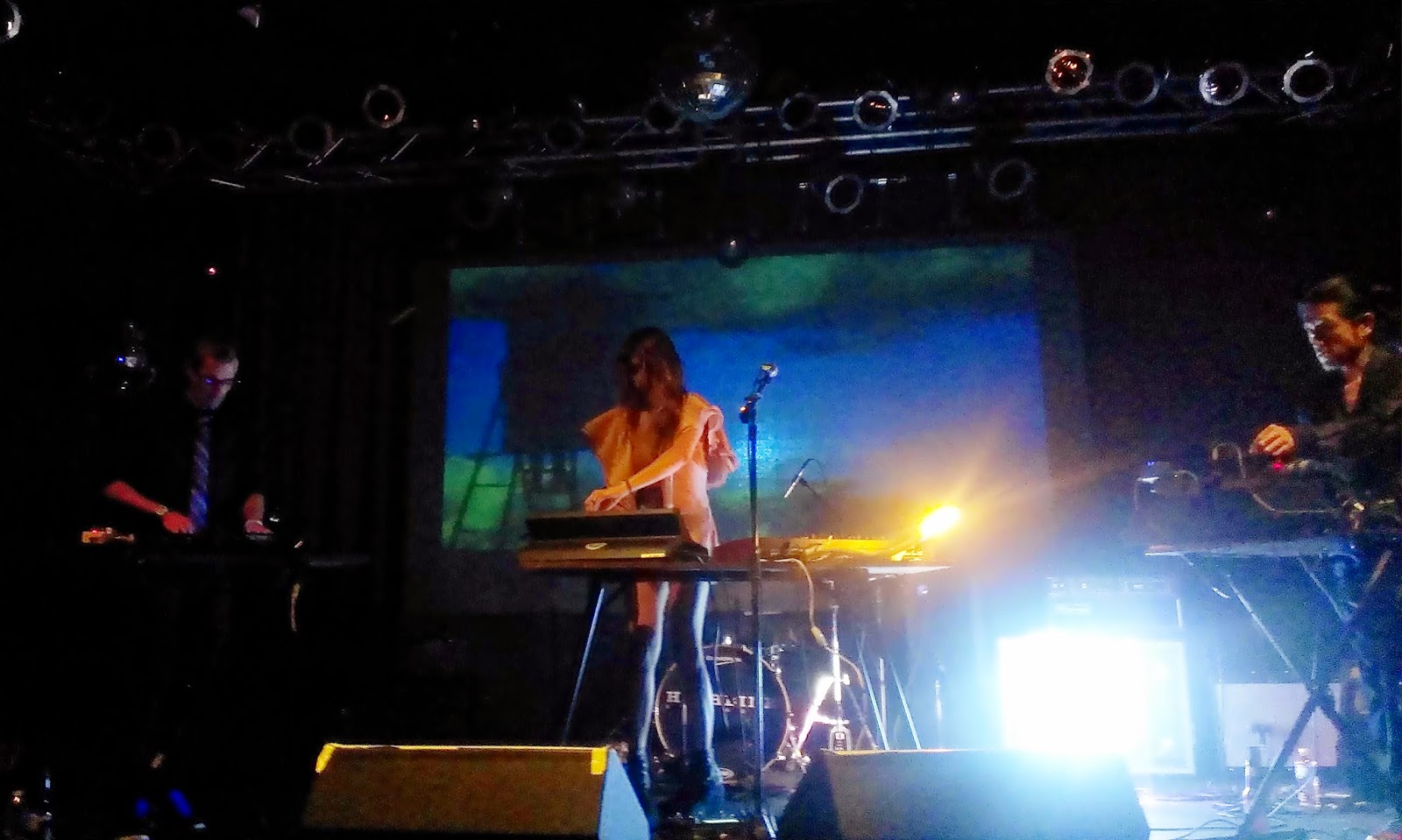 Molded to each of our points of view - which are often deceptive. Frequently presenting a “wicked smile” that can be “crooked and sideways” or “misleading.” Ultimately the mask will come off when looking in the mirror (because only you are there to see). This allows for an unguarded conversation with one’s own thoughts. 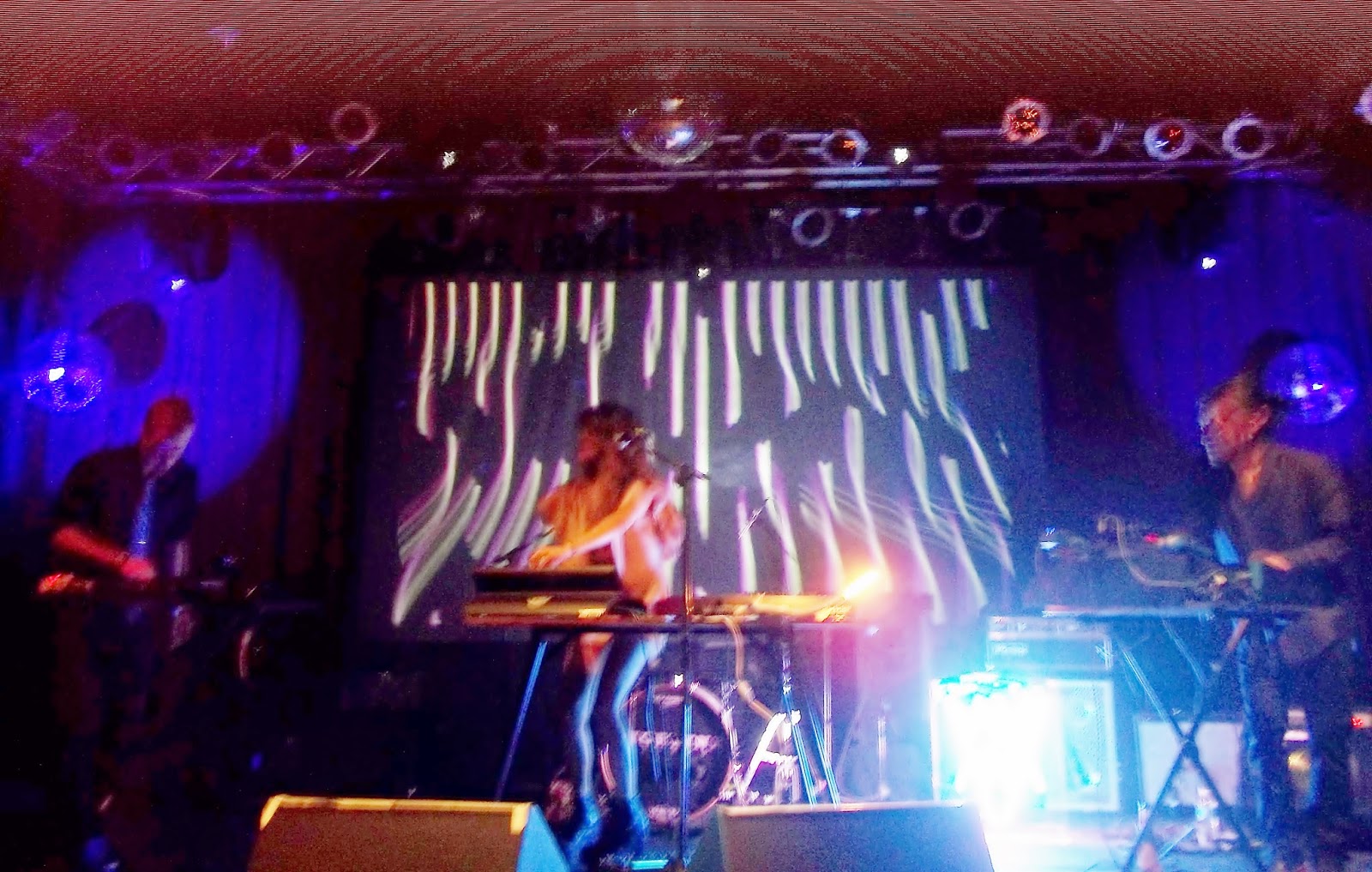 The brilliant light show added a dreamlike visual dimension to the sounds enveloping everyone. 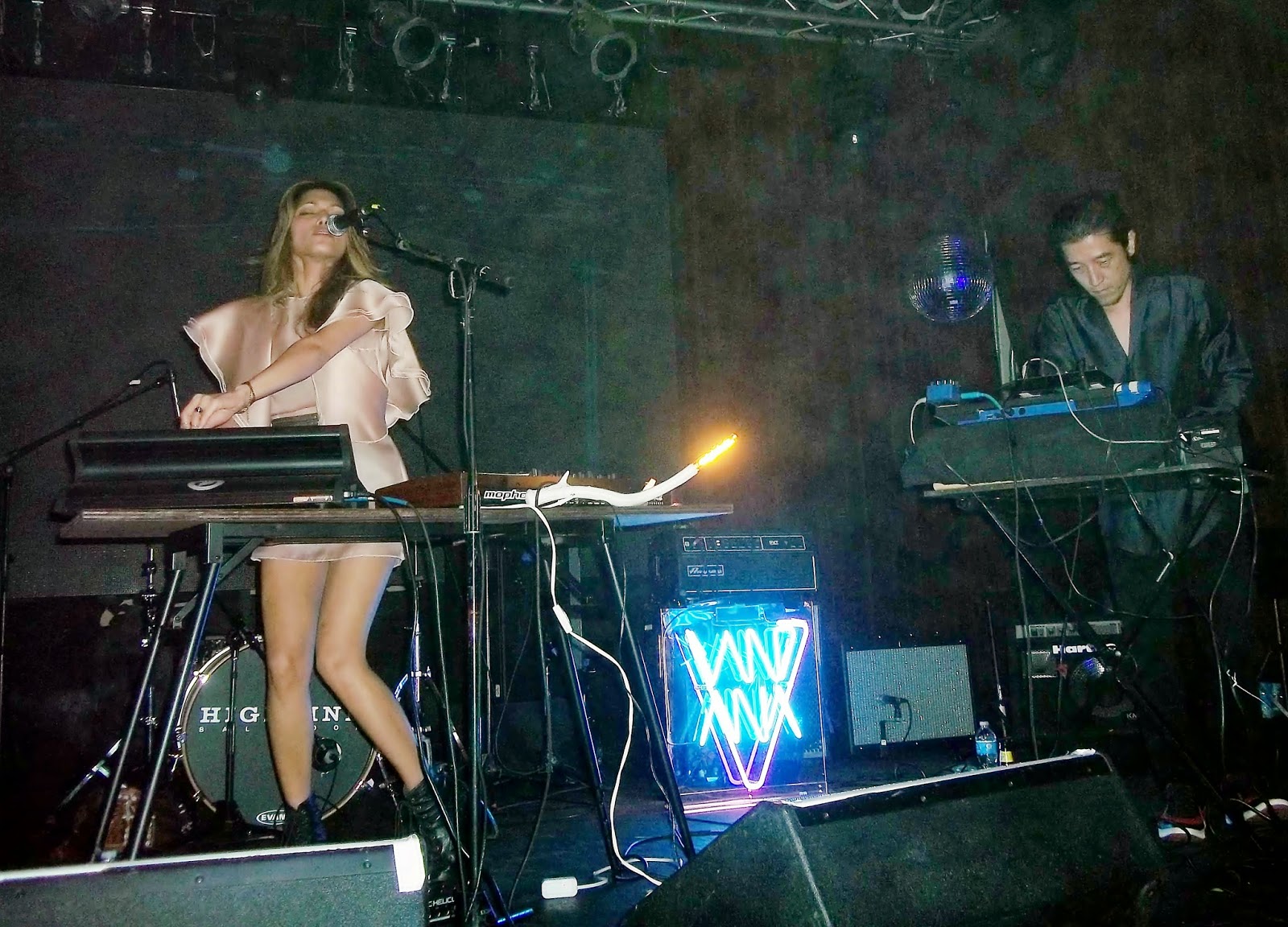 A most impressive performance 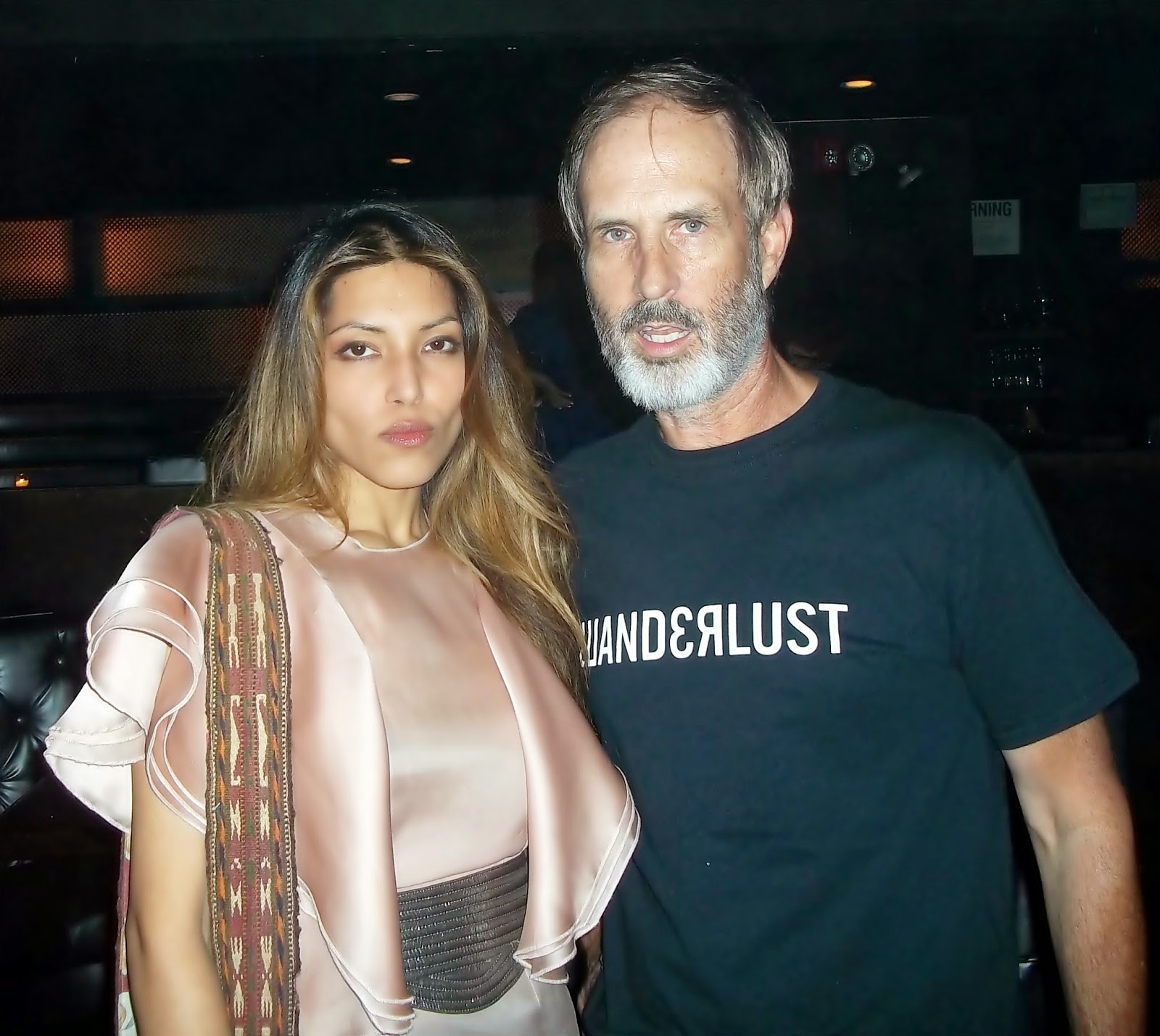 Catching up with the artist after her show.

Earlier that evening the melodic folk stylings of Lily Virginia graced the stage. 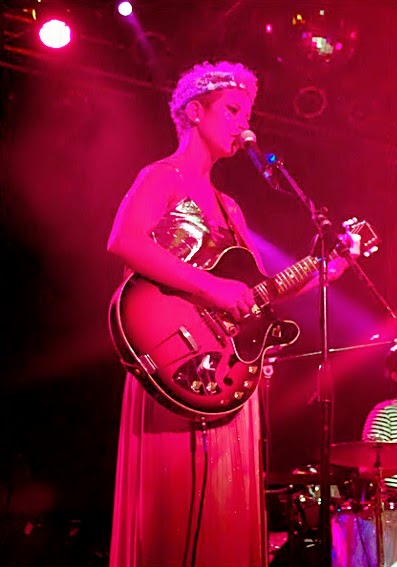 Her gentle music is quite lovely, and as my fellow writer Andrew so eloquently wrote in this review on Dingus it “speaks from the heart” and ultimately “feels fully human.” 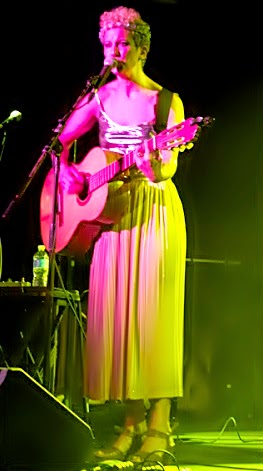 The cinematic foreboding of “Dreamtrain” and innocent uplift of “It’s You” nestle seamlessly next to percussive handclap propelled “Can’t Help Myself.”

At the end of 2013, introspective songwriter and vocalist Diane Birch released her second album “Speak A Little Louder,” which garnered a similar critical acclaim bestowed on 2009’s debut “Bible Belt.” 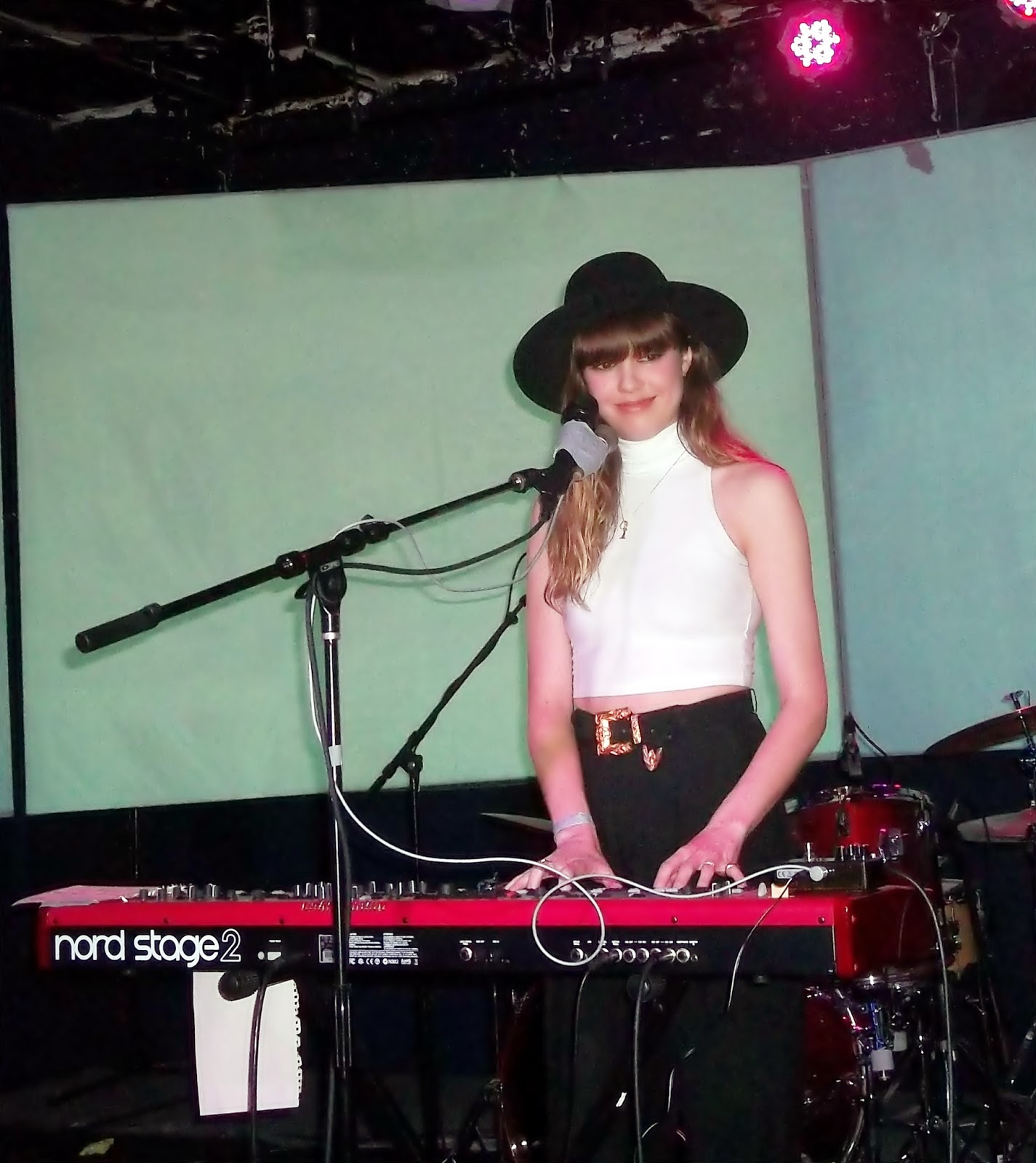 Establishing a permanent residency in Brooklyn (she's originally from Michigan, but she lived in Zimbabwe, South Africa and Sydney, Australia before settling in Portland, OR) has afforded opportunities to collaborate with creative forces that better reflect her evolving sound. Daptones drummer Homer Steinweiss became that influential foil, producing and co-writing several tracks on the latest album. Though her primary instrument is piano (and her voice), many of her newer tracks feature analog sounding synths that have a decidedly retro feel, while her vocals - at times - embrace a similar synthetic sheen, giving it an otherworldy quality. 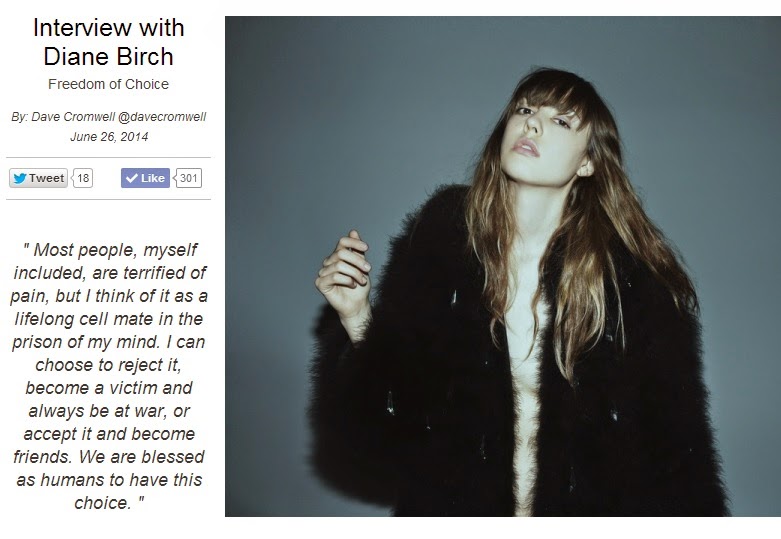 In anticipation of her August 2, 2014 headlining appearance for The Deli Magazine's 10th Anniversary show at Brooklyn Night Bazaar, I conducted a one-on-one interview with Diane. 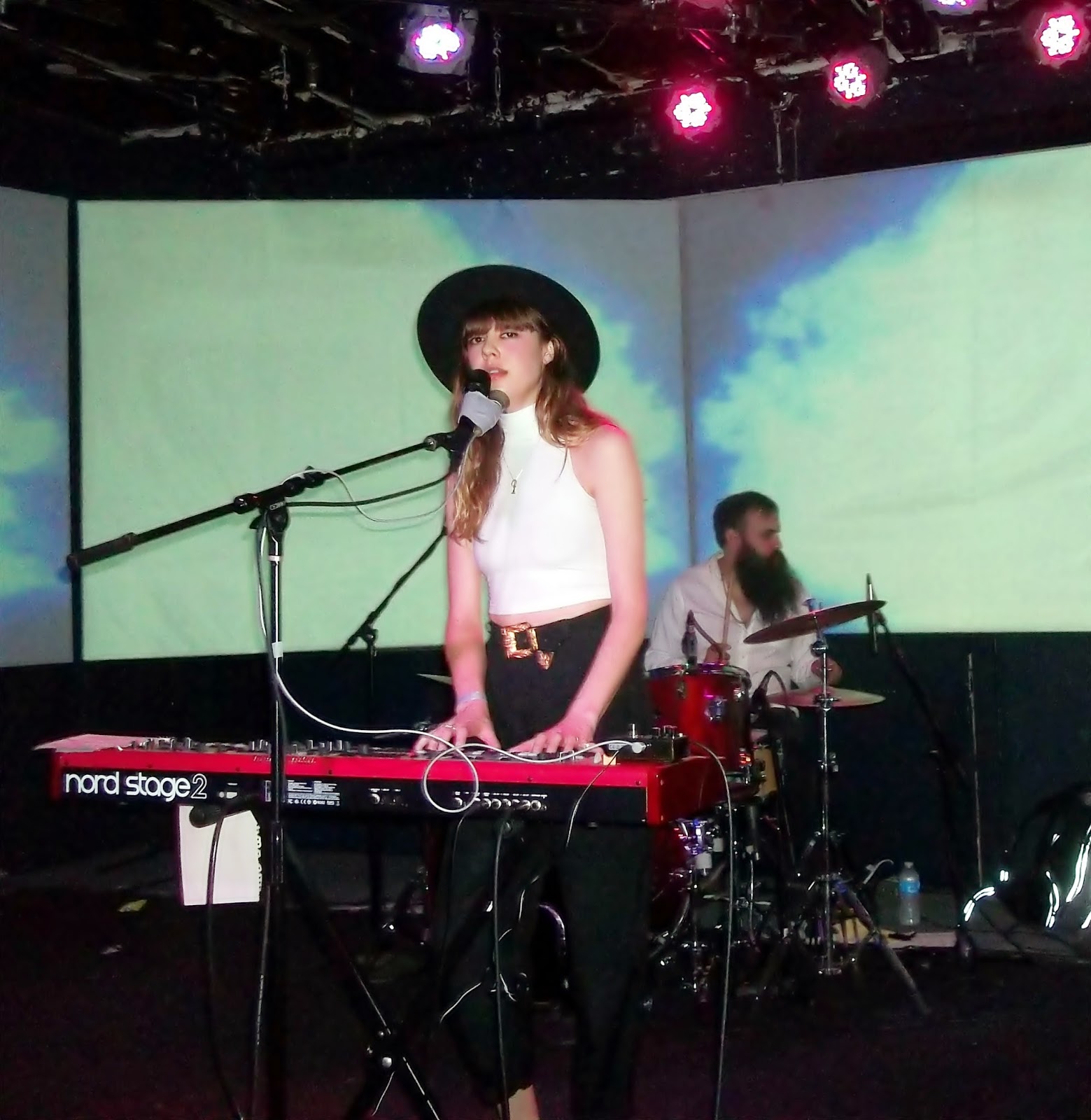 In addition to that Q and A, Diane also answered a number of specific Equipment and Recording questions, which can now be read right here (along with photos from her mesmerizing performance at the Deli 10th Anniversary show). 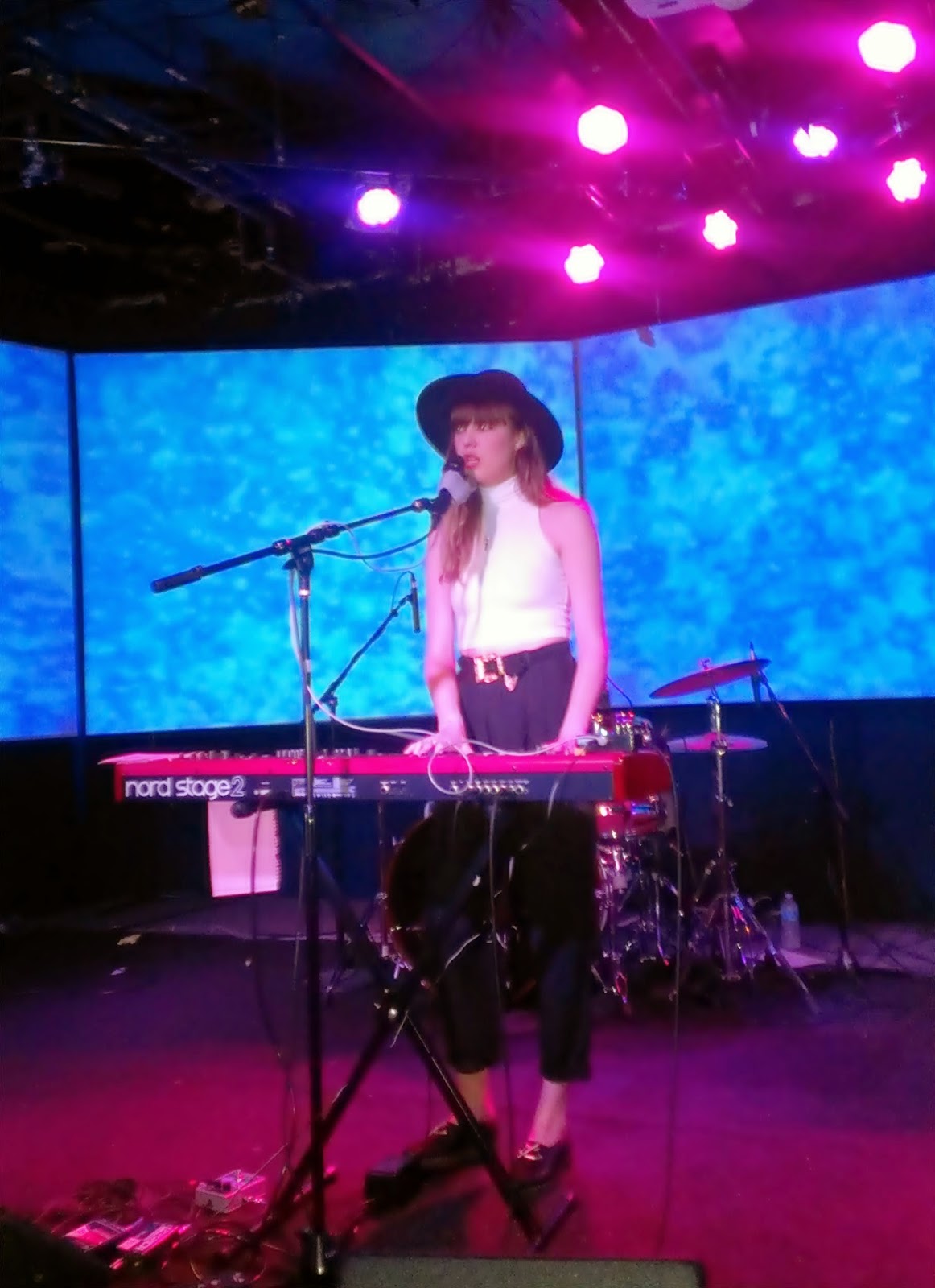 How much of your recording is done at home versus in the studio?

All the recording for my albums was done in a studio, although I hope to make my next record in my bathtub. 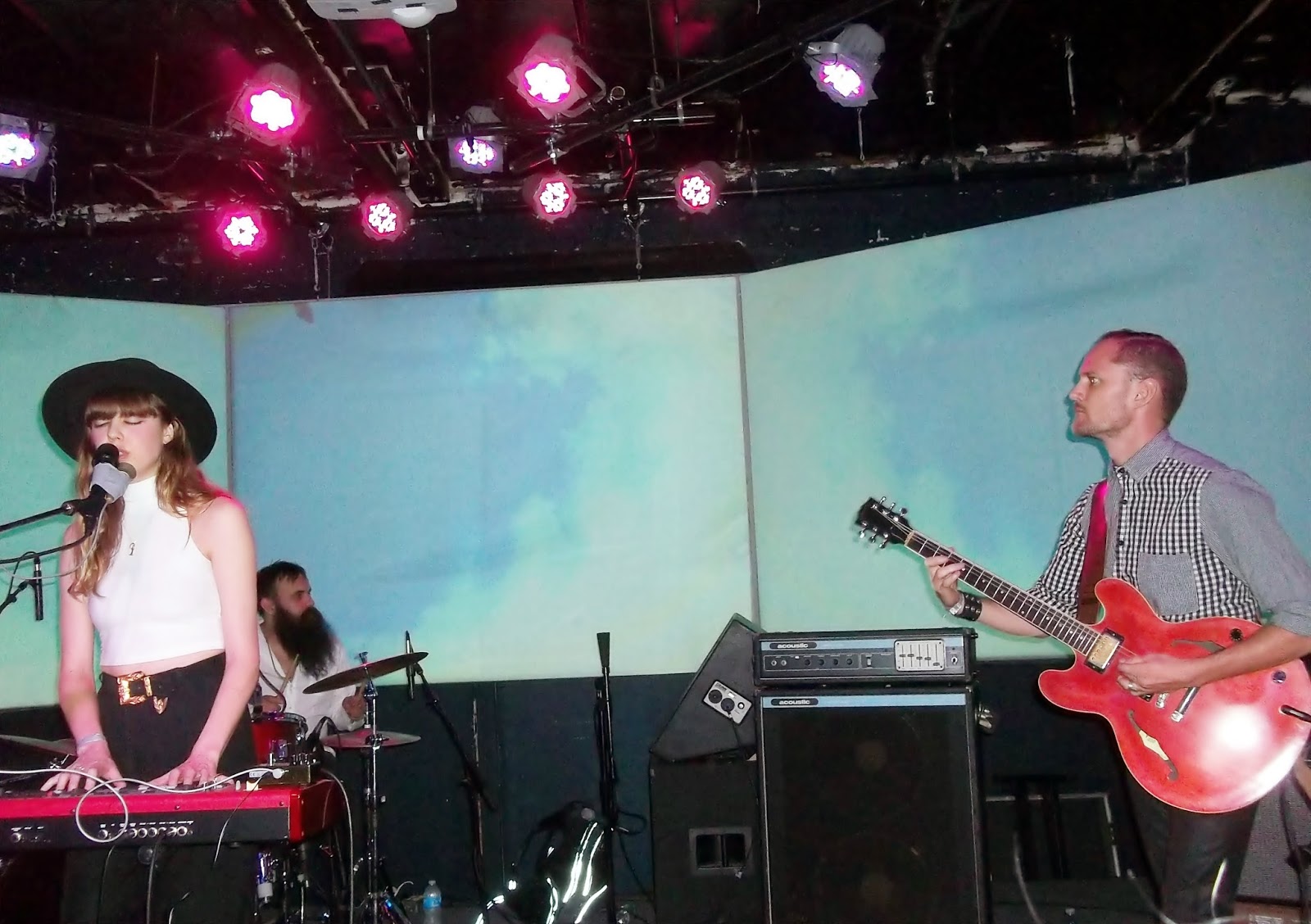 What are the pieces of equipment that you find particularly inspiring when recording at home?

Currently my Yamaha piano, a beat up old mic from the 1940's and Ableton. 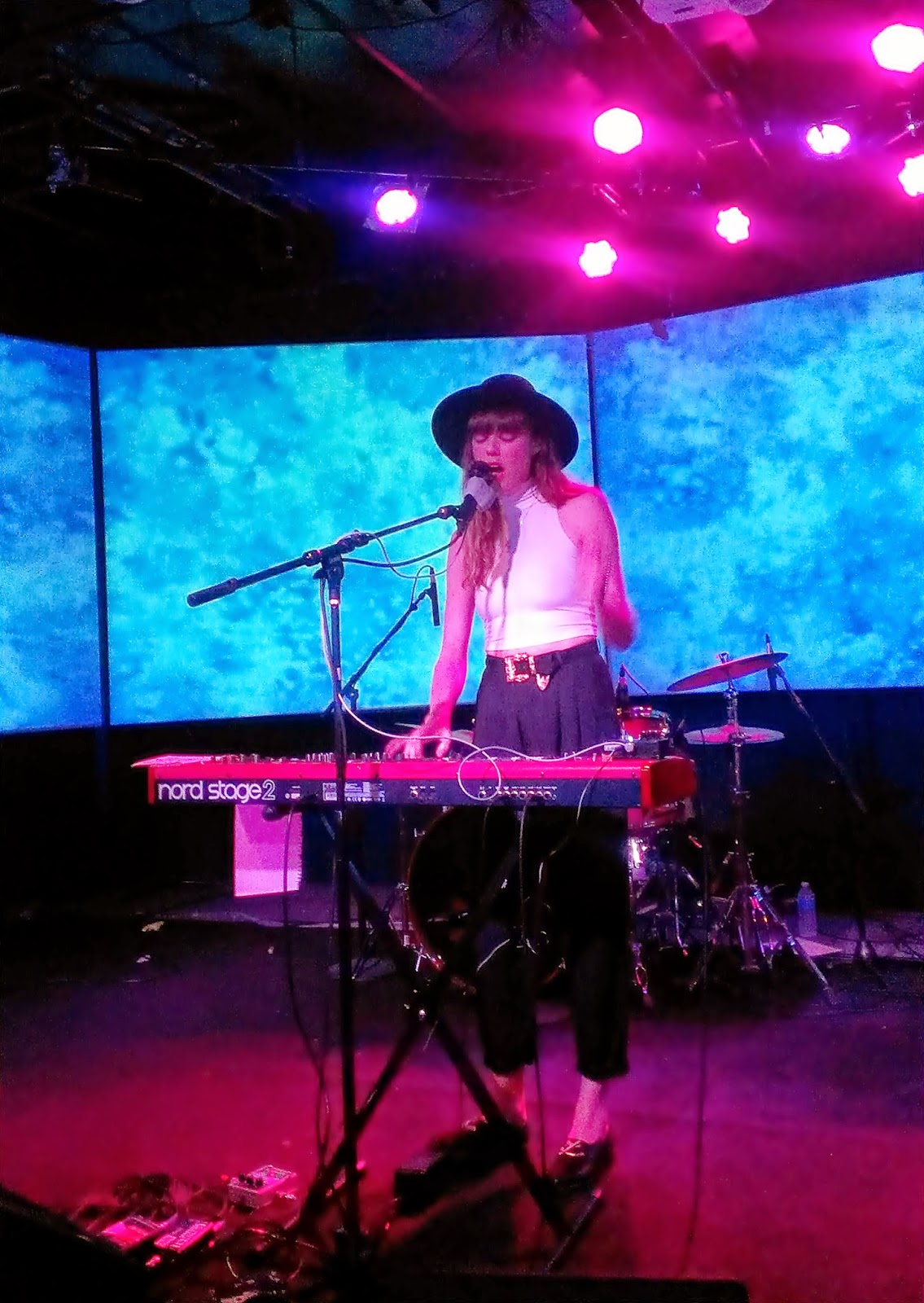 I like to record vocals at home because I sound and perform the best when I'm left alone. For live drums, bass, synths, etc I prefer a studio because I don't have access to all that gear at home. 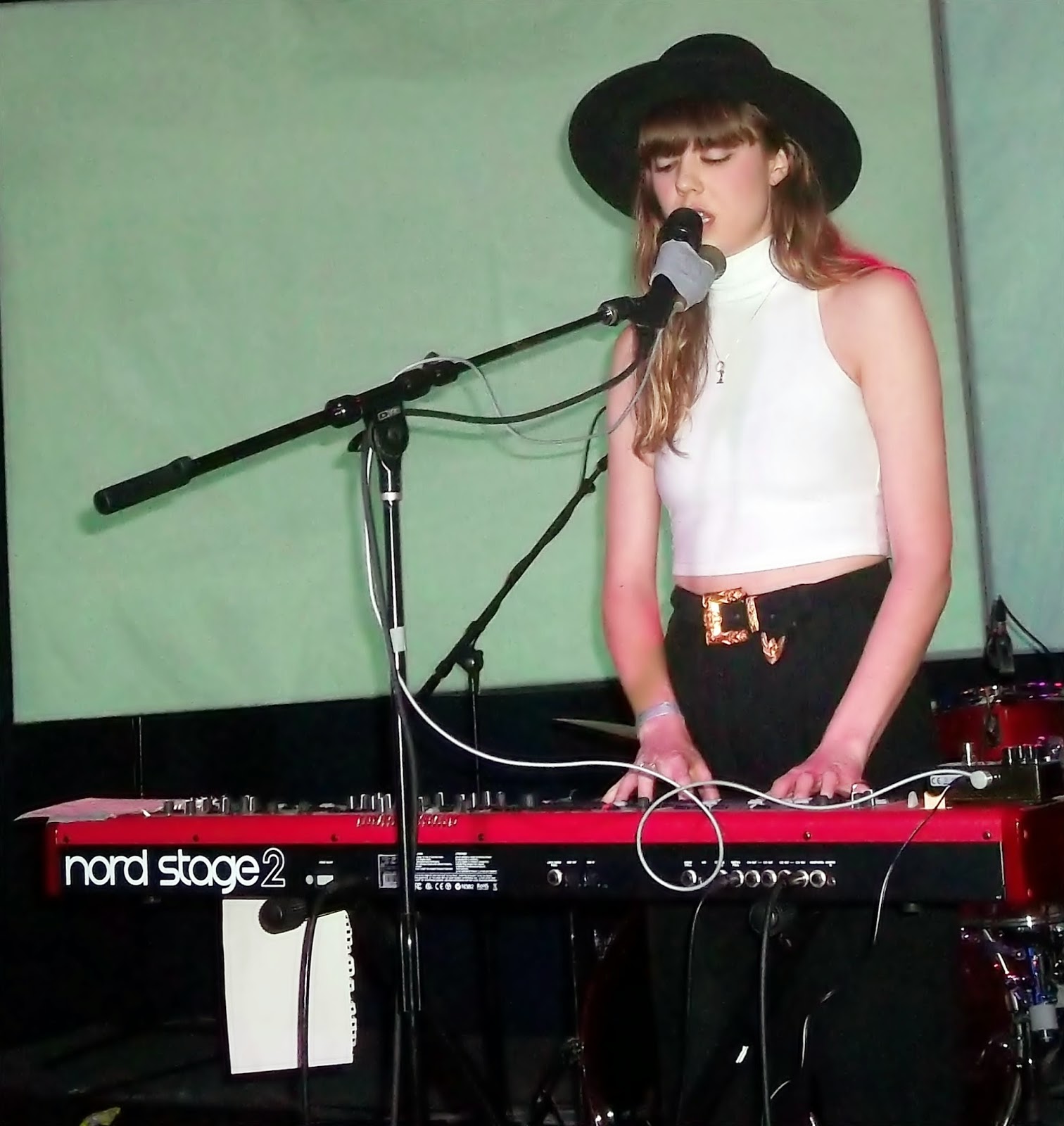 Do you expect your next record to be self-produced, or would you like to work with a producer? If it’s the latter, who would you most like to produce your band, and why?

I love to produce my own stuff and will probably release some of that depending on what project I'm focusing on. I'm still dreaming of making an instrumental ambient record with Brian Eno and wouldn't say No if perhaps Nile Rodgers, Damon Albarn, Boards of Canada or Dev Hynes wanted to make a rek (to name a few…)

Check out this video for her song “Superstars” (which she included in her live set at the Deli show) – “we got life on mars, we’re superstars tonight” is the wistful sentiment.   Structurally the song starts out in the traditional dramatic piano ballad format.  As it progresses however, everything begins to filter through a David Bowie/Ziggy Stardust-like persona - especially the buzzy synth end out (which she employed masterfully more than a few times during the live show).  In fact an acknowledging nod is sent that way with the lyrics “Simple life, you look so good on paper" (an ironic truth) "They got Bowie playin' on the radio” -referencing the randomness of influences you become attuned to out in public. 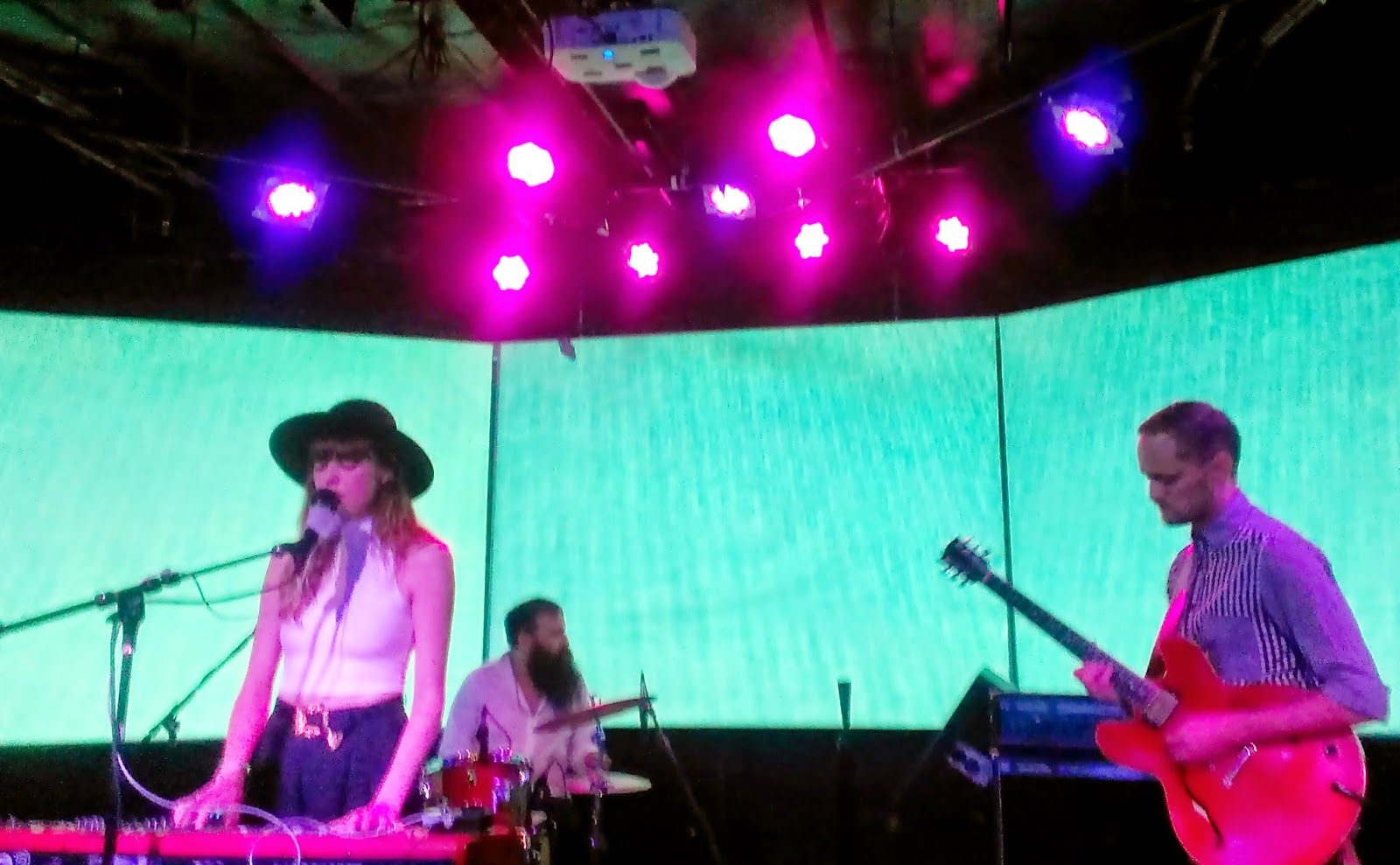 Do you have a particular recording style that you aim for? What techniques do you employ to recreate it?

I aim for spontaneity and free flow. I need to be impulsive and unquestioned until I've gotten whatever out I need to get out. Then I can determine if it's good or not. 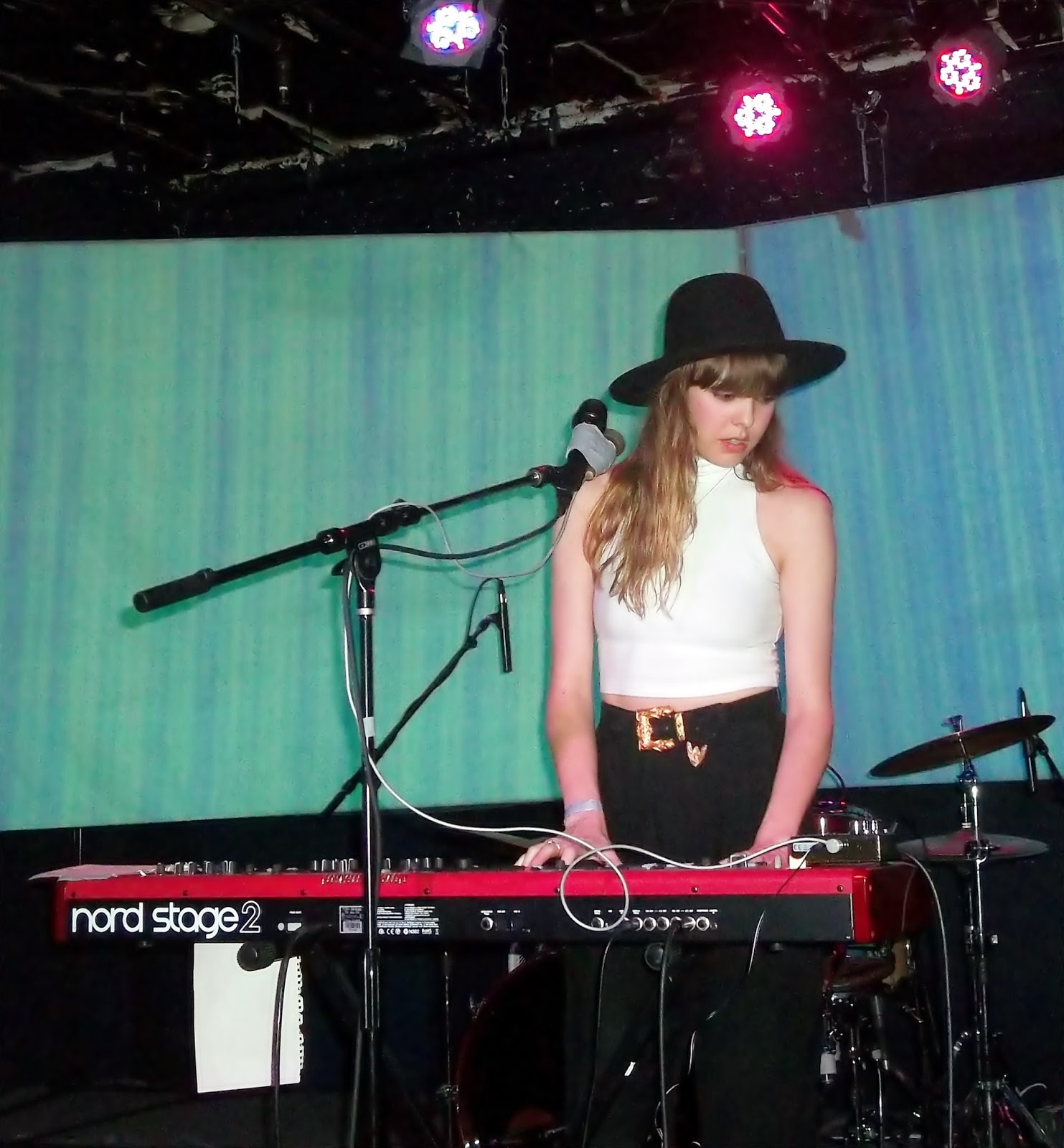 Who determines the direction and style of your recordings?

Is there a person outside the band that's been important in perfecting your recorded or live sound? 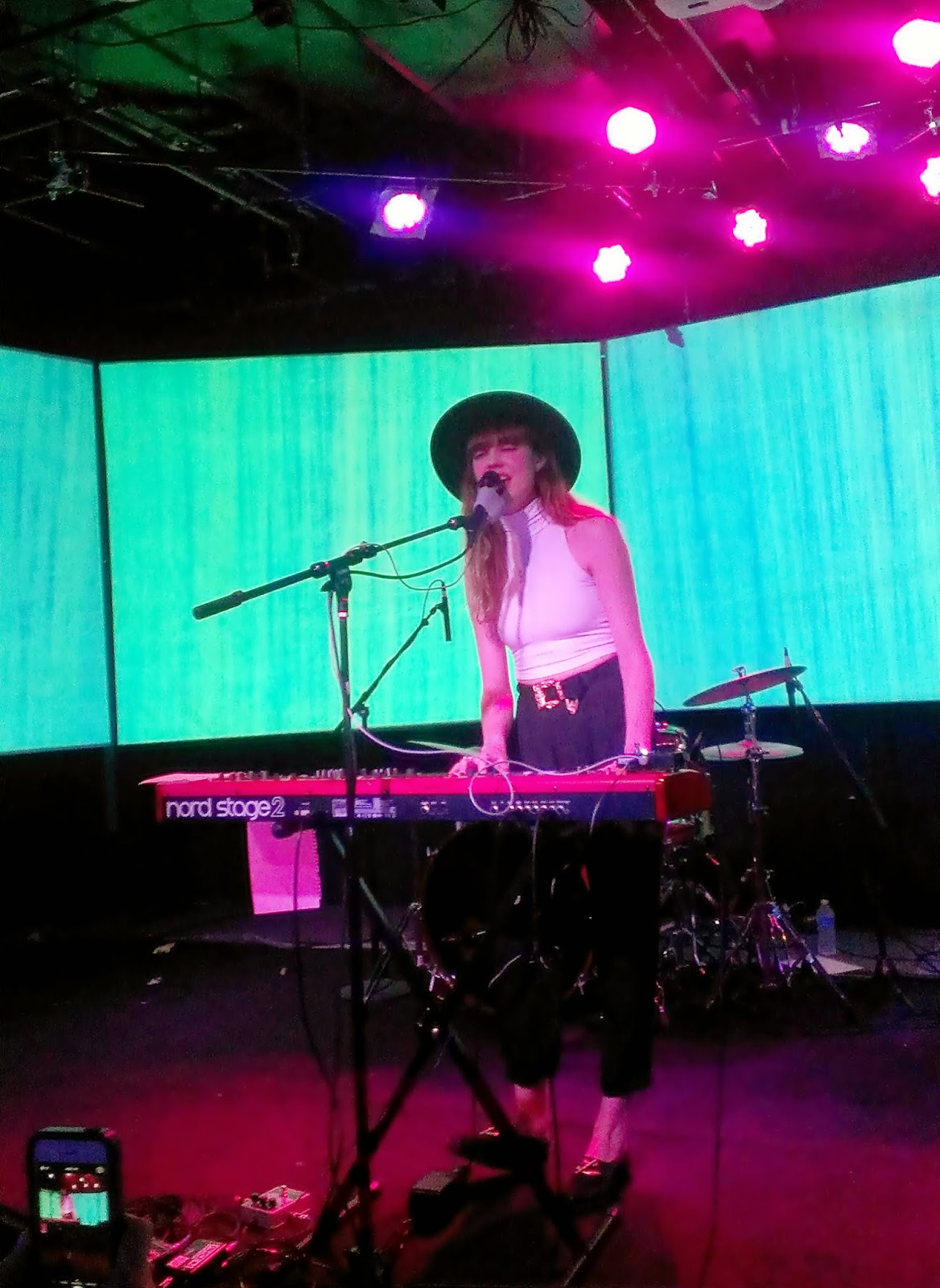 What other artists would you say have had the biggest influence in your approach to recording? Why?

Nina Simone for capturing emotion in the raw, Sade for listening to the things that happen when it's not ' the perfect take', Fleetwood Mac for their sonic mastery. 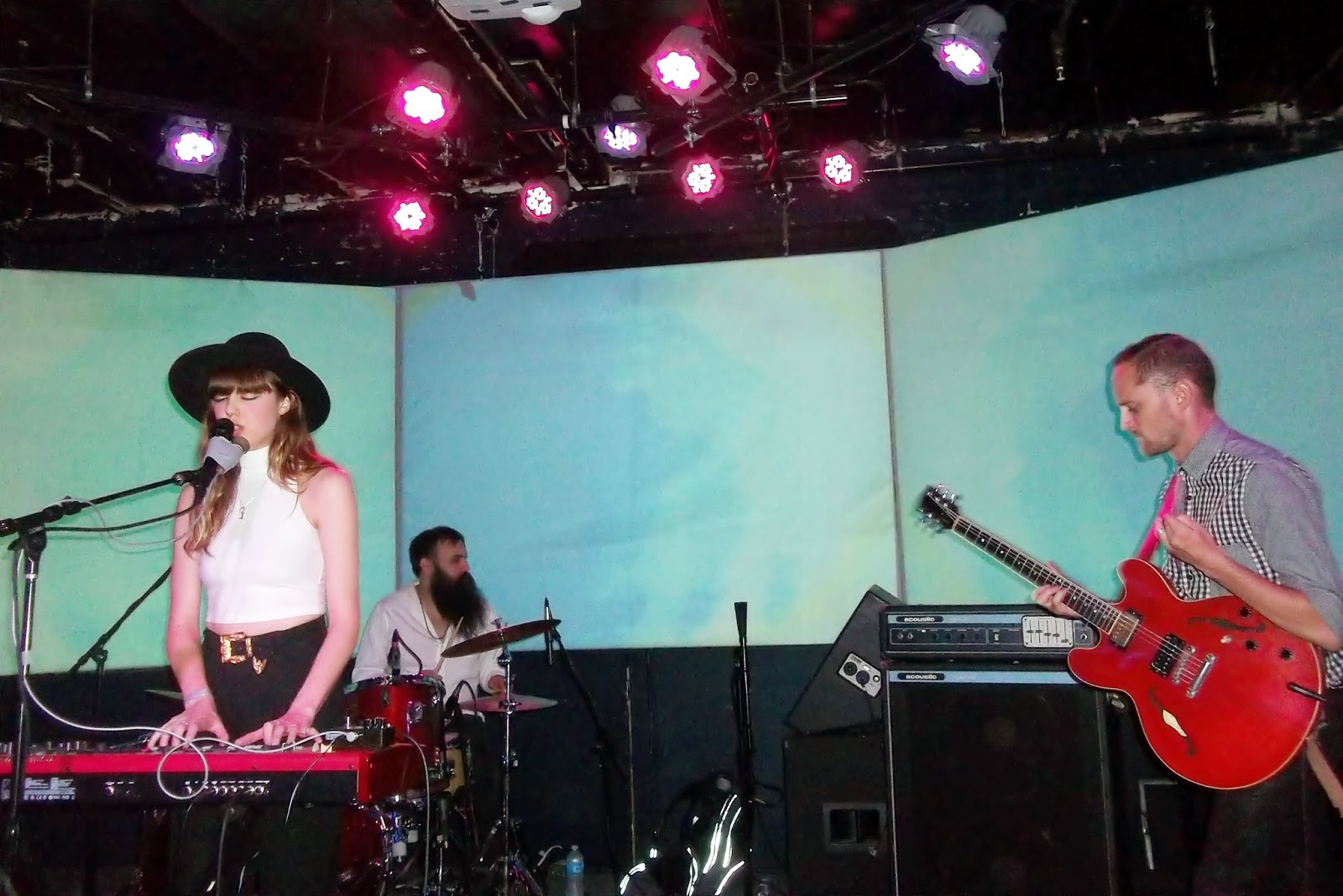 Is there a piece of equipment that you find particularly useful on stage? 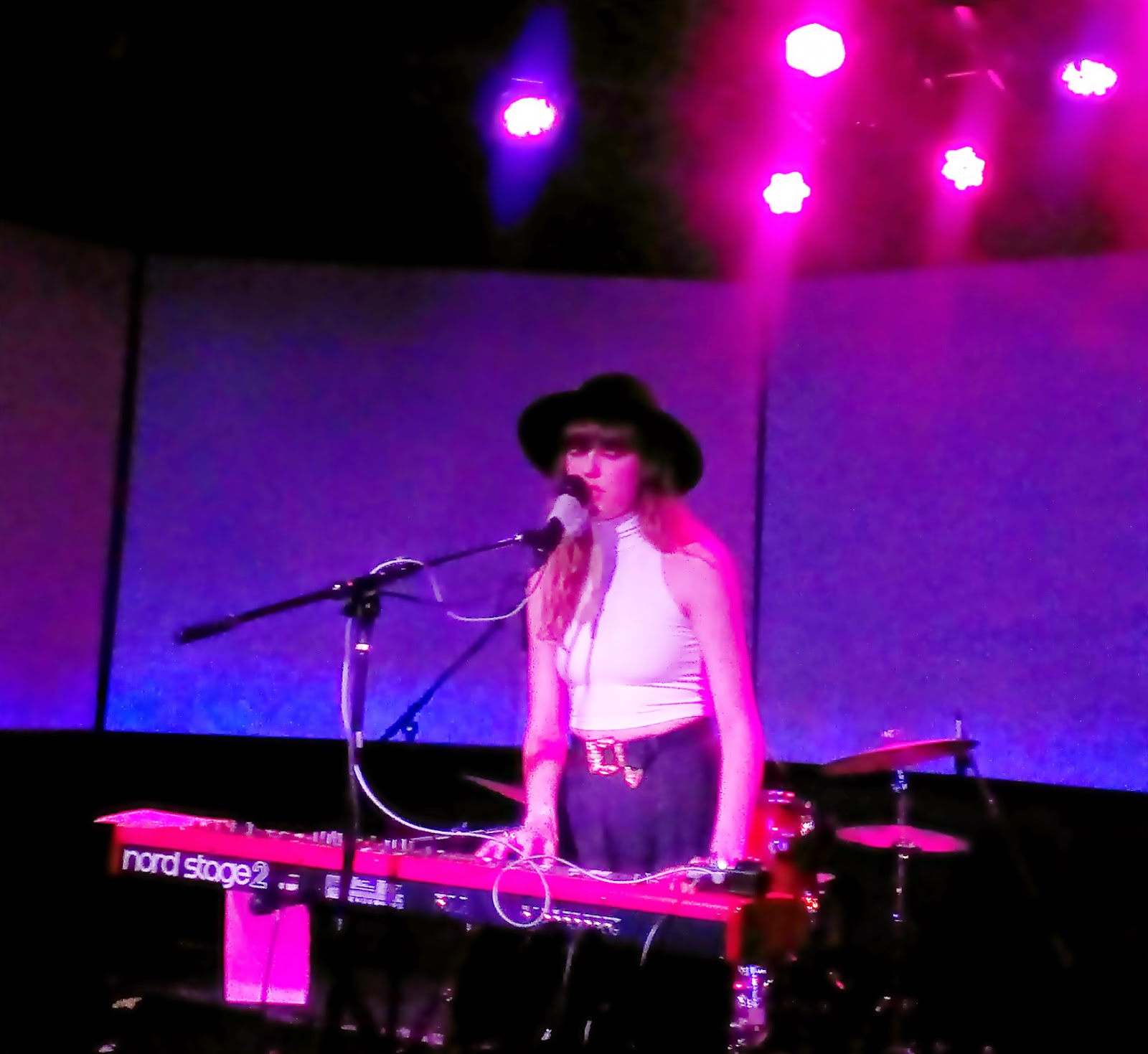 With bands doing more of everything themselves these days (recording, performing, self-promoting, etc.) and the evermore multimedia nature of the world, how much effort do you put into the visual component of your band - fashion, styling, photography, graphic/web design, etc.? Do you do these things yourself or is there someone that the band works with?

The visual element for me is imperative with all aspects of the music from the live show, to the album art, graphic design etc... I am aesthetically very particular and involved with all aspects within my control. 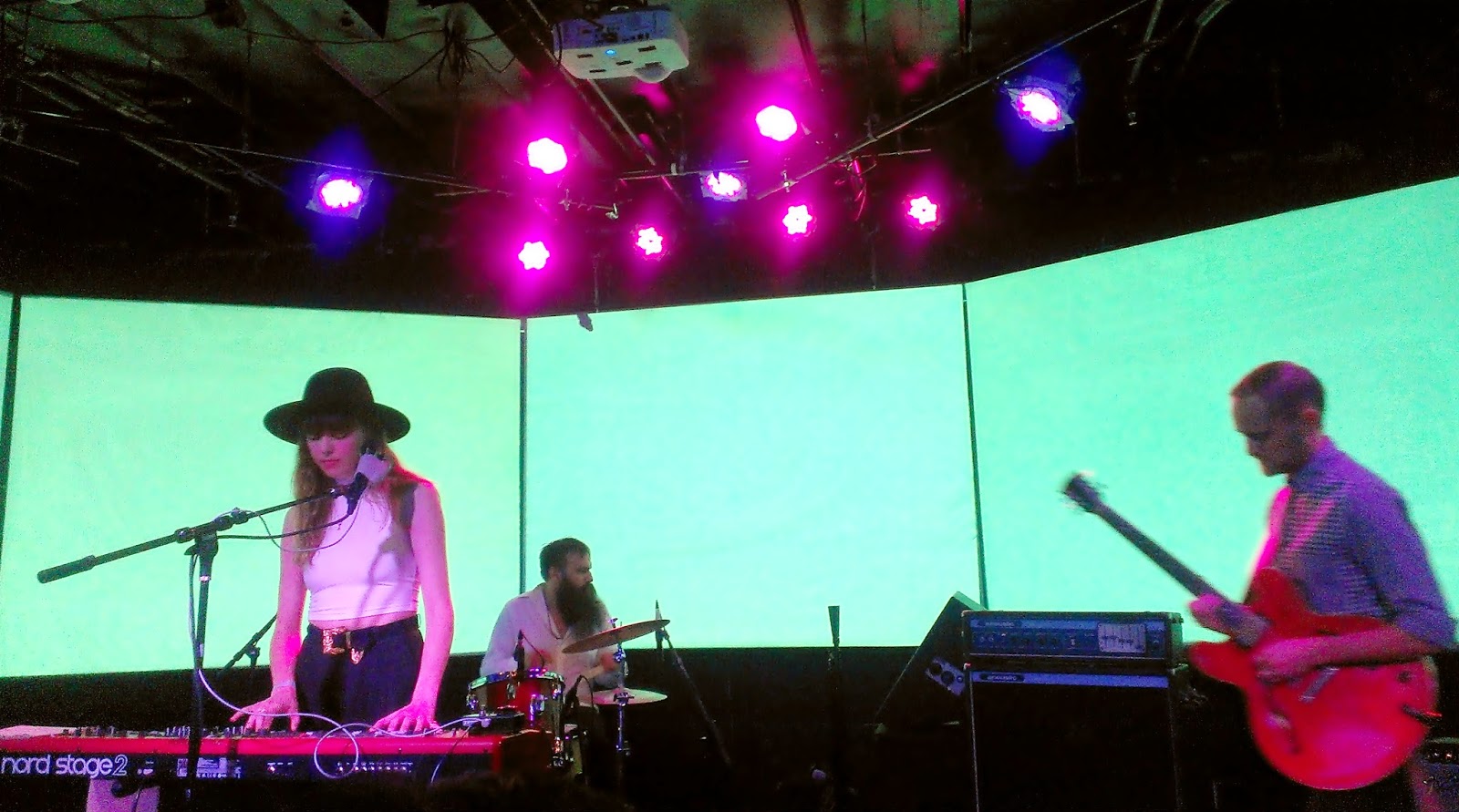 What do you find to be the most challenging aspects of the recording process? On the flipside, what aspects are the most rewarding?

The most challenging for me has been to acknowledge and proactively navigate through outside involvement and input regarding my vision when there is creative disagreement. The most rewarding is that moment when something magical happens and you get full body chills and a euphoric release of any pain and anguish that brought you to that moment. 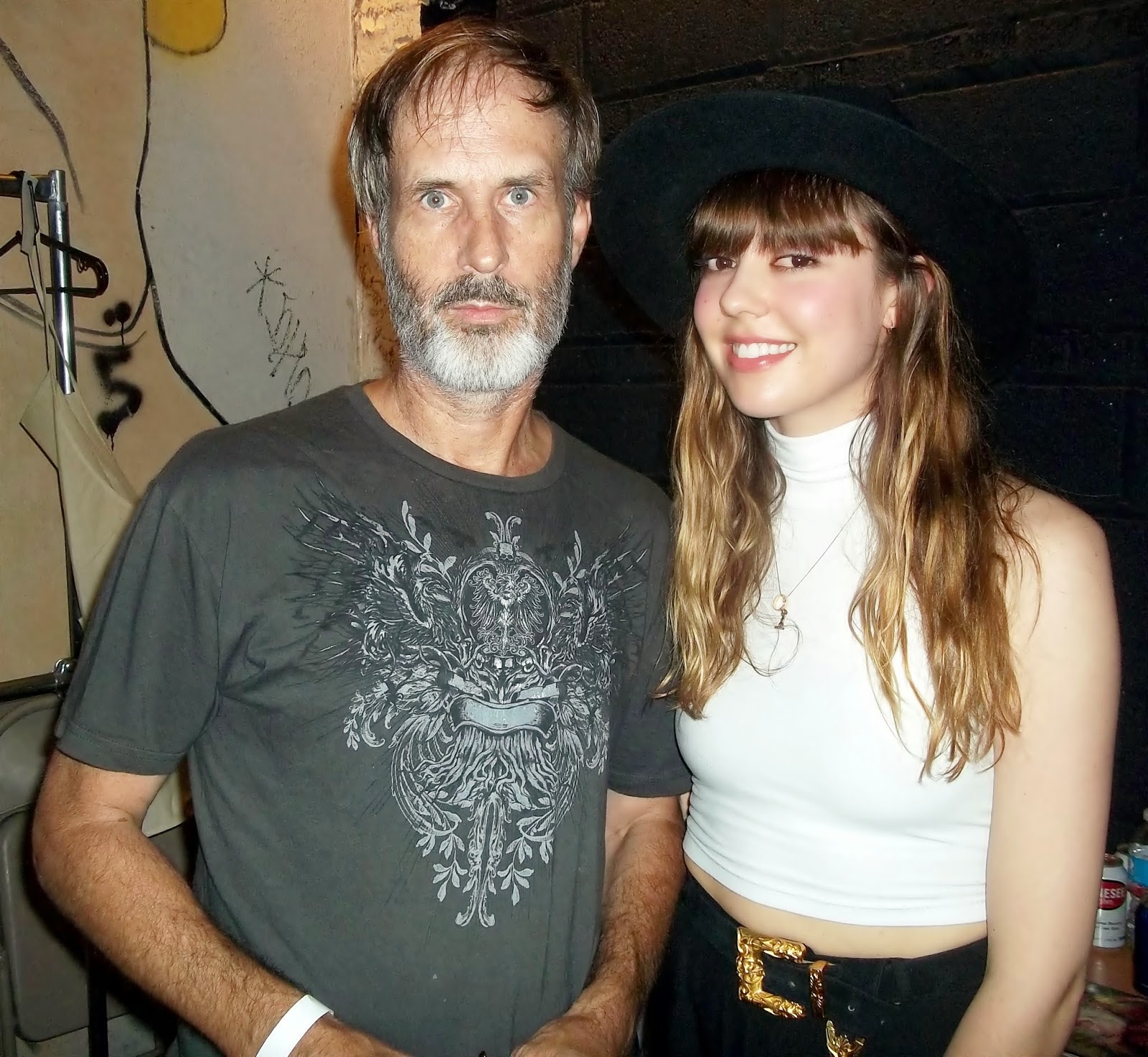 The interviewer and the artist.