I headed down to my first scheduled appointment - an interview with the lovely Katy Goodman and a performance by her band La Sera!  Much thanks to Sarah and everyone at ForceField PR for making the arrangements. 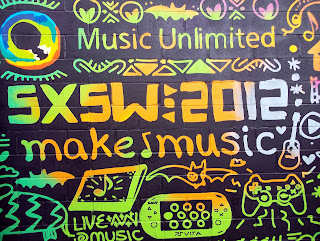 Nice mural on the outdoor stage wall of club Red 7 during the ForceField/Terrorbird day party. 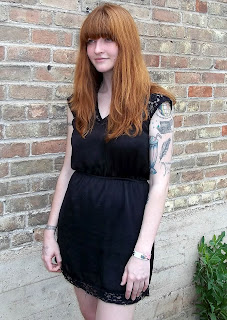 Katy and I headed out front to do a photo shoot and then an interview.  That audio/video interview will appear in a later entry. 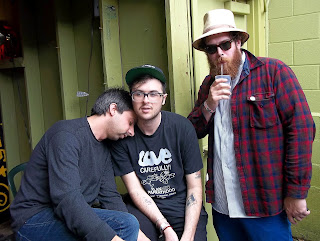 The boys of La Sera are a great bunch of guys who were easy to joke around with.  They also are top-notch musicians, so it's easy to see why Katy has them in her band. 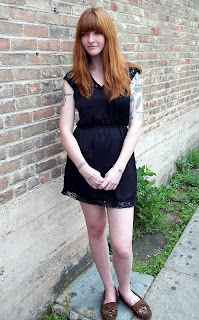 Katy cuts an adorable figure as we snapped away. 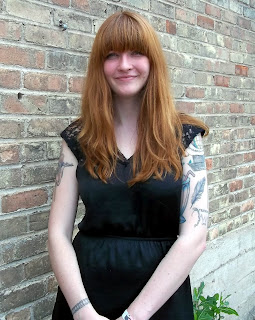 Photo shoot done, we sat down and had a nice chat about the new La Sera album - "Sees The Light" 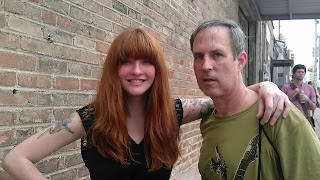 Taking a picture with people I like - it's kinda become a habit. 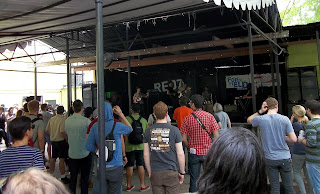 Back inside, the band Forest Fire was into their set. 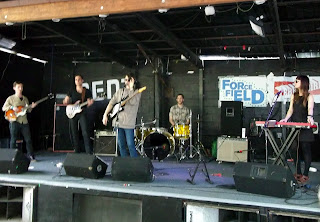 They had an appealing alternative rock sound 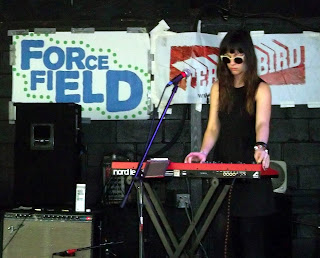 Time for the La Sera show, and the crowd packs in.﻿ 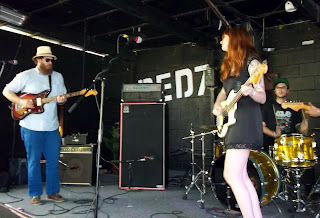 Katy and the boys showcased tracks from both of the band's albums. 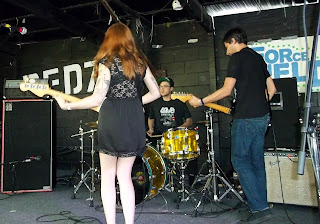 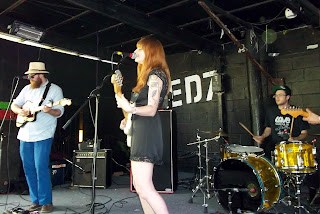 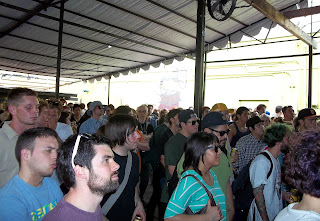 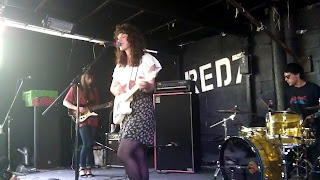 Next up was Brooklyn dreampoppers Widowspeak 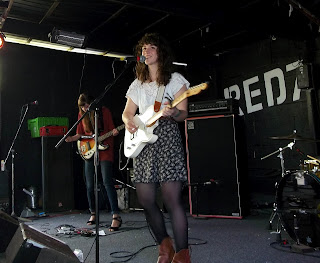 It's a classic sound that Molly and her band delivers 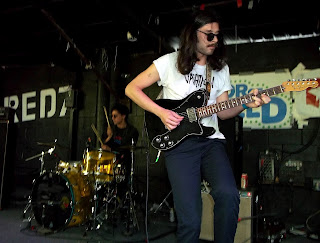 Guitar riffs and textures that drive the sound 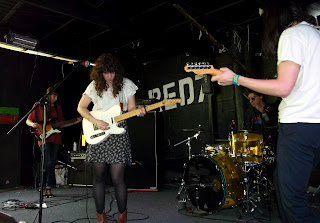 It's a harsh realm out there, but Molly and her crew know how to navigate it 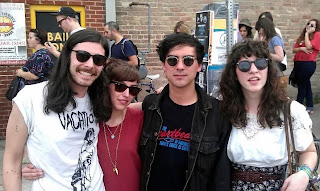 Full band after the show.
More of this day to follow in the next blog!
Posted by DaveCromwell at 9:02 PM

Cool photos. Seems like a lot of people enjoyed the show!

oh Dave seems like you had a great time! beautiful photos!

The shows were excellent. The day was sunny - everyone was "high" (lol)

You had a fabulous fun! Great pics, was a "Maximum guitar time" i think.

"Maximum guitar time" is going to be my new motto, Paty!

Day 2 was just as exciting as Day 1 - which is not the case very often - for example in court cases, relationships and more... I'm digging the new motto- it can replace "Lie Pitchfork but less douchey!"

i'm not gonna mention again of all those cool musicians you met (it goes without saying)
but i like your snaps - bright and clean. really good.

Each following day had just as many highlights, Will. Right up until late Sunday night. 6 consecutive days of non-stop shows.

Yeah, I'm very pleased with how nearly all of my photos came out, Mr. Smork. Some with a dedicated camera and some with the HTC Sensation. You really can't tell the difference. Of course, I do edit them all with the same processing software, so that gives them all a more uniform quality.

Yup - another round on the way, eagle.

Love that La Sera album , in my top five of the year thus far ...Great pix too

Equally impressive is how the live show delivers these tunes with equal aplomb.