In addition to the multitude of music happening all over the city, the CBGB Festival also featured a number of fascinating discussion panels and film screenings. 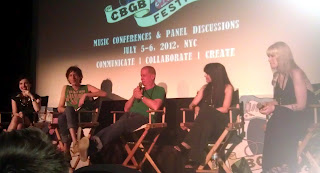 Having my passion for all things Ramones now energized, I made sure to attend the screening of "End of the Century: the Story of the Ramones" which was being held at the Anthology Film Archives on Second Avenue and 2nd Street. 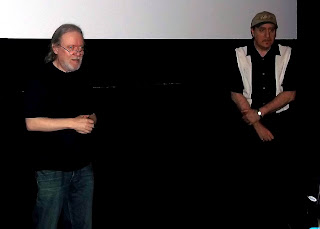 Not only was this amazing film being shown, but Special Guests original founding band member Tommy Ramone and their long-time tour manager and author of "On The Road With The Ramones" Monte A. Melnick were to speak and take questions afterwards. 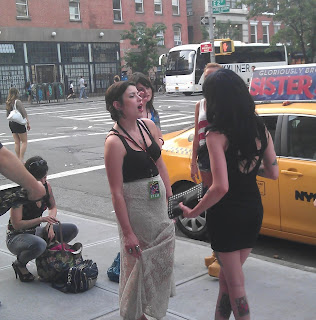 Out front of the Cinema a crowd began to congregate, including members of The Suicide Girls, who were also appearing there as they premiered their own film "SuicideGirls UK" 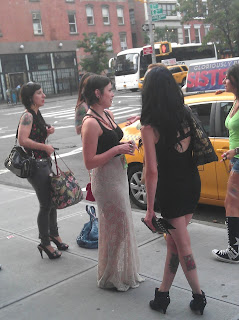 Quickly grabbing a choice seat in The Maya Deren Theater inside, the packed room settled in for this wonderful Biography on The Ramones. 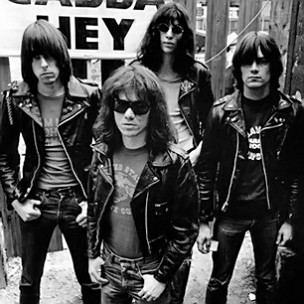 The band's influence is immeasurable and the film is well worth seeking out. 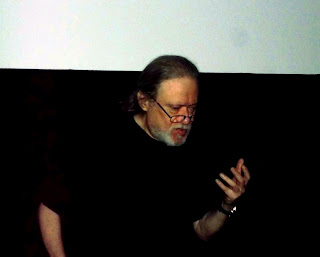 Afterwards Tommy spoke to the crowd and showed what an articulate and insightful guy he really is. 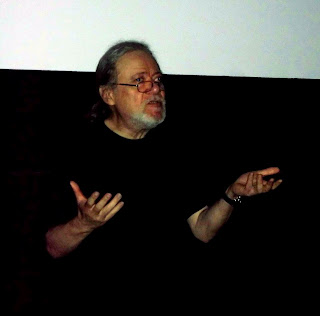 So much more than just the Ramones original drummer, Tommy produced their early groundbreaking albums and is also an accomplished guitarist, singer and songwriter in his own right. 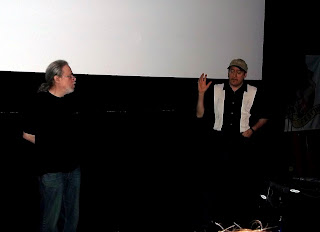 Road Manager Monte Melnick has some interesting and amusing stories to tell as well. 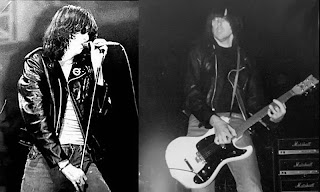 Joey and Johnny Ramone were two powerful forces in the band that did not often see eye to eye on things - yet kept a professional relationship together for decades.  That alone tells you something about the power that this band possessed. 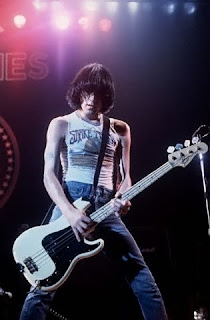 Dee Dee was the creative wild card.  Full of ideas, constantly writing songs.  Provided so much energy in the live performances. 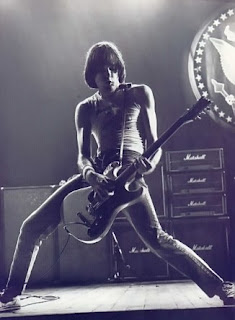 For me - the band will always be Johnny's, however.  The film talks about how Johnny was the band's "inside manager."  How he was the one who made sure they got paid - didn't get ripped off.   Johnny didn't see the sense in taking drugs and getting "stupid."  The worst you could say about him was that he didn't have the best personality in the world.  He wasn't the "fun guy" that Joey and Dee Dee were.  From my perspective, sometimes being the one keeping everyone together and worrying about the details doesn't leave a lot of room at the end of the day to be the "fun guy."  I have nothing but the utmost respect and admiration for Johnny Ramone.  And oh yeah - he created a guitar style and played with such a force that every band that came along afterwards paid tribute to. 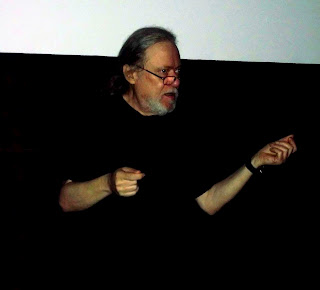 Tommy also had a huge influence in forming and molding the band early on.  Another "ideas guy" it's great to hear him speak about his time with the band - and the legacy that resonates to this very day. 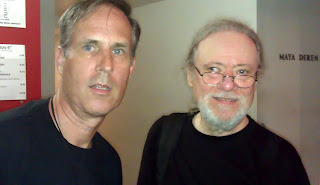 Capturing a moment with Tommy Ramone in 2012 - a true highlight of this CBGB Fest.

Listen to this band in their earliest stages - the sheer power and force of their shows is palpable.


Even this raw early "loft" recording (a loft they all lived in with their friend Arturo - as explained in the film) shows just how tight and determined The Ramones were.

True Rock and Roll innovators.
Posted by DaveCromwell at 9:17 PM

Great review Dave, it's obvious you're a fan ;)
But it was interesting to read this.

Yeah, my fanboy roots definitely shine through here. I don't care. I'm tired of cold "professional" journalism. I want to write about things I'm *passionate* about.

passion is good )) especially in writing and art :) truly enjoyed reading this Dave! you're the real master of writing these reviews :)

gotta love the ramones! blitzkreig bop is one of my favourite songs after i heard when i was about 13 playing a skateboarding video game haha

At some point take a few mintues to view those live videos I posted at the end. Early, raw - and just so much force and power in their vision. It's explosive magic!

Wow great one Dave! Ramones... i like this band, i knew about them thanks to my husband cause he is a big fan of them, one of my faves "I wanna be sedated" they have great songs. Very nice photos and vids. :)

That's one of their all time great tunes, Patricia!

Wooohooo, sounds like a real treat to hear Ramones stories from the people who lived them. AWESOME! and Suicide Girls hanging outside to boot!

Great post, Dave. Also, what a treat to come upon a video of them playing my favorite of theirs, "Loudmouth." Keep up the good work.

Yeah, having those lengthy early videos of the band there is really a treat. I've watched them over now, multiple times.

all you had to fo is mention ramones! they are one of my idols, i thinks starters of punk.
you say ramones - i say awesome!
add some pics - kick ass!
poor some vids - wicked!

They started the whole punk rock thing. Pretty much every biography written about the subject says so.

And nobody does it better.

Well the Ramones kicked off the whole NYC punk scene and DC always has his finger on the pulse of everything NYC so its great to see a pic of Tommy and Dave together. The Ramones are just as important to the whole punk vibe in the UK as they where in the USA. A unique band whose influence is still huge and how proved great songs do not need 28 minute guitar solos, the just need a tune and some passion

The US and UK punk beginnings are so intertwined, VP. It's good to read the history of it and see how everyone acknowledges the Ramones influence. The film screened at this event showed amazing footage of The Ramones early tours of England - a country that embraced the band as a whole much sooner than their home country did (New York excepted, of course).