The recently revived CBGB legacy celebrated its return to New York with a four day festival from July 5th to 8th, 2012. Focusing on both legendary acts and emerging young bands, the event not only feature music, but film premieres and screenings, as well as industry panels for musicians. Many artists of the original CBGB's era performed, with one highlight being Bebe Buell and her band at The Highline Ballroom on July 5.  Anyone who doesn't already know who Bebe is, a simple google search will give you all the info on a true rock and roll icon. 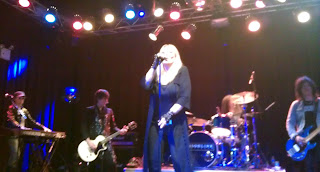 Bebe and her band performed on the first night of the festival, Thursday July 5, 2012. 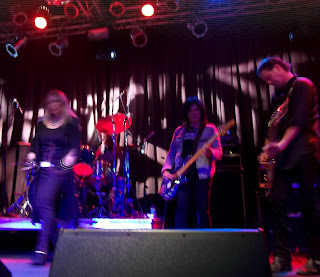 The crowd was pumped when she and her hard rock band hit the stage of the Highline at 10 pm. 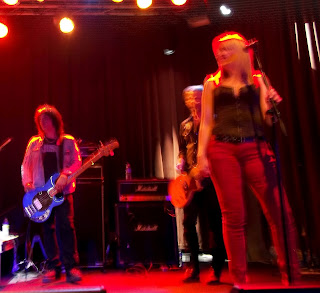 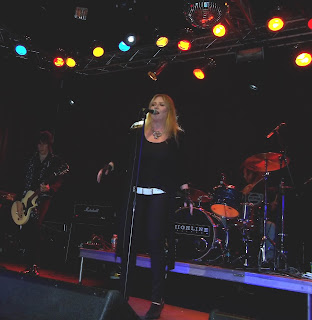 Bebe's stage presence exhibits the relaxed confidence that comes from her lifetime of accomplishments. 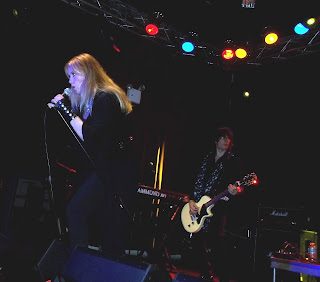 The audience was an enthusiastic mix of veteran scenemakers and young next generation rockers. 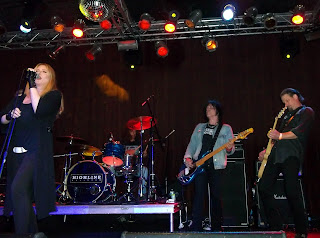 Everyone there was excited to see Bebe perform and she did not disappoint, crushing out a hard rocking set. 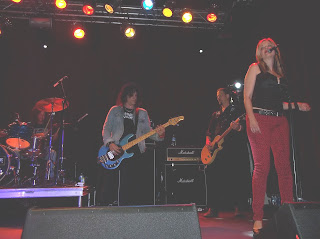 Louisa kept the harmonies locked in perfectly while the boys delivered the crunch with a classic rock edge. 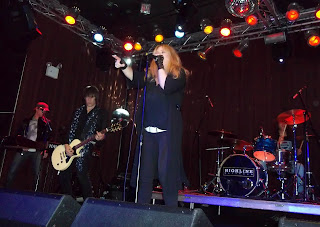 Bebe's presence is larger than life on stage and she held the audience captivated throughout her set. 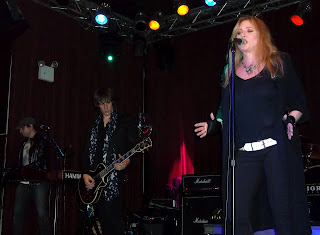 Her music leans toward an edgy hard rock sound that sits comfortably between Aerosmith and Guns N' Roses. 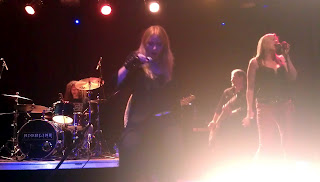 Listen to Bebe's great track "The Devil You Know"


It's a perfect blend of glam pop from a knowing perspective. 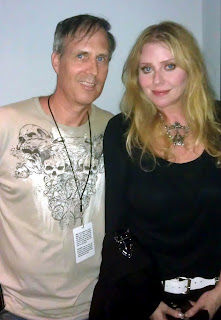 Having an opportunity to chat with Bebe after the show only confirmed what I already knew - that the true spirit of rock & roll continues to thrive within this woman and her music.

******
Quickly heading over to The Bowery Electric - just a block away from the original CBGB's location, I made it in time to catch a set by The Waldos. 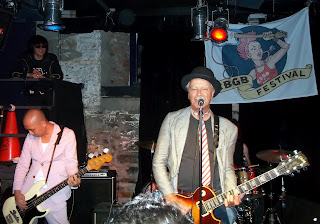 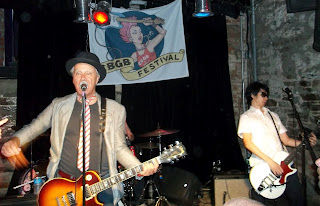 Walter was an original member of Johnny Thunders and the Heartbreakers - who's songs comprise the lion's share of The Waldos material. 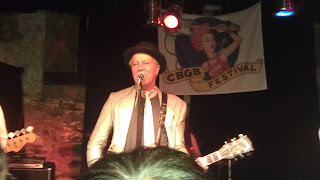 Walter was not only a "member" of the Heartbreakers, but acted at Johnny's foil throughout their long history of shows.  Johnny would often poke fun at Walter throughout the set, all in what is commonly known as "good natured ball busting." 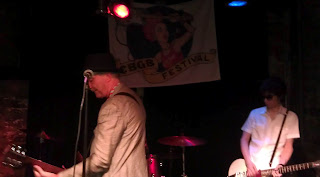 And here Walter and his spot-on Heartbreakers band deliver a perfect rendition of Johnny Thunders' scathing reply to Johnny Rotten's "New York" with their own "London Boys."

The CBGB's Fest was off and running full tilt. 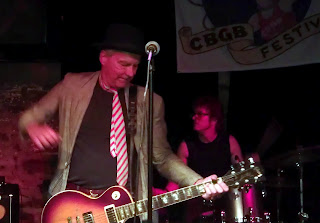 It's hard to believe it could get better - but in fact it did.

Posted by DaveCromwell at 8:55 PM

Great bands, must've been great to see them :)

It was a total blast!

this is cool...
great photos and I think i really liked this song "The Devil You Know" ))

It's a real catchy tune. I've had it swimming in my head for days now. "You're beautiful like an animal"

bebe reminds me a bit of suzi quatro or heart - i havent heard of her before though... so idn what that says about me- in my defence though im quite youthful haha... a very bluesy update croms- much enjoyed!!

I think both of those are good comparisons, William. I hadn't thought of either myself - but yeah - I can defintely see/hear it.

It's closer to a classic rock style than the grittier downtown sounds of - say - the Heartbreakers (the next band covered - well, the Waldos - who are the linear extension of Johnny's sound).

Looks like you had an amazingly awesome time!!! Awesome article and great pics!!

It totally was, Erin. I'm always thrilled when I get a chance to see up close and in person - artists and musicians who have made such an impression on me over the years. This was definitely one of those occasions!

nice piece, graet pics.
seems like it was a fun night.
and i checked "bebe buell" i kind of dig that sound.
sweet.

Ah, great to hear. I'm not surprised though, as I've known you to be a fan of that "classic rock" sound. Bebe's music certainly resides there.

Bebe, there's a name from the past!! I remember her being talked about briefly in the UK press and she always seemed to be at all the right parties(like Croms!)

This looks like a great festival though celebrating the great music of a great city !

Bebe is a true rock and roll legend. I made it my goal to meet her at this event.

She embodies all that's good about the music scene.