I never miss The Raveonettes when they play New York.

Since discovering them in 2004, I go to all their NY shows. No exceptions.

So, Friday night the 16th of January at Webster Hall was a big night for me, as Sune Rose Wagner reunited with his partner Sharin Foo (wonderfully backed by the amazing Heisenflei of The Pity Party on drums, and Jennifer Frasier, formerly of The Warlocks on bass) for the first time in half-a-year to play some live shows. 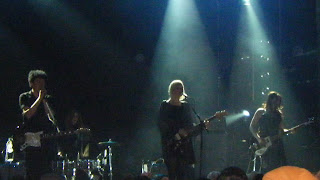 From the opening strains of classic Pretty In Black tune "You Say You Lie" (the set opener) the band looked and sounded fantastic. 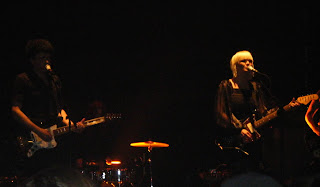 Webster Hall is one of the best places to see a show (in a stand-up situation) and The Raveonettes took full advantage of its high-quality sound and lighting systems. 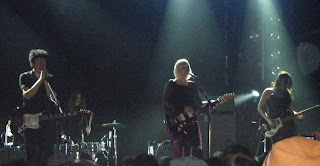 Having not played together live for a 6 month period (recording the four digital EP's they released via modern e-technology, while Sharin took time to have a baby) their voices sounded as harmonious as ever. 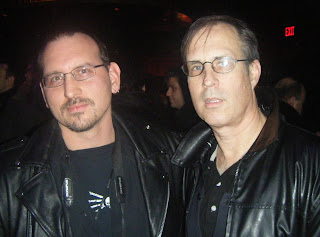 Arranging various show meetups prior to the event, I was most pleased to make contact with my good e-friend and fellow blogger Quicklime Tom. It was my pleasure, bro. 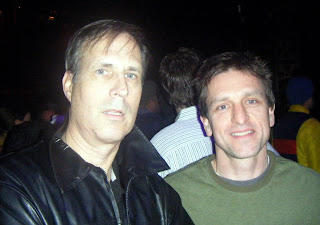 Speaking of bro's - Tom's own actual brother Crickety Chris was there, and is also a righteous, upstanding dude. 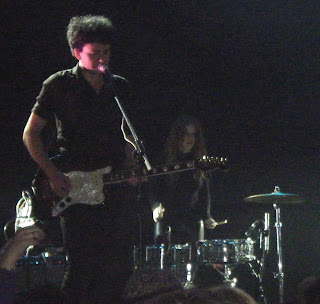 Wagner was (as always) his amazingly cool and collected self. His voice was spot-on and his guitarwork never fails to chill me. Note the dazzling Heisenflei (of amazing band The Pity Party) on drums.
Check out their version of "Lust" (from their last full-length album - the fantastic "Lust, Lust, Lust")
http://www.youtube.com/watch?v=vTUnEF9hWnI 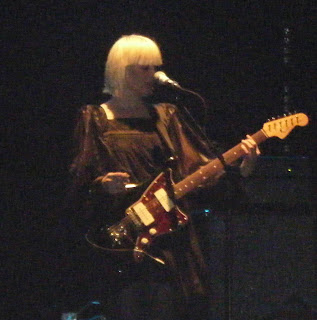 Sharin, still glowing from recent Motherhood, was also a force on the six strings. Her playing becomes more fluid and dominant with each new tour. Additionally, her voice was as sweet as ever, and together with Sune they become something greater than what either could do individually. 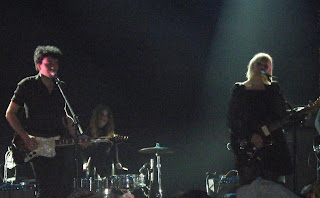 This past year, Sune & Sharin released 4 separate digital EP's. Two new songs from the "Beauty Dies" EP were included in the set for this show.


Check out the amazing performance of "Black/White" here: 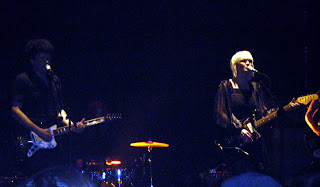 When beams of light hit Sune or Sharin respectively, they transformed into something near angelic.
Another new song from the same recently released EP - the gorgeous "Young and Beautiful"
http://www.youtube.com/watch?v=carXfadXdFA 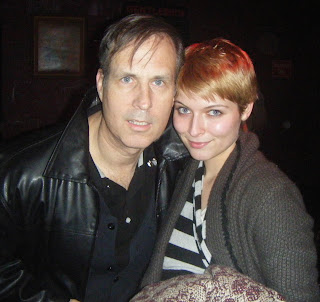 I had the pleasure of rolling post-show with my total BFF CA (California) Ann Oakley. She totally rocks and is amazing - truth!

Sune was so cool to host a dance party downstairs at Webster Hall (which has some really cool and fun different rooms with a variety of music being played). 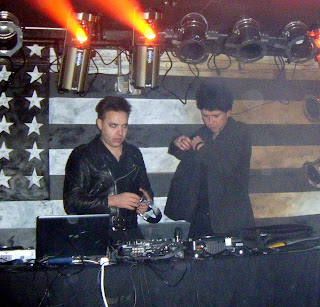 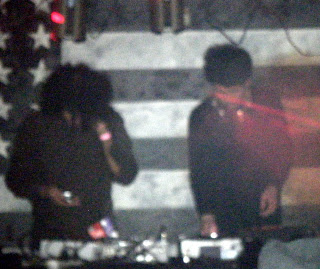 The music he played was diverse and had Ann and I dancing like a couple of Rave-On-Raving Rockers! 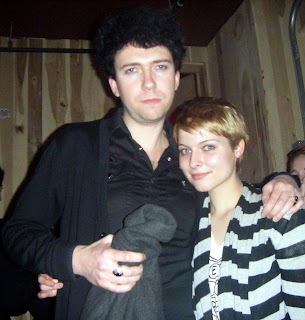 We caught up with the always friendly Sune himself for a brief how-you-do and photo op.
The man and Ann - totally cool.

After that we headed out to Club Mondo over at Don Hill's on the West Side of Man-Apple. 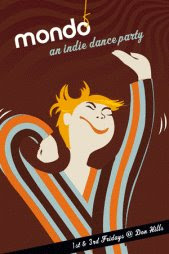 It was dance, dance fever till wee hours of morn.


Sweaty, satisfied and stoked - it was, what you would call - one of those truly awesome, fun and fantastic nights.


Here's some links for anyone who needs 'em:

Good stuff , one day I`ll get to see this band! Every time I get a ticket theres a plague or I fall down the stairs ...Still I can live the experience through DC's reports ;)

Hi dave, I remember you from the old sony r's forum a while back. There doesn't seem to be much fan community anymore, but recently noticed a copy of the 2nd rarest R's CD on ebay for a whopping $0.37!!! I remember when that used to fetch well over $100.

The mighty Raves again! Great job, as always. And I love seeing Sune as a DJ, that's unusual and intriguing ;)
Great stuff.