The Pity Party - live at Pianos, New York for the CMJ Festival

The Pity Party made their triumphant return to New York City after nearly a year and a half, and I made sure I was there to witness it.

Slotting themselves in as part of the CMJ (College Music Journal) Festival that grips NYC every October, the Los Angeles-based duo played a tight 30-some-odd minute set that featured a mix of material from their two so-far released EP's.

For those that don't already know, the band consists of two members: 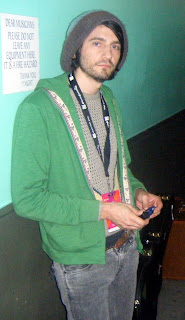 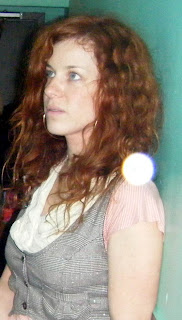 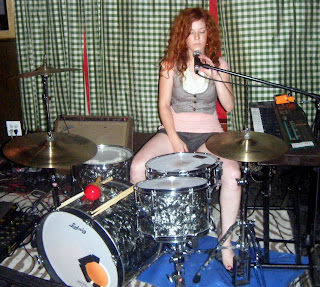 Heisenflei in particular has the unique ability to play drums and keyboards at the same time. All of her drumming is done with her right hand and left and right feet - and the keyboard playing is done with her left one. It really is one of the more impressive feats in rock music today. 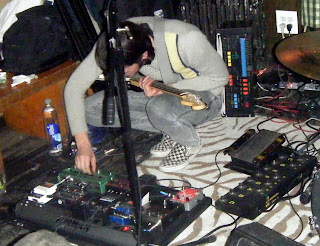 As I had just mentioned, M has spendid collection of effects boxes and pedals. And rightly he should. As a two-person band, a lot of sound has to come from this source. 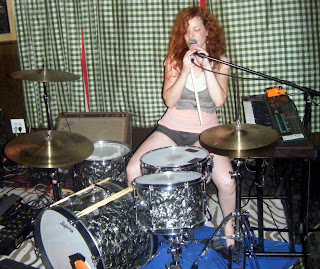 Along with showing herself to be a versatile musician and performer, Heisenflei is also quite the captivating vocalist. Her voice is solid and she exudes a veteran performer confidence that could only come from the constant touring and shows that this band does. 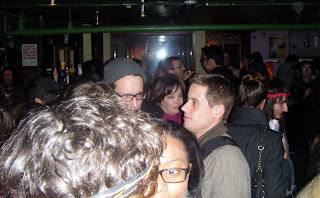 On this night the place was packed for the performance! 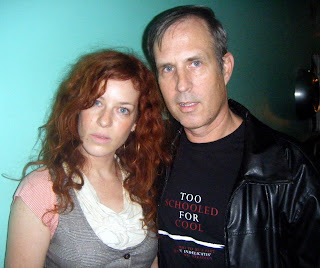 I was fortunate enough to catch up with the band for a pre-show interview.
Listen in as I discuss with M the current status of his healing hand (he had injured it in a bicycle accident)
http://www.youtube.com/watch?v=ekUPphaB50k 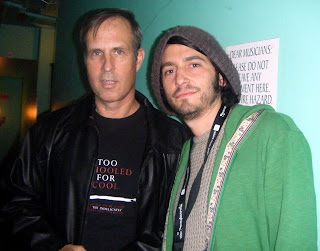 In the much longer second part of the interview, we discuss how people's taste in music evolves, and how bands like My Bloody Valentine, A Place To Bury Strangers and The Pity Party influence this evolution.
Listen to it here:
http://www.youtube.com/watch?v=5gE5tXHVJQQ 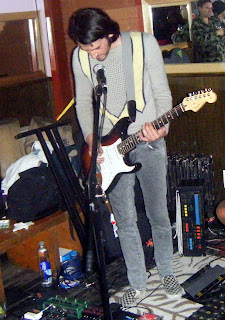 With the show underway, the band started out with YR Life= Nice
Listen in on it here:
http://www.youtube.com/watch?v=AN2L0ZviBs8

M pulls off some tasty guitar soundscapes, as H lays out a motioned percussion pattern, against deep synth-bass notes. 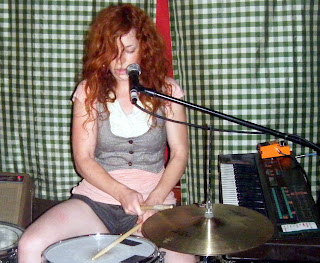 Have a listen here: 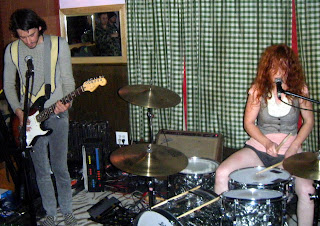 Growing stronger with each successive song, the band puts together a seamless combination of their songs "MAS" and the brilliant "Love Lies"
Listen to it here:
http://www.youtube.com/watch?v=GfRvjVuBgXk 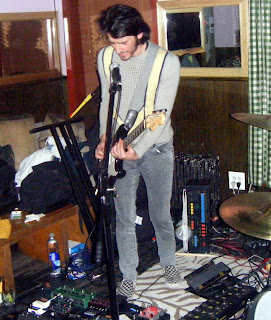 Following that was the crowd-pleasing "War Between 8 and 4" combined with "WMD"
http://www.youtube.com/watch?v=hP4p4oVHd3k
In fact, you can hear audience members singing along. 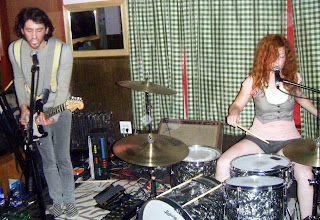 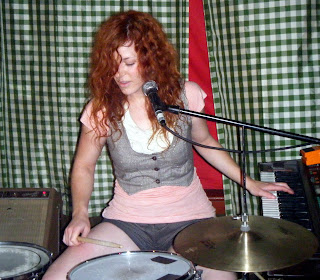 I have been following The Pity Party from afar now for a year and a half (since I first saw them in support of The Ravonettes). I have followed their progress through posted videos of their live shows, and acquired all their subsequent releases, since buying their debut EP on the first night I saw them. However, getting to see them play again, up close and in the charged CMJ atmosphere in a packed NYC nightclub was an absolute pleasure. 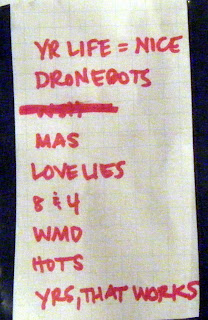 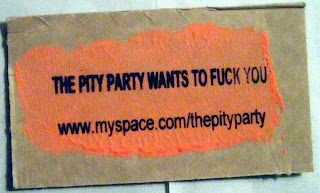 They handed out these cards to people throughout the night. Surely its an offer you can't refuse? 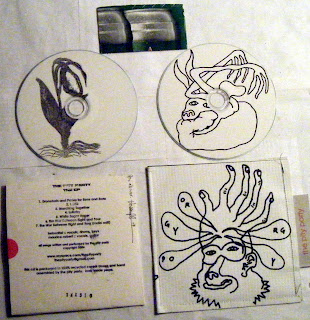 So far the Pity Party have released two EP's. Their Debut and the second one titled "Orgy Porgy"
You can pick up a copy of this CD at their MySpace page:
http://www.myspace.com/thepityparty
They also have a brand new download EP entitled Hotwork, and it also can be gotten from their page there as well.
These EP's feature the artwork of RONALD DZERIGIAN.
Check out The Pity Party right away, because their music is too good not to!
For those who happen to be in the UK, that is where they will be performing next:
Upcoming Shows
( view all )
Nov 6 2008
8:00P
http://music.myspace.com/index.cfm?fuseaction=music.showDetails&Band_Show_ID=38078101&friendid=33487706
London, London and South East
Nov 7 2008
8:00P
http://music.myspace.com/index.cfm?fuseaction=music.showDetails&Band_Show_ID=38520944&friendid=33487706
London, London and South East
Nov 12 2008
8:00P
http://music.myspace.com/index.cfm?fuseaction=music.showDetails&Band_Show_ID=38439673&friendid=33487706
London, London and South East
Nov 13 2008
8:00P
http://music.myspace.com/index.cfm?fuseaction=music.showDetails&Band_Show_ID=38521178&friendid=33487706
London, London and South East
Posted by DaveCromwell at 8:27 PM

Now that's some ass kickin' stuff. Fantastic review. I wish there were many more female drummers out there. More than already are ;) Great stuff.