I told Steve Shiffman that I might just do this blog "quick and dirty".

So, here are the facts:

Steve Shiffman & The Land of No (the whole band) played a show at the lower east side haunt called Pianos (though as far as I could see, there was no actual piano in the place) on Tuesday night, the 14th of October, 2008. 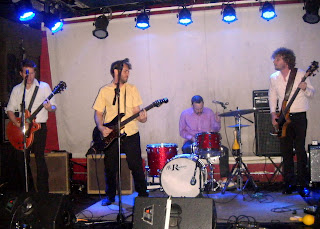 With each successive time I've seen this band, I become more and more impressed with their songwriting and playing. 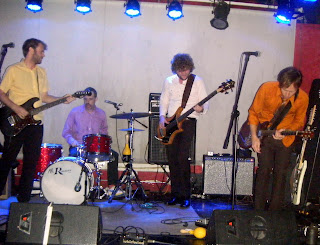 The songcraft is structurally tight, yet there is lots of room for guitar explorations and and sonic mayhem. 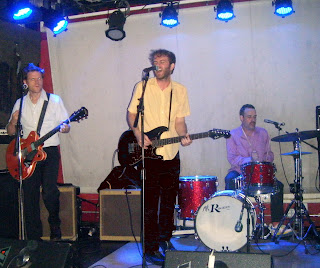 Steve Shiffman is the type of unassuming "everyman" frontperson. Comparatively, he's more Steven Malkmus than Steve Tyler (the only dominating frontman named Steve I could think of at the moment). Plus, he plays guitar. And more like Thurston Moore than Joe Perry (yes, another Aerosmith reference - just deal with it).

The real Joe Perry of the band is legendary axemeister dAve Hollinghurst. You know him. He also plays in Nicole Atkins & The Sea. He plays a wicked slide guitar. He also has as many effects pedals as Kevin Shields (the big tuna from that My Bloody Valentine band). 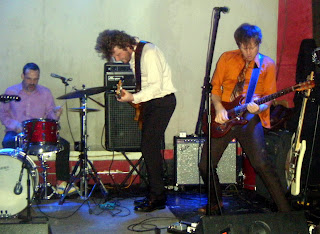 Drums and bass from (respectively) Pete Hayes and Kent Heine. 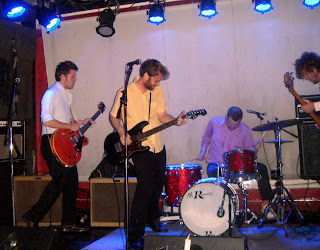 Alec Ferrell provides solid (semi-hollowbody) guitar work as well as essential background vocals. In fact, despite the obvious guitar love - this is very much a vocal band. Everyone has a mic in front of them and they all contribute harmonies and things. Though I think Kent the bassist doesn't - but Pete the drummer takes a lead vocal on one song to make up for it. 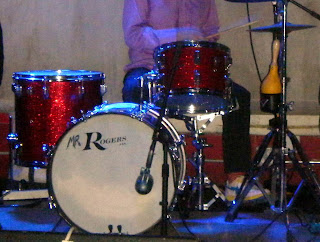 The ever changing bass drum head is a delight to behold.

Check out the band playing their classic song:
"Waiting For The Cigarette Girl"
http://www.youtube.com/watch?v=zK3uUIvhovU 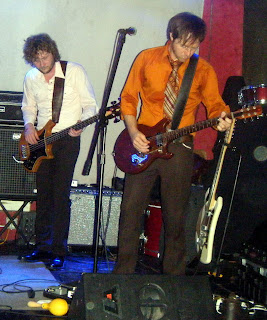 Kent and dAve lock in.

Another song, then:
"Death In The Newsgroup"
http://www.youtube.com/watch?v=zryC8BCv1Eo 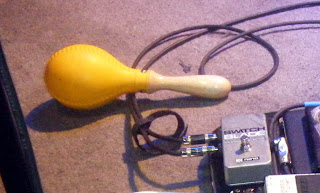 The real star of the band 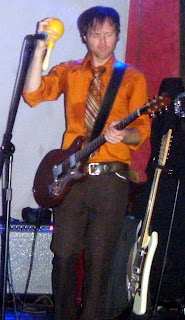 dAve demonstrates how to draw on its power. 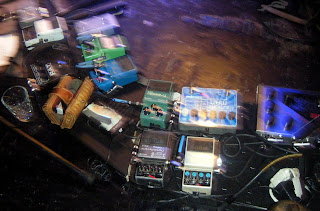 Mr. Hollinghurst also has a somewhat magical and dreamlike resource of FX pedals.

One more song - the show's closer:
"It's OK"
http://www.youtube.com/watch?v=pjzlLslWwpA

The band lists their influences as:
Gun Club, Bob Dylan, Patsy Cline, Big Star, Velvet Underground, The Holy Ghost, Jeff Lewis, The Band, The Figgs, Hula, Magnetic Fields, Patti Smith, Wave Pictures, Guided By Voices, Decoy, Small, Sebadoh, Loretta Lynn, The Who, Television, The Slits, MC5, Love, Pecola, Yo La Tengo, Squirrel, Dream Syndicate, Replacements, Modern Lovers, Neil Young, Polvo, Charlie Parker, Sonic Youth, The Kinks, The Teenage Prayers, The 4-Star Movie, Nick Cave & The Bad Seeds...
I hear bits and pieces of all that - but if I had to narrow it down to only two - it would be The Replacements meets Sonic Youth. 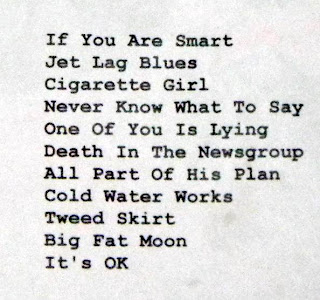 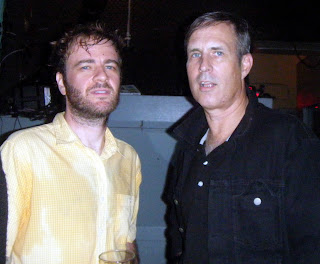 Catching some quality chat time with The Shiff

Very cool band. Great sound, energetic way of writing music. I like it. And the maraca rocks ;)
Great job, dave.