When a killer double bill of both new and legendary bands presents itself - it would be a crime to miss such a show.

So it was my pleasure to head on down to The Bowery Ballroom on the final Saturday (and day) of March - the 31st - to catch two bands who's music holds serious interest for me.

First up was a band who I've written about previously - both here on this blog and at The Deli Magazine - Brooklyn's own Heaven. 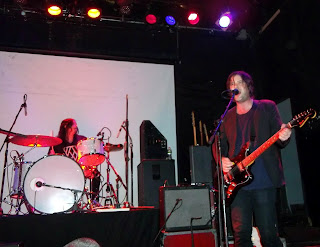 Fronted by guitarist, vocalist and songwriter Matt Sumrow the band plays a precise and controlled style of dream rock. 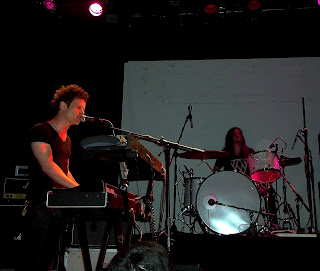 Complementing Matt's lead vocals is keyboardist and sometimes bassist Ryan Lee Dunlap.  In addition to providing buzzy synth textures within each song, Ryan adds to Matt's lead vocals with a tandem harmonizing that gives this band their unique sound. 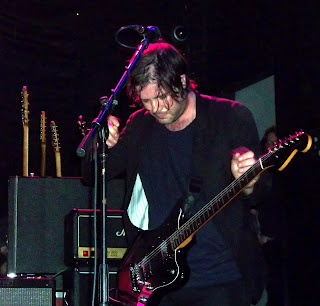 Matt is a prominent guitarist who's live and session work is in demand throughout the music community. 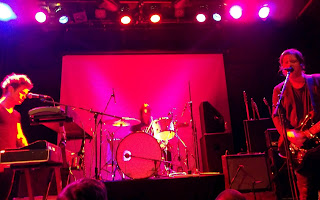 Since the band's permanent drummer - Mikey Jones provides the percussion for Swervedriver's live performance - Heaven used a replacement drummer who more than capably filled in.  It was interesting to see how another professional drummer was so quickly brought up to speed on their catalogue of songs. 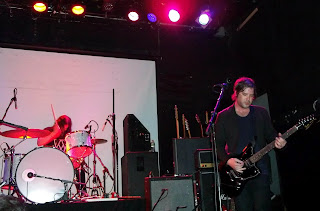 As in introduction to their forthcoming album (scheduled to be released in full later on this year), Heaven delivers their song “Falling Apple” by way of this music video: 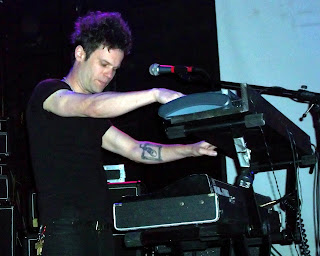 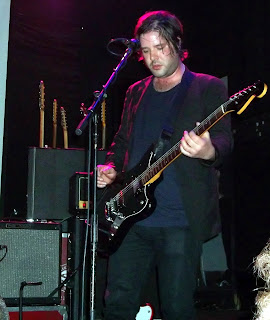 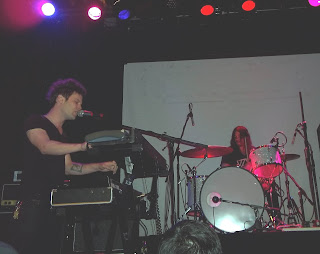 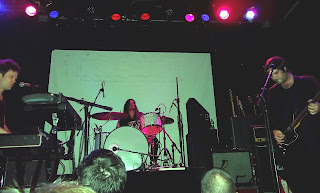 The audience paid close attention to music that was new to many of them.  Their applause let the band know it was hitting the mark. 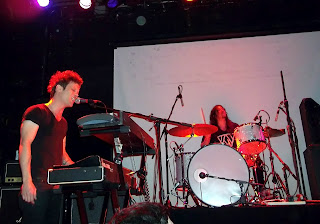 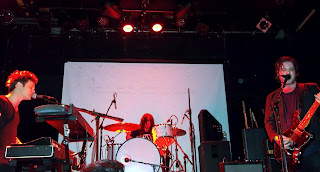 The band presented a tight, no nonsense set that was executed with a precise professionalism that left the crowd satisfied and ready for what was to come next.

For further reading on Heaven, check out my previous features on them at these links here:

As well as the band's own site:


Now it was time for the headline act. Swervedriver was formed in Britain in 1990 fusing swirling textures with the more traditional rock structures. 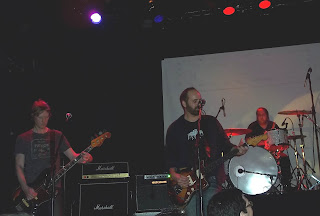 22 years later, and the band sounds as good as their explosive beginnings. 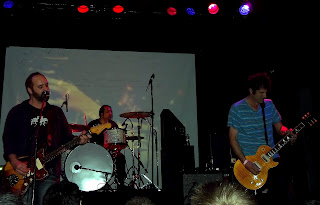 As one might expect, the set was filled with all their classic tracks. 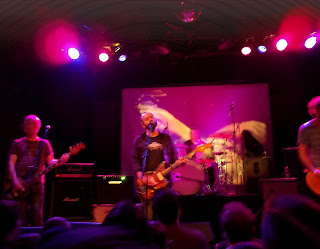 The audience hung on every note - every memorable word. 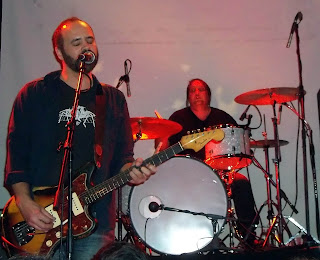 Adam Franklin leads the band with impressive style, while Heaven's Mikey Jones capably covers all of the drumming anyone could ever need. 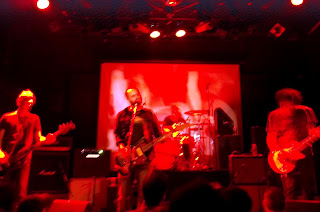 Bathed in red lighting, the "gaze" was spectacular. 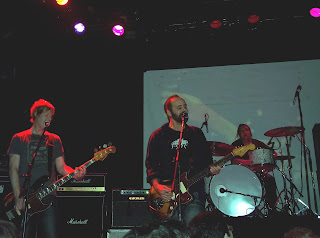 Rave Down - - Hit The Ground 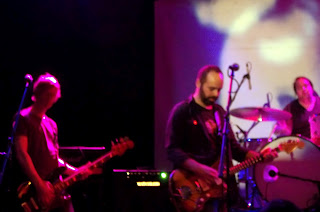 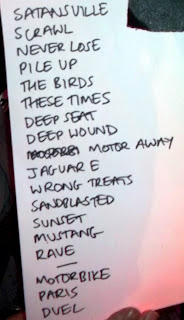 A set list to make the most diehard of fan happy.

Posted by DaveCromwell at 8:50 PM

Great review Dave!
Love the photos and the music is cool :)

Both videos (and their songs) provide a good introduction for each band (for those that may not know their music already). Getting to cover this particular show was a pleasure, indeed.

Great job Dave! Very cool photos and so nice song! It's a pity i could see only the first vid cause the second isn't available on my country...

I'm pleased to know you could at the very least see and listen to the Heaven track, Paty. Not sure why the Swervedriver one is restricted, but any google search of the band's name will turn up this song for you to hear.

nice entry.
some dreamgaze and some heavier sound.
i did some digging, and it turned out that "swervedriver" sounds really great. i like their tunes.
and i even found fave (so far) tune of them called "deep seat". :)
so thank for introducing. :)

In addition to "reporting" - of course I get a kick out of *introducing* music that has meaning for me - to others. So, yeah - glad I could share the awareness, Mr. Smork.

The dreamgaze-to-heavy chain is one I've straddled for over two decades now.

cool review!
as usual :) have to say this video of the song Falling Apple - wow I really enjoyed! good sounding song :)

I love that hypnotic groove and tripped out imagery, Ivanka. Glad to know you to too!

Wow. That's some endorsement, True Colour. Best ever is some pretty high praise indeed. Gotta say, they put on a helluva show.

great as always croms, i only just became familiar with swervedriver the other day before you posted this! weird ha? some beautiful noise from both bands

"Beautiful noise" might possibly be the best two word description for the music I favor the most here, William!

Great read and pictures Dave. Growing up in high school, my best friend actually had the nickname Swervedriver. It was more based on his driving abilities than the band...but we were both fans. Cool to see they're still making music.