On Saturday night, the 29th of November, 2008, riff-tastic supergroup The Parlor Mob played a monstrous return-to-home show in front of a loyal crowd at The Wonder Bar in Asbury Park, New Jersey. 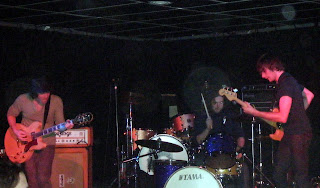 When we arrived (thanks to driving pal, sometime video-camera holder and all around "wingman" Steve), the show was already in progress. So we missed first act. However, we did catch a few tunes from Sikamor Rooney - and I have to say on first hearing I was digging the live sounds.

You can find out more about them here:


Next up was a performer I had seen previously, but solo and in an acoustic setting.

On this night, Scott Liss performed with his three-piece electric band The Sixty-Six. 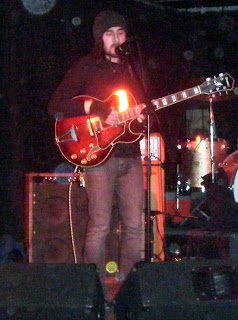 I enjoyed his show even more this time, now with the full backing, bigger stage and more dynamic presentation. 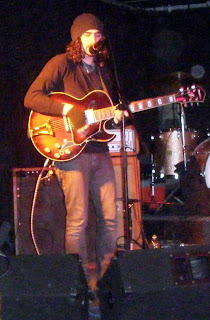 Listen to Scott and his band play at this show, here:


Fellow avid concert goer and good friend Laura was there. 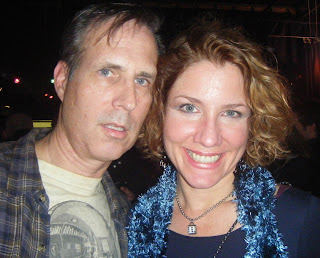 Flannel shirts and rock-star scarves were the proper attire.

Finally it was time for the main attraction 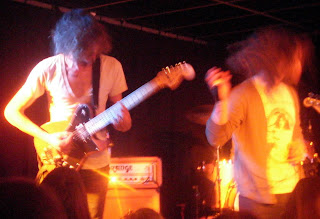 The Parlor Mob launched into their set with coiled precision and energy, that only a hometown show could inspire. 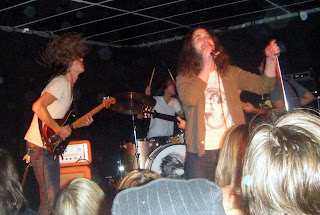 The crowd was totally into it from the very first note. 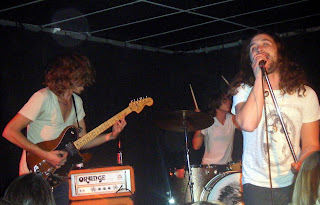 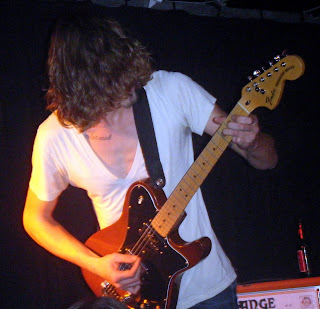 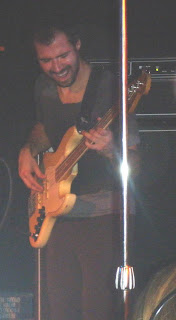 Bassist Nick Villapiano was all groove and feel as stayed in a tight pocket worked the rhythm with drummer Sam. 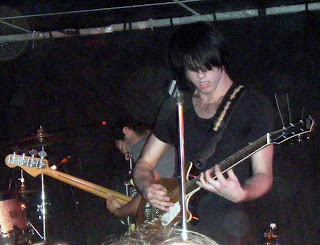 Guitarist Dave Rosen ripped off one blistering lead after another. 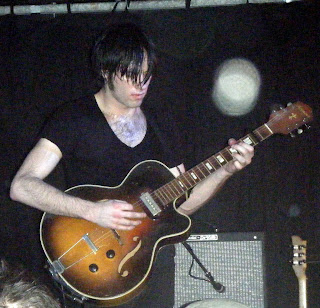 In addition, he showed equal dexterity and sensitivity on the acoustic. 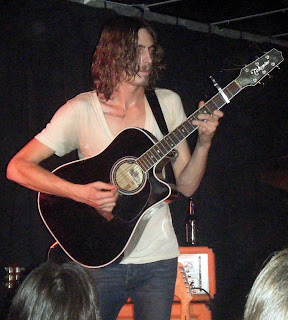 Paul too, added acoustic brilliance.
As can be witnesses on their down-homey feel tune "Can't Keep No Good Boy Down"
http://www.youtube.com/watch?v=hsiYPzbLl4Q 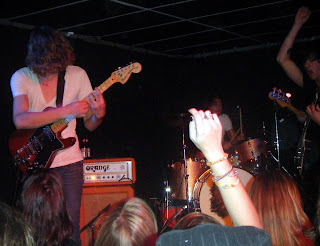 "Clappin' our hands when were out on the weekend" 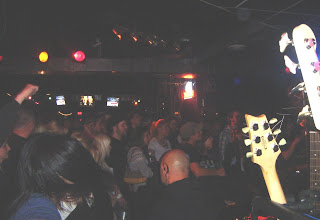 "Stompin' our feet with the people we believe in" 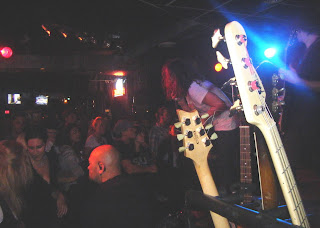 One more song - "Read Hard Headed"
http://www.youtube.com/watch?v=jshPPS9Bl0E
This one opens with an unbelievably cool, long instrumental jam. Then it takes you higher.

The Parlor Mob is one of the most exciting new bands on the rise today.


Check 'em out for yourself and you'll see what I mean.


Their debut album "And You Were A Crow" is available digitally on iTunes and the CD can be gotten in music stores Everywhere. 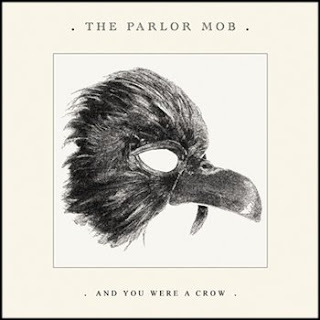 Posted by DaveCromwell at 4:13 AM

Labels: and you were a crow, asbury park, blues, new jersey, rock, the parlor mob, the wonder bar

good report. quality of sound in videos, you, linked wasn't good, but i can give an impression, about music they play. (country rock i'd say. :) )

good report. quality of sound in videos, you, linked wasn't good, but i can give an impression, about music they play. (country rock i'd say. :) )

hey tadas - yeah i was disappointed that the bass notes distorted the overall sound of the band. i guess it was just a little too loud for where i was in relation to them. i should have filtered the audio input a bit. still, the visuals are real good. Also, though there are certain elements of country in some of their songs ('no good boy down' in particular) I think their sound is closer to a hybrid of southern and brittish *rock*. Thanks for commenting, though. ;-)

Absolutely mind blowing band. That's how Led Zeppelin should have sound like (I don't like Zep's recordings at all, but please don't kill me!).
Energetic sound, with a hint of Budgie's feel to it. Beautiful music. Great, great post. Thanks a lot for introducing me to yet another creative team.