I happen to go out to live shows a lot these days. Why not? You only live once, right?

This past Thursday, July 24 - I checked out (again) a band I've recently become high on -
The Secret History at Public Assembly in Williamsburg, Brooklyn
(formerly called Galapagos Art Space). 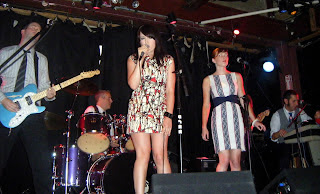 The Secret History have been described as having "songs and sentiments derived from an early 70's pulp novel."
To me, they're very much in the Roxy Music style - in both image and sound.

They feature Lisa Ronson as their primary vocalist.

Lisa, is the daughter of legendary Ziggy Stardust and the Spiders From Mars guitarist Mick Ronson. What ultimately sets this group apart from so many others is the clever lyrics and detailed arrangments of leader/songwriter/keyboardist/sometime lead vocalist and snappy dresser Michael Grace, Jr. 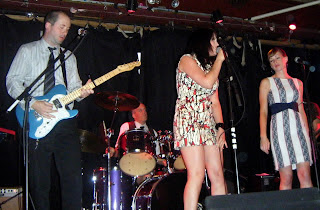 Lisa brings to life songs like "Our Lady of Pompeii"
Which can be viewed here: 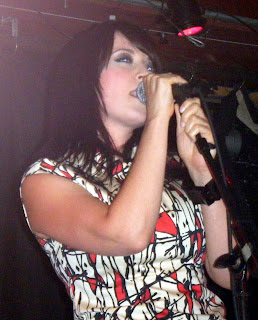 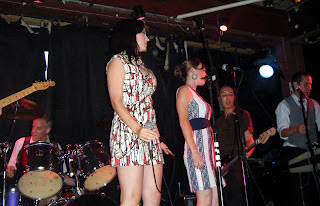 Check them out at one of their upcoming shows if you're in the area!
Upcoming Shows
Aug 15 2008
8:00P
40 Watt Club, Athens Georgia. Athens Popfest!
Athens, Georgia
Aug 29 2008
9:30P
Mercury Lounge
LES, NYC
Mercury Lounge is an easy get for me, so I'll see you there!
http://www.myspace.com/friendsofthesecrethistory
Posted by DaveCromwell at 7:41 PM