On the verge of yet-another much anticipated North American tour, The Raveonettes release their sixth studio album, Observator. 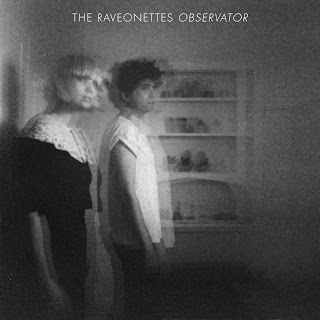 Recorded in California with long-time producer and mentor Richard Gottehrer, the album is available worldwide this month.


Nine tracks in all, the record proves once again how this band continues to evolve creatively.  Universal themes of the brokenhearted share space with tales of determined human spirit. 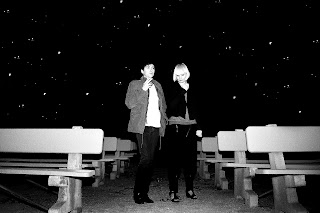 "Young and Cold" finds the and Foo harmonies stronger than ever, and most prominently featured here. Sune's buzzing, electric guitar fleshes out the acoustic strums of a western motif, while Sharin sings out more forcefully than the in-tandem-with-Sune style of earlier recordings. Previous unheard elements like stark piano melodies briefly emerge and are then reprised on an unanticipated ambient coda.


"Observations" takes the piano foundation even further, with its back-of-the-concert-hall ambient block chord progression. The vocals are clearly in Sune’s court here, giving the track a more personal, almost solo feel. That unmistakable guitar is most assuredly present, however, delivering multiple melody lines from this prolific composer. “To live like common people, I never think I’ll do” is the expressed sentiment. “This woman says I’m torn between two lives” is yet another. 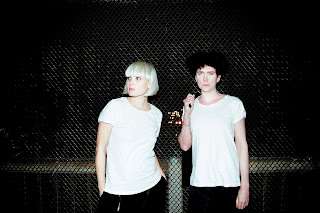 “Curse The Night” emerges via a shuffling, easy going (yet artificial, electronic) percussion track – the kind is so fond of. A curiously muted lead vocal surprises, but is wisely juxtaposed against the now familiar (and most comforting) Sune & Sharin tandem harmonies.


“The Enemy” thankfully, is more fully realized, with a brilliant lead vocal performance from Sharin. “You are always there to remind me, I’m the enemy” underscores ’s keen ability to combine heart-tugging lyrics with even more heart-melting melodies. A song that anyone who has ever felt wronged or misunderstood can rally around. 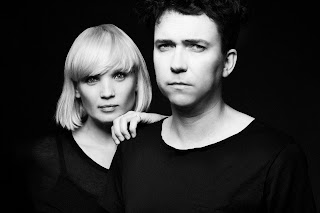 “Sinking With The Sun” explodes right out of the box with full band instrumentation and a driving melodic guitar hook. Tandem vocals are again the featured play. Ambient interludes merely underscores ’s seemingly endless ability to create one great melody on top of another – only to have that burst into the actual title hook. Cascading vocals combined with brightly descending guitar figures completes this masterfully executed pop song.


First single “She Owns The Streets” has already generated significant excitement both due to the appealing subject matter and truly inspired sound design. Telling the story of a gifted but misunderstood dancer, informs all that “I want to be the one that keeps it alive.” The beautiful sonic hook of “she’s dancing in the street” takes your senses somewhere between the clouds and heaven itself. Sharin Foo’s vocals are positioned with such masterful precision, that it’s hard to imagine anything more perfect.
Raveonettes - "She Owns the Streets" (Official Video)

"Downtown" is bouncy pop extolling the excitement of pleasure seeking, and how "all the boys are going, down-town." Once again, Sharin Foo's voice is impeccably placed on the high harmony, emphasizing the word "downnnnntown."


"You Hit Me (I'm Down)" includes all of the musical elements featured in the seven songs that have come before. That being stark, ambient keyboard chimes, acoustic guitar chord progression, blended harmony vocals, powerful buzzing electric guitar and distant single note melody lines. Add to that a huge, instantly singable chorus, twangy guitar solo and enough ambience and atmospherics to last for days. 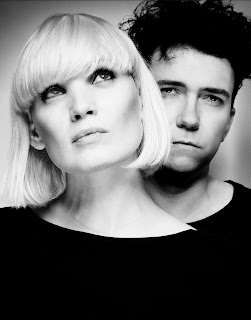 The appropriately titled album closer "Till The End" presents the delicate balance of simply living in the present. A central lyrical theme expresses the desire for one to "calm down - be still - we'll walk up the ocean until the end." Furthermore, when sings "for a moment I belong to you," he touches upon a universal theme of connecting deeply with someone - even if that experience may only be short lived.


The Raveonettes begin their tour in , Or on September 21st and play 's on October 5th.
Full tour dates can be found at:
http://www.theraveonettes.com
Posted by DaveCromwell at 7:26 AM

wonderful descriptions on this latest release from a band i've come to know and love. I don't doubt this album is going to be a mainstay in my collection for quite a long time!

The quality of songwriting and sound recording is as good as it gets. I can't imagine any better.

You are right, Misty - this is an album you will play continuously for years.

some great live stuff from last year can be heard here,

nice one.
sweet review, mate.
this band is one of those that i kind of dig, but with every new release i like it more. :)
"she owns the streets" fell in to my head quiet nicely - it was a while ago, but it's one of those that sticks for a longer stretch. :)
feel the free everybody. :)

This is, indeed - a band that grows on you with each new release. Every track on this one has that 'sticks in your head' quality.

Most impressive, to say the least.

Great review Dave! I love She Owns the Streets and looking forward to hear more of them. I saw they're coming to the Netherlands in december so I may try to see them there if I have the time/money to do so. :)

loved she owns the streets when they played it live in sydney- looking forward to hearing the rest of the album soon!! gotta love em

I know you saw them down in Oz recently, William. Hope you get a chance to make the London show now too.

Very nice review and pics Dave, "She owns the streets" sweet song, i like it, can't stop to move my head from side to side, glued in that melody *_*

That melody captures you and just won't let you go, Paty!

Dave I agree more. I really couldn't imagine better output. I wasn't so sure how the inclusion of piano would work out but there is no disappointment here - it fits right in with their sound. The Raveonettes have been providing listeners with compelling music for 10 years now & Observator is no exception. I can't wait to hear it on vinyl. Fans would probably want to know there is an extra song available only thru I-Tunes.