EULA - Live and on the Record

Alyse and her band exhibit the drive and ambition that is essential for success in today’s ever growing crowded field of hopeful musicians.  On stage the band presents itself in the classic power trio format.  Bassist and drummer (“BootyBeats”) provide a perfectly matched rhythm section for Alyse’s particular coiled-to-explosion hyperactivity. 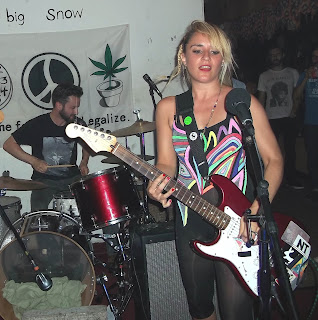 On stage Alyse paces back and forth like a cat in a kitchen - who has previously spotted a mouse under the refrigerator.  Her petite but athletic frame reflects the years of ballet dance training, while her aggressive demeanor leans more towards her baseball years at high (and a sweet high that is).  With sweat glistening off of her face and bare arms, a form-fitting leotard provides just enough sex appeal balance against manic vocals and forceful guitar movements. 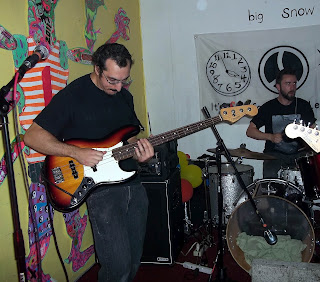 Meeting up with Alyse on a sunny summer afternoon at a coffee shop in the heart of , Brooklyn (which has been the epicenter of ’s alternative rock music scene for a while now) we discussed ’s 2011 album “ ” as well as the events and influences that has led her to this point in time. 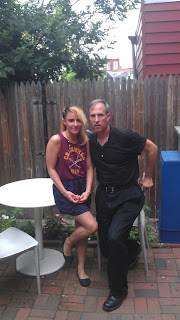 Growing up as the youngest of three children in the suburbs to parents of Scottish and Italian ancestry, Alyse’s musical journey began when she started playing piano at age 8.  Moving on to other instruments as part of her overall development, both clarinet and saxophone were attempted, before she ultimately settled on guitar.  Alyse explained that “seeing perform” was a transformative moment for her.  Afterwards she knew that guitar was the instrument for her.  Other artists credited as influences (or simply bands she admires) are The Pixies, Smiths, Cure, Fugazi, Wire and My Bloody Valentine. 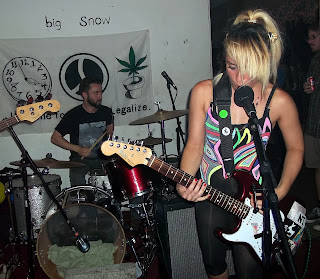 Alyse also credits her mother as a significant factor in her performance evolution as well.  As a costume designer for theaters, Alyse would often accompany her mother to many of the events she was working.  There she got an inside view of what performers go through.  As for what was often playing in the house, mom favored artists like , and , while dad kept the 70’s rock flowing.  It’s not hard to see how these two streams of sonic influences (along with her own personal preferences listed above) might procreate and mutate into the sound that is today.


The title track follows, with its distorted bass-heavy groove and alternating percussion enhancements (high-hat cymbals, clicking sticks, shakers). Of note is how Alyse will sing a quick melody line and play that same part on guitar in tandem. This adds an urgency to the track as well as an air of unpredictability. 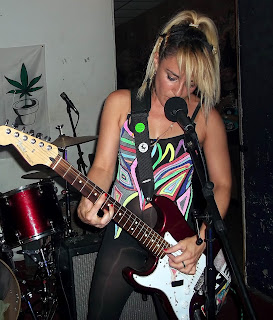 "Oh Lord" sets the mood with beat-box percussion and overall spacious ambience, while the vocals are delivered in a sensual, babydoll manner. The two word, title chorus conveys a universal message of lust fulfilled. 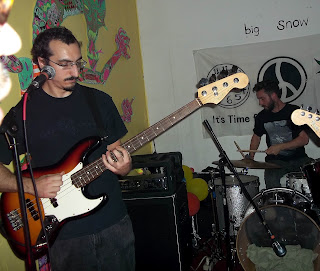 Unafraid to take on controversial subject matter, “Honor Killer” takes less than two minutes to make its point. With the singer putting themselves in the position of an oppressed individual subjected to ancient cultural customs, “shoot me, hang me – come and get me” is the defiant plea. 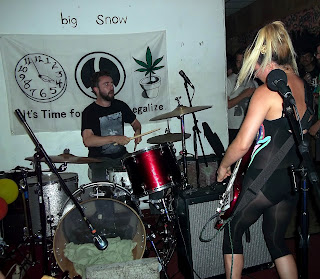 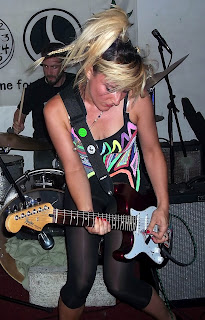 “Bone Density” presents delightfully playful percussion elements.  Hollow sounding “talking drums” share space with rim-shot clacks, the sound of ripping paper and the shaking of a tic-tac box.  The subject matter references our confrontation of and ultimate dealing with the illness of a loved one. 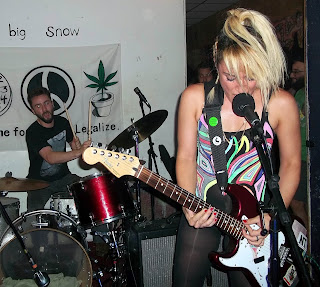 “Texas Stampede” is the records (and live shows) balls-out rave-up.  A frenzied vocal delivery has Alyse caterwauling “where were you!?!,” with additional unique lyrical imagery referencing a “quadriplegic falling to my knees” and the universal plea of “let me fall in love with something.”


“Wake Up” clocks in as the longest song on the record (a whopping 3:40) and finds the vocal melody line locked in closer tandem to the overall rhythm.  The curious, repeated lyric “I’d rather leave than try to” precludes a more easily recognized “I will break your heart” statement. 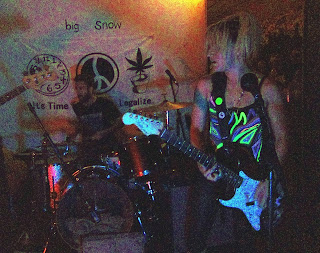 An unexpected surprise (so deep into the album) is the electronic pulsed “Canyon.”  With brass-wave synth throbs that one might justifiably accuse Goldfrapp of having previously borrowed from and Iggy Pop (circa “The Idiot”) Alyse measures her vocal output with appropriate pace.


“” closes the record out with a solo acoustic guitar driven performance from Alyse.  The song title references pain one feels when looking into the eyes of a loved one who is suffering. An added layer of electric guitar and glockenspiel provides just enough texture to underscore the emotion conveyed.

To find out about and hear more of EULA, follow these links:

Posted by DaveCromwell at 8:41 AM

Another live clip from that show, here -

nice piece.
as always - i enjoyed the interview. and i hear dave took his sensual voice. :D
like her glowing guitar and shirt though.
and sound of the band is interesting, and it sounds familiar, i think i know one local band playing something like this...
anyways - nicely done.

Nice review :) I quite liked the interview and the photos are great too.

Alyse wrote saying how much she enjoyed seeing the interview clips. How it "personalized" everything.

When the artist is in the middle of doing these - they have no idea how they are going to turn out.

This one came out great!

wow, this band is great! and i totally love those intimate video interview clips :)

The video interview clips seem to be a bit hit!

Don't forget to click on the links at the end of the feature there - you can hear a lot more of the bands music.

one more live clip from that particular show,

oh, i love that one too!

It's tough to challenge T'Play - but if anyone can - EULA is up for it!

Dave...another great read. Excellent interview, pics, and video. I stumbled upon EULA's album Maurice Narcisse not too long ago and really like the sound..a little different than what I normally listen to. Had a chance to see them play at The Space in Hamden. Thanks again for spreading the word on some great music.

Great to see that EULA's influence is reaching far and wide!