On hearing that former Jesus & Mary Chain and International Jetsetters singer/songwriter/guitarist Mark Crozer had a new band and recently released a new self-titled album, steps were quickly taken to acquire these tracks for analysis and review. Having come to expect nothing less than a high quality of songwriting and overall sound from Mark, it comes as no surprise then that is exactly what we have here. 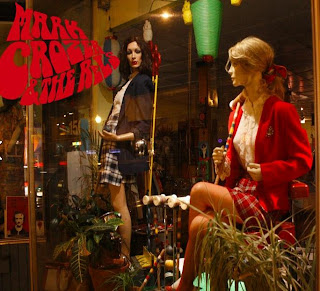 Mark Crozer and the Rels delivers fourteen tracks of impeccably crafted pop music. Regarding the band name, a Rel is a unit of measurement for time on the popular British televisions program Dr. Who. Album opener "War Drum" layers slashing guitar chords, a singular driving bass line and handclap enhanced percussion with harmony vocals that point directly to the authors own self-professed Beatles influence. There's even a "whooo hoooo" moment and harmonica solo straight out of "Love Me Do." 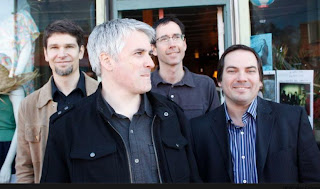 The clever lyrical turn of "I need a Vaccination" (against this lust, you see) gets to the hook with its "Come one, come on, come on gimme a" refrain. It's a chugging driver that has all the makings of a live show pleaser. “Killed By Karma,” has that great tambourine on the chorus and poppy guitar chords that situates itself somewhere between the Kinks and The Cure. What a way to leave this world, indeed.
“Sunshine” is positioned firmly in the "swingin' 60's" of Carnaby Street, Chad & Jeremy, the Cavern club and Merseybeat. While "Brand New World" celebrates the positive joys of each and every new day, drawing a sonic line directly to 1965 and Herman's Hermits "I'm Into Something Good."
“Let’s Go to the Moon” takes the romantic imagery traditionally assigned to that particularly orbiting satellite and playfully laments those "days before pollution killed the sky." It's a more modern sound here and one that resembles closer the music from Mark's International Jetsetters work. 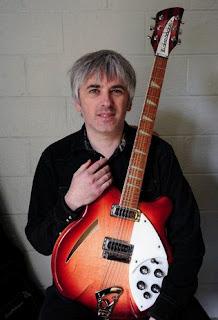 A message to someone once close but haven't had contact with in quite some time is the basic lyrical premise of “Put Those `80s Records On.” Along with an irresistibly catchy chorus of the title line, there's a wistful feeling of things "we loved when we were young."
The touching "You are a Light" presents a message of hope and confidence to someone who has their whole life in front of them. While "Just Another Day" demonstrates a meticulous attention to detail with it's impeccably recorded vocals. 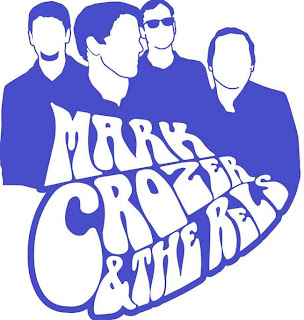 With an "Ahhhhhh, here she comes" vocal section reminiscent of The Beatles "Sun King," “Waiting for June” adds a bit of "Walrus" too with it's pulsing string section. The California coast serves as a launching point for "Deep Caroline," with its Beach Boys tinged 'good vibrations' verses. A big guitar interlude thoroughly modernizes the sound, however.
The more foreboding side of The Beatles catalog is referenced on "A Good Heart." Guitar and piano textures suggest a track like "Cry Baby Cry" off The White Album as something of a spiritual touchstone. Album closer "Bristol Hum" is keyboard driven adding elements of dance music to a classic points-of-reference-around-the-globe lyrical theme. 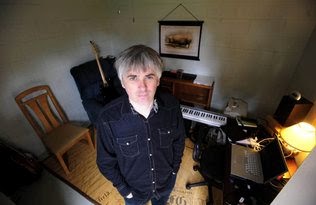 You can hear 30 second samples of these songs (as well as order the record) right here:
http://www.amazon.co.uk/Mark-Crozer-and-the-Rels/dp/B007YOS6YW

Additional features on Mark and his band The Rels can be found here:
http://cltsoundbites.blogspot.com/2012/06/british-transplant-releases-album-with.html?spref=fb

As well as my own feature on his previous band The International Jetsetters, here:
http://davecromwellwrites.blogspot.com/2008/11/international-jetsetters-heart-is-black.html

Posted by DaveCromwell at 3:32 AM

Great one Dave! nice photos, nice band. About photos, I like the first one, don't know but reminds me "Get over you", perhaps by the mannequins...
I listened the samples and they are very nice, i like Brand new world, Killed by Karma, Need a Vaccination and Bristol Hum, this last one for me, is very cool. :)

Thanks for taking the time to explore this record, Paty. The songs are all beautifully crafted and deserve to be heard.

And definitely when I saw the cover, I also immediately thought of Sophie Ellis Bextor's video for "Get Over You"

Not suprised you and I noticed that!

certainly beatles-y, will have to listen properly before i can really comment too much on it but it sounds very promising from here... and hey it cant be to bad if mark's behind it

Mark wears his Beatles influences quite proudly. However, much like, say Elvis Costello - he has mastered the art of songwriting - blending these elements into his own unique sound.

Yeah I certainly didnt find it in a derivative rip off way- a tasteful reference rather.

Great review Dave. Their music is quite good :)

I told Mark he needs to do a proper video of at least one of these songs - so that it can be included in reviews of this album. The age we live in demands it.

It's actually more of a *review* than an interview, Ivanka. I can see how you might think otherwise, though - due to the lack of directly clickable music here (the link to 30 second samples being only a teaser).

Like I said above, I've already mentioned to Mark the need for at least one of the tracks represented in a video.

nice.
i liked 2d piece (after pic) that was given on white background.
used some imaginative words and expressions, that accompanies the given quotes.
whole review was en-joyful, but i loved that part most. :)
and i also like their sound.

You being more of a "traditionalist" when it comes to music, Mr. Smork - I figured you would get into this sound.

As for "imaginative words and expressions" - I consider that my primary purpose here.

those expressions definitely adds that element of reading entertainment. :)

Liking this quite a bit. A different sound than I was expecting considering the background. Definitely a Beatles influence, but there's something else there I can't quite put my finger on. At first I thought Matthew Sweet...but no...someone else, but it's just not registering. Either way, from the samples on Amazon, sounds like a good listen.