A record release show is always a special occasion for an artist. It serves as a celebration for all the hard work and creative drive that goes into producing recorded works. On Thursday October 6, 2011 singer/songwriter/multi-instrumentalist Shana Falana threw just such an event at Brooklyn's Shea Stadium. Joining her on this night to help mark this achievement were friends and colleagues. Specifically the bands Invisible Days, Crawlbabies and Heaven. 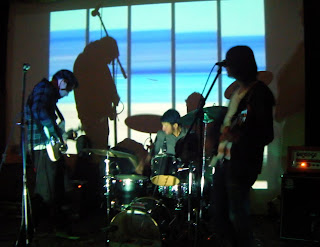 I had been enjoying their song "Daysleeping" for a few months now.

This band successfully blend gentle atmospherics, FX laden guitars, slithering basslines and appropriate rackety-tackety percussion with a vocal harmony that sets them apart from many other bands attempting this genre. Combine that with songwriting that shows thought and precision and its becomes clear (or less invisible) as to why their sound resonates so well with me. On their song "Stewards" the vocals are placed far back in the mix, echo tinged, with strummed guitars more out front. It continues to build cathedral-like, while the drums stay routed in the here and now. 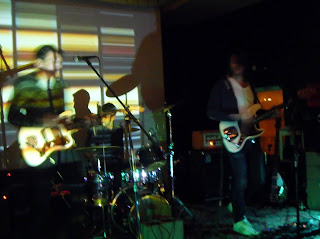 The aforementioned "Daysleeping" takes the superior vocal harmonies even higher, bringing to mind the gold age of "gaze" bands like, Ride for example. 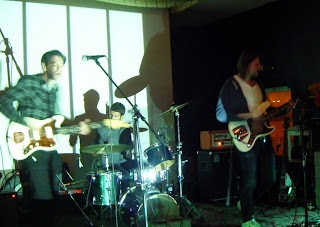 I had also been enjoying their track "Solitary Time" for a while now - ever since picking up their CD at a previously attended show of theirs. 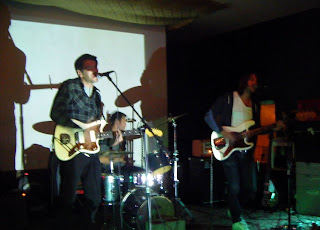 Good News! The band is now offering this track as a free download, which can be gotten here: 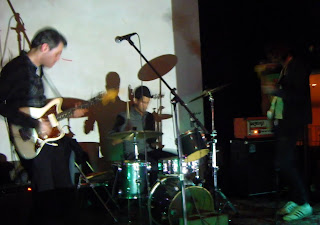 Next up was the trio Crawl Babies 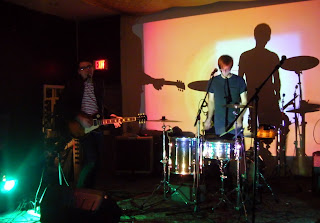 Their psych rock sound and visual presentation gave them a bit of a Jesus & Mary Chain feel. 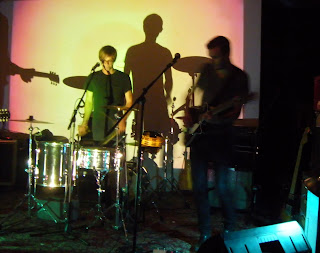 Especially their drummer who played in the stand up style of Mo Tucker and Bobby Gillespie. 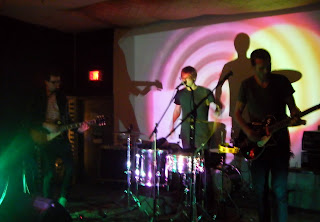 Their 60’s tinged sound points to a band like The Raveonettes as possible sonic reference point. 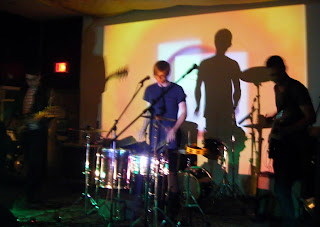 Finally it was time for the headliner. 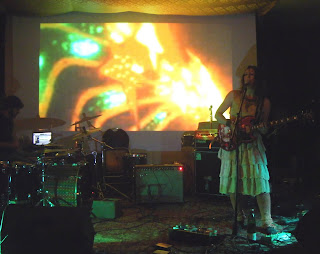 Shana put on her typcially dazzling light and sound spectacular. 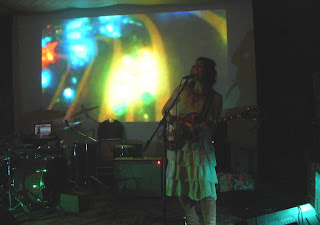 As expected, the set relied heavily on material from the "In The Light" EP

Listen in to this night's performance of "Tragic" 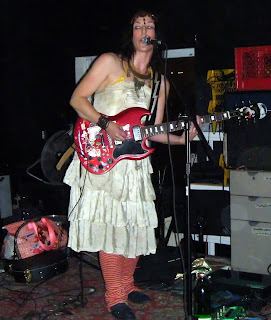 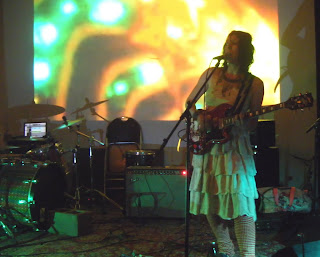 One more from the EP, a live performance of "U.R. Everything" 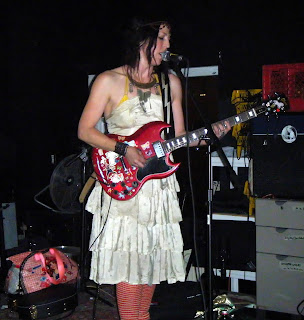 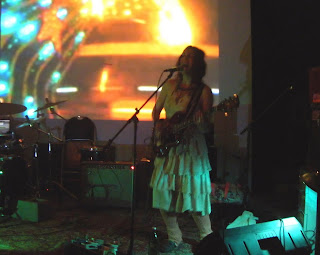 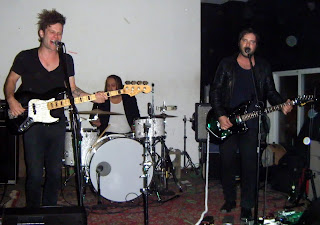 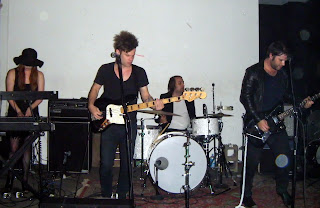 Listen in to the single "Mountains Move"

The song is moody, dark and dreamy (all rolled into one). Of note is guitarist Matt Sumrow's outstanding guitar work, which alternates between clean-note arpeggios and wah-wah effected chorusing. 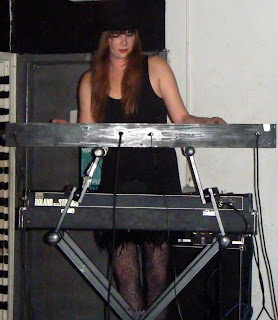 cool) seems like it was a great show! love the video from Invisible Days Solitary time) great song) and that band Heaven - nice one! great review Dave! and as usual amazing photos! I'm a bit jealous, you're so lucky to visit so many great shows,gigs, performances )

Oh, nice to hear you pointing out "Solitary Time" by Invisible Days, Ivanka. Yeah, that is a quality song. Don't forget, they are offering it as a free download from their site!

seems like it was a good show
thanks for introducing me with "invisible days" i did a bit of digging and i quiet like this band.

Good to hear you did a bit of "digging" on one my leads, Mr. Smork. Knowing that is one the statisfying aspects of doing this.

Great pics, great vids, all. I like so much U. R. Everything, really nice song! and Solitary Time... another great. Well done Dave!

I thought "U. R. Everything" was a really catchy song too, Paty. So, cool of you to notice that. Sometimes the tracks further down in the blog can get overshadowed. That one really jumps out from Shana's wonderful EP as something exceptional.

Another great review Dave. I quite liked the first video, "Daysleeping". The other video's were great too, but I liked this one the most.

Btw I'll have a look at that free download of "Solitary Time'. It sounds interesting.

"Daysleeping" has been one of my fave songs of the year so far, Anouk.

Yeah, definitely jump on that free download - what have you got to lose?

Don't you know that I have 2 cats that I dote on?

I'm like "Day Man" (Master of Karate and Friend to Everyone).

A wonderful entry, I have to say.

Let me skip on all the other bands- and all are definitely worth all the attention they get- and get to Shana's music.

We're in a strange stage for the ambitious music today. Robert Fripp and Brian Eno have become predictable and even though they still provide tons of breathtaking recordings it's time for new musicians to take the place in the "most creative" category. And here's where Shana comes in. I bet she doesn't think of herself as someone taking the place of the long gone greats but rather as someone creating their own music in their own musical space. But, like I said before, she has a potential of filling the hole that appeared during the last thirty years, with punk rock, simple rock music (like, say, Coldplay) and electronic dance music taking place of limitless and boundless sonic explorations of the 60s and especially 70s.

If Shana made her debut in the middle of the 80s she would fit the wave of Dead Can Dance, Cocteau Twins and other bands that follow this ethereal/gothic trend of those days. Her music has the quality of all those 4AD albums and her singing reminds me of Bjork (and you can hardly expect a greater compliment from me as far as vocalists are concerned) BUT what's really unusual about Shana's music is that she's merging all those mystical/cathedral sounds with some very clear American rock elements and actually she makes it work. And this, among others, is a sign of a great artist. Taking completely different elements and putting them together to create something entirely new.

I enjoyed this entry, all the words and pictures and videos/sounds. It's great.

It's most insightful of you, eagle - that you equate Shana's music to the 4AD sound and bands like Dead Can Dance and Cocteau Twins. Of course, those are the exact qualities that initially attracted me to her music.

Couple that with the somewhat more modern stylings of a vocalist like Bjork, and as you so accurately assess - "merging all those mystical/cathedral sounds with some very clear American rock elements" - presents a creative outpouring most deserving of attention.