Its best just to simply - pick your targets - formulate a plan - and stick to it.

Day one actually went rather well. 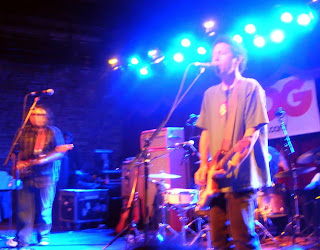 Having already eteched their names on the walls of Alty History, it was a real treat for MOG to present them as headliners at Brooklyn Bowl.

In addition to this blog and it's associated MMN repeater feed - I also write for The Deli Magazine.

They are presenting shows all over New York for CMJ this week - and I certainly wanted to be there for the kick-off event - at The Delancey on the Lower East Side of Manhattan. 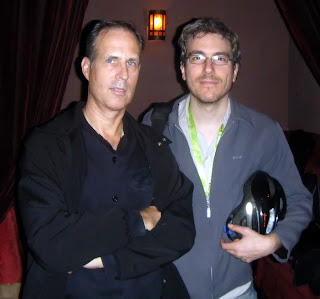 First band of the night was Brooklyn's own 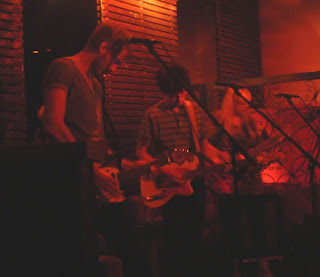 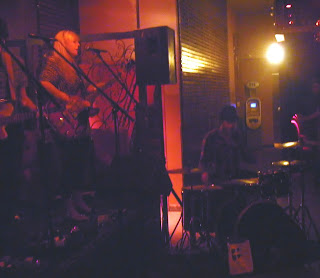 The venue was intimate - and it was early - but the band never disappoints and delivered their well crafted show. 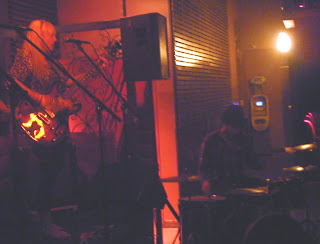 Because of space limitations, drummer Kevin had to set up on the floor in front of the rest of the band. It was actually pretty cool to have him out front there like that for once. 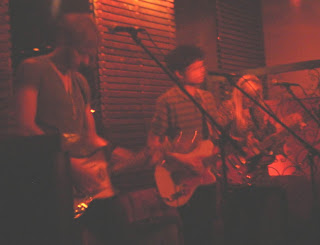 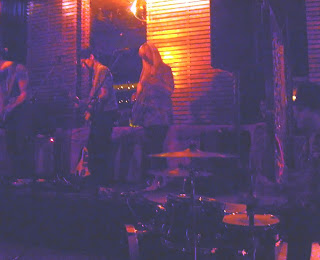 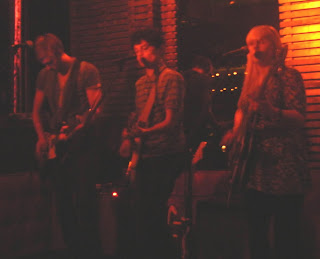 Impressive as their show was - I had not a second to hang around and chat afterwards, as it was rush, rush, rush off to the next show. 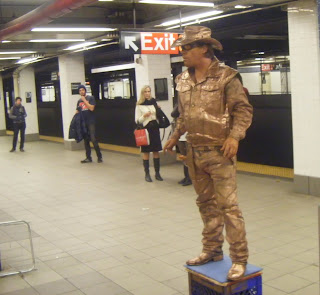 It is truly amazing what you'll sometimes see down in the subway, waiting for a train.
Performace artist - actor - statue? All of the above, I believe.


Arriving at Brooklyn Bowl in (where else) Broolkyn, NY - I was most pleased to finally meet and chat with Mog Music Network's own Abigail Gerow. It was a spirited conversation outside the venue (making sure names were on lists, and the three or four security checkpoints were all coordinated) its always great to finally meet someone you've had a messaging relationship with for a while. 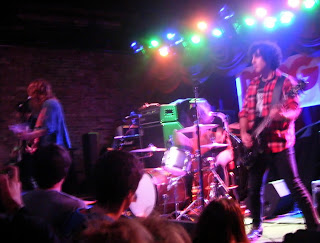 Slithering my way through the crowd, youthfully exuberant rockers - DOM were already on stage. 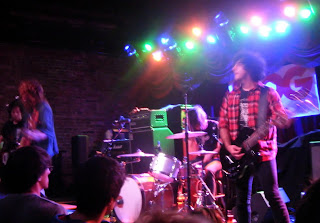 They put on an energetic and musically accomplished show. 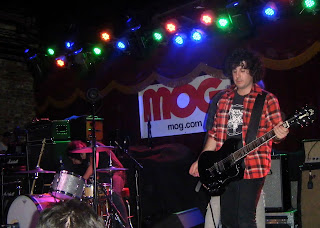 DOM throttled under the MOG banner. 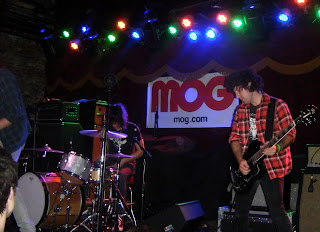 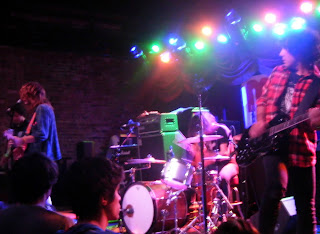 It really is "so sexy" (living in America)
http://www.youtube.com/watch?v=PdA2SAdSgc0 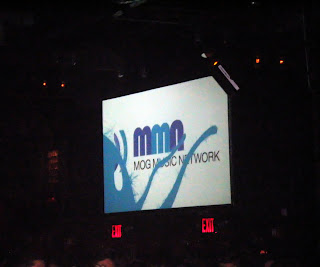 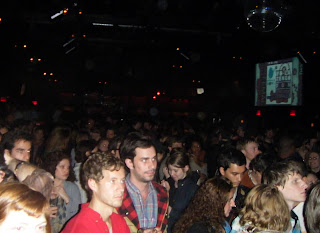 The teeming masses must have CMJ goodness.


Finally it was time for headliners Yo La Tengo 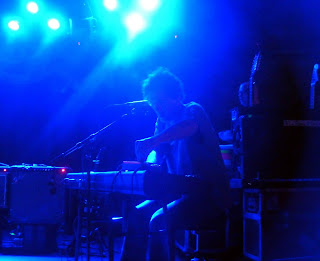 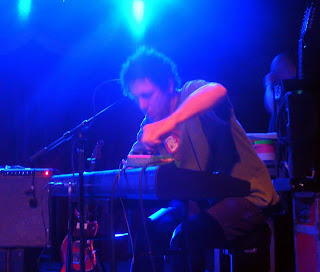 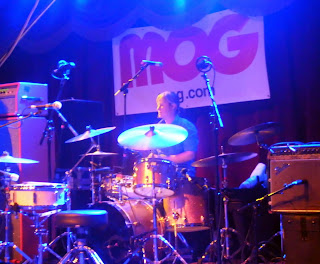 Georgia Hubley is an American percussionist and is one of the founding members of the alternative-rock band Yo La Tengo. (Well, that's what is says on her Wiki ;-) ) 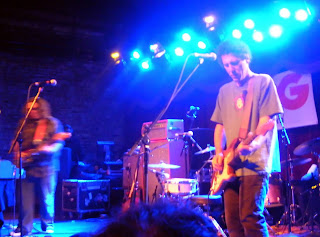 I have to borrow this line I recently read:
"the racket the three create when gathered in a single lump is inelegant, malformed and harmful to aesthetic health"Yeah - that good.

I hope to be adding (my own) actual proof of this here, soon.
Stay tuned.
Posted by DaveCromwell at 9:09 AM

Why thank you, Ms Anouk.

As I know you are something of an accomplished photographer yourself, that is high praise indeed!

Hey, man! Fantastic blog! When I saw your comment, at first I thought it was my favorite author (John le Carré, real name David Cornwell) acknowledging my existence! Oh well, very cool of you to comment on my blog. I have a music blog, too, in case you didn't know: http://8-tracksfierce.blogspot.com

That's some great stuff. Like always, I love the fact that the photos you take, Dave, are not one of those "crystal clear kind of pictures taken by some annoying photographer crawling around the stage trying to capture drops of sweat on guitarist's forehead". It's rather a view from the audience and it gives a really accurate glimpse at the actual atmosphere (I believe). It's more natural.

Bring on some more!

Excellent, Scott. I will definitely check out your music blog as well. I could see we have more than a few things in common.

I appreciate your interesting thoughts on my photographs, eagle. I know exactly what you mean. I am frequently elbow-to-elbow with those "drops of sweat" photographers. I'd rather capture the feel of the music. Hopefully that is what I've done here.

Hey, was that really DeLancey's where the Telenovelas were performing? If so, have they changed the interior? I found the backdrop in the photo to be unrecognizable. But I like how you captured the performance artist for the blog. He would have had to break his pose in order to say, "No, wait, this performance isn't really my best! No photos, please!" Have fun with the marathon, Dave!

Yes, VSFD - that is The Delancey. But - upstairs. You are picturing the downstairs stage. Remember - this is CMJ - where multiple events are happening simultaneously on separate.

As for the performance artist - I'm always somewhat amazed when I see these people working on their craft like that in public.

It almost felt like I was rushing around with you! The combination of great pictures and just the right words gave me a sense of the energy and excitement even from a thousand miles away down here on the gulf coast. Thanks

Its a mere van ride from "down on the gulf coast" to NYC, my friend. As you know all too well. To quote Mr. Rollins - Get In The Van ;-)

great photo report, dave. like those things, easy to read :)
and i think you should write a separate thing about nyc metro performers. i heard that there are quiet good ones ;)

That's actually not a half-bad idea, Smork. I may eventually do that.

Good job Dave. I wish I'd been there.