Here in this humble corner of the internet universe affectionately known as DaveCromwellWrites, the year 2014 wraps up with this four band feature.   All made significant contributions by way of their inspired recordings and/or live shows.  It was my good fortune to catch the first three bands featured here live at one single show. 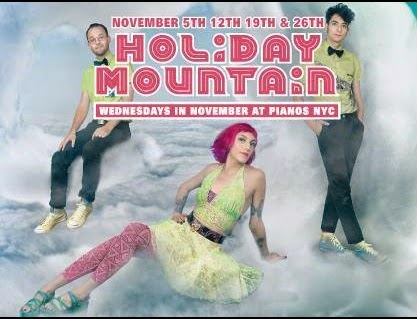 November 26 proved to be a worthwhile adventure, trekking out to Pianos for the final night of Holiday Mountain's residency there. 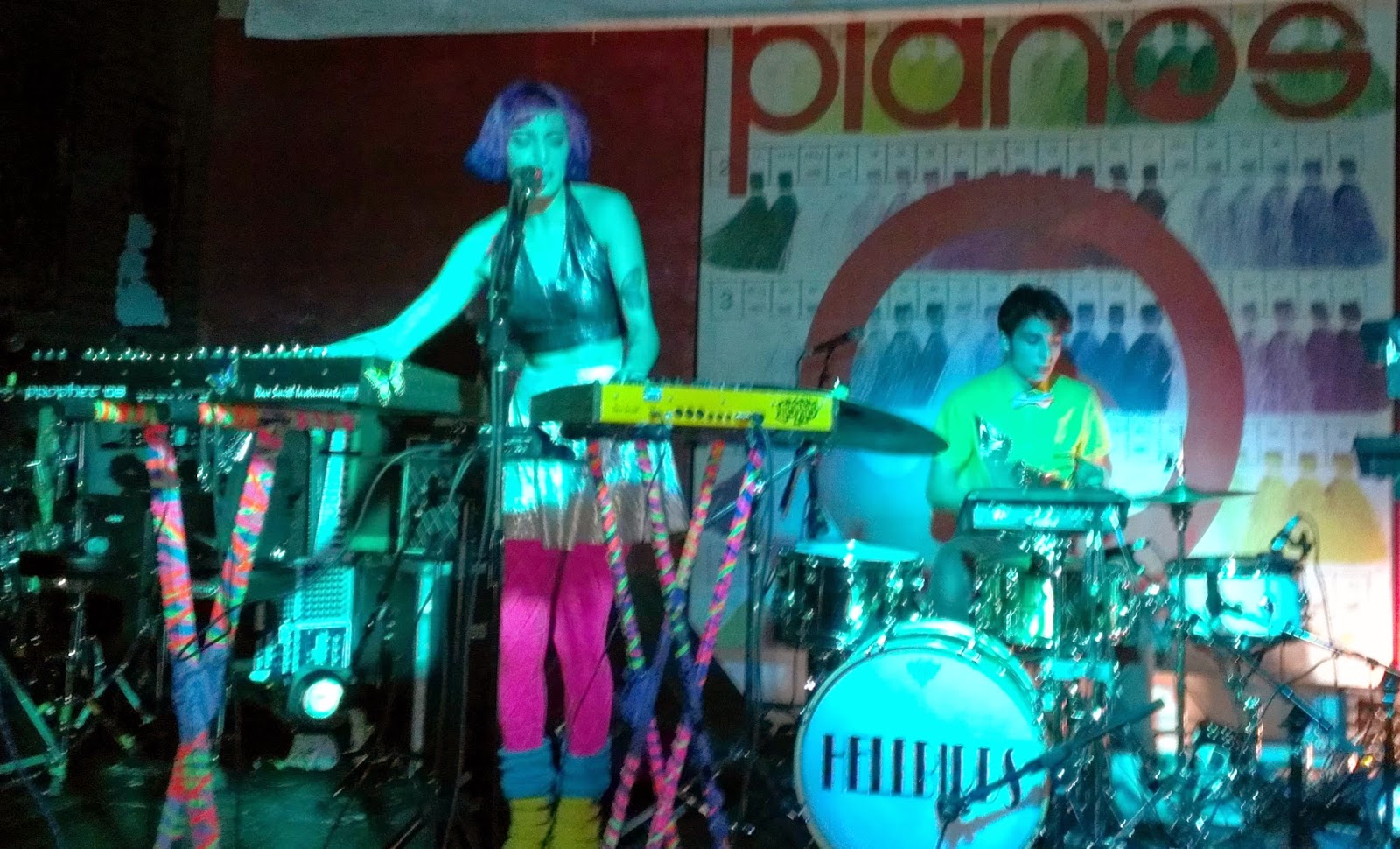 Having only a casual familiarity with their music, their high energy and quirky performance had all the right ingredients to create an instant fan. 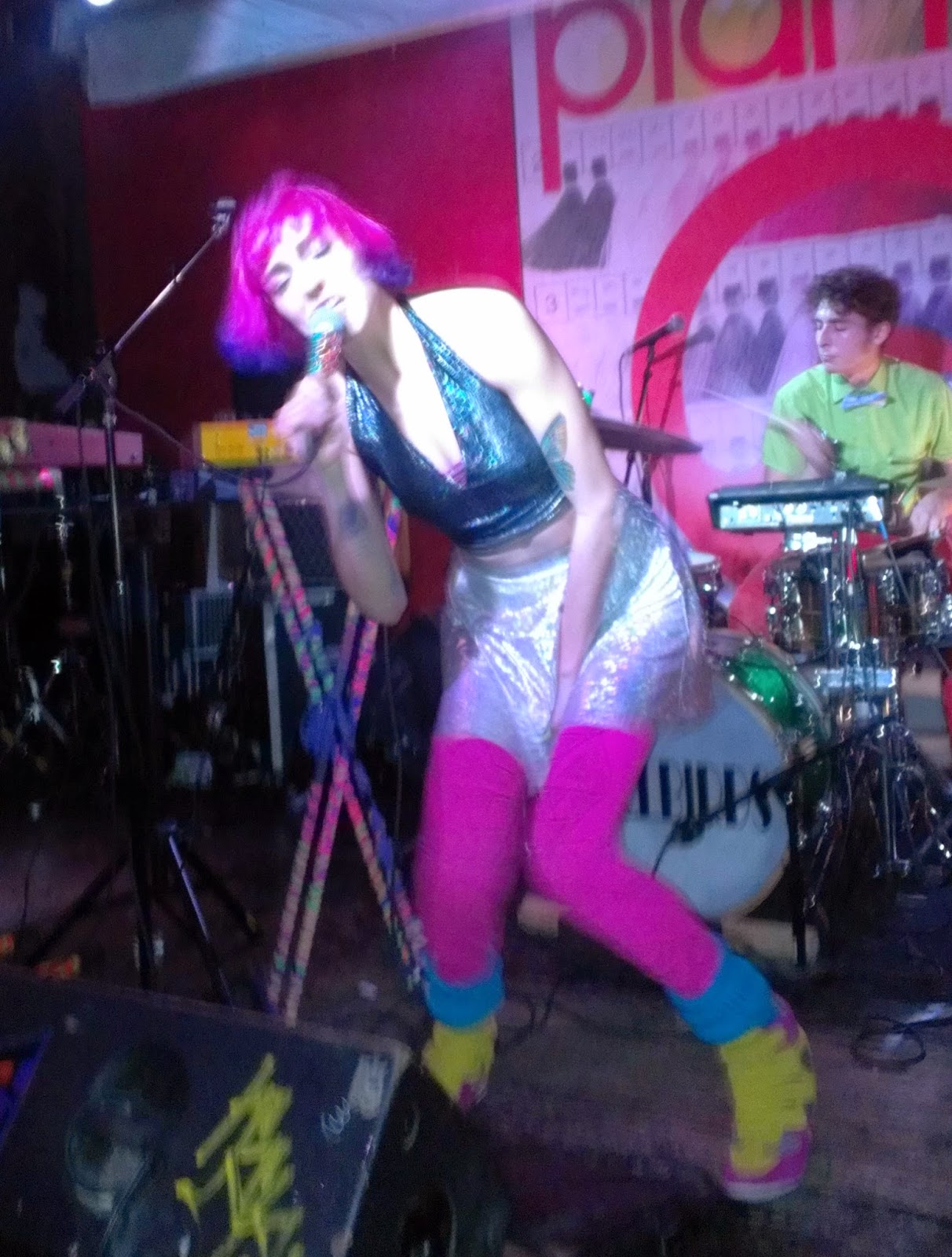 The central focus falls clearly on frontperson/vocalist/keyboardist and all around whirling dervish Laura Patino. 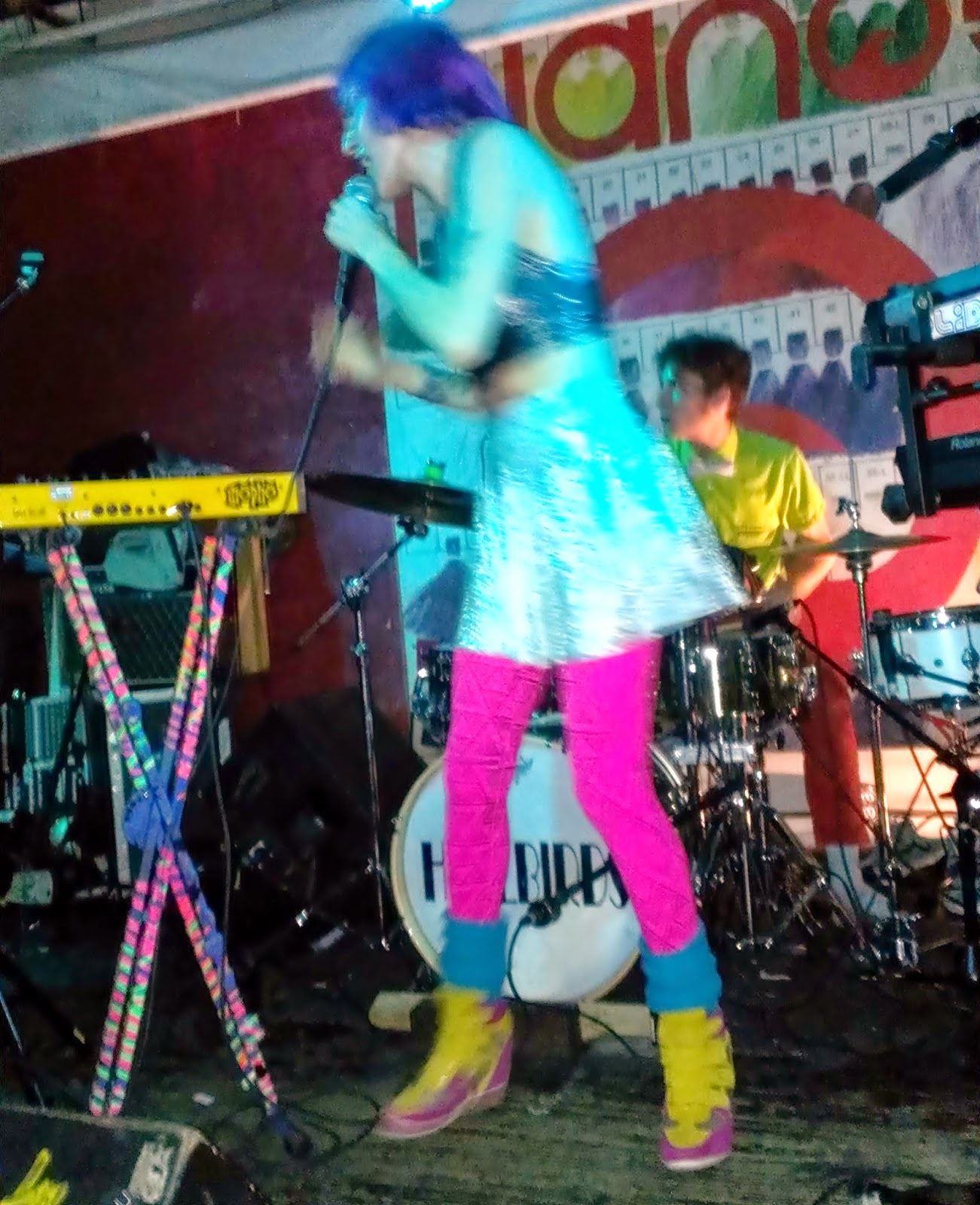 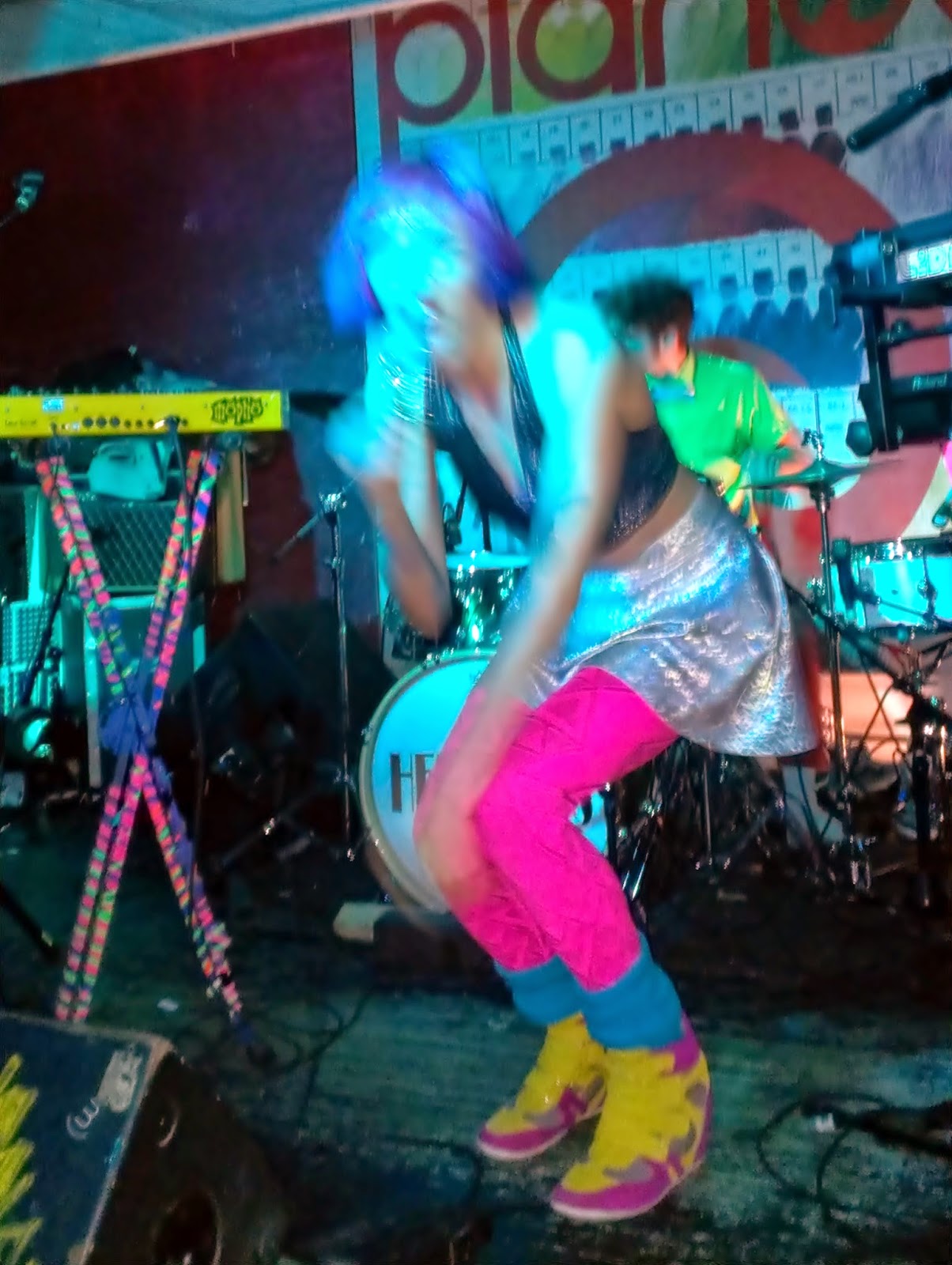 Along with their wildly entertaining live show, the band recently released a tripped-out hallucinogenic video for their song "Motion Sickness" off of their full-length album "You Be You."

Dubbed as the "first video that will make you trip for free," the lime-green dream gets you there without all the messiness of actually having to take any drugs. 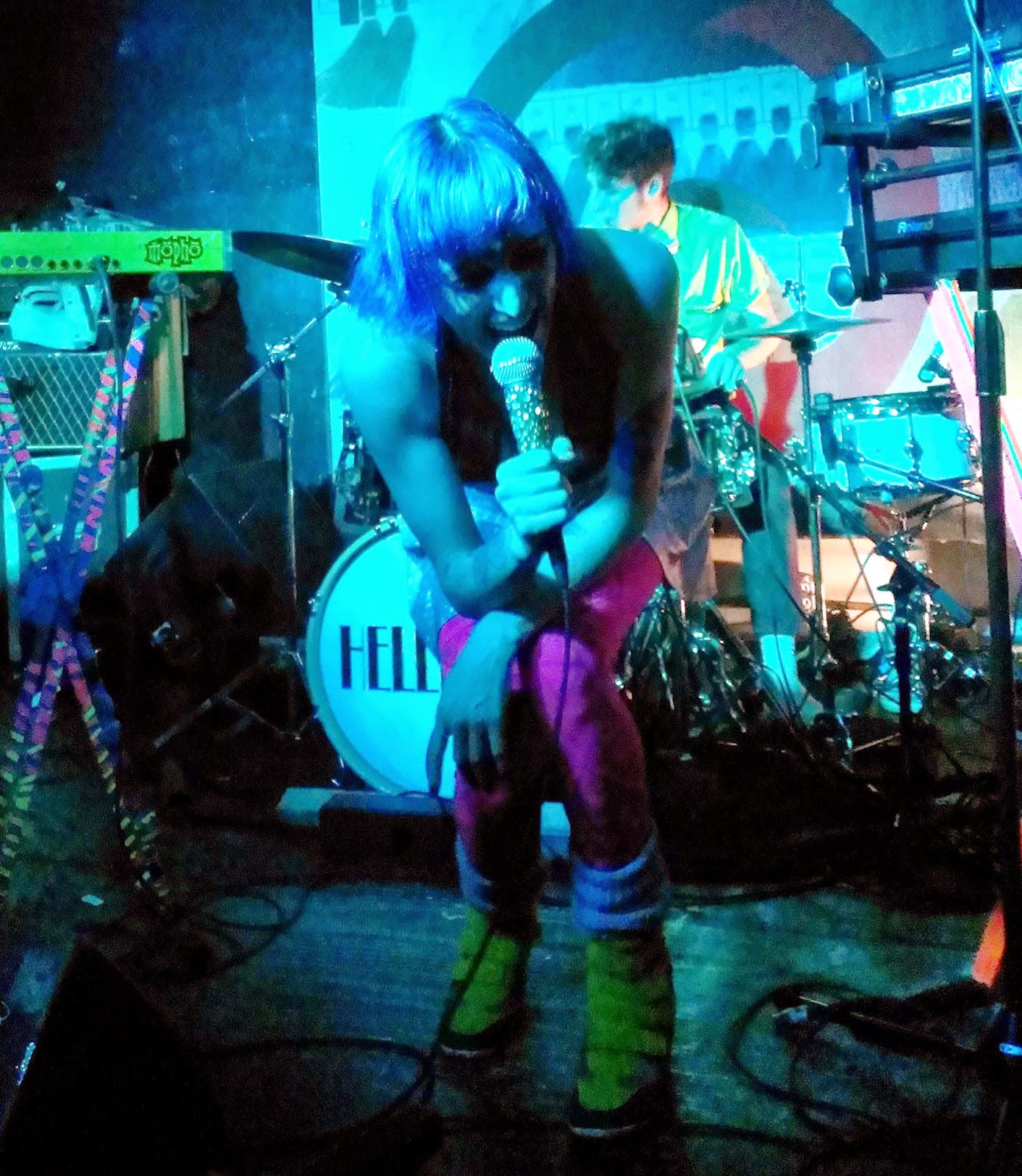 Laura explains the concept this way:  "The song is about being torn between desiring something because you authentically want it for yourself, or do you want it because the society around you has given you a reason to think that it means you've accomplished something?" This echoes the underlying theme of the band's album, "You Be You," which Patiño explains is about "Being proud of your weirdness." She continues, "I think lots of people probably feel weird in their own ways and we hope to create an environment that makes people feel a connection." 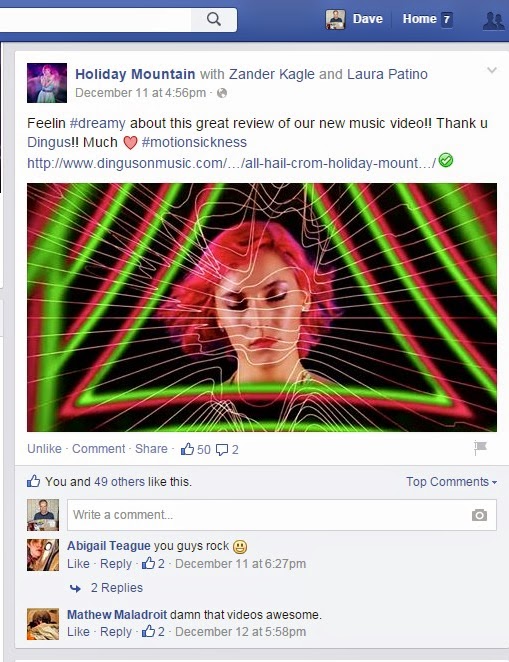 Having showcased the video earlier this month in an [ALL HAIL CROM] feature on Dingus, it's always satisfying to see a public acknowledgement of that.

Check out that Dingus feature here - and link to Holiday Mountain for additional info on where they will be appearing next.

Earlier that evening, the co-featured act Hellbirds took to the stage in front of an enthusiastic audience. 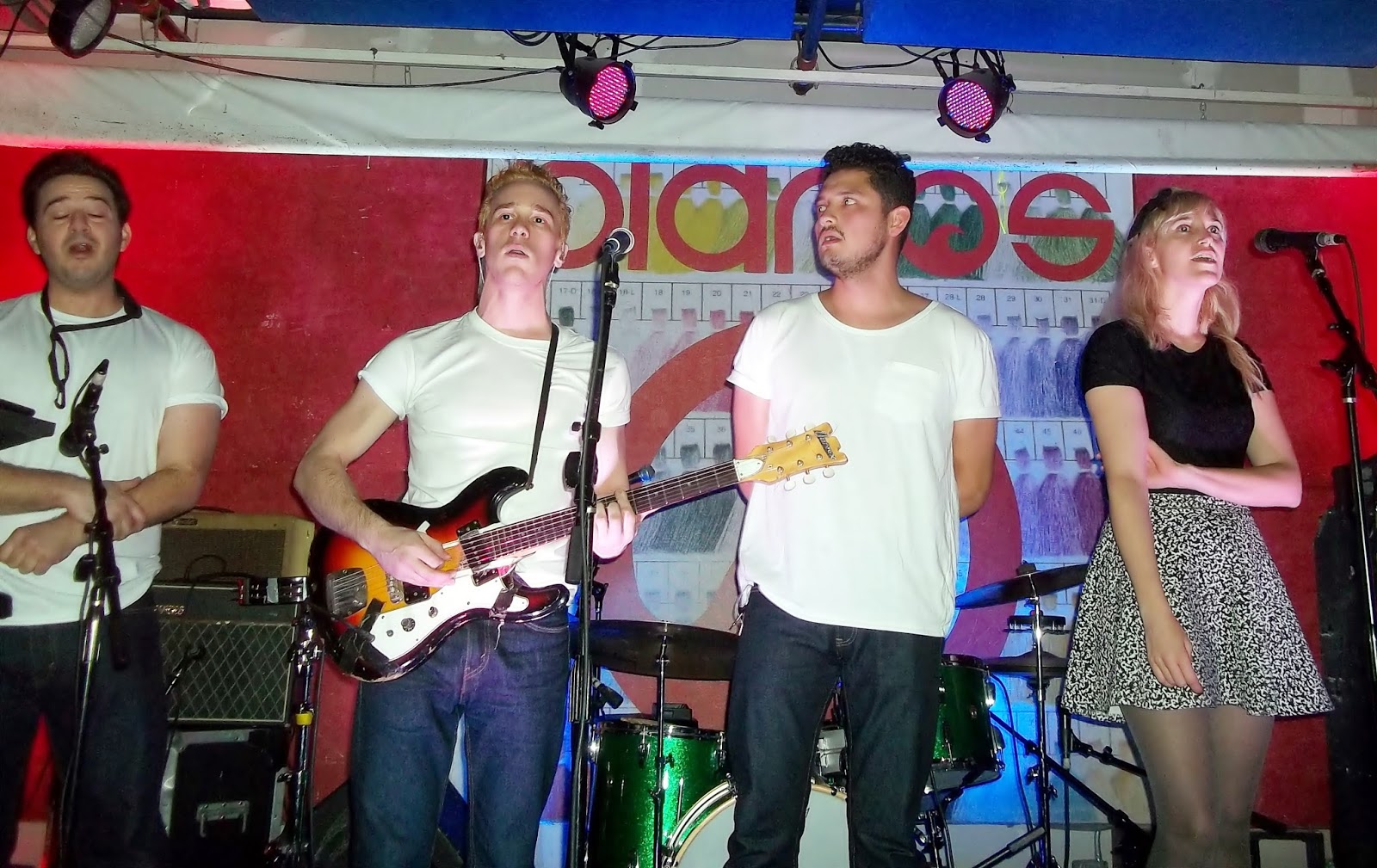 Standing out in front of their instruments, the members began the show with an acappella version of their opening song. 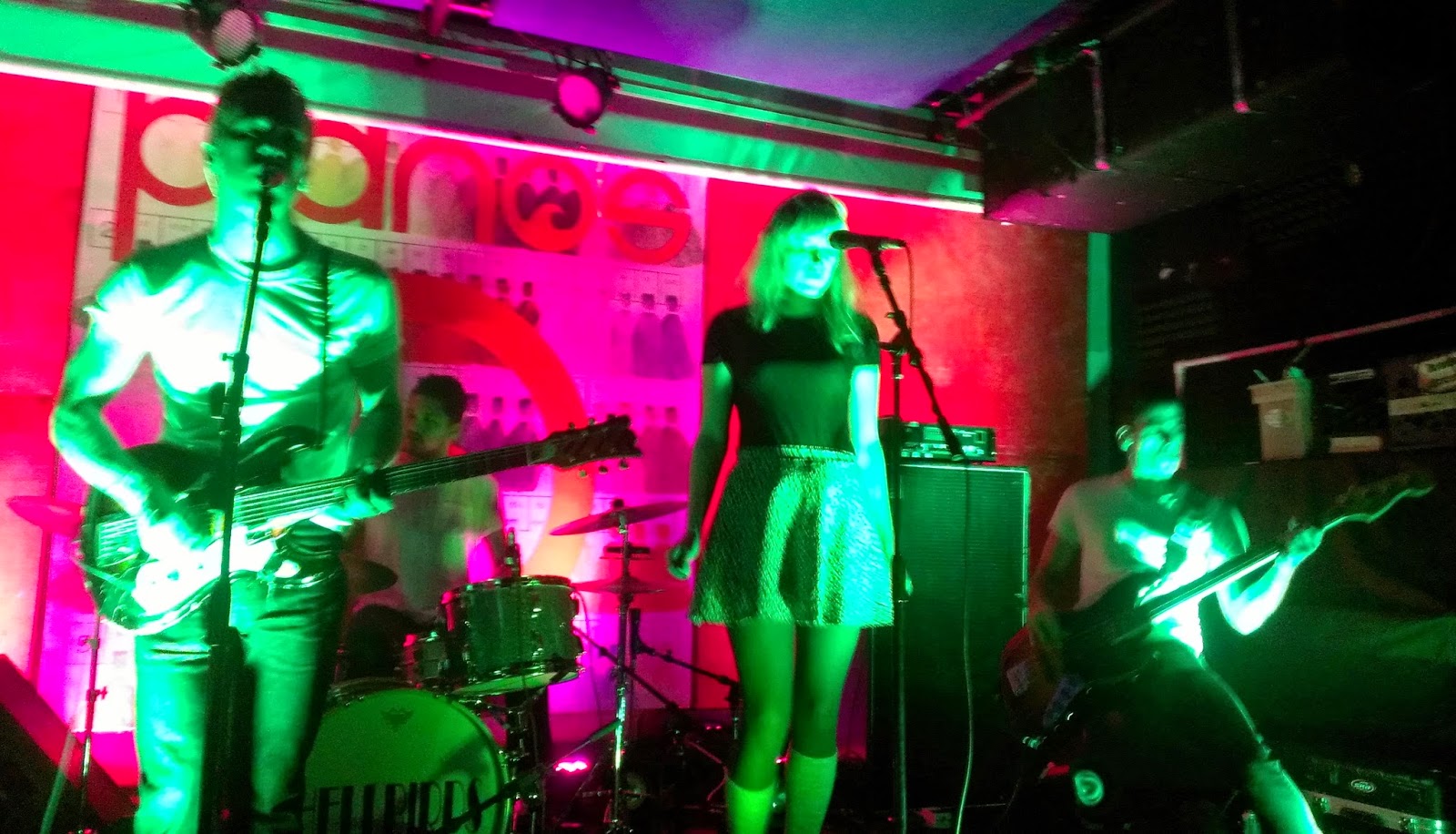 After that impressive vocal harmonization, the show kicked into gear with full instrumental accompaniment. 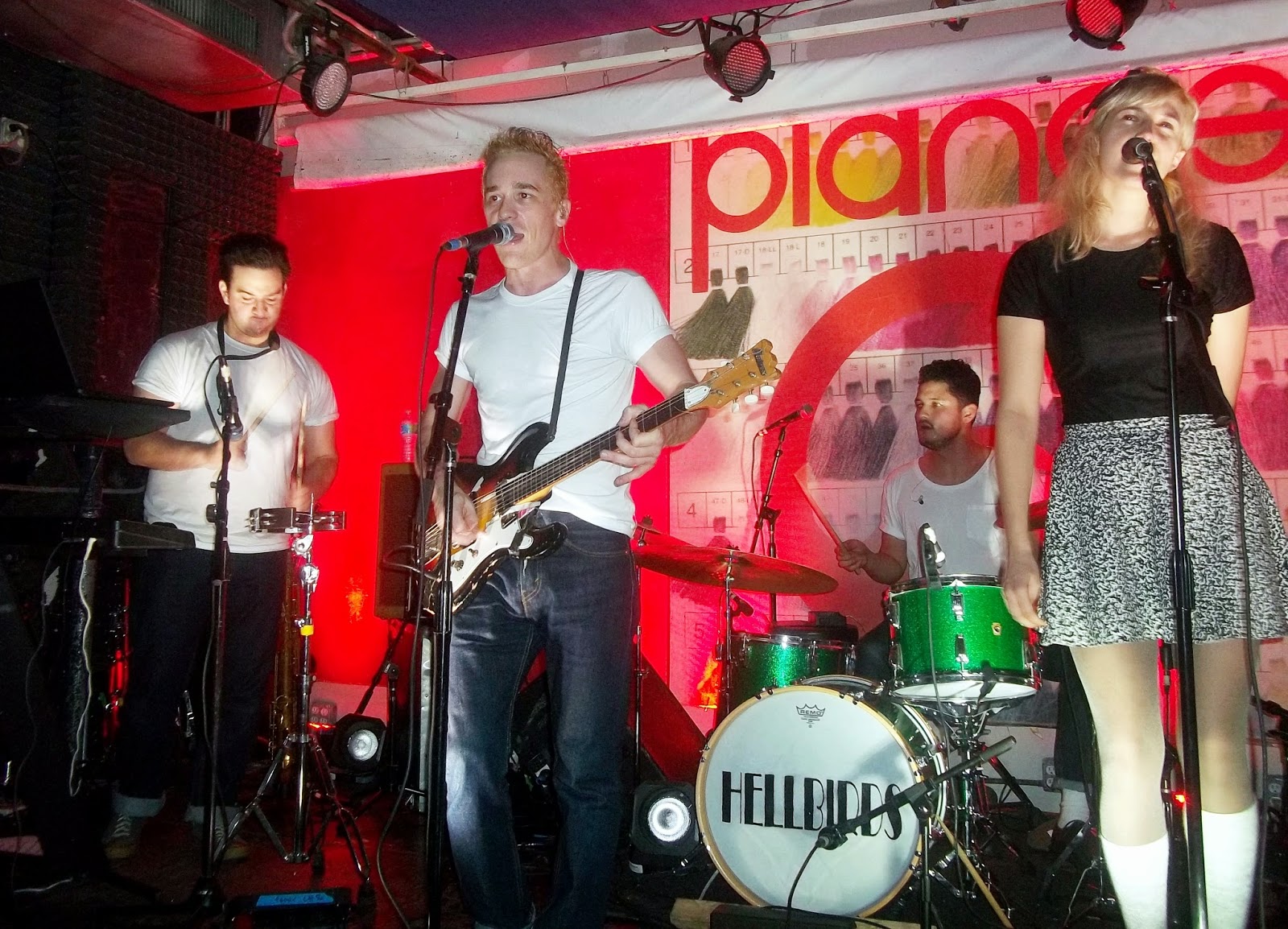 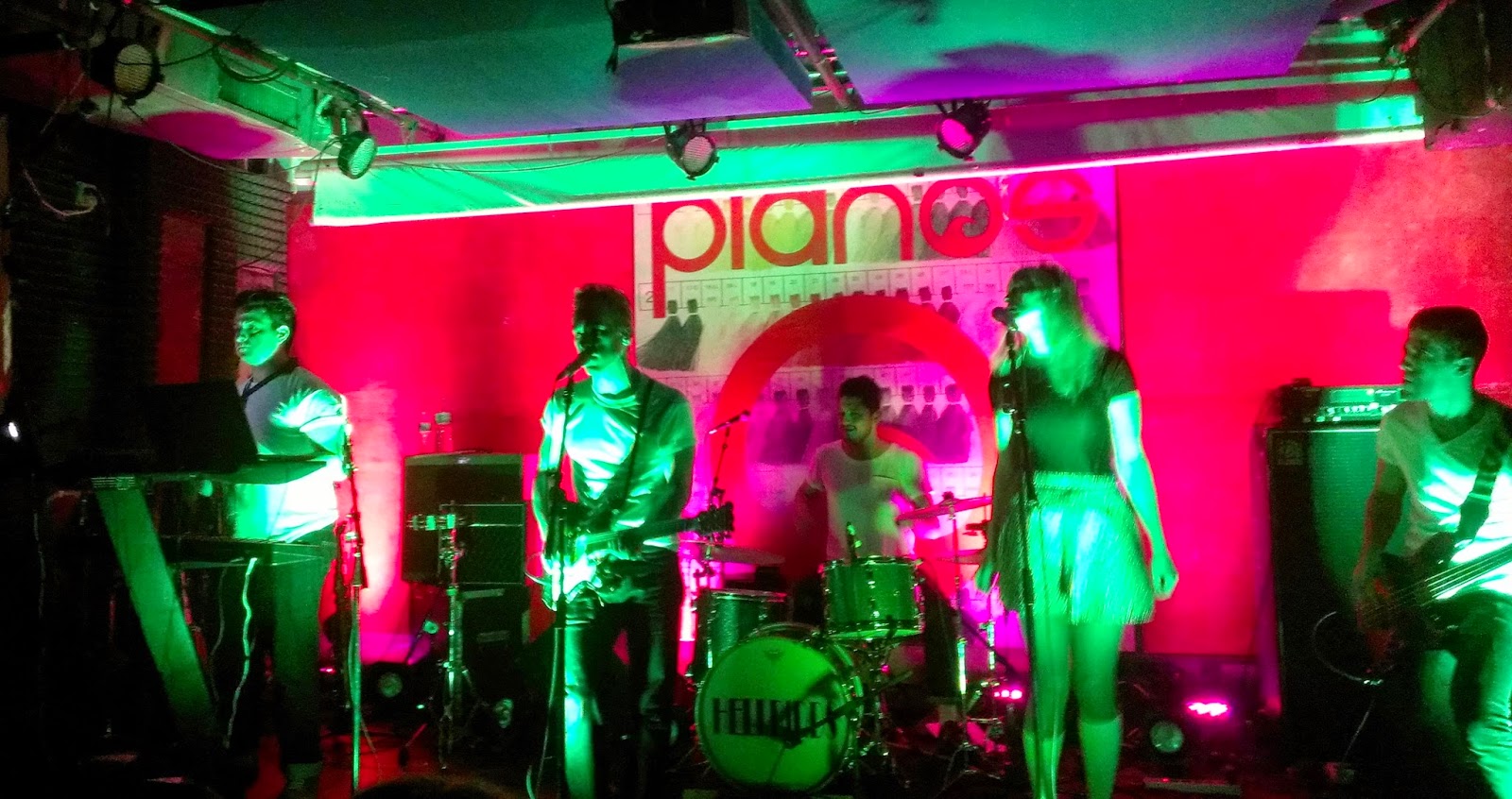 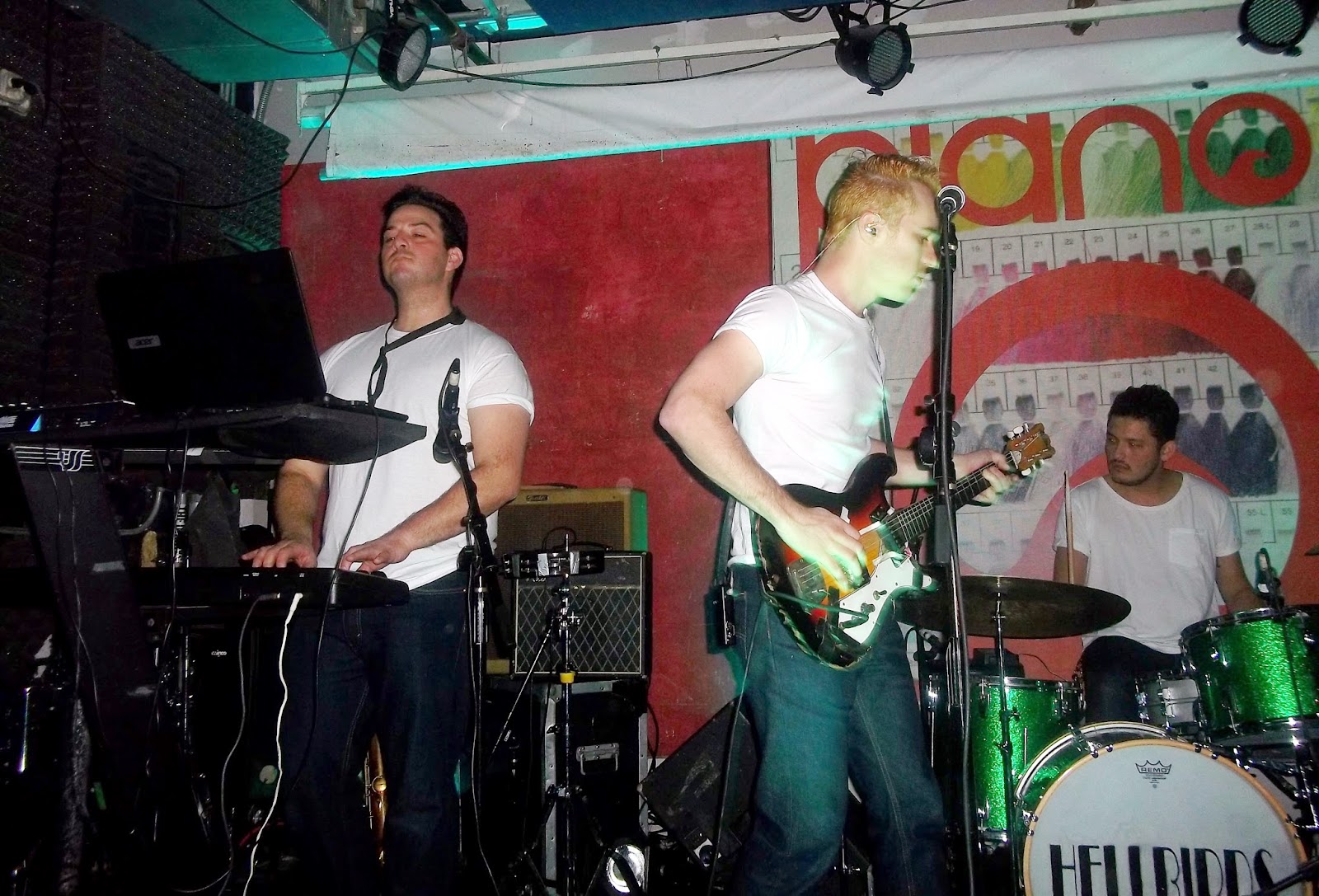 The band have concluded their updated recording of Phil Spector's A Christmas Gift For You, recently releasing one song a day from December 10th-23rd 2014. 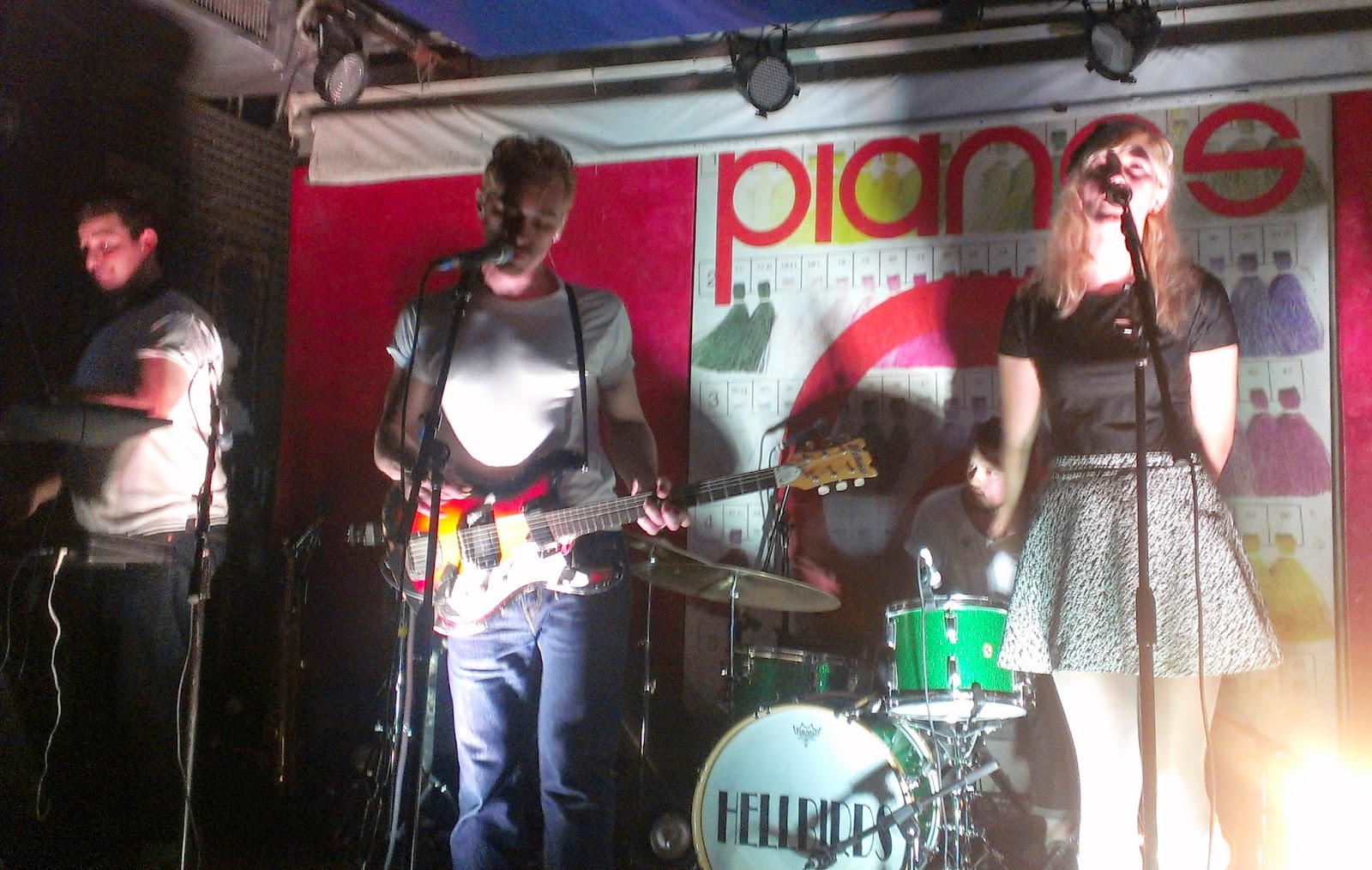 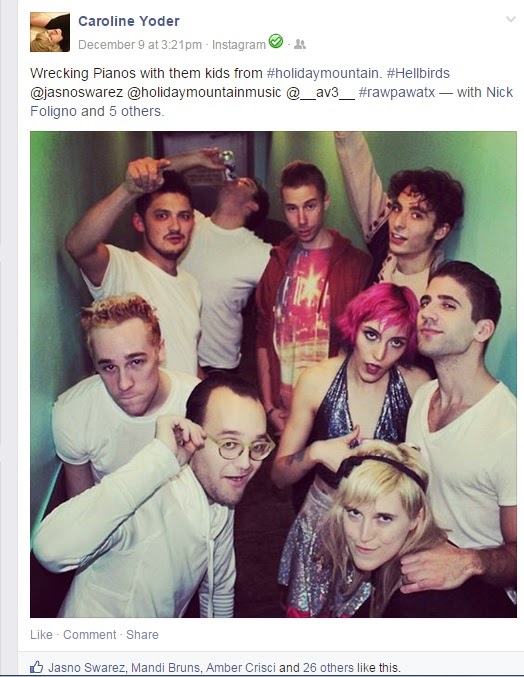 Hellbirds and Holiday Mountain gather for a collective snapshot. 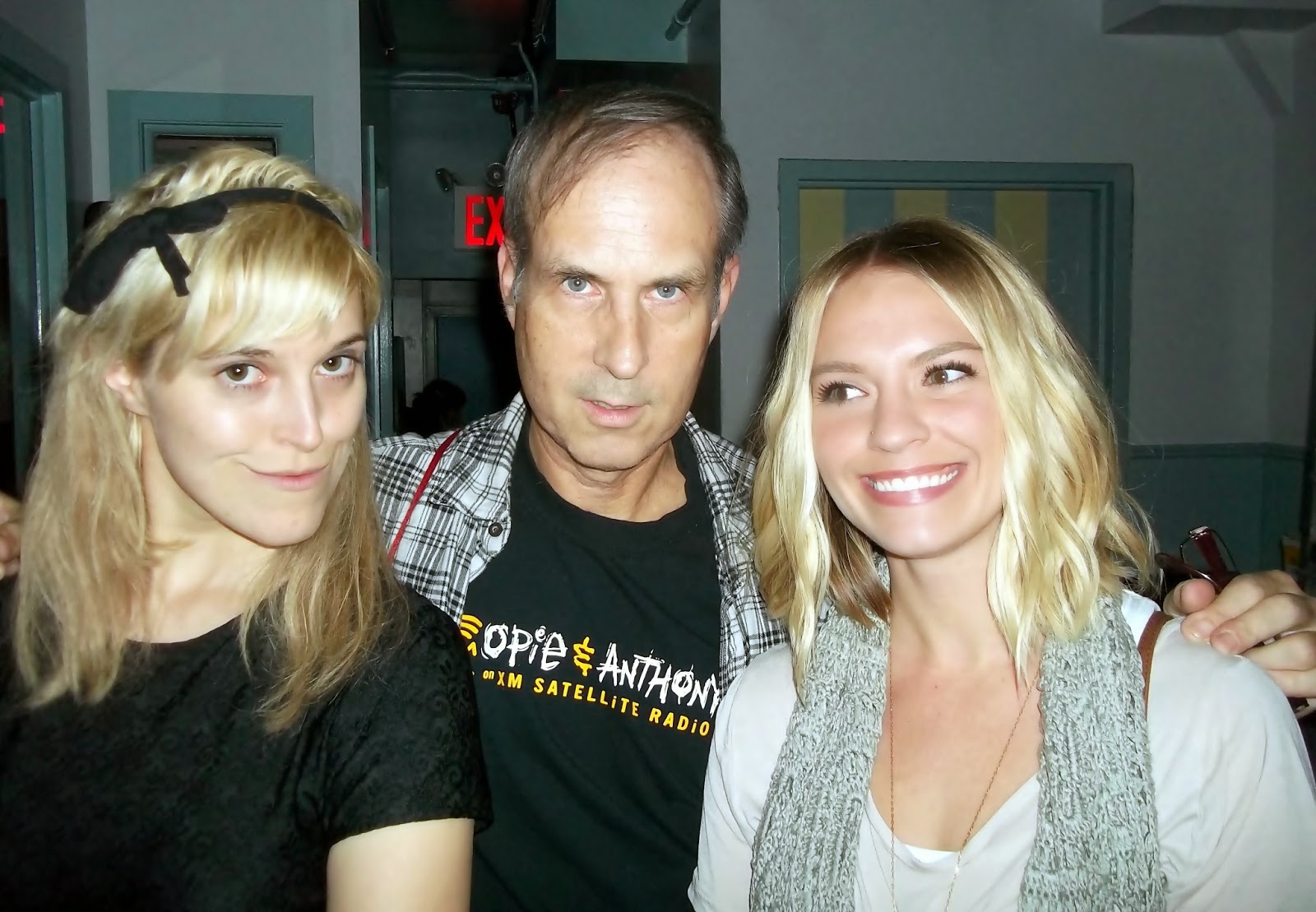 While I jump into the fray for some Hellbirds related moment-in-time capture as well.


Catch the band next at Pianos on January 15 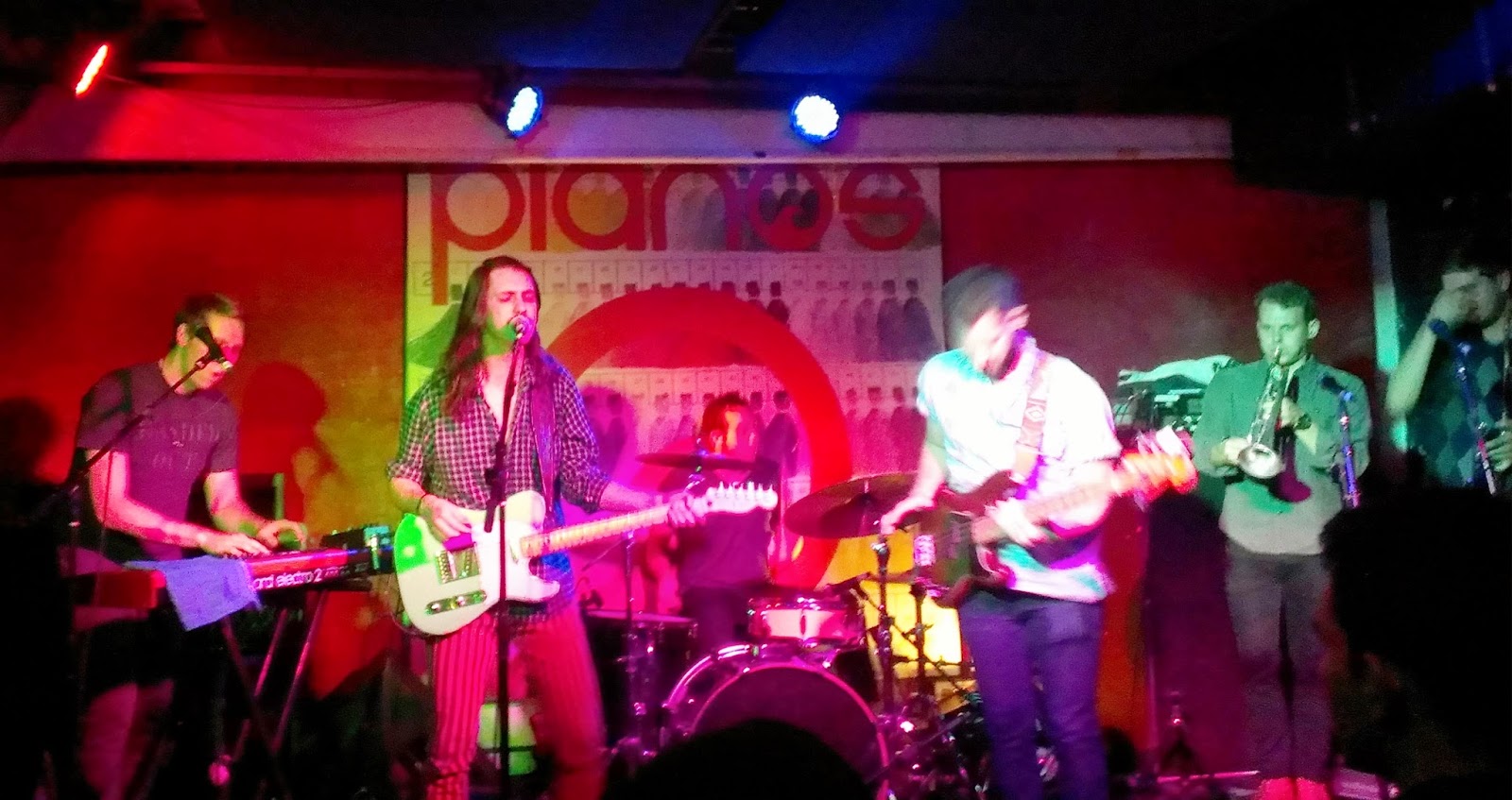 Fusing classic funk  with high-energy dance music, the inclusion of a brass section (sax, trumpet and trombone) gave it all a distinct New Orleans vibe. 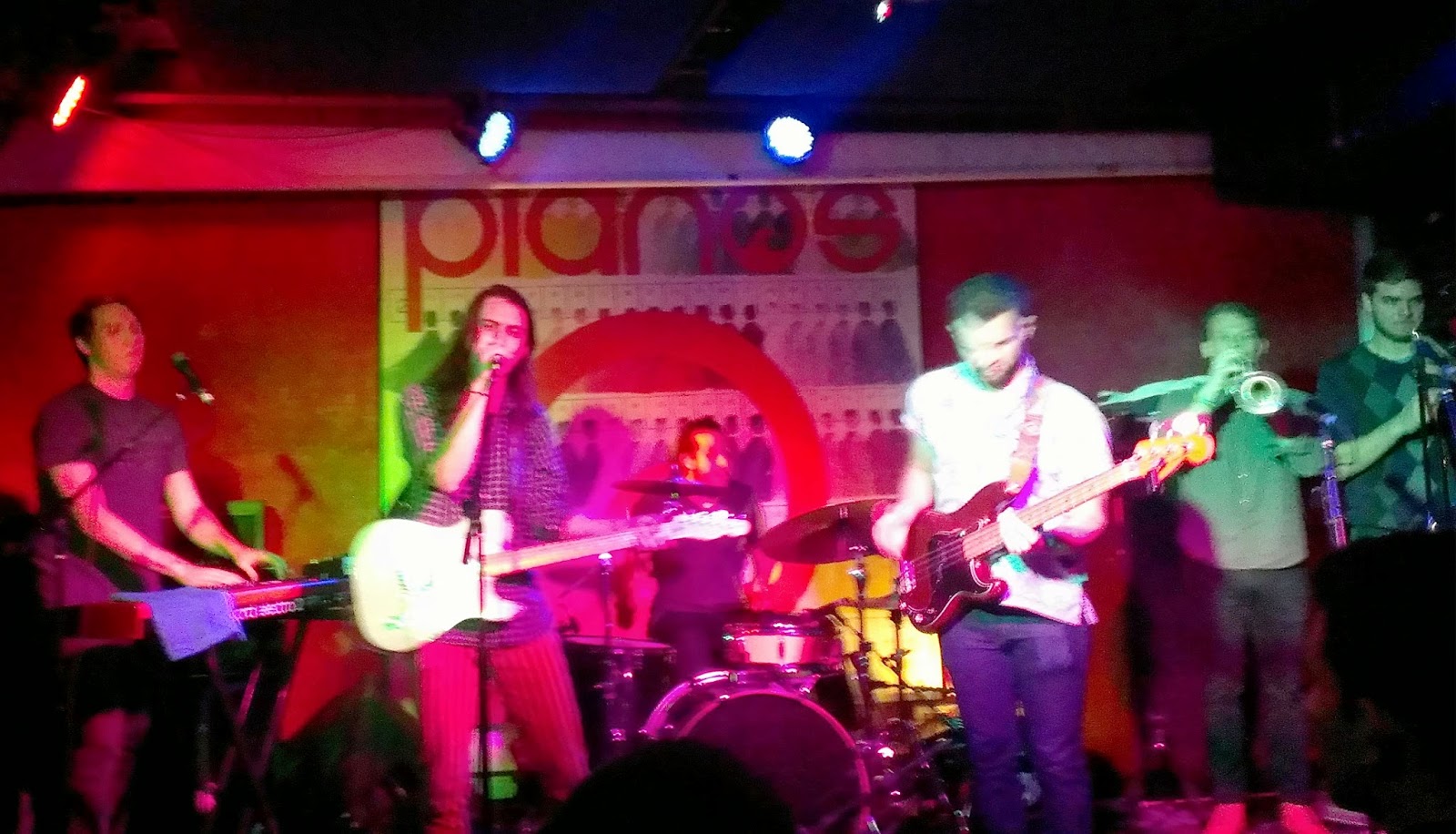 The whole set was upbeat and sweat-soaked.  The perfect close-out to a great night of live music.


* * * * *
Brooklyn blues-rockers Blue and Gold deliver an impressive first single in advance of their debut album with the track “In My Head.” Combining driving guitars with soulful, bluesy vocals, their sound appeals on a number of levels. 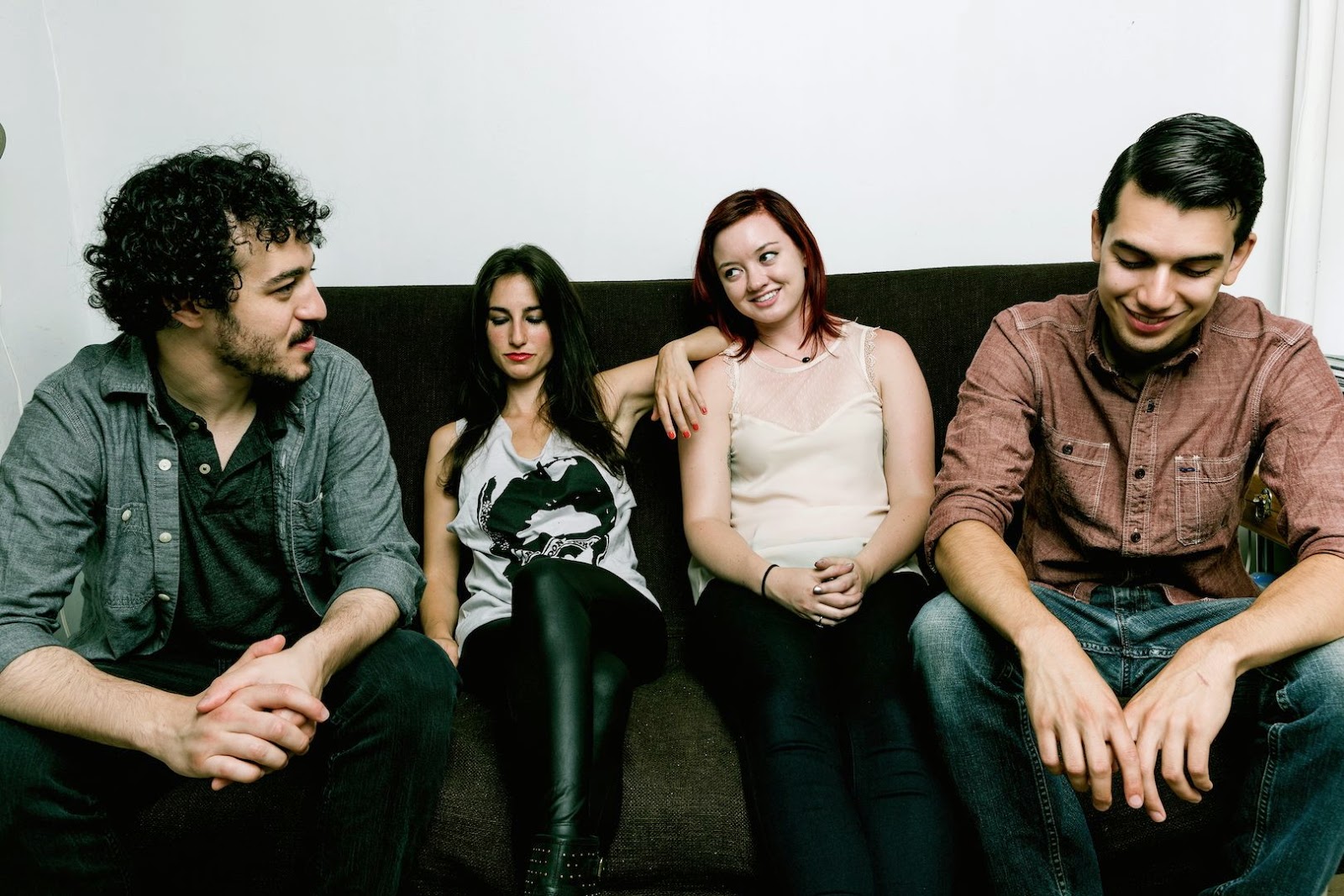 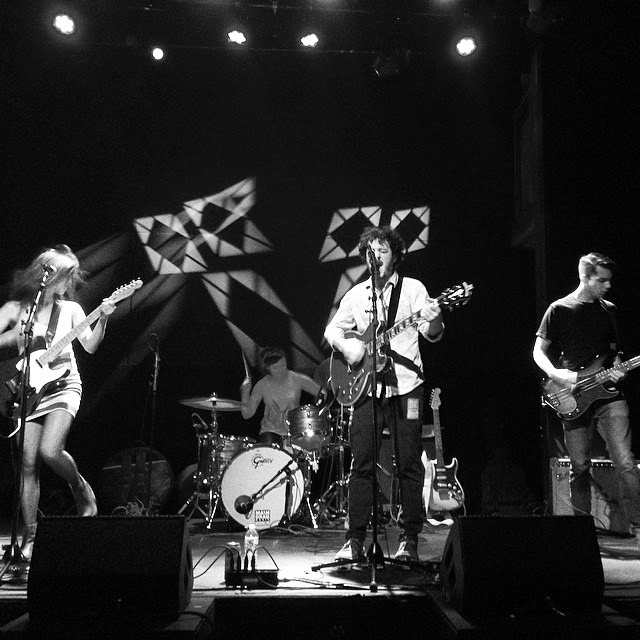 On the second chorus, girl/boy tandem vocals give way to alternating single lines. “Ain’t got no time” becomes the throw-down vocal hook statement, when “I want you” is followed by “why don’t you want me too?”

Dave Cromwell Writes about Blue and Gold on The Deli Magazine


Once again, nice to see the band acknowledging it. 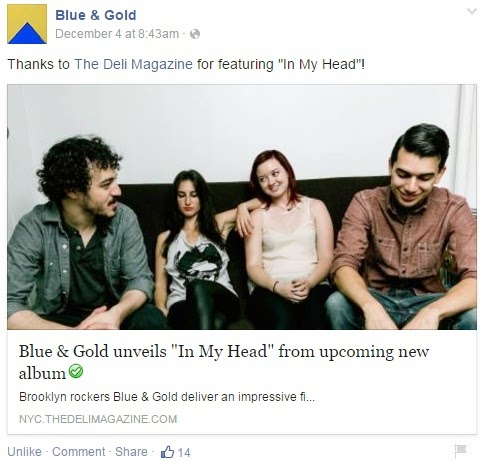 Celebrate the release of their album with them when they perform live at Mercury Lounge on January 10.

awesome feature! i'm loving that Holiday Mountain track. kind of reminds me of a Siouxsie Sioux rhythm, while the vocals are a bit Karen O. as for Hellbirds, i totally love their sound! can't wait to see them live sometime.

And Hellbirds totally rule, so you will surely be in for a treat when you catch them live.

Great review Dave, I like the photos a lot. Happy new year!

You always have an eye for the visual, Anouk ;-) Happy New Year to you as well!

"I'm thinking the Hellbirds Bandcamp pages are intriguing. I'll be back to hear more. "Changes," "Baby It's You," and a couple of the Christmas tunes were pretty fab. Happy New Year, Croms!"

The Hell-birds - deliver the word, Steve-O. You best be gettin' down with that that rad crew. Happy Festivus to you as well good sir. I hope the "Airing of Grievances" wasn't too traumatizing this year. Honestly, I think you can take your pops now in the "Feats of Strength." ;-)

Holiday Mountain reminds me of Deee-Lite.

Hellbirds is a bit nostalgic sound but different from my taste.

Evolfo is very catchy! Ah, but this band's sound is also different from my taste. (Sorry!)

I think Blue & Gold is the best among these four bands
Sounds of Drum and Bass are pretty heavy though, quite cool x

Happy New Year to you as well, Ray!

Ah, interesting impressions of the four bands I present here. Glad to hear you picked up on the blues-rock stylings of Blue & Gold. I have to say they were a good surprise discovery for me this past year.

Another endorsement for the birds-from-down-below and there's never no harm havin' an arm-charm ;-)

You're welcome on the coverage, Holiday Mountain!

This gives me a good idea of the kind of show to expect-I gather Hellbirds' sound is a bit more pop than surf/psych with the acapella harmonies and such!

Jase is in a period of musical exploration and experimentation, so there's bound to be some interesting stuff on the horizon.

Yeah, Hellbirds draw from a broader range of influences than The Vandelles.

One of the benefits of developing another project is being able to try different things.

My pleasure, Blue and Gold. Love that blues based sound!

The video for Motion Sickness was trippy and all that but you know what a good optical illusion was: seeing Corey Feldman on the cover of Tiger Beat. Holiday Mountain seems a little too bland at this point in their musical vision. A couple well placed calls to Bootsy Collin’s agent might add some spark to their material though.
Although I really like their song “Kokomo” the Hellbirds have really fallen off since the 80s.
I do believe Matthew Gibbs is probably my 3rd favorite Bee Gee now. The Evolfo song “Wild Man” was fun and the video was cool as hell.
“Tommy Gun” has some really interesting swoon guitar work in it. I will look forward to more Blue and Gold

The detail in your points-of-reference (whether actual or imagined) are amusingly impressive Bug. ;-)

I'm sure the artists can appreciate you checking out their recorded music.

As do I with your attention to what I chose to present here in this blog.

May your freak flag continue to fly high.

In a perfect future I can see Holiday Mountain and Dave Fridmann hooking up at his studio upstate. Can you imagine what they could do together?
There are 2 of us listening and we really enjoyed the song in the video.
Btw I checked out the version of the Spector Xmas album while sitting here cozy by the fire. Fun stuff. You guys have it all in NY!!

Ah yes - I do recall your previous mentioning of Mercury Rev and the technically creative Mr. Fridmann, Midnite Rambler.

His production credits for other like-minded artists (with big names like The Flaming Lips and MGMT among them). In fact, here is a very cool Youtube video showing Dave working with MGMT on their breakthrough track "Electric Feel"

Dave loved the matter, as always in fact . You can pass all the important features of each band . You have a care and respect with each of you write , I admire it !!!

A delightful read, as usual. I look forward to your continued dispatches from the avant. Keep up the intrepid search.