The early 80’s infancy of analog sine-wave industrial synth pop is alive and well via Brooklyn’s The Harrow. 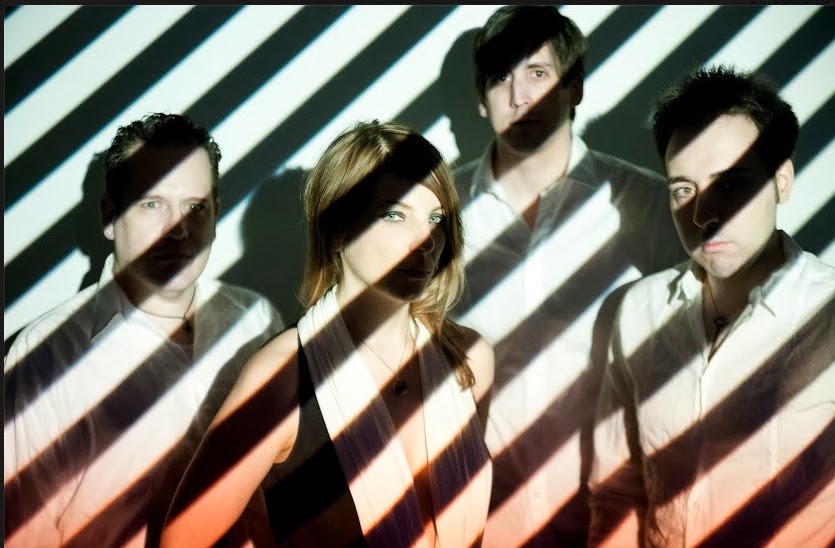 Vintage brass and flute pad textures soon give way to open note guitar chords on “To A Figure,” the opening track from their self-titled debut EP. Muted mechanized percussive thuds, reverberated snare cracks and long bass guitar pulls all point toward an affinity for the beginnings of a genre that gave us The Cure, Bauhaus and Ministry. Vocals are sung in a falsetto range and drenched in enough reverb to make Liz Fraser of the Cocteau Twins happy.

“The Fall” follows this approach even further, sounding like it could be an outtake from the Cocteau’s seminal debut album “Garlands.” “Milk and Honey” successfully combine the best elements of the aforementioned bands with a bit of Sisters Of Mercy thrown in for good measure. Its automated percussive pulse and driving bass guitar provide solid foundation for the ethereal vocals over top. While epic length track “The River” evokes a similar plaintive quality as The Cure’s “The Same Deep Water As You.”

Listen to more from The Harrow on their Bandcamp 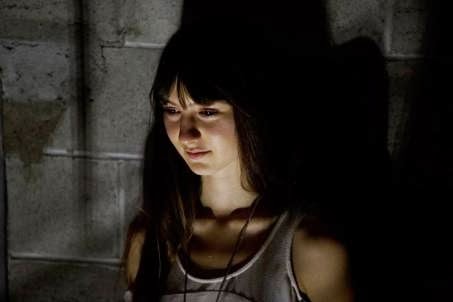 With a voice that echoes masters from the early 1960’s folk scene, Natalie's music has a soulful resonance that at times peaks in religious chanting. Traditional acoustic guitars are offset with distant rattle-chain percussion, echoed thumps and ethereal keyboards. She previously added her rare voice to notable works like Ariel Pink’s 2012 4AD release “Mature Themes,” (singing back up on the song “Early Birds of Babylon”), and she’s also accompanied the Haunted Graffiti live on tour.

Recently signed to the Mexican Summer label, Weyes Blood has a new record in the works for 2014 that promises a further evolution to her uncommon sound.

Weyes Blood on The Deli Mag by Dave Cromwell 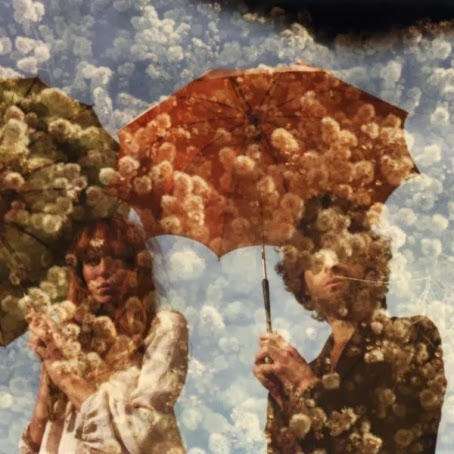 With three previous recordings already under their belt, their latest full-length “Hear Eye Go” was released this past fall on Reverberation Appreciation Society, the label imprint closely associated with Austin’s Psych Fest. “All Your Life” emphasizes a big vocal chorus countered with snake charmer descending guitar line verses. “Most My Time” successfully straddles the line between Iggy and The Stooges motor city blues and Jim Morrison’s early Doors output. The accompanying video weaves disquieting images of the duo alongside bizarre amusement park footage shot while on tour in Vienna last year.

The band has joined The Black Angels and Roky Erickson for a 20 plus date U.S. tour, pairing early psychedelic innovators with present day practitioners.

Golden Animals on The Deli Mag by Dave Cromwell 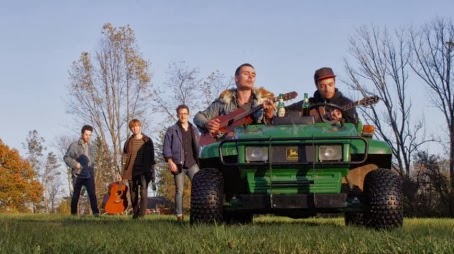 ﻿
“Do You Remember” places emphasis on lead vocals built on top of a rhythm that draws from 50’s do-wop. “The Mall” may still keep guitars out front, however its sing along pop anthem style reigns in previous psych leanings. “Envious” is built around a hand-clap percussion pattern and soaring harmonies that seems to draw inspiration from late 60’s/early 70’s hit radio. “All The Lights” employs dramatic stops and starts, ultimately moving from slow ballad intro to a quicker paced croonercore arrangement.

Fort Lean + Sacco on The Deli Mag by Dave Cromwell 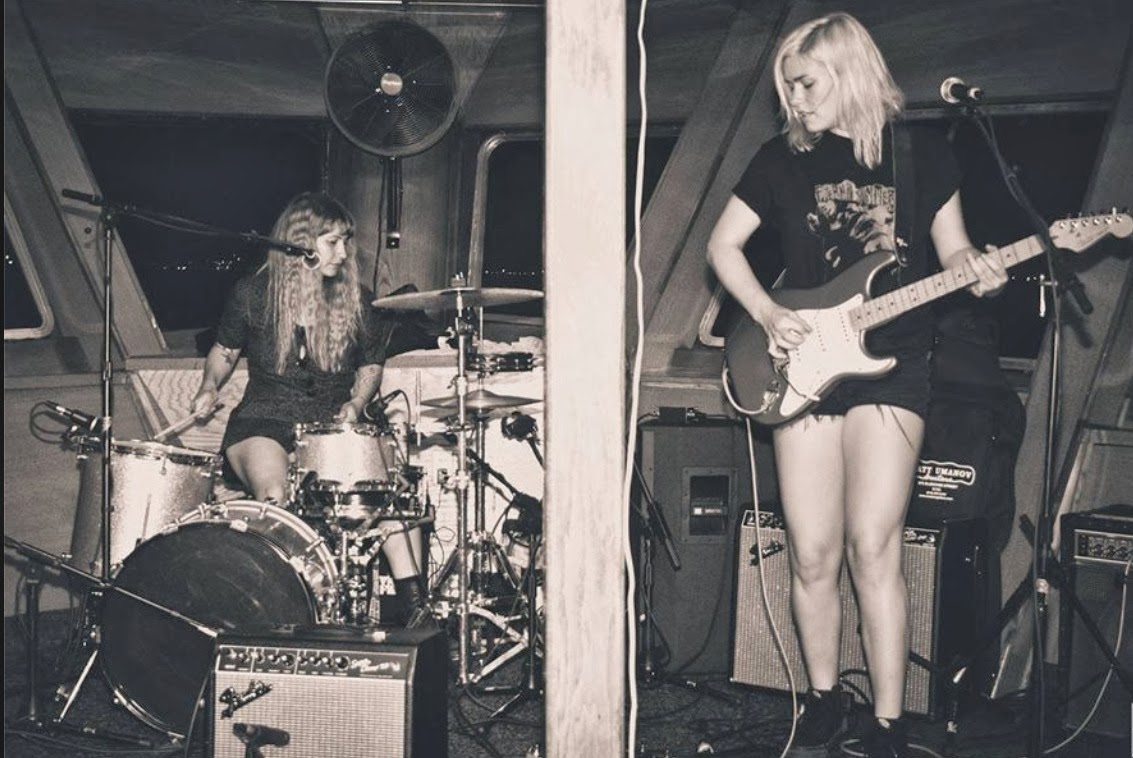 A fuller version of the song will be included on their debut full length to be released this summer. Until then you can get this track on Kanine Records upcoming compilation “Not Violent Femmes,” which features 11 tracks from their roster of female fronted bands. To be released on Record Store Day, the comp will come on pink vinyl in a limited to 1,000 copy edition.

Beverly on The Deli Mag by Dave Cromwell

Indonesian born Melati Malay and Australian national Isaac Emmanuel have traveled the globe in search of musical inspiration, ending up in New York City as their home base. The sound they make together as Young Magic features ornate percussion and ethereal atmospheres. 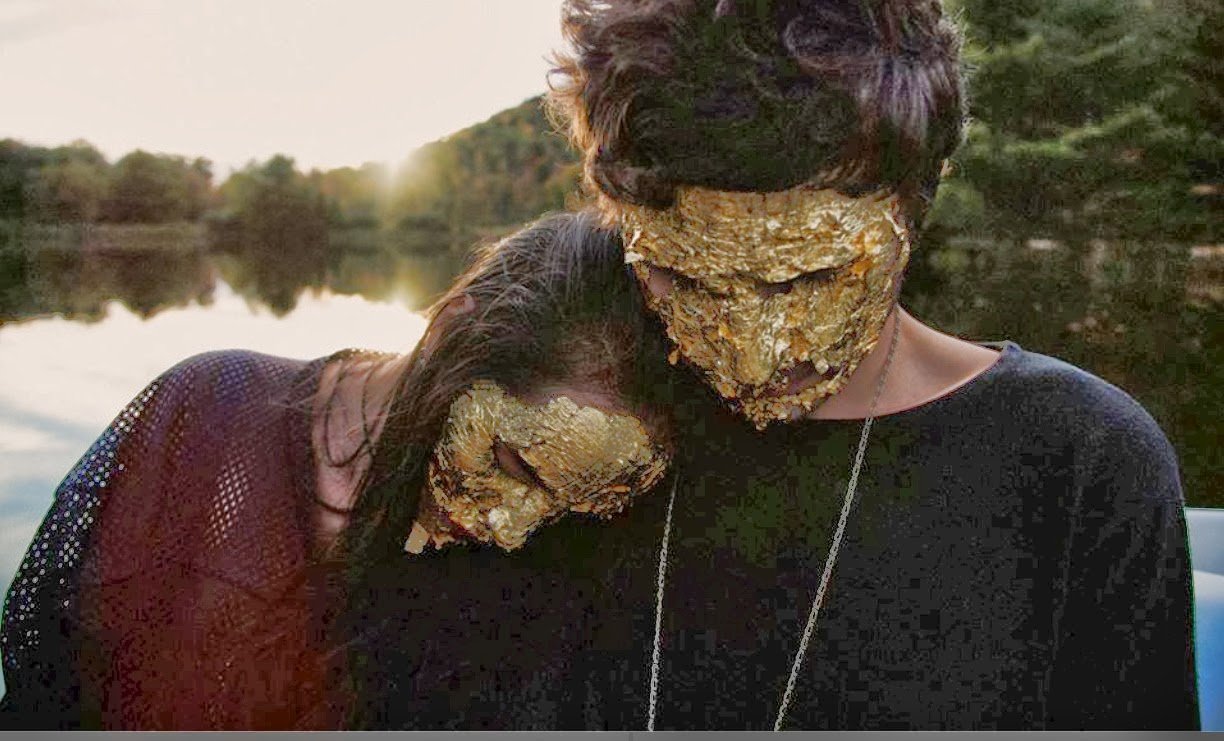 Their debut album “Melt” (featured in Deli Issue #32 by Dave Cromwell) incorporated gentle interlocking guitars, celestial vocals, jingling percussion and drone elements. They now return with their sophomore release “Breathing Statues,” scheduled for release May 6th on Carpark Records. Debut single “Fall In” is built around an angular repeating bass pattern, as Melati’s angelic vocals float over Issac’s loose, shuffling percussion. Spacious synth textures and other mysterious studio effects contribute to a dreamlike sense of timelessness. Occasional words can be made out, but similar to genre pioneers The Cocteau Twins, the mood and feeling conveyed takes precedence over literal storytelling.


The band will play Festival NRMAL this March in Monterrey, Mexico, as well as select showcases at Austin's SXSW between March 11th and 16th.

Yeah, there's 7 bands covered here this time. A compilation of many features done for The Deli Magazine over the last few weeks. Worth giving them all a listen!

Am enjoying this overview of seven new bands to check out. well, they are new to me. so far loving the harrow and beverly for starters. i remember that previous feature on young magic, so excited to hear a new song from them!

Yeah, I was pleased to discover that Young Magic was back with a new song and album on the way. I have to say I was quite impressed with their live show presentation at CMJ a few years back. The new track sounds great. Looking forward to the whole album, and in fact all the long players from each band featured here.

Steve Goodman writes about Young Magic:
It's a stellar paragraph, punctuated by the LOL moment @ "Occasional words can be made out..." Breathing Statues is a good name.

Glad I could amuse you with that, Steve. You and I have had this conversation many times over the years. About the merits of that kind of songwriting + recording.

Dave I hear people bitching all the time that there's no good music being made today & if you listen to mainstream radio i can see how one could be left with that impression. Your blog is the one stop place on the web to prove them wrong & let the bitching come to an end. There's a lot to take in here but I'm liking the sounds and will have a second listen to all of it.

Great to hear you say that, Rambler. You just have to do a little digging to find the new and interesting music. We all know what the boring stuff is - it's constantly being promoted. But there is a whole world of emerging musicians out there - trying to break out of that mold.

Peter Skibinski writes: the Fall by The Harrow sounds great. just like Polish rock from the 80's. rock was softer in Poland in the 80's. now listening to Weyes Blood. it's calmer than The Harrow. I like both of these.

Great to hear you are enjoying The Harrow and Weyes Blood tracks, Peter. I don't doubt that Poland was under the same influences that the US was in the 80's - the original dreamrock sounding coming out of the UK. The Cure and Cocteau Twins were massively influential then - as they are once again today.

I'm sure those bands will appreciate discovering you like their songs, Paty. I'm happy to help people hear them.

checked all of them.

could comment about them all, though that would be entire blog entry. :)

glad there are still bands that goes easy on the eye. :)

though i'll express my admiration shortly on few of above.

they all sound different. though "weyes blood" reminded slightly of "simon and garfunkel" by singing manner. :)

"beverly..." also had good associations with "manhatan love suicides" missed that kind of music lately. guess that's why they got my attention.

last, but not least - "fort lean" and "saco". they might sound similar. :P though "fort lean" with their stronger vocals and rich voice is closer to my ear.

all in all good job.

Always pleased to hear your specific thoughts on the bands I present here Mr. Smork. Good catch on the "Simon & Garfunkel" style of Weyes Blood. It's definitely a reference point. And yeah - Beverly does share similarities with Manhattan Love Suicides sound. It's a genre of dreampop rooted in the early 1990's - and certainly one of my faves. Glad to hear you dig the Fort Lean and Sacco tracks too.

Steve Goodman adds:
There's a bright golden haze on The Harrow, or rather, it's more amber-ish? Anyway, I really like the band photo! Also, the Golden Animals song in the video has a good guitar riff.