As we find ourselves looking to take advantage of all that summer has to offer here in what is traditionally its steamy final month, five recent features written for The Deli Magazine are now presented for additional exposure. 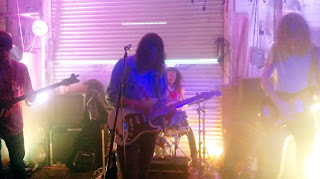 Though relatively new to the local psych-rock scene, Brooklyn’s Spires have already begun to garner some well-deserved attention. Their song “Candy Flip” (streaming below here) takes direct aim at the late 1980’s “Madchester” era, capturing that vibe and sound with impressive results. Much like the Gallagher brothers looked to The Beatles for a framework to expand on, Spires takes The Stone Roses lead and builds their own playground out of it. “Comic Book” keeps the Manc-style vibe intact, pushing things forward with bigger production values like handclaps, big chorus ambiance and a solid percussive base. Sweet pop background vocals make this track perfect for the next coming-of-age film or tv soundtrack.


Spires on The Deli by Dave Cromwell 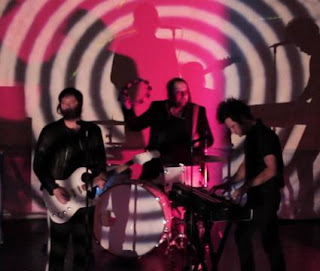 There is a transcendent quality to Brooklyn based Heaven’s latest single “Telepathic Love” - title-track of the psych rock trio's latest album. What sounds like a toy piano serves as the dominant “gotcha” hook, but there is so much more going on. Matt Sumrow’s soft yet sandpapery vocals immediately grab your attention, weaving imagery about having seen “the ugly and the beautiful,” and simply trying to “figure it all out.” Ryan Lee Dunlap adds seamless tandem vocals evoking the 1960’s era style of The Everly Brothers as well as more recent artists like The Raveonettes. There’s a powerful backbeat running throughout, courtesy of master sticksman Mikey Jones, which deftly rides under the more-sophisticated-than-you-initially-think chord progression. “There’s a bridge down telepathic love - the only way to show you” becomes the ultimate resolution of faith and wonder.

Heaven on The Deli by Dave Cromwell 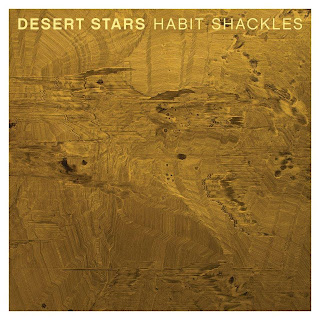 The recent debut album release “Habit Shackles” by Brooklyn’s Desert Stars presents a fresh approach to the ever-expanding psych-rock genre. Years in the making, an unsettling emotional beauty runs throughout the twelve fully realized tracks. “One Good Ear” rides along shuffling snare drum propulsion paired with an undistorted guitar progression before exploding into full band mode. While the lead vocals remain clearly focused here, background voices approximate angels floating in from the heavens above. “Normal Man” quickly evolves from a treated piano undercurrent to ominous guitar textures and cascading vocal layers. In addition to the brand new material, previously released tracks “Boys I Like” and “Past in the Trash” (both having videos made for them) are also featured on the album. The former emphasizes spacious percussive movement under static piano chords, ambient guitar and cathedral voices. While the latter drives on bass guitar, buzzing synths, handclap percussion and dream-pop vocal textures. An unanticipated harmonica solo adds a western flair.


Desert Stars on The Deli by Dave Cromwell 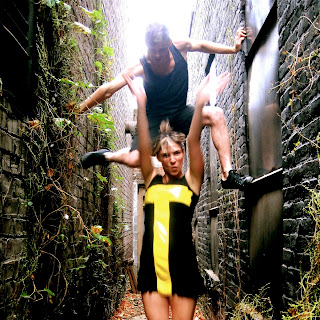 There is a distinctly appealing quirkiness to the mysteriously named TKTTSM (say “ticketism”) and their self-titled debut album. Meticulously produced tracks emphasize detailed vocal placement over any kind of blurred mix. The cadence and phrasing of singer Johanna Stahley is frequently found residing somewhere between Florence’s Machine and Gwen Stefani’s more angular moments with No Doubt. An off-kilter bar is immediately set with opening song “Calisthenics,” whose lyrics juxtapose recreational chemical consumption alongside the benefits of physical exercise. “Plastic Fantastic” (streaming below and offered as a free download via their Soundcloud) playfully updates the style Dale Bozzio pioneered with 80’s MTV darlings Missing Persons, merging rock instrumentation with a dance singer persona. The acoustic guitar driven “I Wanted To” quickly progresses into heart-tugging dreampop, while the lyrically dense “Edumication” bounces between stream of conscience streetwise rhymes. Deeper track “Porcupine” ambitiously blends elements that at times reflect bits of The Cure, Grimes and even Paramore, making a single genre classification more difficult.

TKTTSM on The Deli by Dave Cromwell 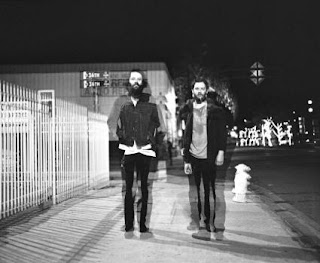 Brother acts have been a staple of rock music history since the very beginning of it all. From the Everlys to The Kinks' Davies through the JAMC’s Reids, The Black Crowes' Robinsons and Oasis’ Gallaghers, a rich tradition has continued throughout each new generation. Enter Andy and James Ralph and their wonderfully named band WRITER to the mix. Celebrating this alignment to the fullest, they’ve titled their debut album “Brotherface,” a lyrically observant, solidly rhythmic guitar rock record emphasizing superior songwriting.

The Digital Album can be purchased here

Leadoff track “Head to Toe” booms with percussive force and well placed buzz-bomb guitars, yet the space left open allows for emphasis to be placed on the voices and the story they tell. “Miss Mermaid” kicks the production value up a notch. The booming, live sounding drums are still there, but guitar layers are introduced and the voices are run through effects, creating an otherworldly sheen. There’s a Ska rhythm guitar progression alternating with a twangy western melody line. The under two minute “Swamp Fire Lake” pairs submerged vocal effects against a swampy delta blues, bringing to mind the rawness of The Kills first album. “Family Dinner” continues the loose tom tom and tambourine percussion motif, this time matched with guitars placing emphasis on the low end bass notes. “Barefoot Art” finds buzzy electronic keyboards pulsing like a telephone receiver left off the hook after the call has ended. Tambourine stands out as the primary percussive motion, providing ample space for the vocal storytelling. “Cash For Gold” pummels like The Velvet Underground through a Jesus and Mary Chain filter. The observatory lyrics “better find some gold and sell it quickly” underscores the instant money grab imagery we are bombarded with on a daily basis. “North Park Fairies” emphasizes clock ticking percussion (with the ever present tambourine) supporting further processed multi-layered vocals in a wide open spaciousness. Album closer “Dry Hands” serves as the big and bombastic finale. Heavily reverberated voices ride atop booming drums and hard plucked guitar notes. The mood is all vibe and texture. With “oh yeah, oh yeah” as the essential lyrical theme.

Here is a stream of the entire album:

The band also has made a wonderful visual stream for the entire album, which can be viewed here

Posted by DaveCromwell at 3:39 AM

I know - right? I mean - some of these toons are incredibly "groovy." Not in that "Groovy Kind of Love" way, of course. But in the dreampop, psych rock, ethereal vocal and overall golden age of rock & roll (the 90's of course) kind of way!

your latest blog post has psyched me out in the best possible way! I thought the bits of the writer album i heard were awesome - will def check out the whole thing soon - and heaven was another fav

As I know you to be a practitioner of the "battery slide" guitar (clearly as 'psych' as anyone can get), William - I had little doubt you would find the quality in these sounds here. By all means do revisit and investigate further.

your features are getting more massive (in the amount of artists featured). :)

so far from the description these bands looks like a cool to listen.

as i can't see (i got some technical issues i think ) any media on your blog - i'm oing to hit youtube to hear those bands. :)

Youtube is always a good option, Mr. Smork. Not sure why you may be having difficulty running those soundcloud streams, though. At present time they're pretty much the standard way of listening. I suppose from country to country there can be issues. Either way - you now know the names of these bands (the most important piece of info) - and read my descriptions. With that info in hand I trust you'll have an enjoyable listening experience.

Great review as always Dave. I like so much "Heaven" it's a cool song, "Boys I like" it's another nice one, the percussion is great. And closing the written as a grand finale "Hot days". :D

Love hearing which songs grabbed you the most, Paty. I'm sure the bands like discovering which tracks are connecting with people. I can't argue with your choices at all, as those tracks stood out for me as well.

These psych band especially Spires and Heaven really caught my ear. Surely I will be seeking out more to hear by them. I didn't really care for the helium vocals by TKTTSM though the guitars were nice. Dave you make finding cool new bands to listen to easy to find.

Maybe I shouldn't be posting comments when i'm exhausted...lol

No worries, Rambler. I enjoy reading your candor. Yeah, Spires and Heaven have both delivered some quality dreampop. As fellow Raveonettes fans, I know we both share an affinity for this sound. As for "helium vocals" - I see where you are coming from. That's where my "Grimes" reference came it. There are other tracks on that album, though. I mention those in the review as well. Give “I Wanted To” a listen sometime. I think you’ll really like it.

wow that's some really good jams! I enjoyed the sound of Heaven (that sounded cool lol) and Writer. Plus I must say pretty creative names for the bands

Nice to see more love for Heaven and WRITER. Both have released excellent music recently. And the creativity on display here overall is indeed impressive.