Minimalist avant composer of guitar orchestras, Rhys Chatham, brought his 200 six string masterpiece to Lincoln Center on Saturday, August 8, 2009. The outdoor concert resonated through Damrosch Park as Chatham returned to his native New York City after moving to Paris in 1987.


Read this exclusive feature at: 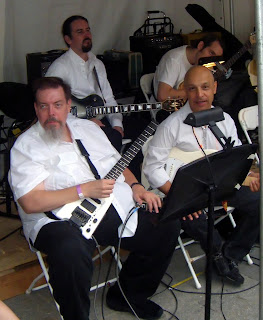 Many guitarists of all facial hair designs participated. 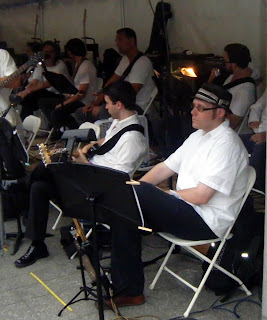 Though it appeared everyone was instructed to wear black pants and a white shirt, personal touches like the "hipster hat" were apparently allowed. Even girls with tatoos joined in on the fun. 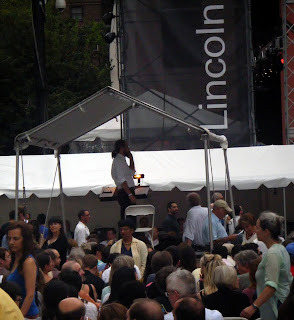 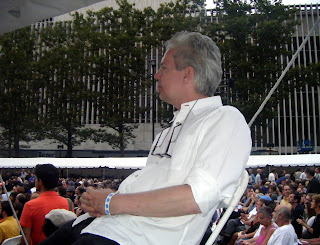 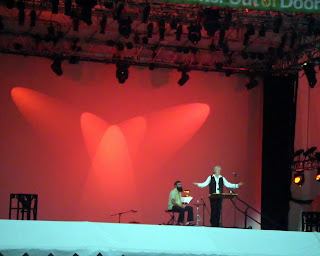 The beatific presence of St. Chatham 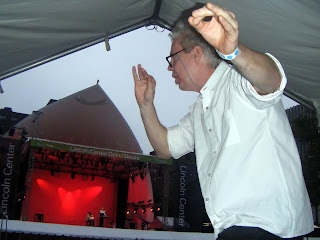 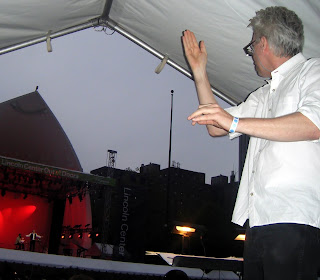 Even karate chop movements were employed. 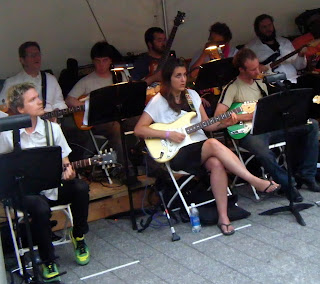 The view from my "foxhole" 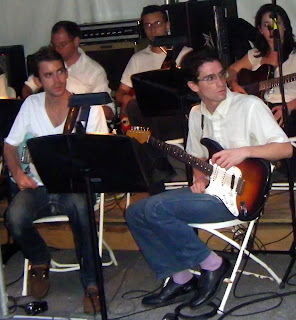 He played it lefthand, but not too far 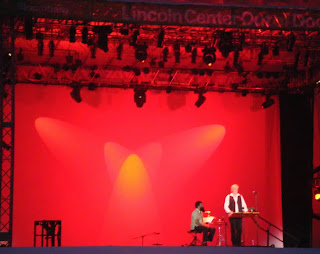 Bathed in Crimson. The Grail couldn't be far behind.


In all seriousness - it was a magnificent performance.
Posted by DaveCromwell at 8:54 PM

This looks like an interesting event
The Big Apple has it all, and DC seems to cover most of it ;) Good work my man!

DC does it again, taking why-on-earth-was-this-ever-created music and crafting a carefully constructed companion guide for the inquiring layperson. Considering the size and scope of the venue and the work being critiqued, this was no small feat. Wordsmithing his way through the complexities of this minimalist piece, Cromwell is equally entertaining whether he is glorifying RC-DC (Rhys Chatham-the Deified Composer) or just being a guy and regaling us with some lighthearted mentions of distracted chick watching. Personally, I may not ever fully understand what all those guitarists were musically buzzing about, but from reading his piece, you are left confident that Dave does. And therefore, all is well if it's been Cromwelled.

nice review, dave. like the way you are telling a story this time - everything from your perspective. don't know what exactly, but this time your writing is something different... and if there even are no interesting comparisons as in your last article - i like it.
and i was looking videos from that event, but i couldn't anything with real playing, only chords that sound as rehearsals.... and as i saw video from the previous - catham's orchestra played music was way different. anyway maybe i should dig more into youtube...
feel the free! :)

This is fantastic. Such events are truly breathtaking- the scale of a thing speaks for itself. So many people creating music at the same time! Great, great thing. Fantastic review and pics.